A Long and Horizontal Space

Located near Halla University in Jeju, the site lies at the threshold between the city and the rural area. Multi-family housing villas densely populate the north of the site, and a citrus field is located to the south. A house of horizontal organisation positioned on the gently sloping 2,300m2 area seemed appropriate. A volume according to an apartment plan spreading to the south was placed on the site. This means that volume and space was prioritised over the layout of the house. It is not easy to devise a long volume of 8 × 24m that can be perceived as a single space. This is because the wall breaks up the space during the process of creating a room as a unit. By planning the height of the bedroom at 1m lower than the common space, and the height of the ceiling (roof) at 1.5m higher, the house was able to maintain its horizontal depth. As the ceiling height was reaching 4.2m, it was thought that the house would become overwhelming if it had a flat or diagonal roof. The vaulted roof was considered the best design, in order to create a cosy atmosphere while gaining an open feeling from the raised ceiling. By applying a cycloid, which is a curve made along the radius of the circle, a gently curved roof could be realised. Even though the ceiling height was fixed, the circulation inside the house was designed to allow occupants to experience spaces that change in scale according to the difference in floor heights. Considering the project’s regional characteristics, located on Jeju Island, the house structure used the Japanese heavy timber structure system in order to shorten the construction period while securing the construction quality. It is a method of precutting Japanese cedar in the field and assembling them on site. The cedar wooden columns and arch-shaped glulam roof structure are exposed on the southern side of the building and hidden by the walls on the northern side. In the end, only about half of the structure of this house is exposed, but its simple clarity allows one to imagine the framework of the entire space at only a glance. 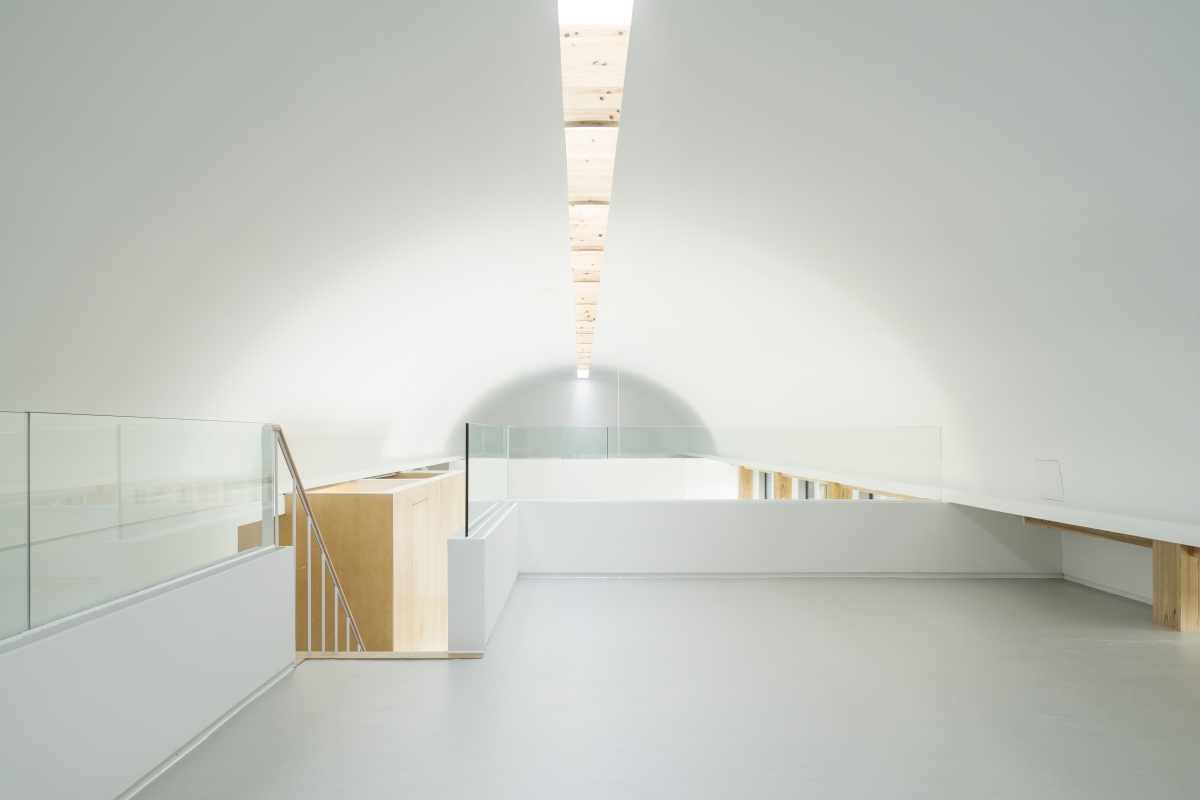 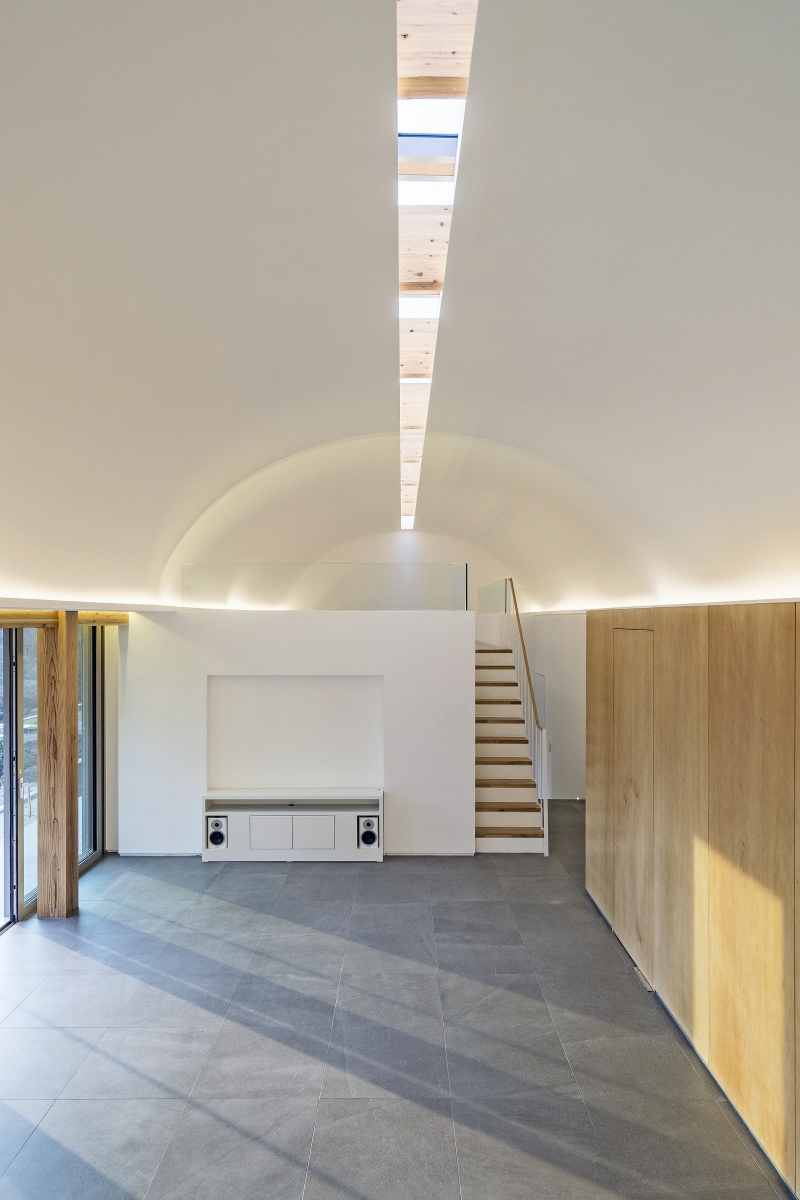 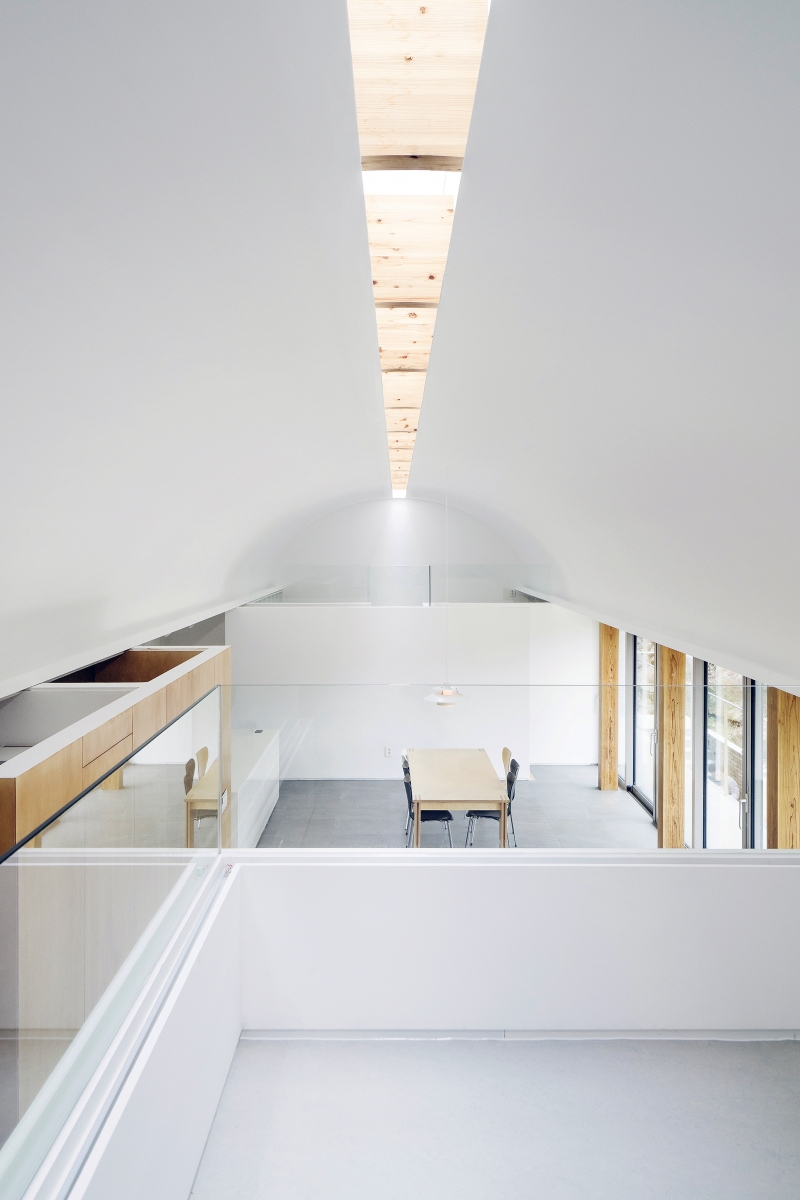 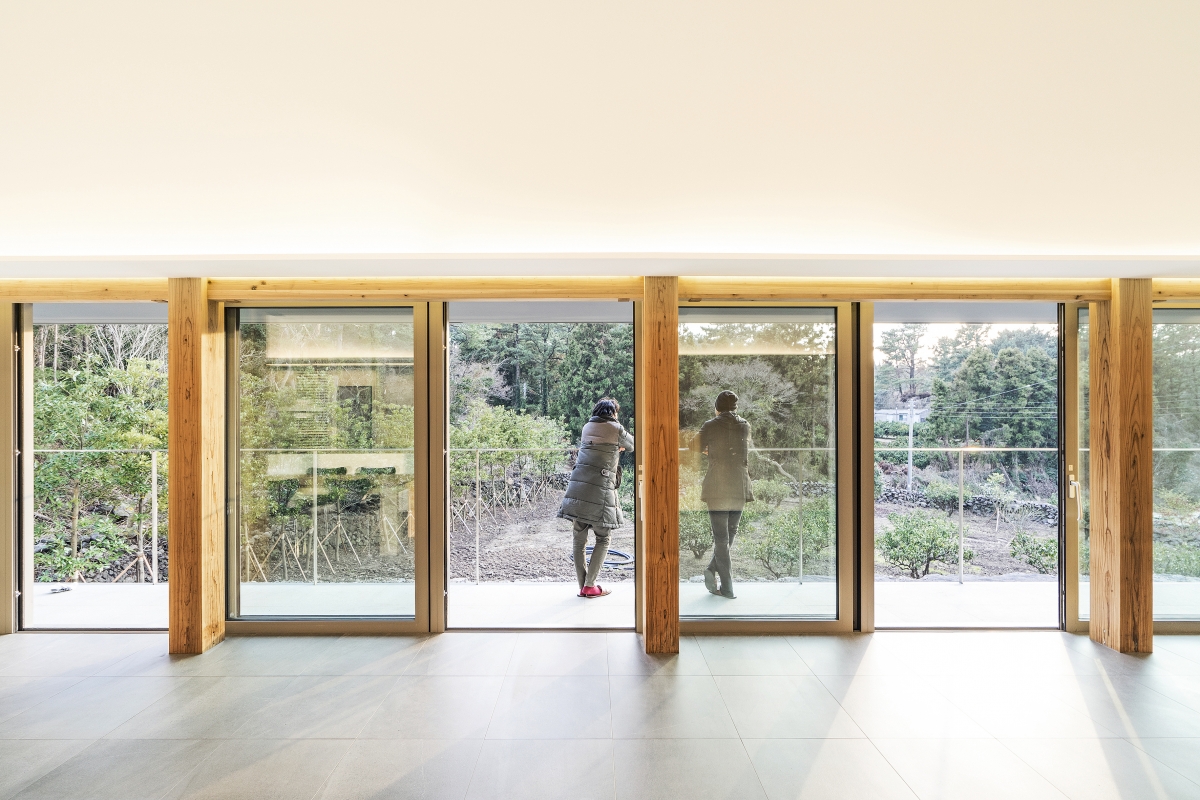 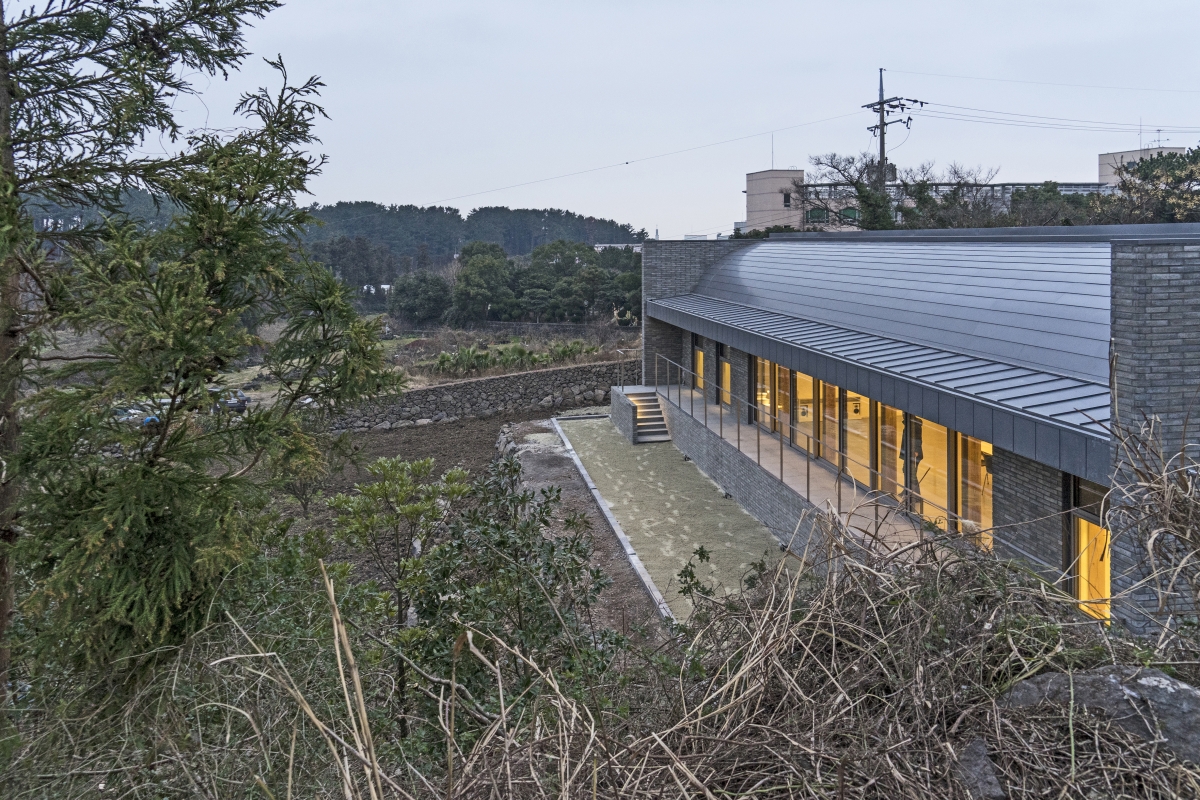 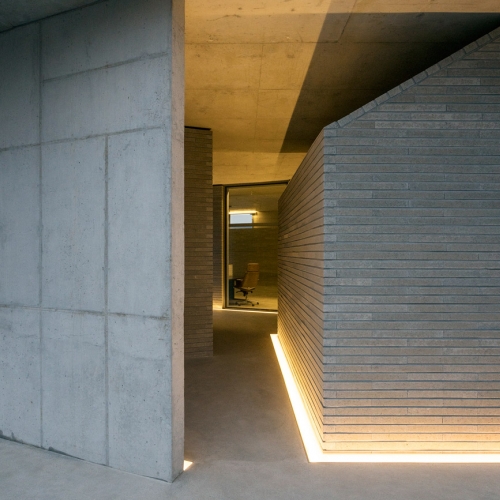 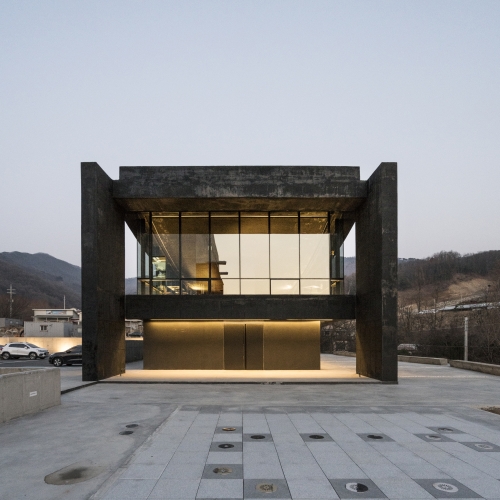 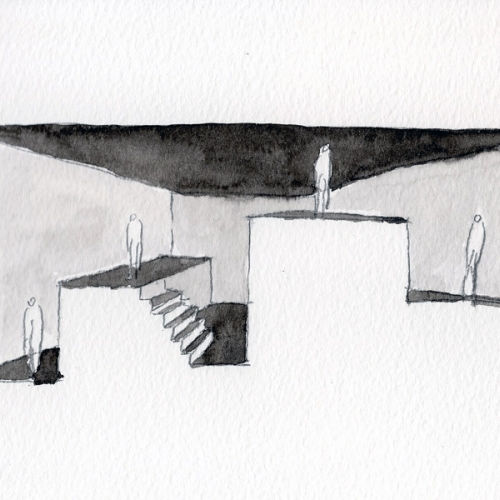