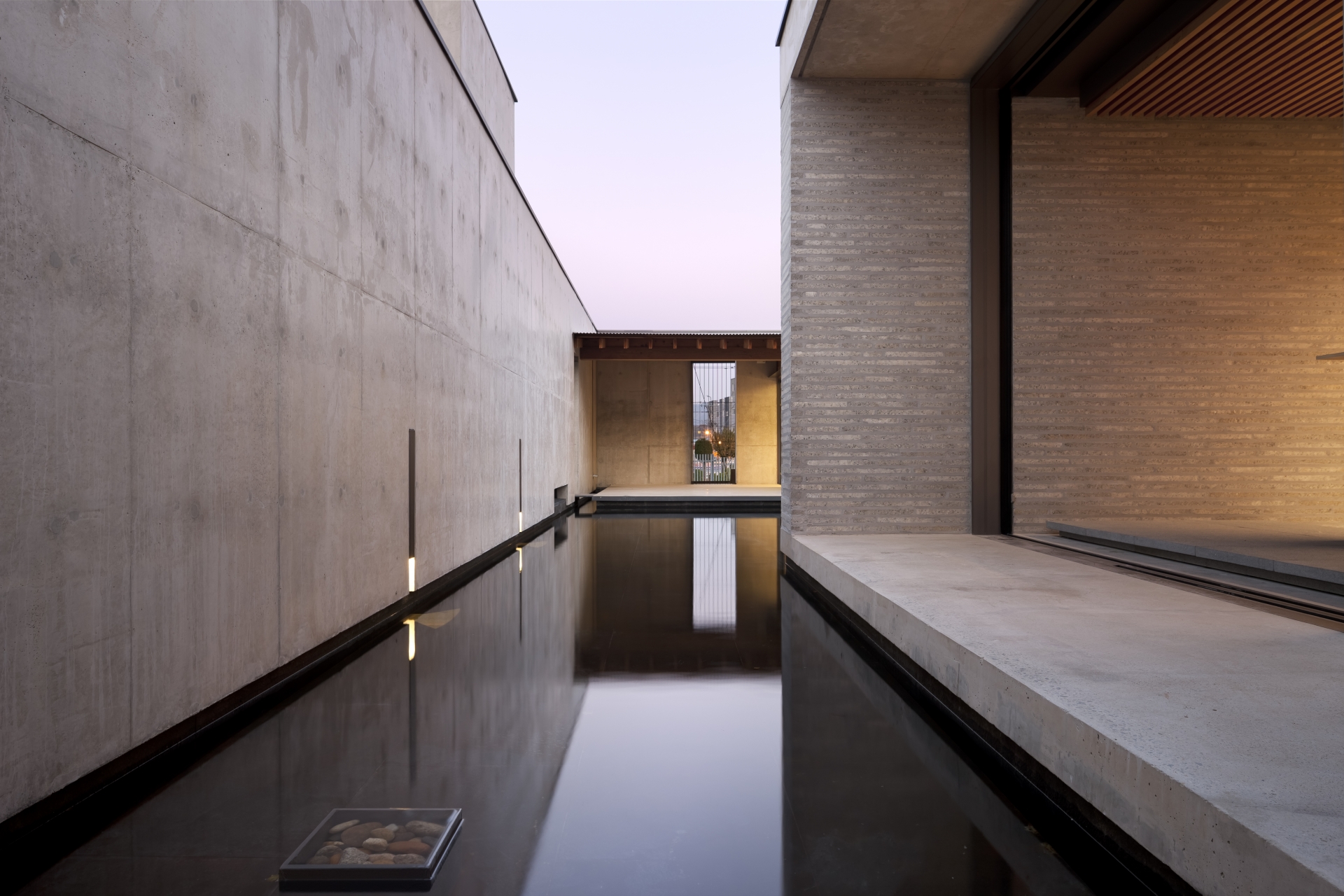 The location in which Munui House and Geuluteogi Church has settled is in a town that was moved from its original spot to allow space for the construction of the Daecheong Lake. After 30 years the acclimated houses and lush vegetation come together to create a harmonious landscape. The owners of this building, a couple, chose this place as the location to live out their remaining days after finishing work in the city.  They asked for a residence where a house and a church could be designed and aligned together in the same space. This composition required a small church to be built with the residence at its centre. Because of this, this church does not really stand out or attract attention like other churches. It is planned as an open space for communication and connection with the town residents, using it primarily as a cultural centre. The housing site is at the centre of the town. In this open site, two unaligned square volumes that contain a courtyard of a different character are laid out in a simple manner. The church was built closer to the town, and the house was built closer to the mountains. Moreover, the church entrance was built on the lower incline, while the house entrance was placed on the higher incline that connects to the back trail in order to separate the traffic lines. Between these two volumes of the house and the church, an inclined entrance yard was built. The linear yard helps to visually connect the street of the small village and the mountains, while also connecting the path from the church to the house. The two buildings have a similar form, but they differ in terms of their spatial composition and material. The house was designed along the incline towards the east-west direction with a gable-roof that encompasses the long yard, while the church

was designed in the north-south direction with a flat roof that embraces the long rectangular yard. Despite the fact that from the outside the gable-roofed house looks disconnected in terms of its form, it is connected in the inside. The church looks united with one external wall from the outside, but it is divided into various volumes within. Such segmentation preserves the independence of each room while embracing the natural landscape between each volume. 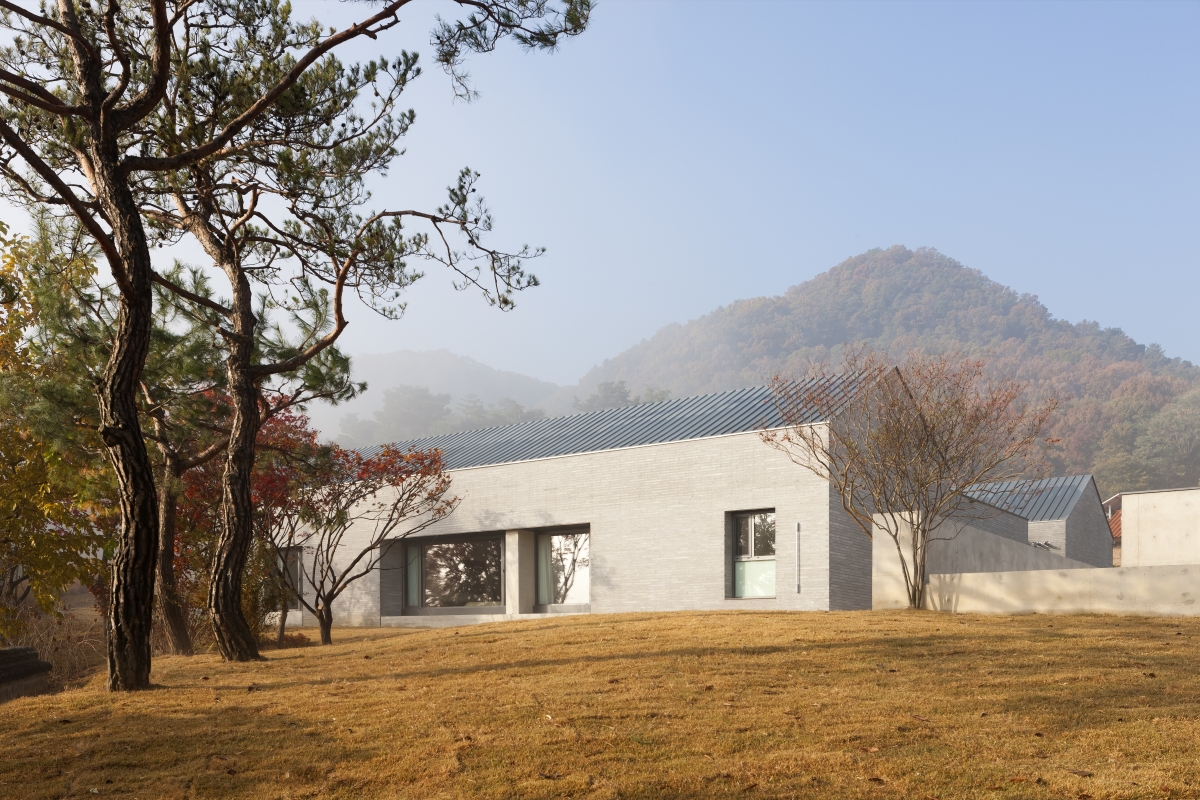 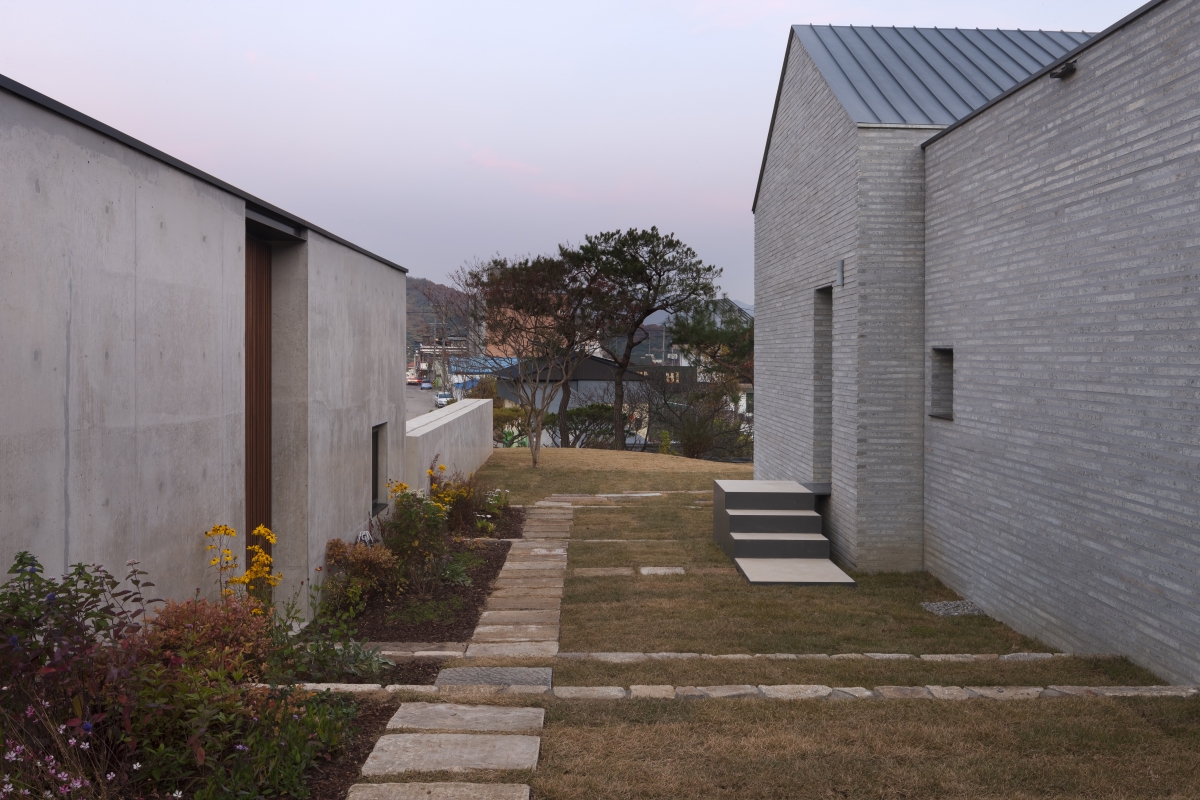 Despite the fact that from the outside the gable-roofed house looks disconnected in terms of its form, it is connected in the inside.​ 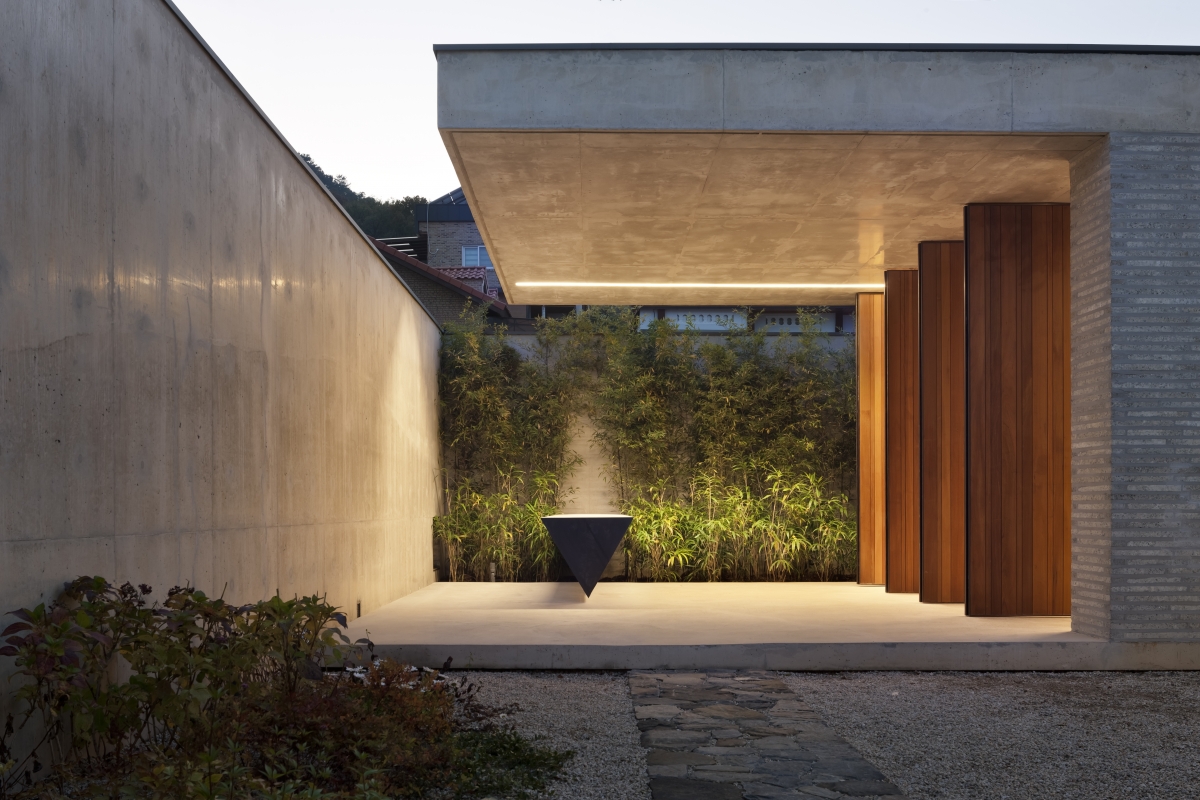 The church was designed in the north-south direction with a flat roof that embraces the long rectangular yard. 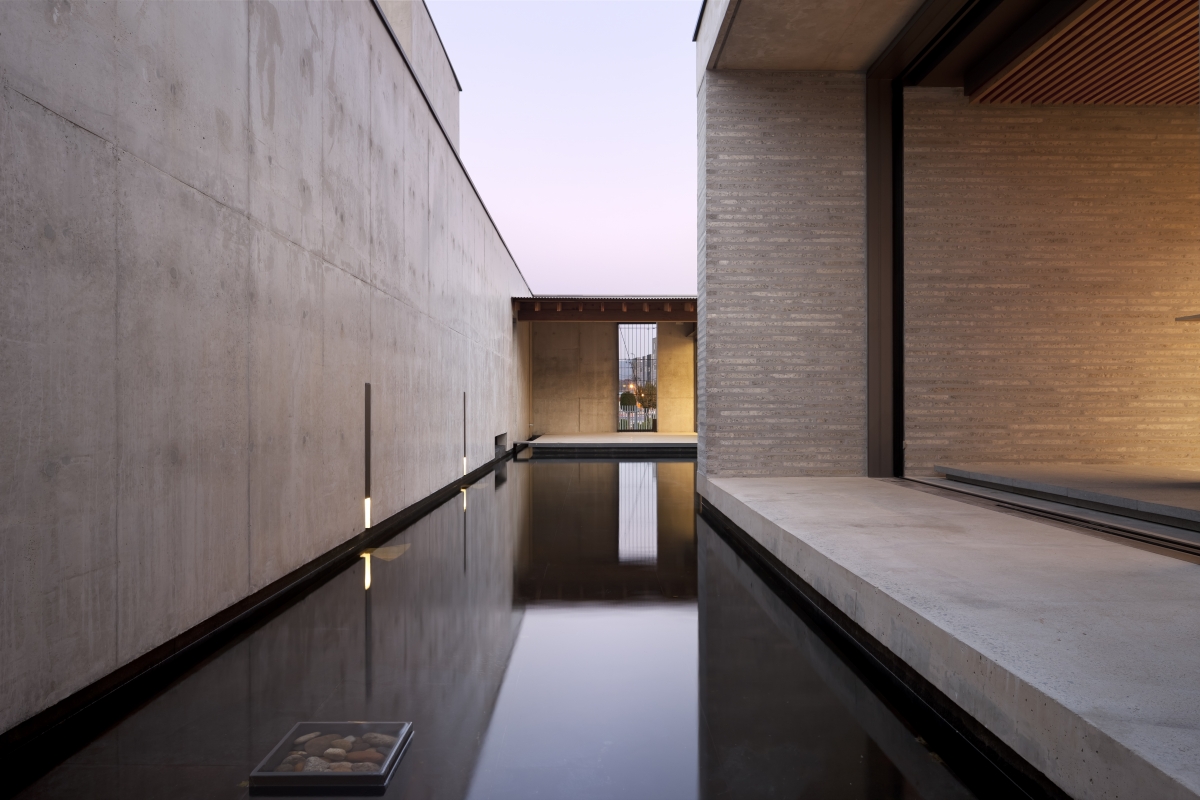 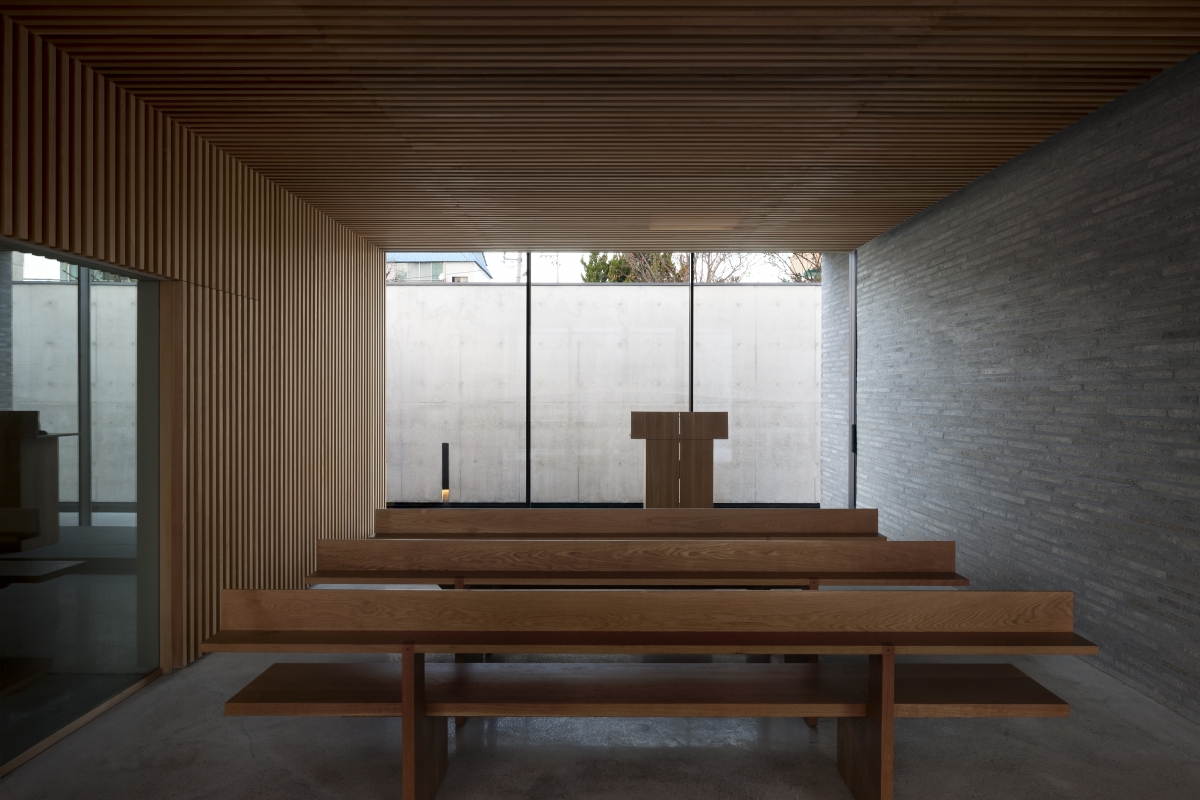 The church looks united with one external wall from the outside, but it is divided into various volumes within, such as the service area, prayer room, office, and dining room.​ 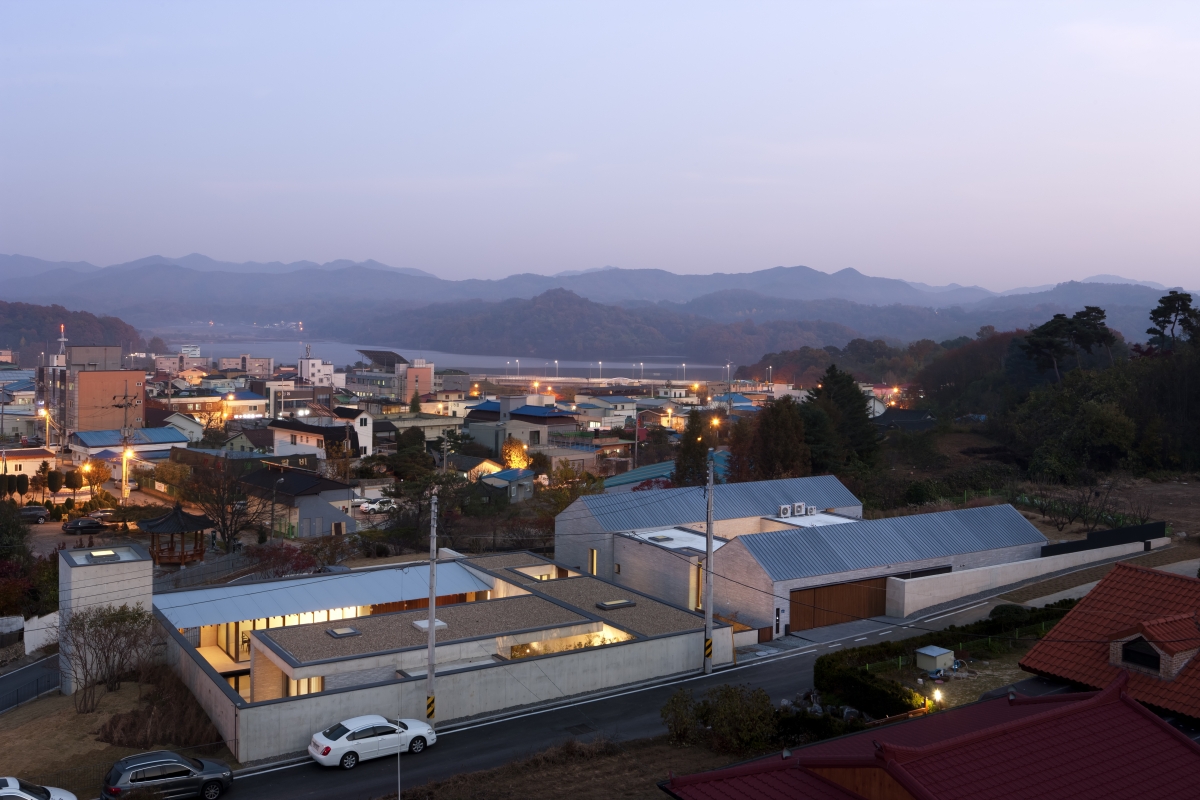 Jeong Jaeheon
Jeong Jaeheon graduated from Sungkyunkwan University with a Bachelors of Science in Architectural Engineering, then he moved to France and was taught by Henri Ciriani at Ecole Nationale d’Architecture de Paris-Belleville. After working at Michel Kagan’s office, he returned to Korea and opened an atelier in 1998. He is presently a Professor at the Department of rchitecture, Kyung Hee University. He is devoted to fostering architects who will lead the next generation, in tandem with working assionately at MONO Architects as an architect to build people’s lives.
He has won numerous architectural awards with his highly refined projects, such as the Seoul City Architecture Award and Korean Institute of Architects Award (2015) with his project titled Toh Cheon Lilac House. His major works include Yangpyeong Unfolding House, Hosidam, Yiin Design Center, Concave & Convex Houses, Oryukdo Gawon Restaurant, Donggeomri Houses, and Zero-one Design Center, and Dumulmuri House. His publications include Mathematique Sentiment and Toh Cheon Lilac House.
No.614 January 2019 architecture residential house church form linear yard composition
LIST
bookmark_border
favorite_border
40 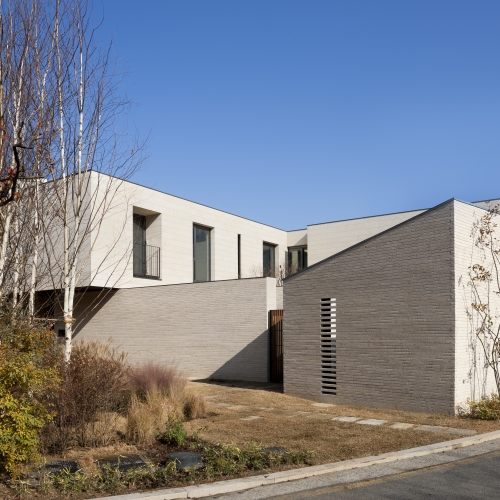 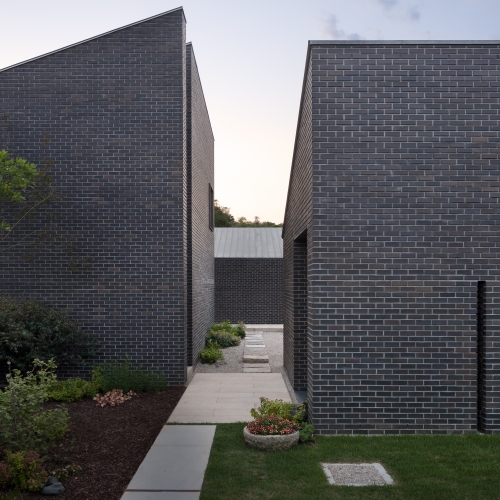 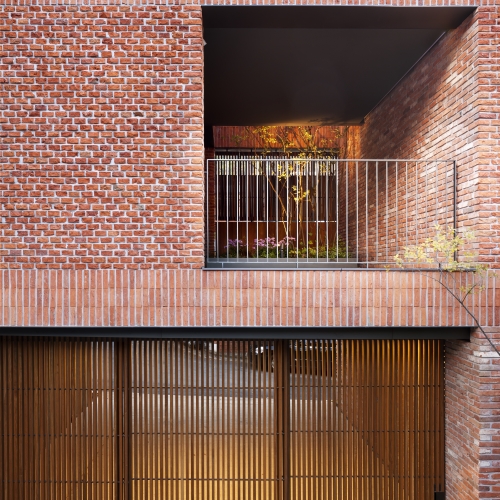 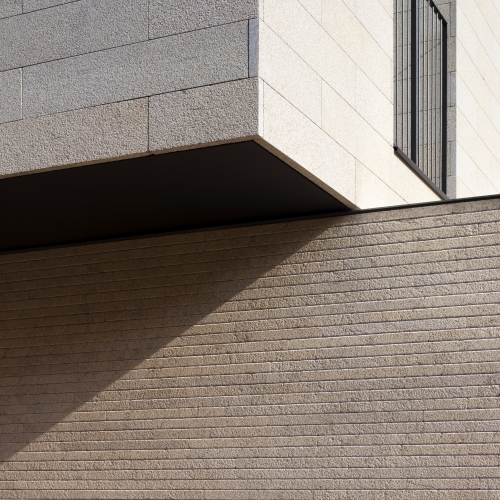