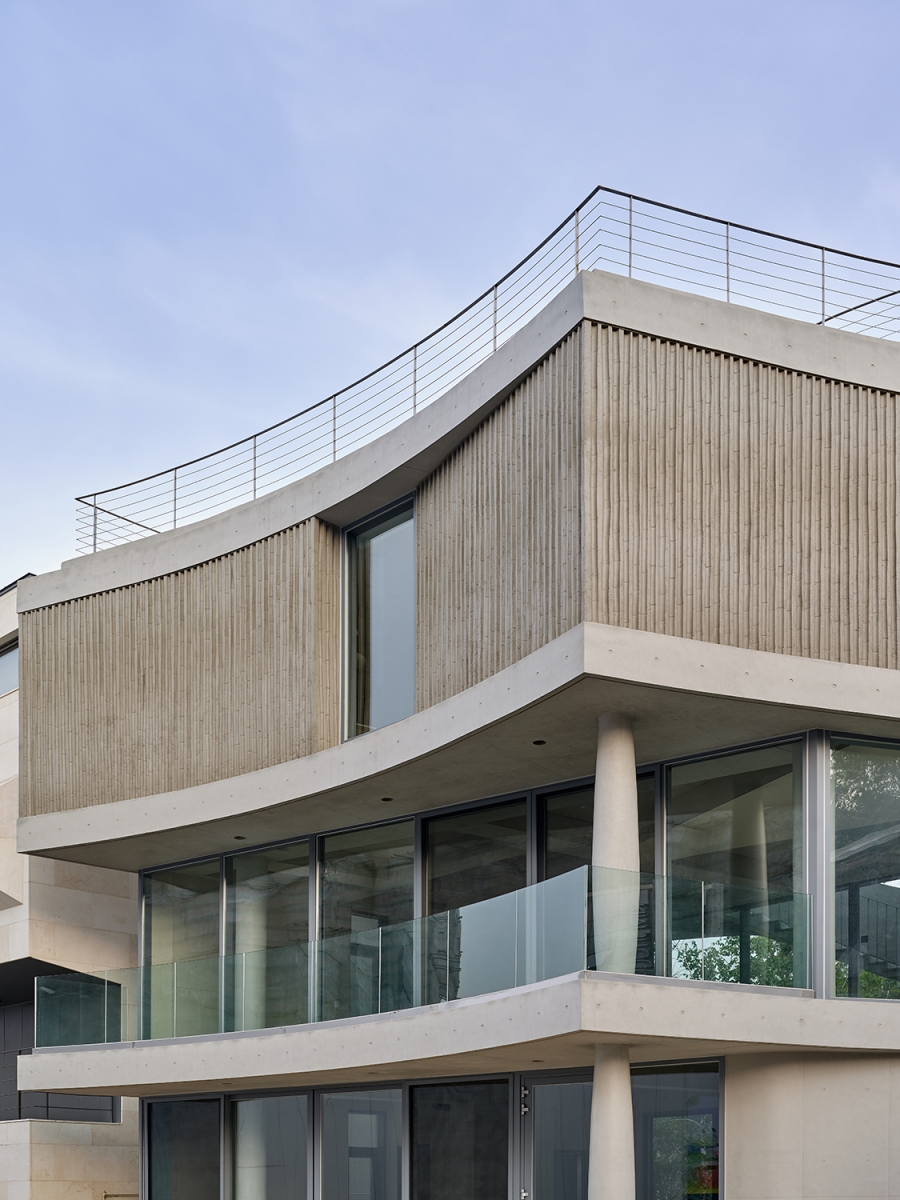 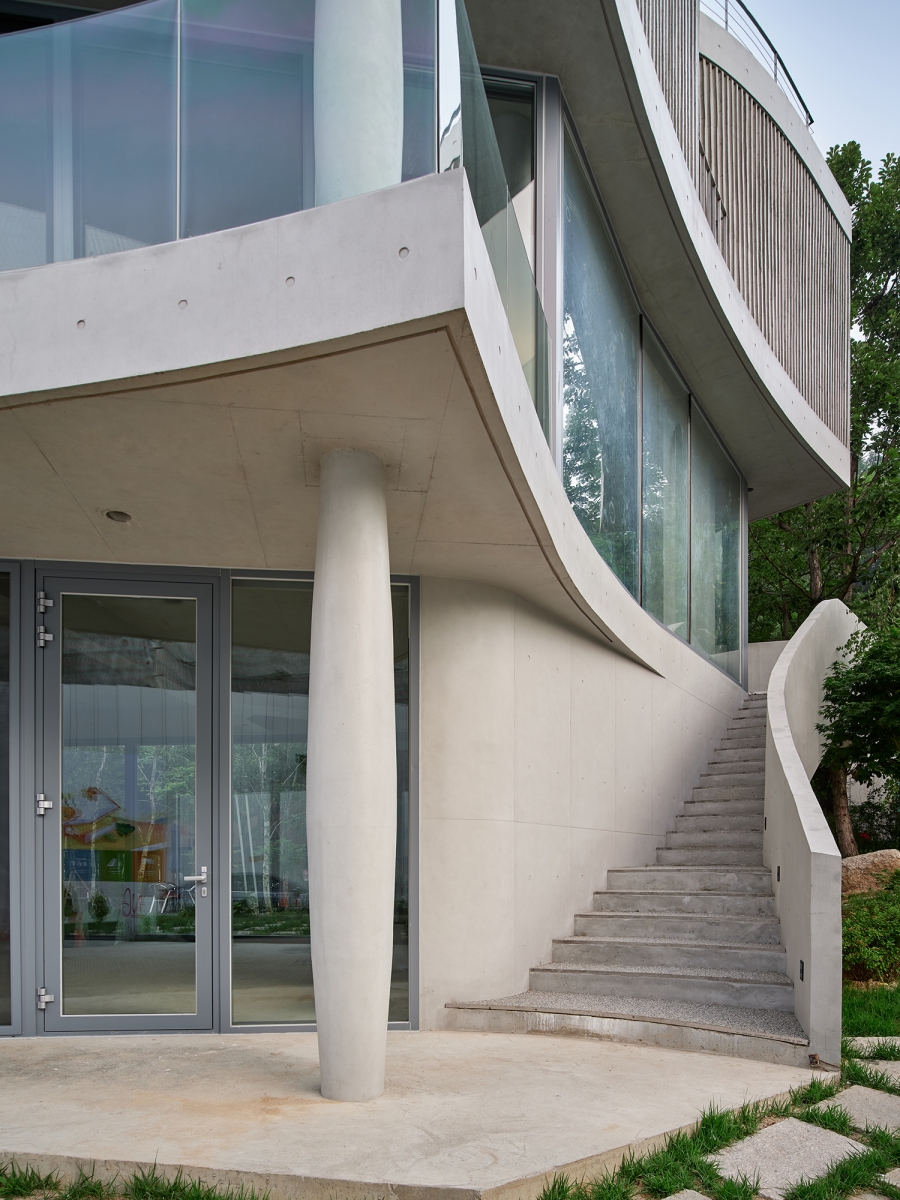 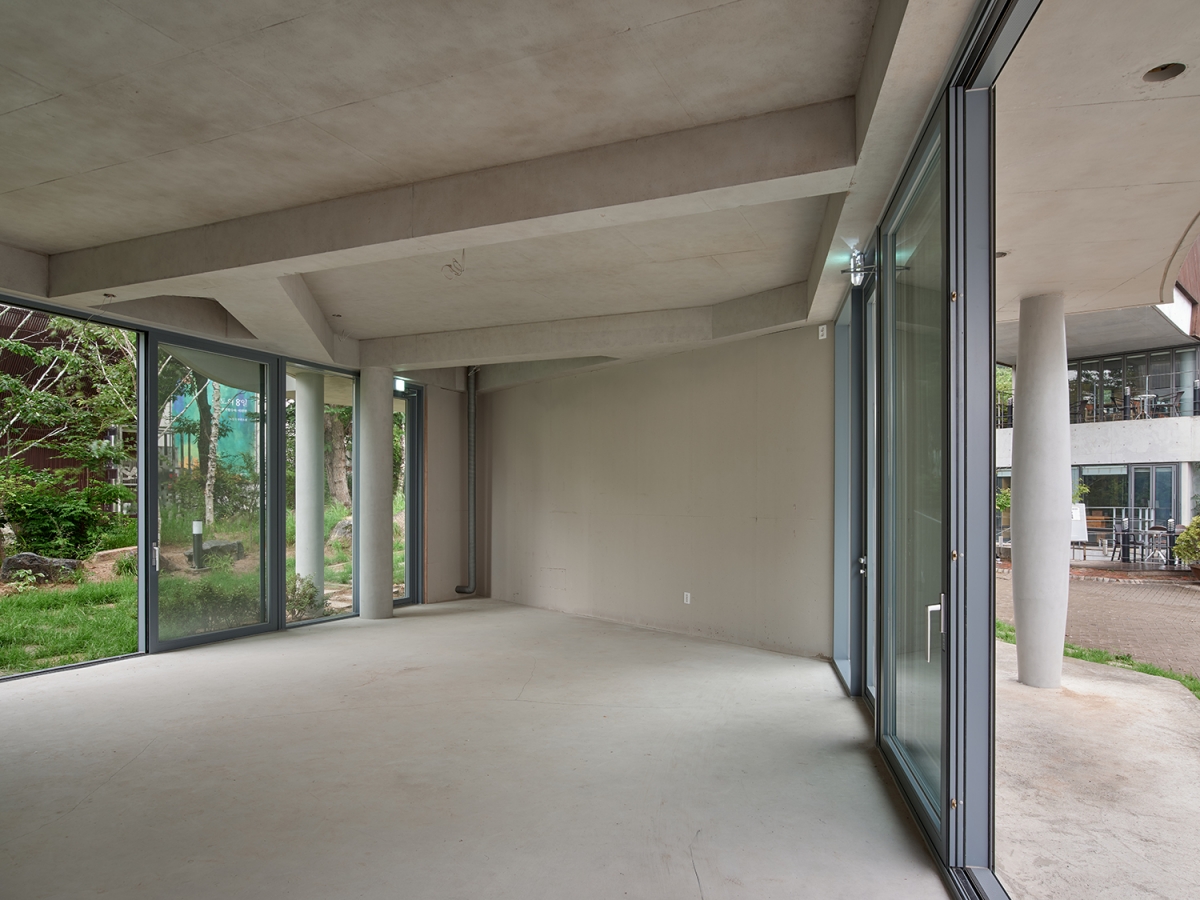 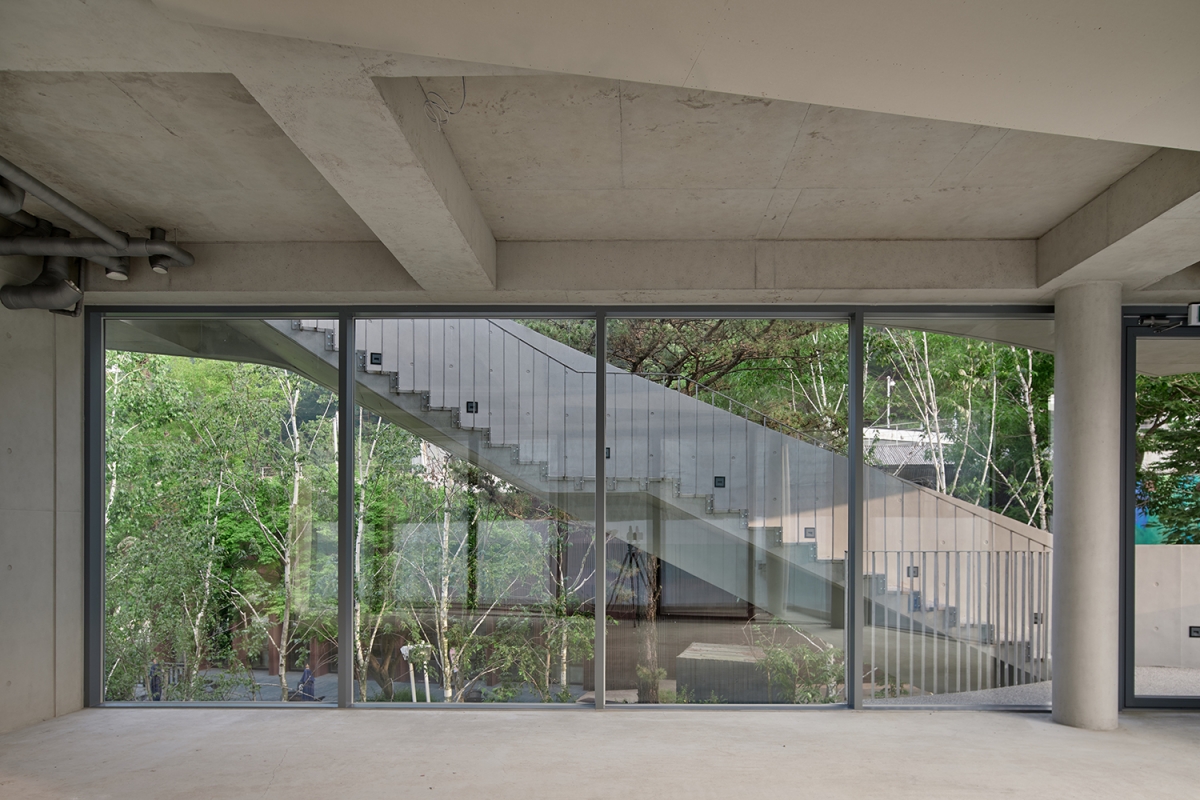 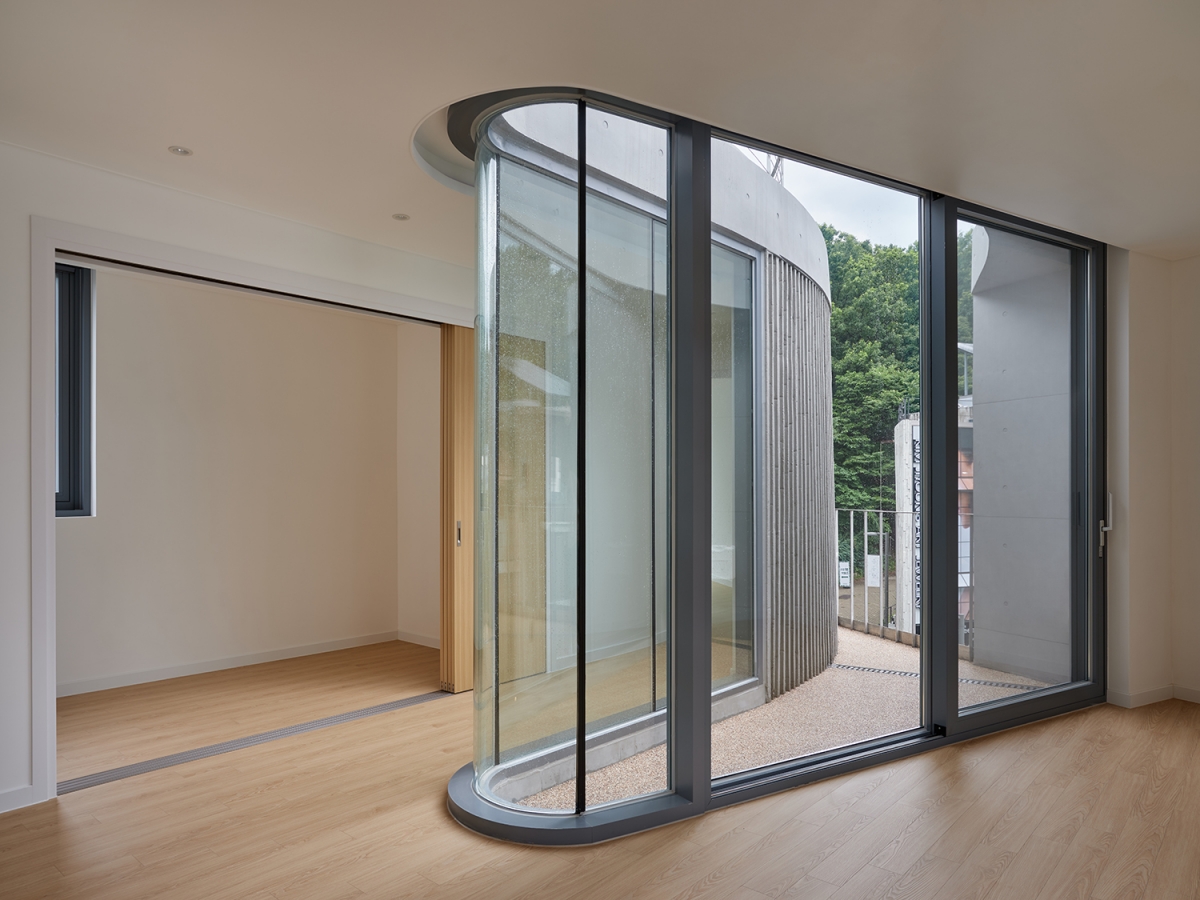 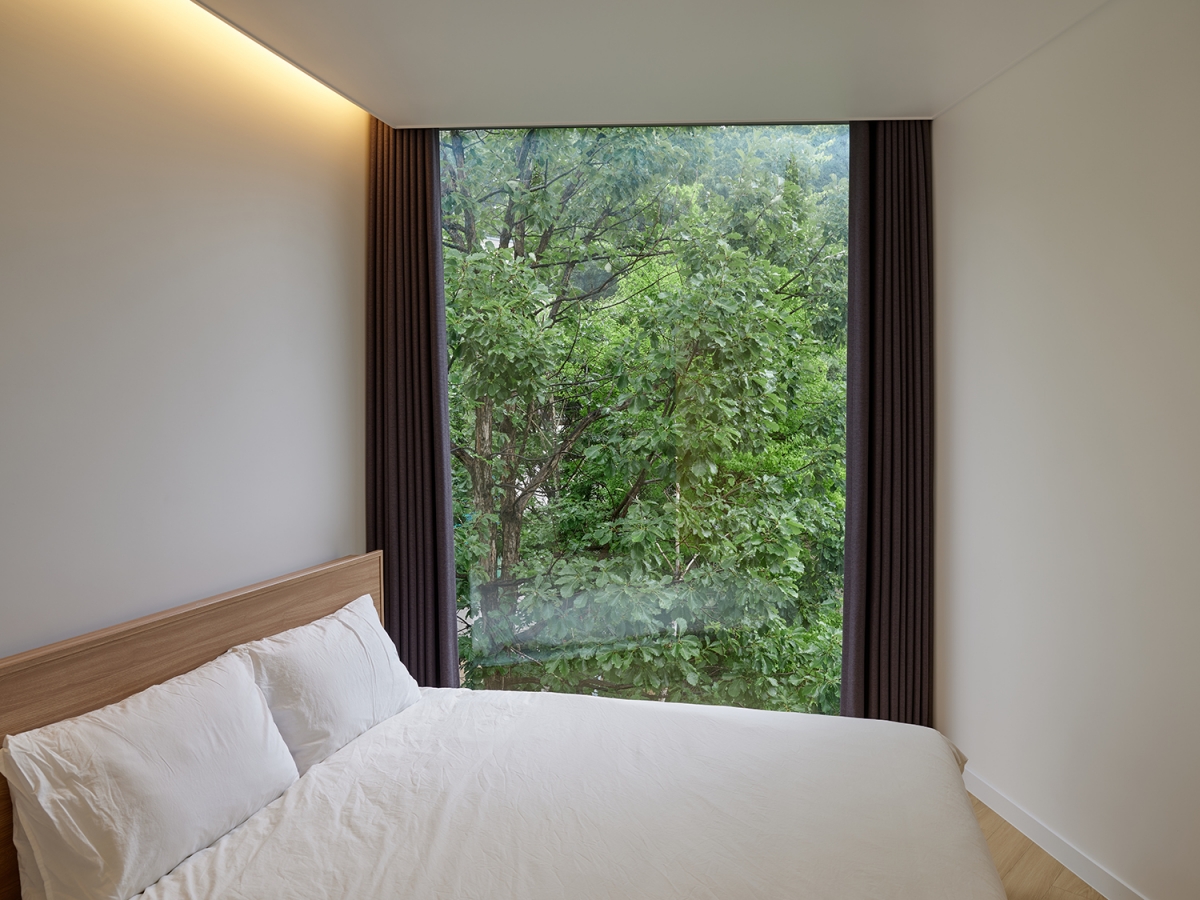 The site is located in the centre of Heyri Art Valley. Located at the corner of the village’s three-way intersection, the site faces into a stream of many visitors and a quiet and peaceful back hill on the north side. The structure that is to be built here is accommodating of the surrounding environment and the flow of the floating population, and is composed of the following methods of dialogue.

The first is the relationship with the site. The site located at the edge of an area with a large floating population is a place in which a stream of people begins to halt and gather, therefore creating a lot of confrontation. This relationship with the site is contained in the cultural space on the first and second floors that are transparent and open to the outside, and also at the corner columns that evoke structural tension. Moreover, the north side facing the back hill is connected to the surrounding environment through the outdoor circulation that also envelopes the trees.

The second is the story of materials. Concrete is a fluid stone, a building material that is easy to shape into an intended form. Although it is has been constructed as a straight wall using an orthogonal system, it is sometimes formed into a flexible curved surface and a three-dimensional entasis column, wrapping its surroundings. It is also a refined and smooth stone surface, but occasionally expresses the natural texture of bamboo that blends with the surrounding trees. Even if it is a single material, introducing the fluidity of concrete makes a difference to the overall texture of the place.

The third is dialogue through experience. The vertical movement of the building takes place on the outside, not on the inside. Beyond serving as functional vertical circulation, the exterior staircase that wraps around the building from the front of the site is a narrow promenade where you can experience the perimeter at a slower pace. As you climb the path that begins wide on the first floor then gradually gets narrower as you reach the second floor, you will face a relaxing terrace. The floating path that passes through this area and connects to the residential space on the third floor wraps around the surrounding trees, recognised as an experience for the stroller rather than as an abstract space. 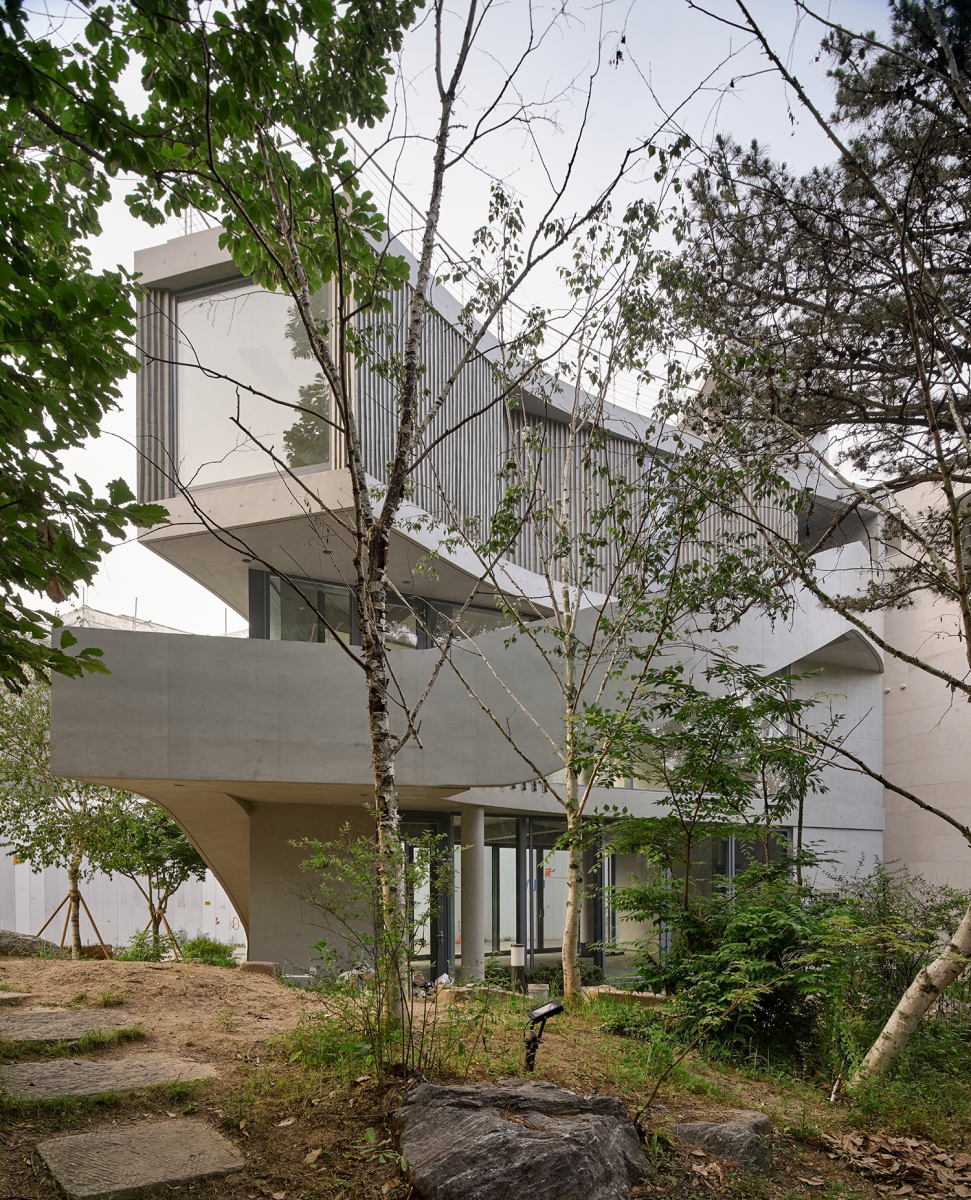