In 1929 for the 2nd CIAM exhibition ‘Die Wohnung fur das Existenzminimum’ (The Dwelling for Minimal Existence) Ernst May invented the ‘traveling exhibition’ to reach a wider audience by sending this exhibition through Europe. In order to achieve this he reduced the representation of architectural works to plans, models, and photos; flexible entities that can be easily shipped. In knowledge of this exhibition, Philip Johnson refined this concept for his 1932 exhibition ‘The International Style’ and established what we today associate with an architecture exhibition: plans, models, photos, texts, documents; artifacts that cannot communicate the essence of architecture but simply narratives about architecture. This fact makes an architecture museum a historical museum, displaying fragments in order to tell a story that might otherwise not be made tangible. And yet historical events are in the past, while architecture can still be in the now just a few kilometres away. An architecture museum simulates, reduces, substitutes, or de-contextualizes architecture. Which raises the question of what an architecture museum should be or seek to do, and it first and foremost definitely should not be a ‘museum’.

Alejandro Zaera-Polo tries to substitute a lacking context in Sejong by reusing dismantled highway sections in his winning project. It is an admirable gesture to newly create a historic context within the building, but it merely substitutes context: the architecture museum as simulacrum, a secondary representation of context containing a secondary representation of architecture.

This raises the question of location. Seoul might be the obvious decision for the Korean Museum of Urbanism and Architecture. Here stand a myriad historic buildings that could be converted and extended in an appropriate fashion to suit an architecture museum; from any ‘Sangga’ like Yujin Sangga or Sewoon Sangga , to any first or second generation apartment complex, to a multitude of obsolete infrastructure buildings, to whole obsolete industrial neighborhoods. However, what about Daejeon or Busan? Maybe we need a decentralised museum that can connect with its wider context and transform it through its content. A new building for an architecture museum is an anachronism, a single location for an architecture museum is a reduction of relevance; the main location away from the architectural community makes it irrelevant.

It is almost offensive that architecture is to be abused, as if part of a cultural amusement park, in order to make a new town more attractive. Following such an approach, architecture will become the fig leaf of culture, rotting in oblivion. The ‘Bilbao Effect’ revitalised a historic city suffering from structural change, but it was a city already of a distinct identity and meaning, and would have survived without the Guggenheim Museum. Sejong first has to find its own identity and meaning – it should not have to rely on a misunderstanding of the Bilbao Effect to give it meaning. Wouldn’t it be much more useful to move the National Museum of Korea to Sejong to plug into the foundational meaning of Sejong as the administrative capital of Korea?

A living architecture museum does not educate the general public about the abstract reflections upon architecture or its history, but explains the built environment we experience every day in all its complexity. As such, it cannot be located in the absence of historic complexity.

One can sense in the renderings for the winning project of the competition, in which Alejandro Zaera-Polo deliberately placed a myriad of fake historic architectural fragments throughout his design, that in this generic location no meaningful discourse can be established. Through this imagery he points out that this museum is only directed to laypersons, dumbing down what an architecture museum can or should do.

This raises the question of what or how to exhibit. Clementine Deliss in her book The Metabolic Museum suggests that a museum has to operate through the aim of building up knowledge. It is neither simply a storage facility nor a place of one-directional knowledge transfer, but a place in which to gain and accumulate knowledge through one’s response. It is not only the visitor who is educated, but the museum also learns from the visitor: the museum can be a two-directional academy that constantly evolves in reaction to its audience by giving their thoughts equal representation as the exhibition itself. This is the museum made laboratory, an active place capable of generating architectural discourse. A national museum requiring a substantial journey to Sejong, for those able and qualified to contribute to such a place of knowledge creation, is widely inadequate.

This raises the question of how to establish a meaningful architecture museum. The National Museum of Modern and Contemporary Art, Korea (MMCA) was deliberately placed within a historic context and within a cluster of art galleries. It thrives because of the effects of exchange and synergy. A museum is not itself alone, it requires the surrounding infrastructure of experts, institutions, practitioners and interested audiences. It requires emotional investment from its users in order to thrive. A Korean Museum of Urbanism and Architecture in Sejong would be a tombstone to architecture, an empty monument, a bunker for a forgotten archive.

There is a simple thought experiment. Let us assume tomorrow the political decision is made to move the MMCA out of Seoul to Sejong. There would be an immediate outcry from the art community ringing with a multitude of arguments as to why to remain in Sogyeok-dong. Every single argument can be applied to the question of why the Korean Museum of Urbanism and Architecture should not be in Sejong. But where is the outcry from the architecture community? Architecture has long lost its voice in terms of cultural relevance. We are afraid to speak up out of fear of retaliation from decision makers. We became subservient to the building industry, interest groups, politics, and capital afraid of losing potential clients. Our silence diminishes the importance of architecture further.

The urgent necessity of a Korean Museum of Urbanism and Architecture is indisputable. Architecture deserves potent representation within society in order to communicate, educate, and represent itself. However, an architecture museum disconnected from the people that make architecture possible is fundamentally flawed.

A public discussion about this is only beginning now, after the fact of a decided competition. Instead of stuffing our hopes into a sarcophagus in Sejong, we, the architecture community, have to go back to the start. First we have to publicly discuss what kind of museum we need and want; from this a programme has to be developed, from this a location has to be determined, from this a competition can be launched; bottom-up and not top-down. (written by Ryul Song, Christian Schweitzer)

Ryul Song
Ryul Song practiced as an architect in Frankfurt, Germany, and in Barcelona, Spain. In 2001 she established the office SUPA Schweitzer Song with Christian Schweitzer in Frankfurt, and since 2005 has lead their office in Seoul. From 2005 until 2008 she taught design studio in the Architecture Department of the Korean National University of Arts. Now she is an Adjunct Professor at Korea University and the publisher of the magazine SUPTEXT.

Christian Schweitzer
Christian Schweitzer, who since graduating in 1999, has practiced as an architect in Frankfurt, Germany. In 2001 he established the office SUPA Schweitzer Song with Ryul Song in Frankfurt. He was the co-founder and vice-director of Ernst-May-Museum in Frankfurt from 2003 until 2006. When the Seoul office was launched in 2005 he has worked as a Visiting Professor in the Architecture Department of the Korean National University of Arts until 2014. Since 2016, he is an Adjunct Professor at Hanyang University.
No.639 February 2021 Ryul Song Christian Schweitzer Sejong Korean Museum of Urbanism and Architecture
LIST
bookmark_border
favorite_border
59 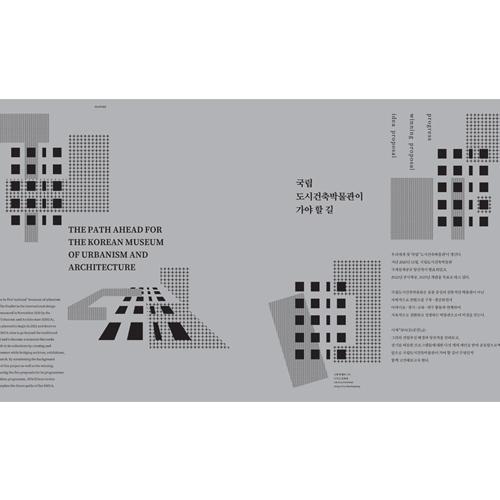 International Design Competition for Korean Museum of Urbanism and Architecture: The Winning Proposal ‘A Recycling Assemblage’