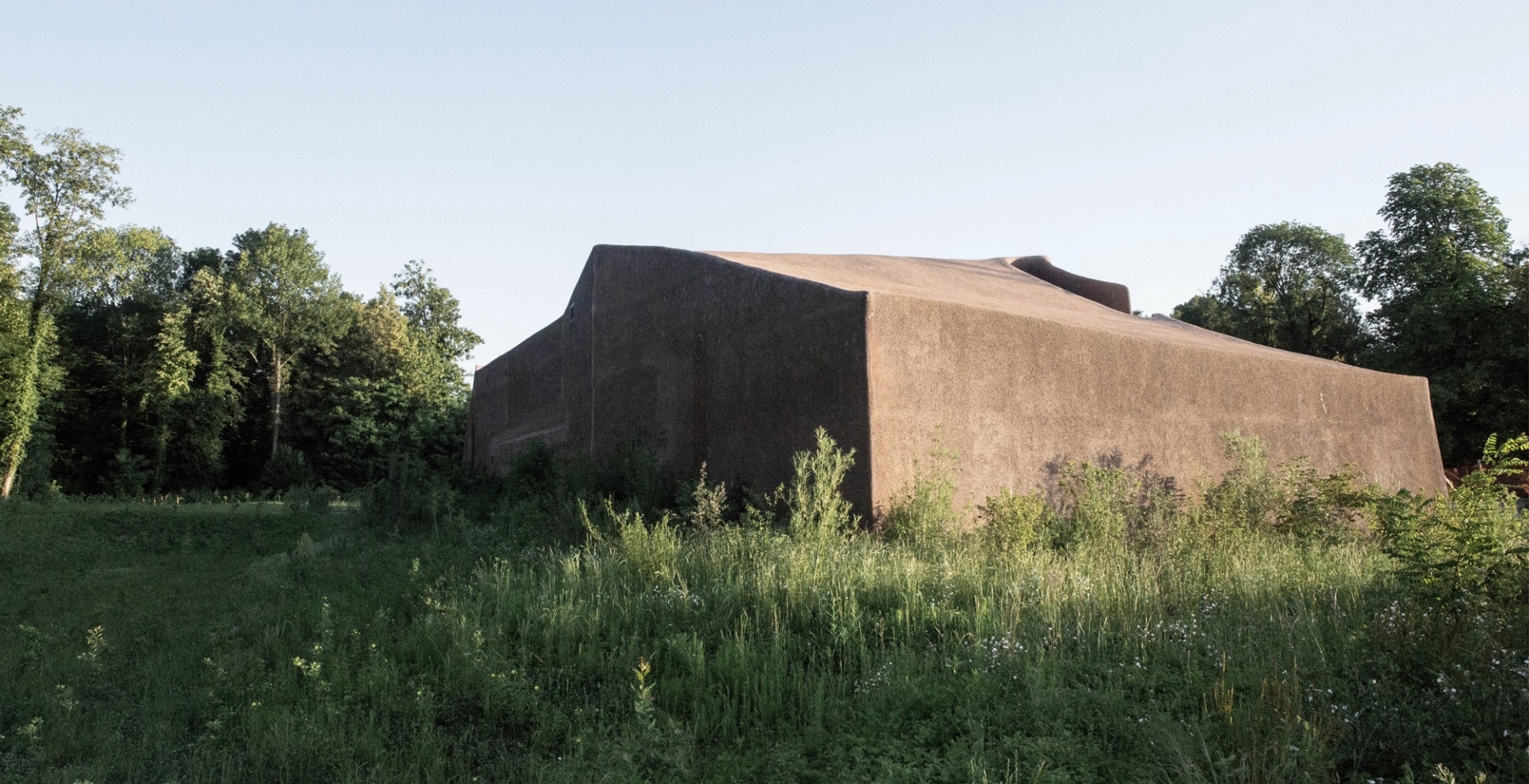 Water Space that Harmonizes with Nature

Choi Eunhwa (Choi): What were the requirements when the city of Muttenz initiated the project in 2011?

Beat Huesler (Huesler): The city had a sufficient budget to plan an industrial building—but not one that had a more formally innovative expression. As such, the intention was simply to bring together a visitors’ space and a purification plant within the budget.

Choi: The Muttenz Water Purification Plant is located in a forest close to the River Rhein. In Korea, the laws and regulations are complicated and strict in designated green areas. What is it like in Switzerland?

Huesler: It is probably even more complicated in Switzerland than in Korea. The challenge was to build in an area in which you are not allowed to build. The building sits on a drinking water plain, and typically, as soon as rain falls on the building, it is considered polluted. We couldn’t use copper or any other metals. We had to undergo a very sensitive selection process of materials to ensure the water could not be contaminated. There were also many additional construction site requirements: no heavy trucks; no oil leaks; the need to protect the surrounding forest.

Choi: It has been claimed that the design of the interior space is engineering-driven, as it follows the arrangement of a water purification facility, and this also determined the form and the size of the building.

Huesler: It was very difficult to derive a form from the context. We looked at what elements could drive the shape. When we approached the brief, it was just a simple box with a height defined by the tallest element inside, the silo. We questioned that box. Part of that box was also to be a visitors’ centre—a typically dull, climate-controlled space in the building that could hold 30 people. We wanted to bring this programme to the forefront. Now it’s a space in which you can experience water in all its forms.

Choi: The plant not only purifies water, but also acts as an education and exhibition space to teach visitors about the water purification process.

Huesler: The space is not climate-controlled and so allows visitors to feel the water. Most people in the town don’t know where their water comes from. After a time, the patina of the building will also reveal the passage of water—its pattern visible through the rough façade. This means that even those traveling on the nearby highway, at 50 miles per hour, will also see its effects.

Choi: The alcove at the entrance to the plant features water in various forms. People walk across puddles using stepping stones, watch rainwater flow through the ceiling from the roof on rainy days, and are surrounded by a fine mist depending on the weather and the time. What kind of activities did you expect to host when designing this unique approach, setting aside the potential inconvenience?

Huesler: The visitor centre was, in the original plans, three times the size, and was much more than an entrance. In the valueengineering phase, we reviewed its location and the circulation became a podium from which to see the infrastructure, a stage for viewing. From this point of view, people can see both the untreated and the treated water—the full process linking the two.

Choi: There are cracks in the huge volume that resembles a rock. What were your concerns when designing the openings?

Huesler: The openings were reduced to be at a minimum. Although the design brief didn’t initially detail a need for them, we quickly realised at the design development phase that the client wanted several. Now they are managed discreetly, and they help to modulate the form. There is a beautiful moment in the freestanding shotcrete wall, in which we hide three doors and some windows from the facade. In the visitors’ centre, the windows are placed in positions that allow for the most sunshine to reflect on the water.

Choi: Shotcrete was used as both a finishing material and as a structural material.

Huesler: While we were given a budget to realise an industrial building, with a typical industrial finish, the use of concrete allowed us far more possibilities at the same, if not at a lower cost. A standard cladding in metal would need constant maintenance. Wood cladding would require a coat of paint and treatment every few years, while concrete allows us to eliminate the need for maintenance and reduce the number of complicated details. It also allows us to be far more expressive and to develop an organic form.

Choi: You said the rough façade is supposed to be covered with patina and moss stains, blending into the surroundings little by little over time. As it has already been two years since completion, how do you now regard the plant?

Huesler: It still has the potential for growth—it takes a while for flora to attack the building. The shotcrete now shows some calcium lines and drip traces. We will need a few seasons for the moss to be fully visible. The client just finalised planting trees around the plant. The building will be at its most beautiful in 10 years, when it is fully embedded in nature.

Choi: A lot of things must have happened throughout the project’s development, throughout the seven years from 2011 to 2017. Can you recount a particularly memorable episode?

Huesler: As the architects, we were the odd ones out at a table of 25 pragmatic engineers. One, who was the most critical of our scheme, and who had seen us as the enemy at the beginning of the process, is now very proud of the project. It’s even his personal WhatsApp photo. 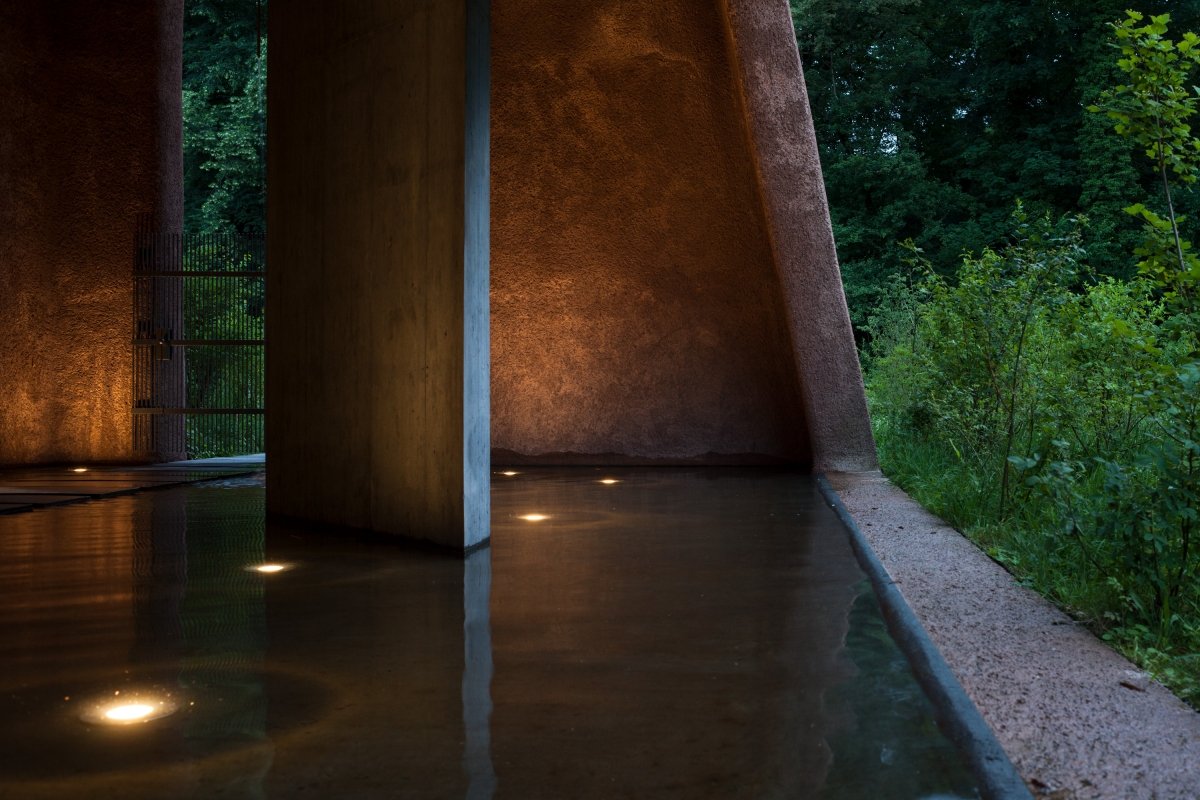 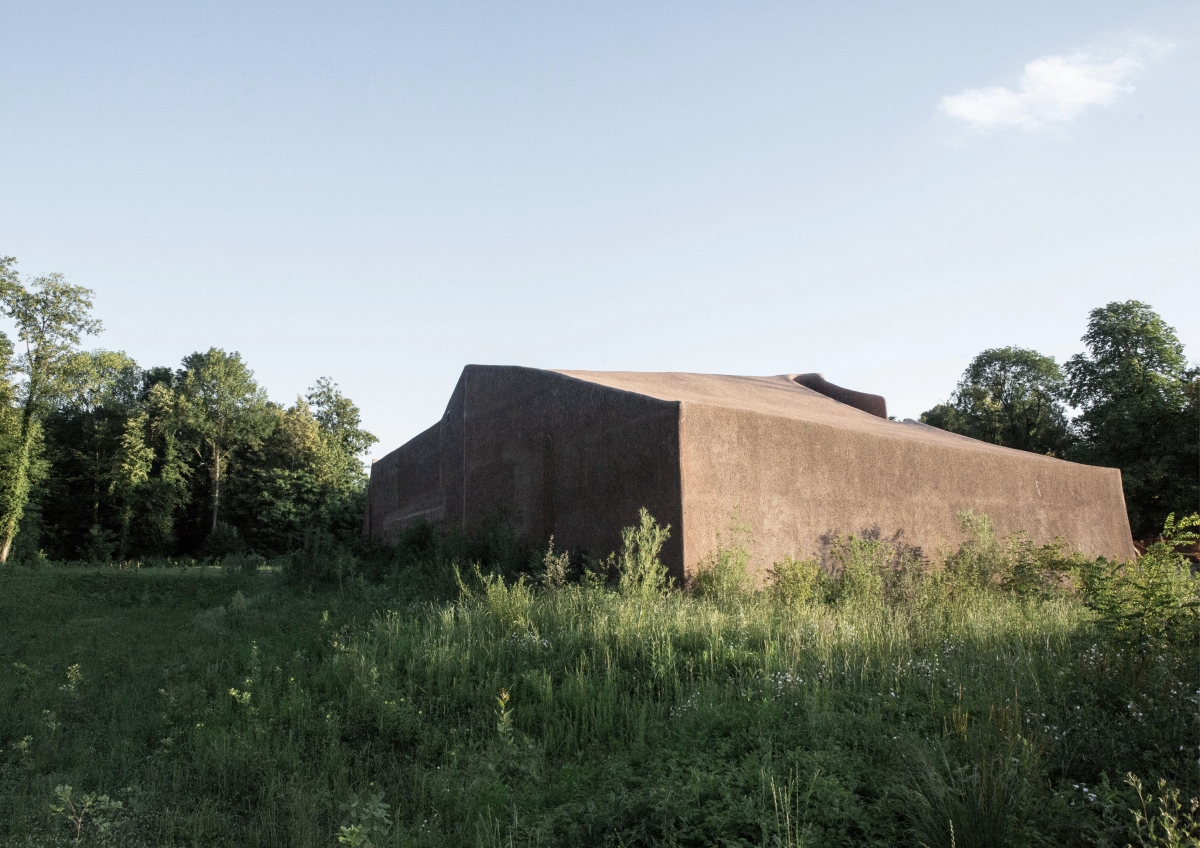 Oppenheim Architecture
Oppenheim Architecture is an award winning architecture, planning, and interior design firm specialising in hospitality, commercial mixed-use, retail and residential buildings worldwide. With over 70 firm distinctions, including over 45 AIA Awards, the firm’s work is built on both a physical and spiritual contextual sensitivity, supported by evocative and economic design solutions that all serve to enhance life. The firm’s projects are crafted to establish the perfect balance between artistry and economics—timeless architecture that is as beautiful as it is functional. With projects spanning over 25 countries, the firm designs with sensitivity toward man and nature—harmonising with the surroundings of each context. Oppenheim Architecture is headquartered in Miami and has offices in New York and Basel.
No.620 July 2019 Beat Huesler Oppenheim Architecture Muttenz Water Purification Plant Switzerland Basel Muttenz Shotcrete Forest Water
LIST
bookmark_border
favorite_border
21