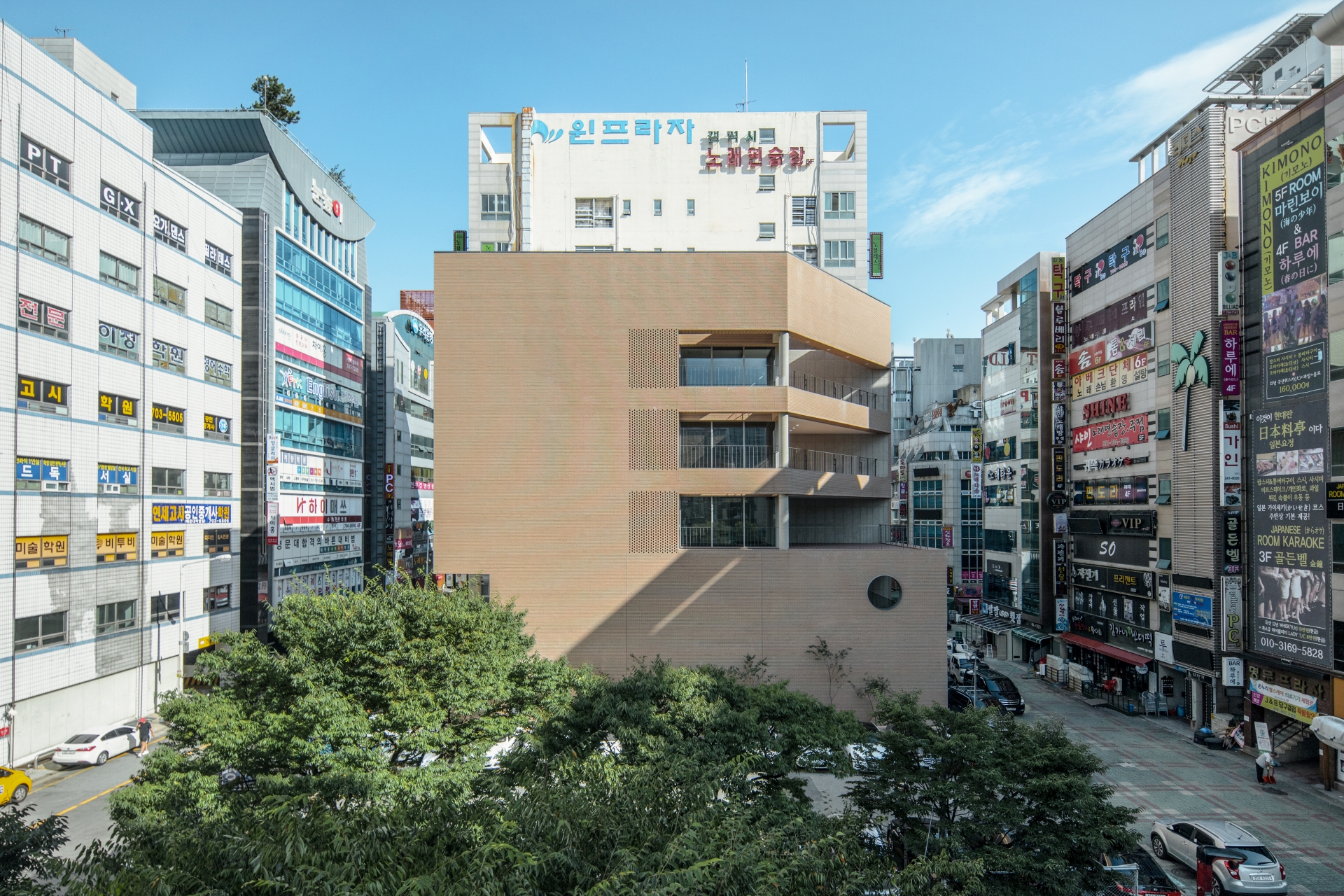 Most buildings in the new town take similar shapes since they were built in almost identical sized block, building as large and tall as possible. As most of the ground floor area is occupied by the common space and driveway to underground parking lots, there is no room for pedestrians to have a relationship with buildings. Neither do the upper floors show better structures. Even though these design of commercial buildings seem inevitable for increasing the rental profit, the disconnected and monotonous shapes with the streets led to the decline of the commercial area. 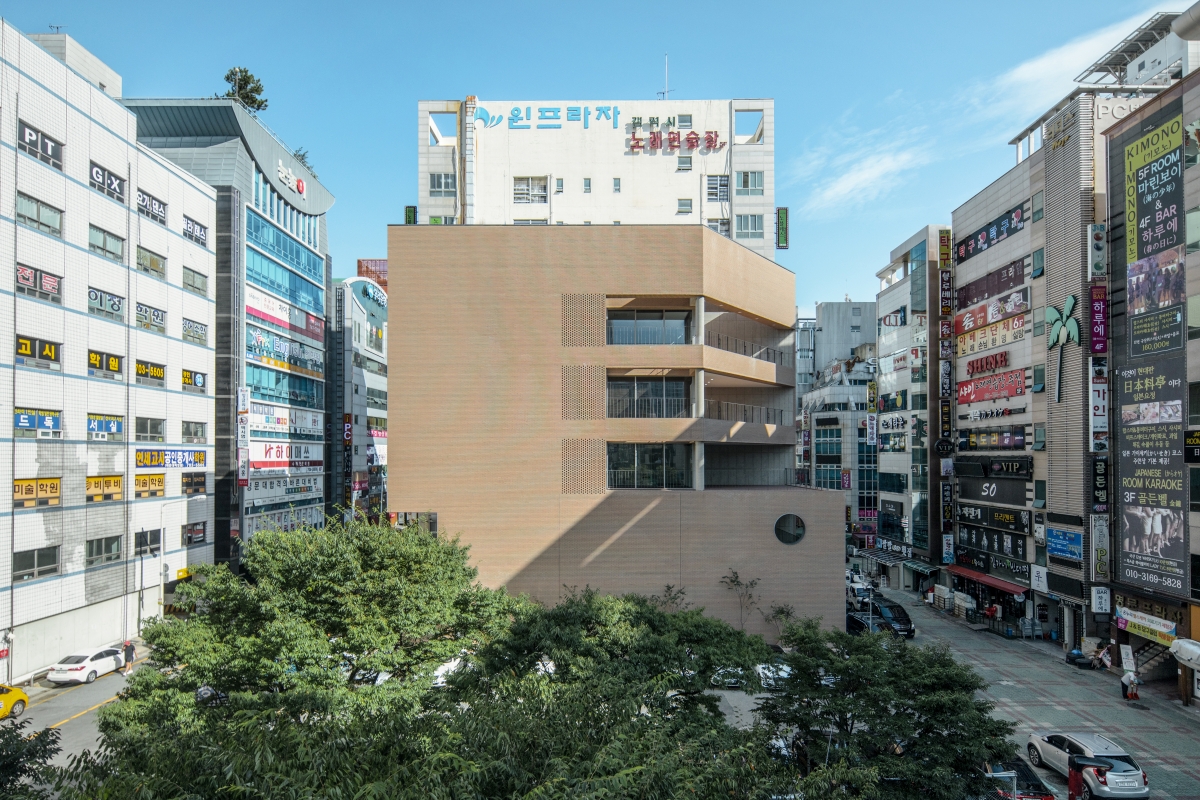 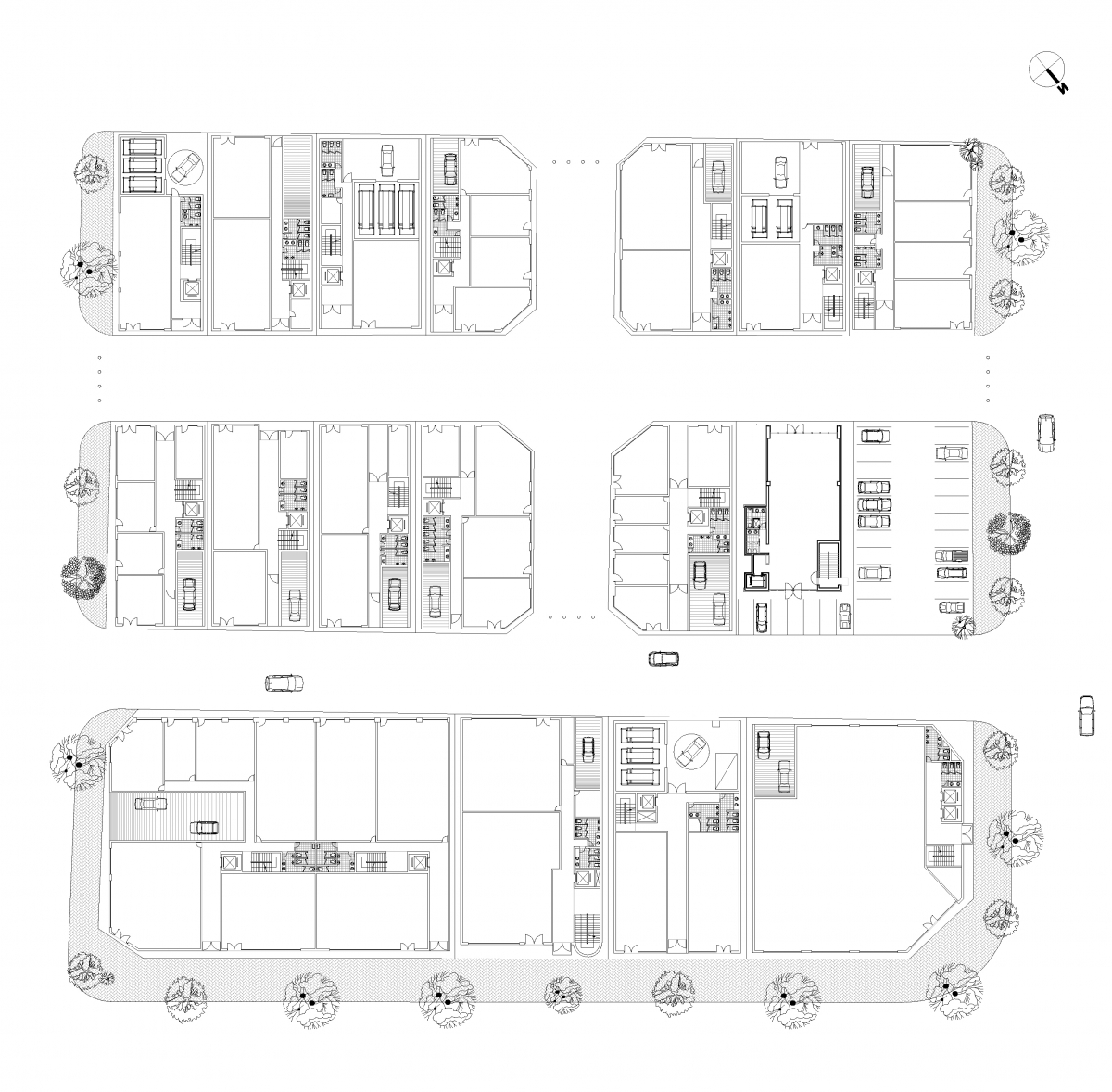 Won building was strategically designed as reasonable scale to reducing the density of the area filled with skyscrapers and reducing vacancy rate of the building. In addition, it minimizes the common space on the ground floor with the scale to be able not to make an underground parking lot, and places the staircase and the elevator in each side of the building, as standing on two legs, enabling a 10-meter-wide open space. This open space can be easily connected with pedestrians walking in the both sides of the streets.

The upper parts of Won building takes a bold shape : emptying the front and the rear part of the second floor, but making a terrace. Less space on the floor barely caused revenue, but attracted potential tenants with its unique value. Assuming stores on higher floors commonly lack of customers’ approach, the terrace and the spiral staircase on the second floor of Won building takes its advantage.

Unlike its lower level, the upper part of Won building was planed as a office for the owner. The diagonal shaped terrace on the floor keeps privacy of the users from neighboring buildings, improving the view at the same time, facing JangSan, a mountain nearby. Moreover, the terrace excludes the direct sunlight and lets in steady and even light, which allows monitors to be arranged by the windows. This distinguishable design provides comfortable rest space and improves energy efficiency, making shades from the Sun.

The most outstanding characteristic of Won building shall be the simple exterior contrasting with other constructions in the neighbor wrapped with splendid neon signs. The simple rectangular form by subtraction creates structural tension and brings itself into focus, while the colors and the texture of the bricks soften its impression when approaching.

The northern side of the building takes a different style of masonry from the others, keeping light and privacy for the office at the same time. Natural light coming between the ‘hit and miss’ bricks presents unique ambience. 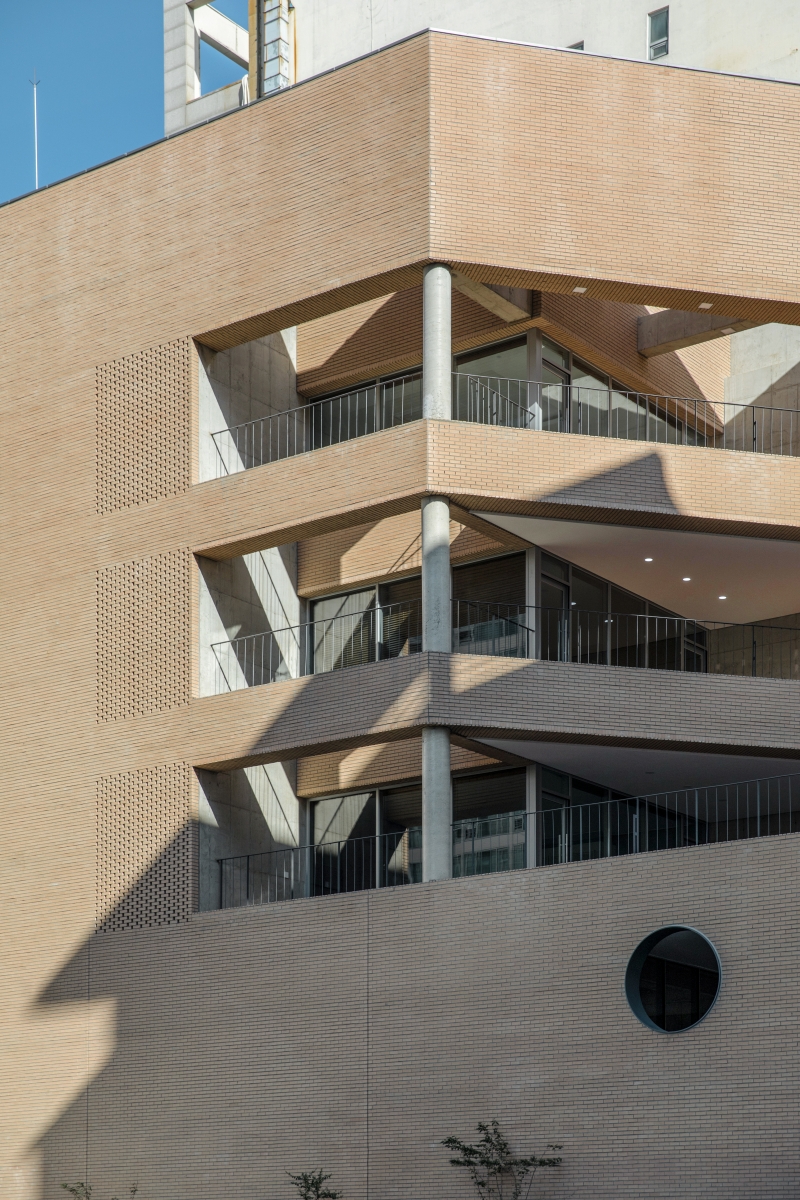 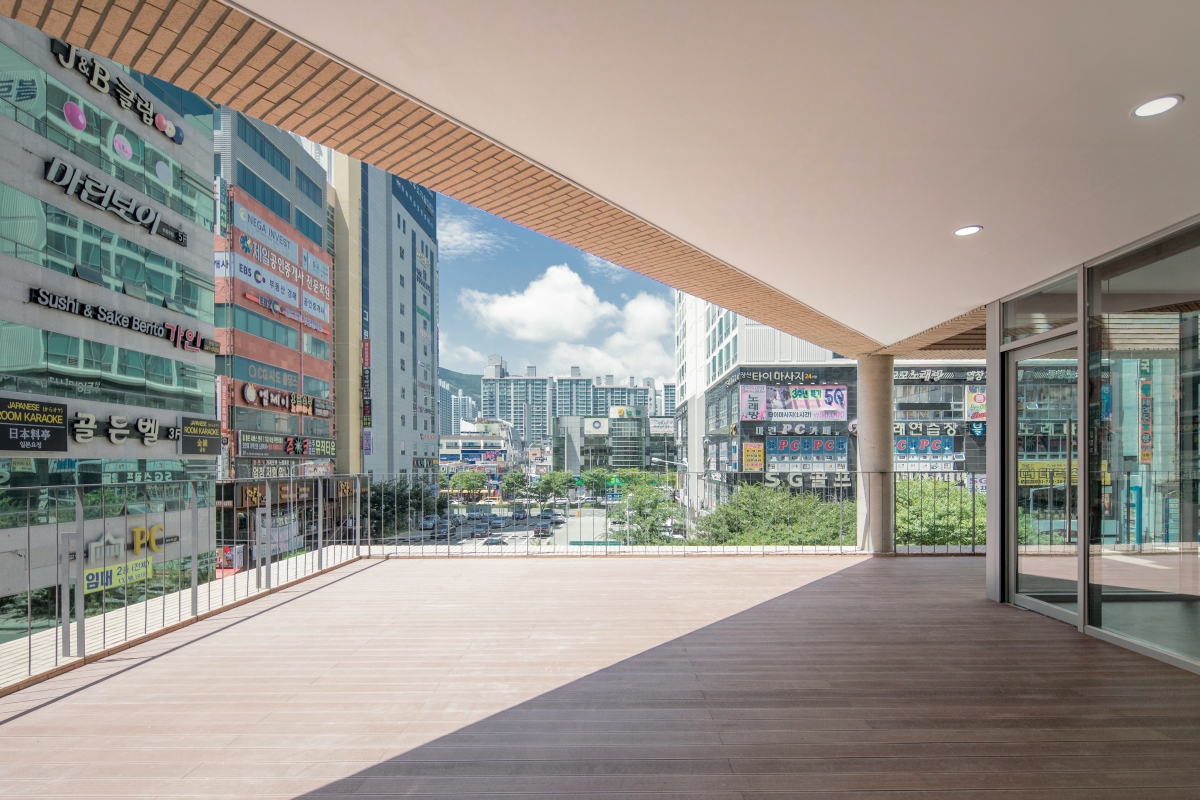 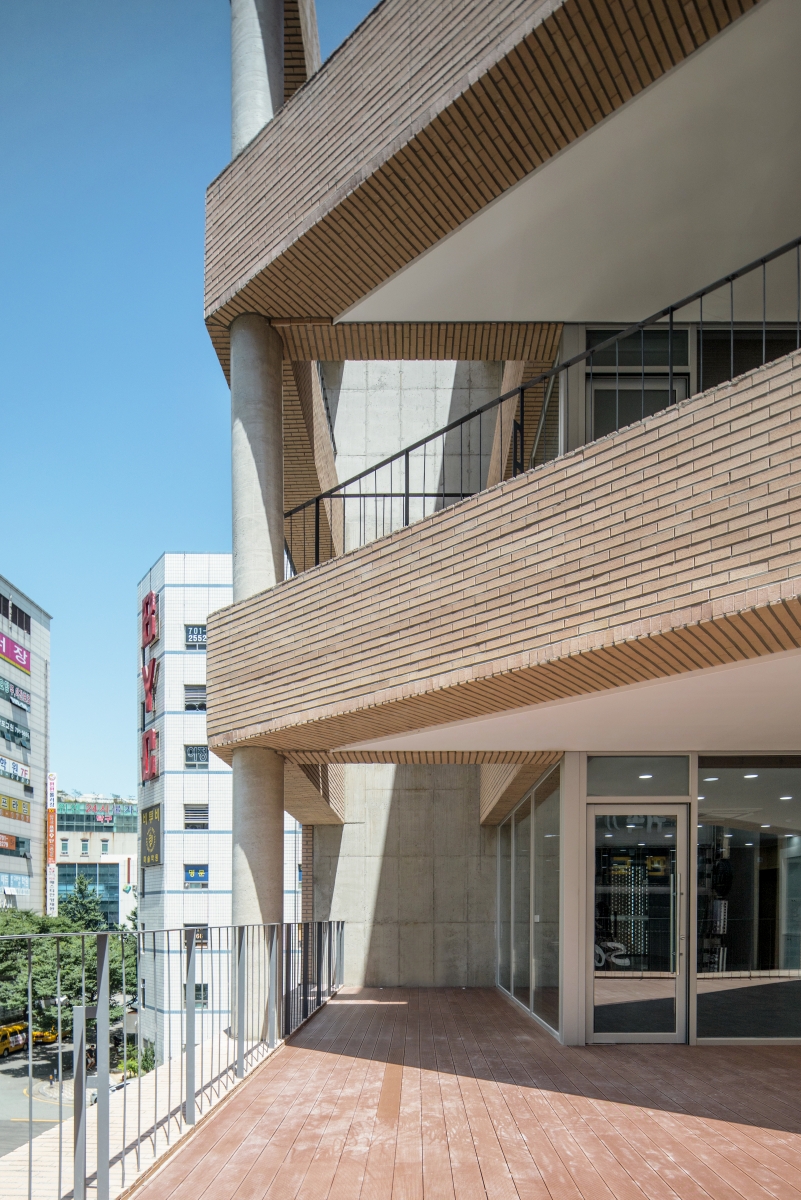 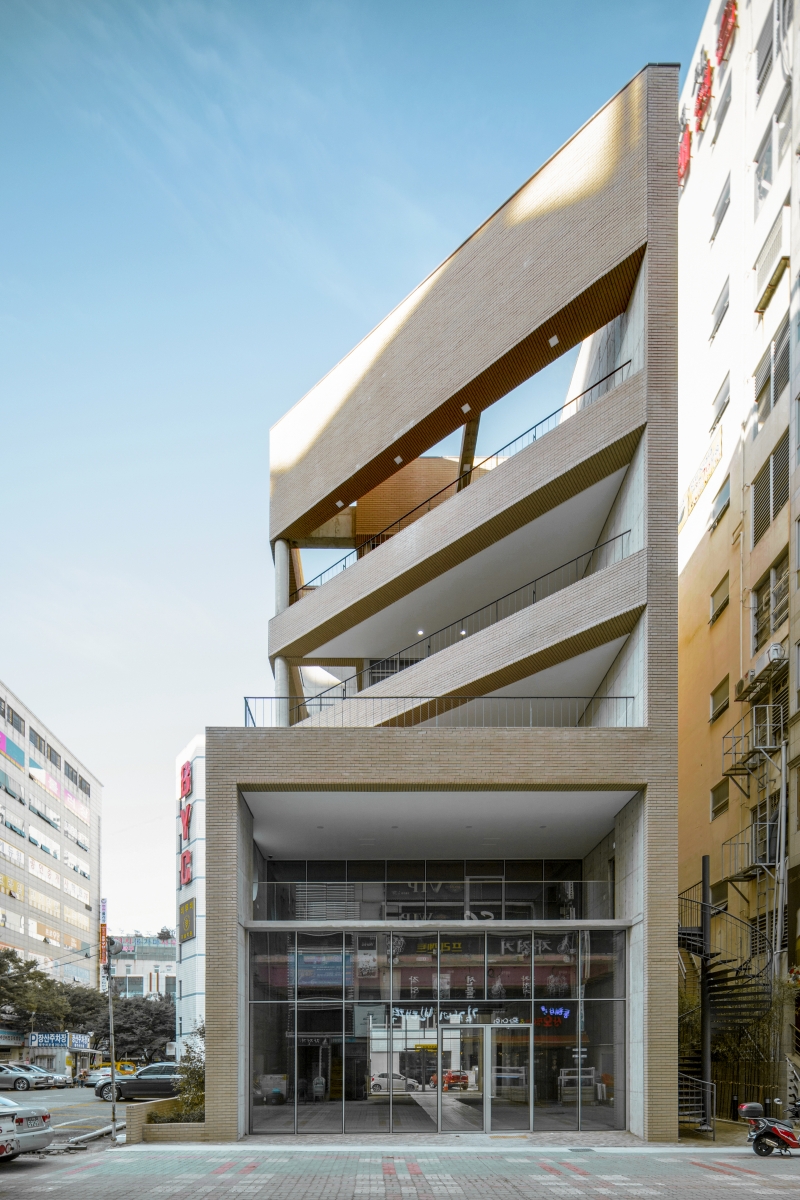 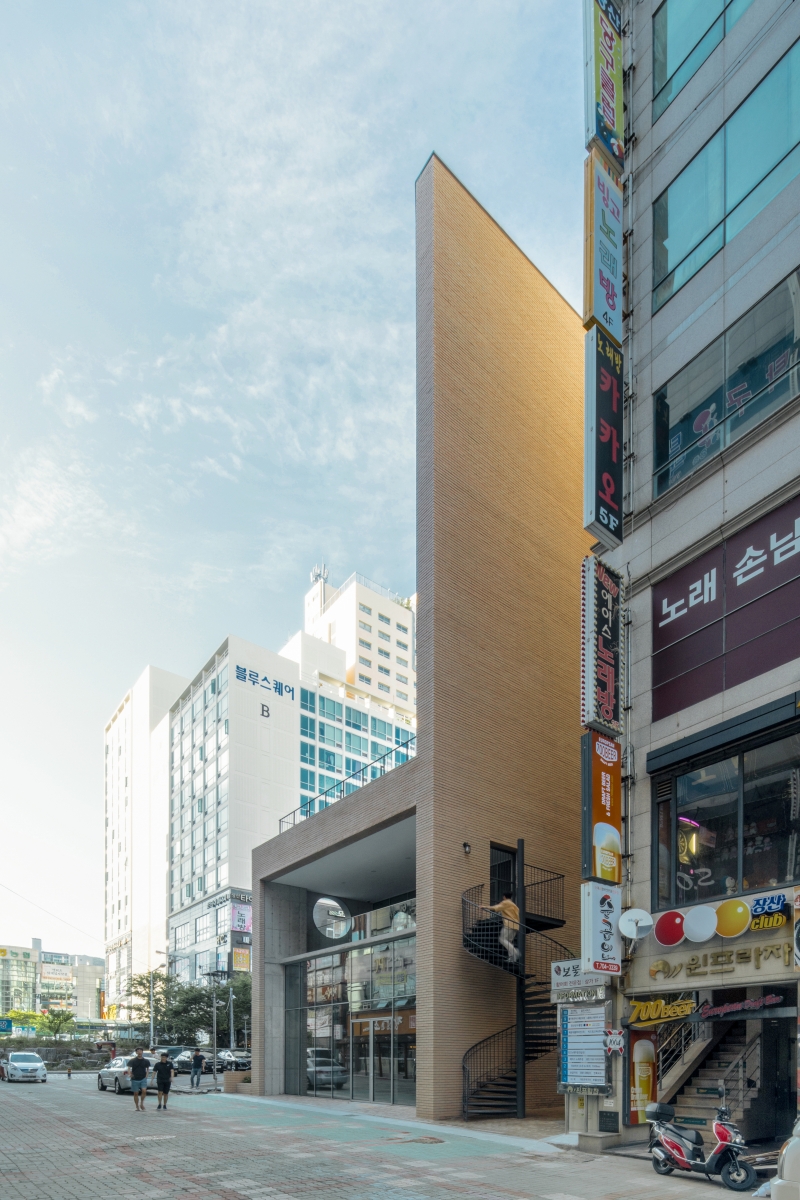 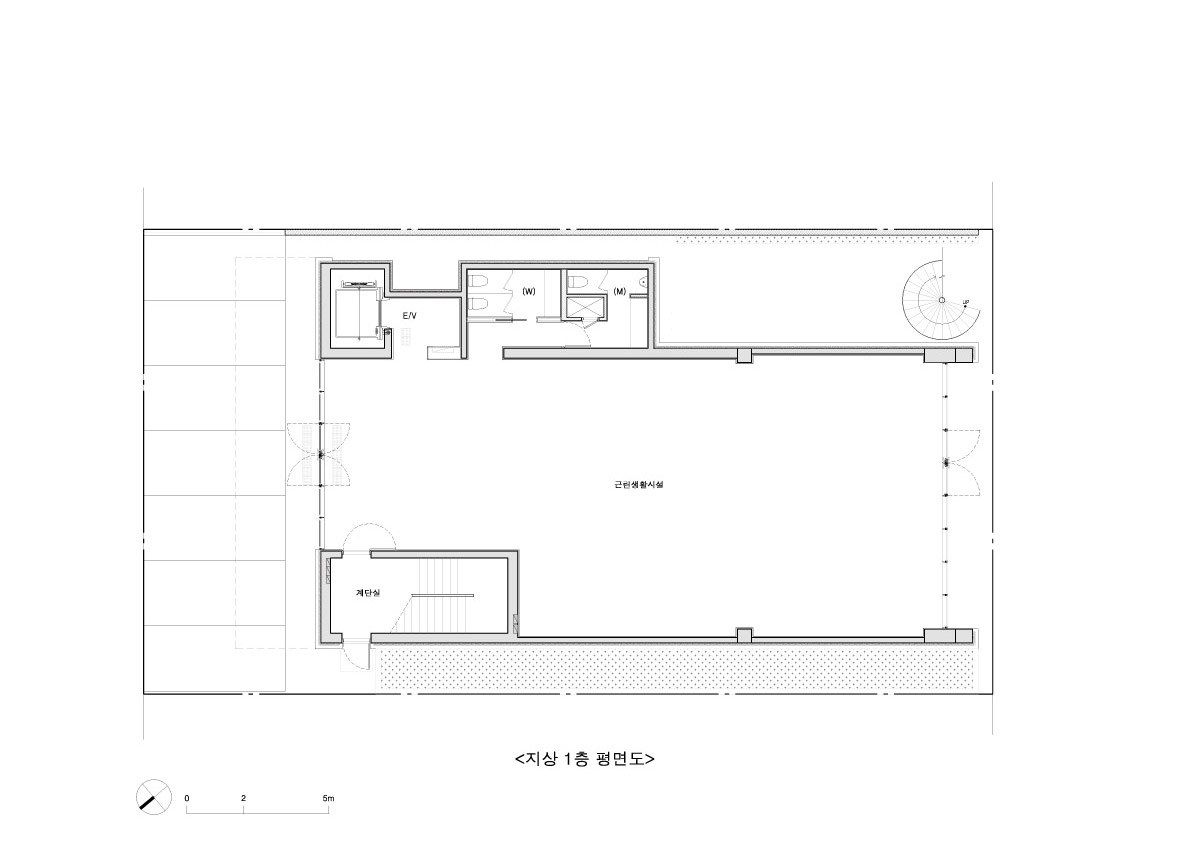 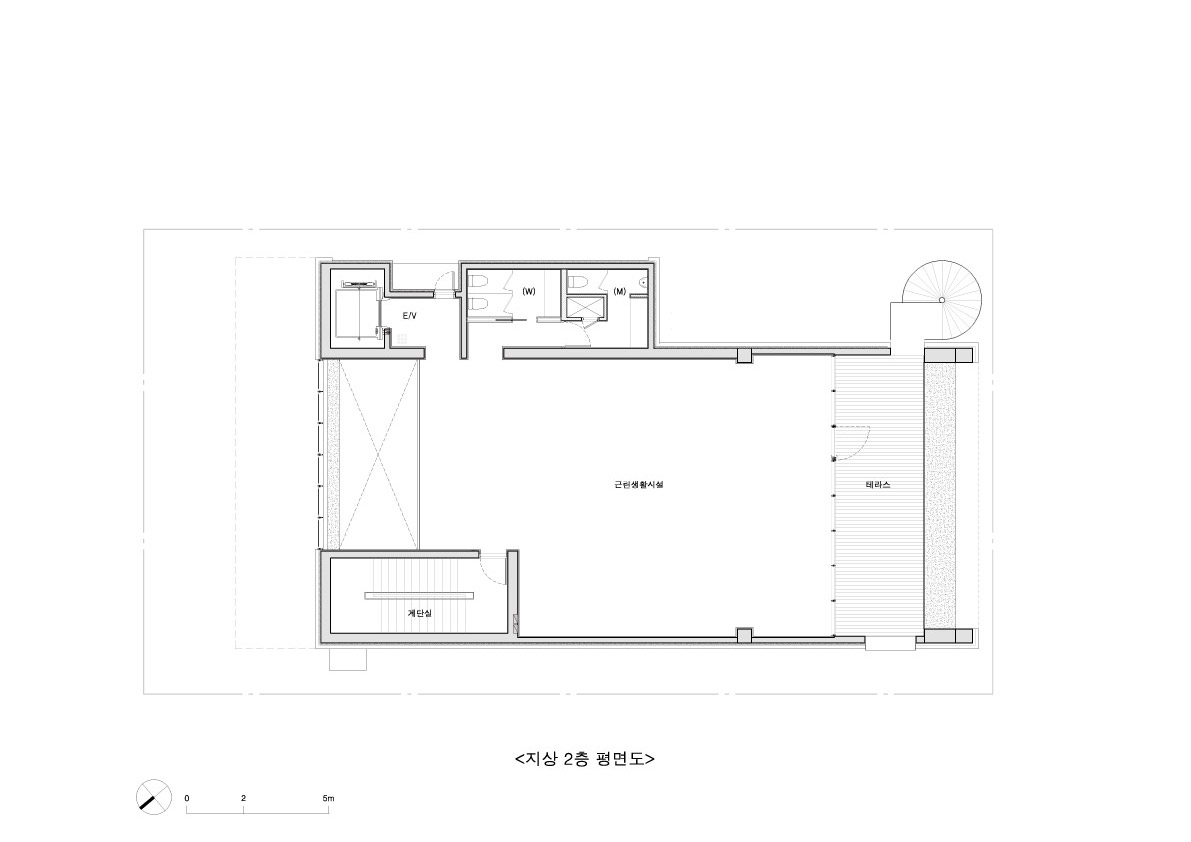 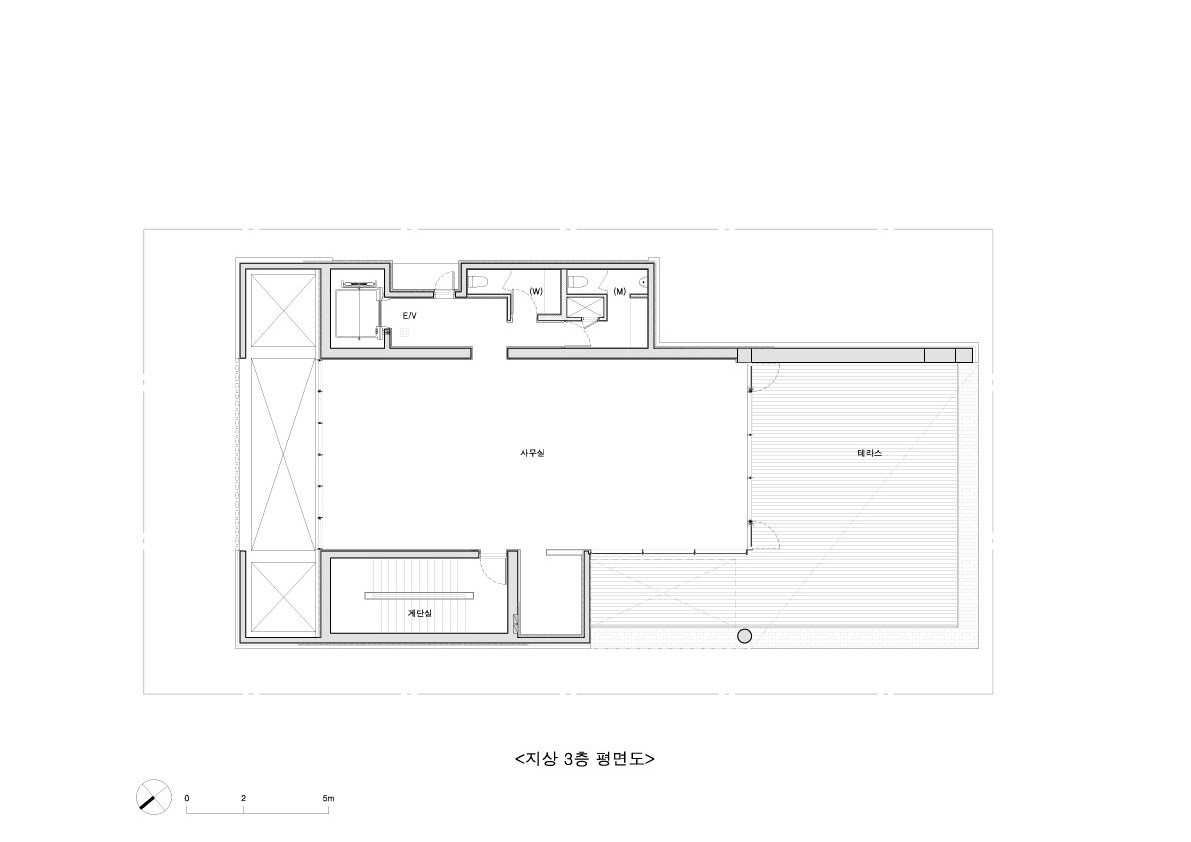 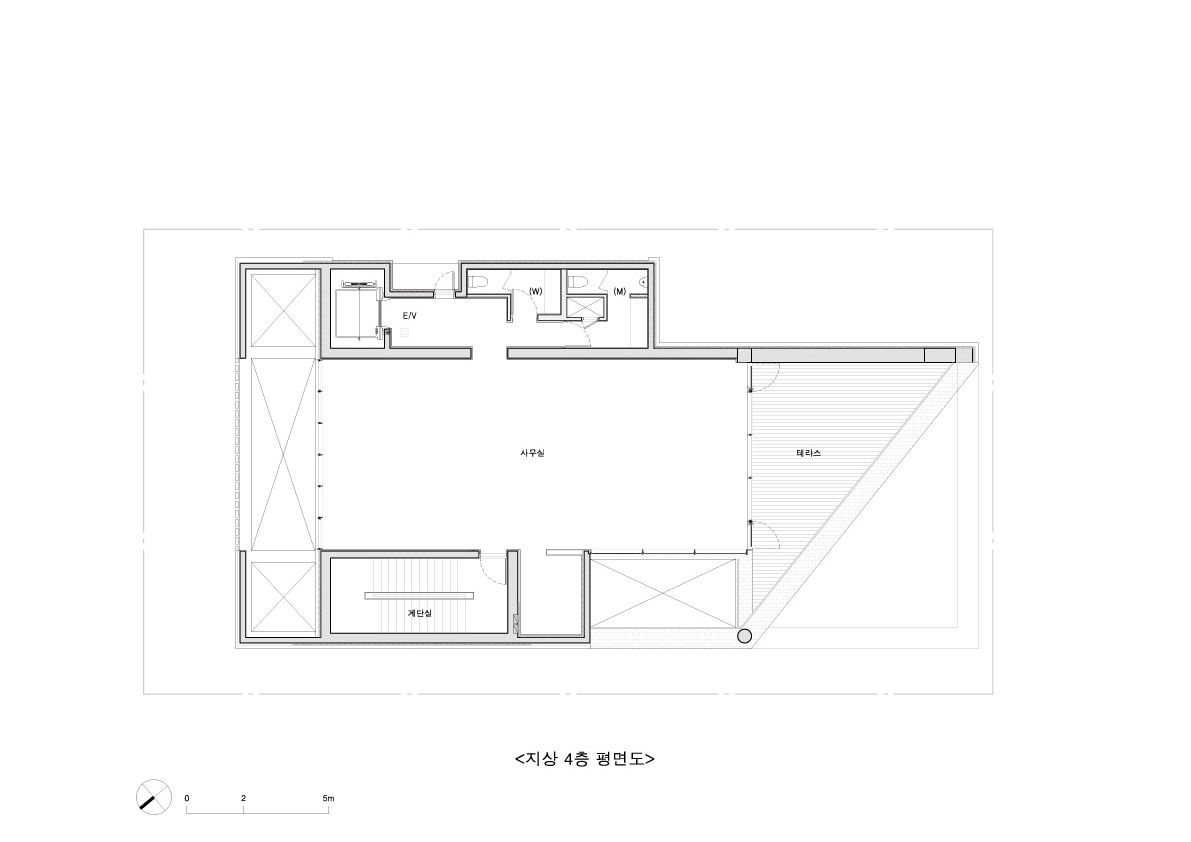 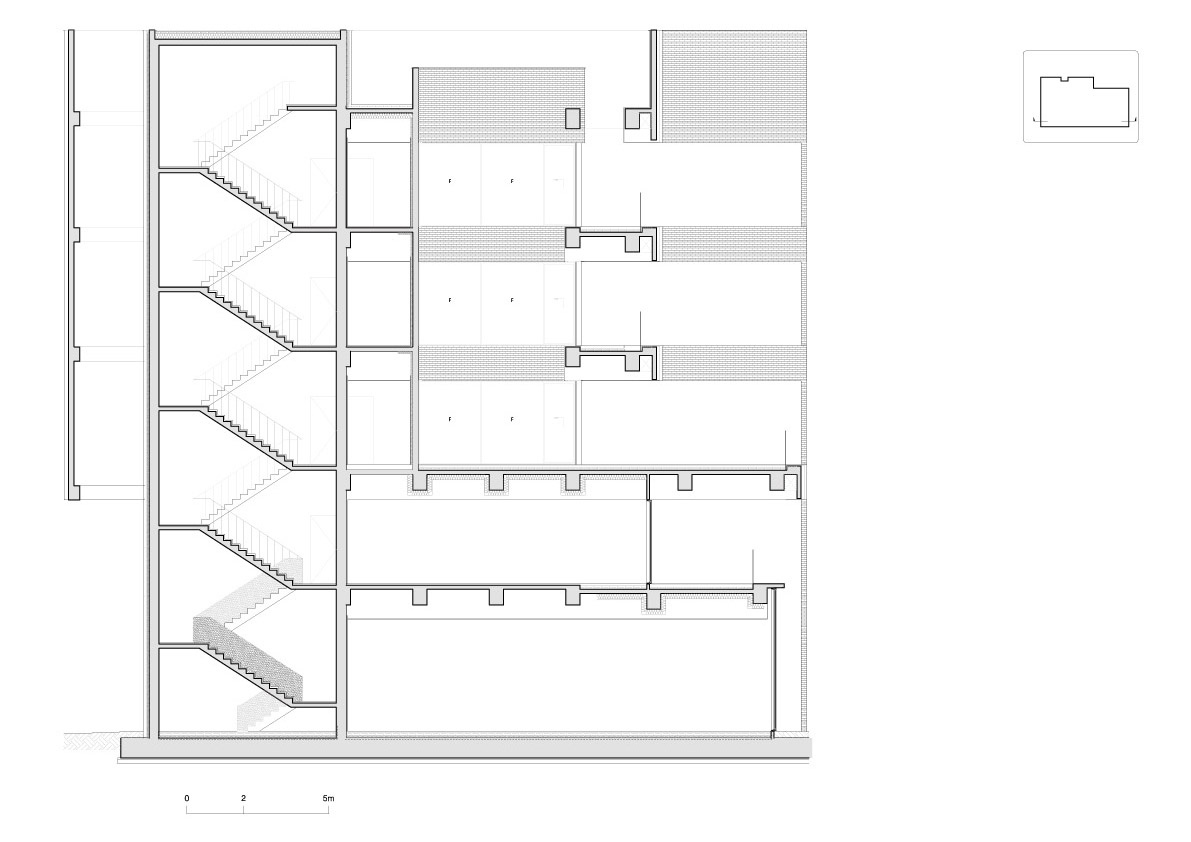 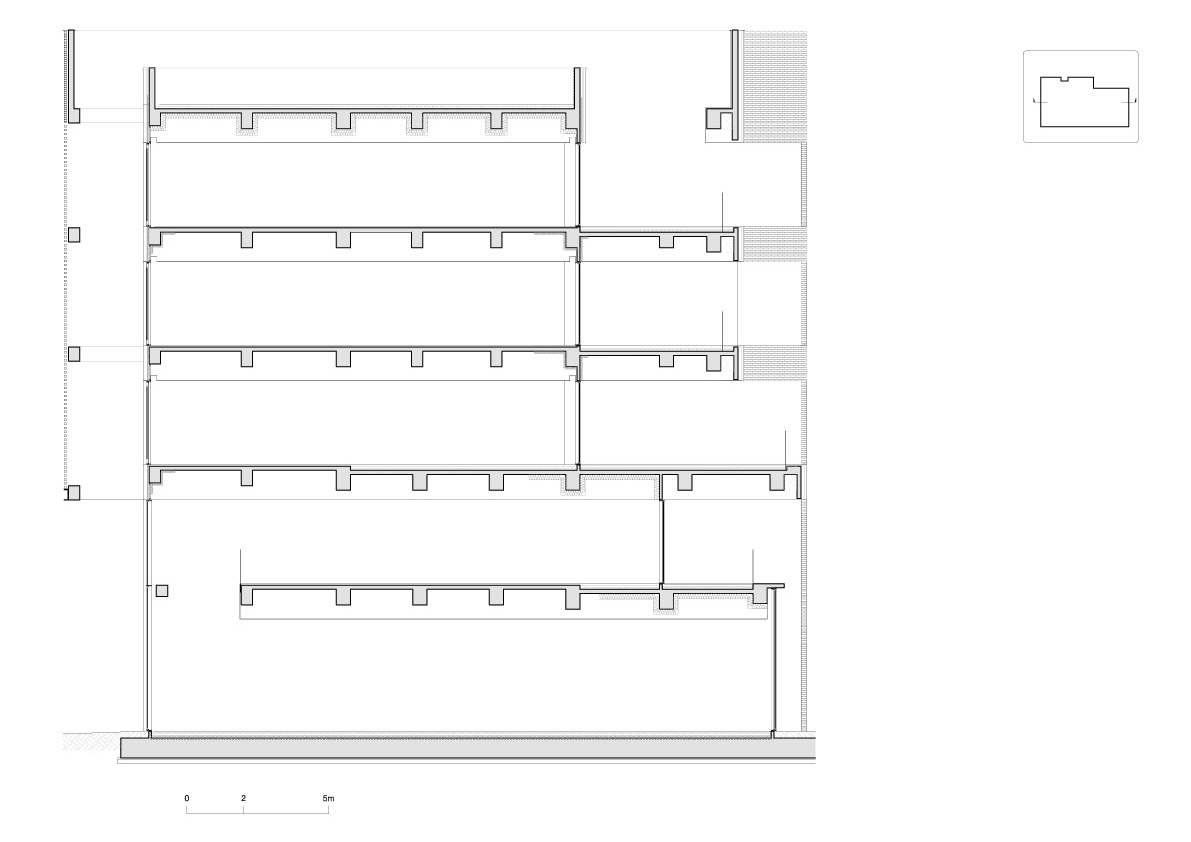 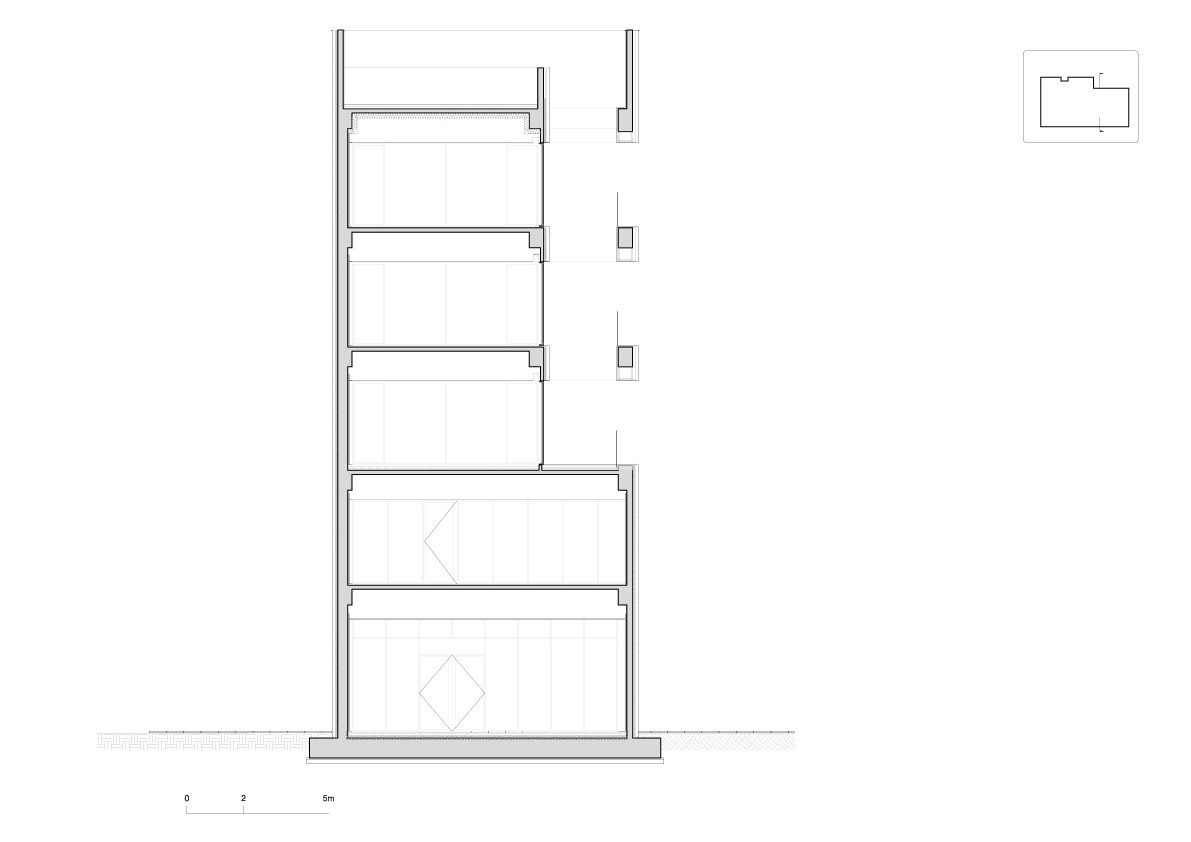