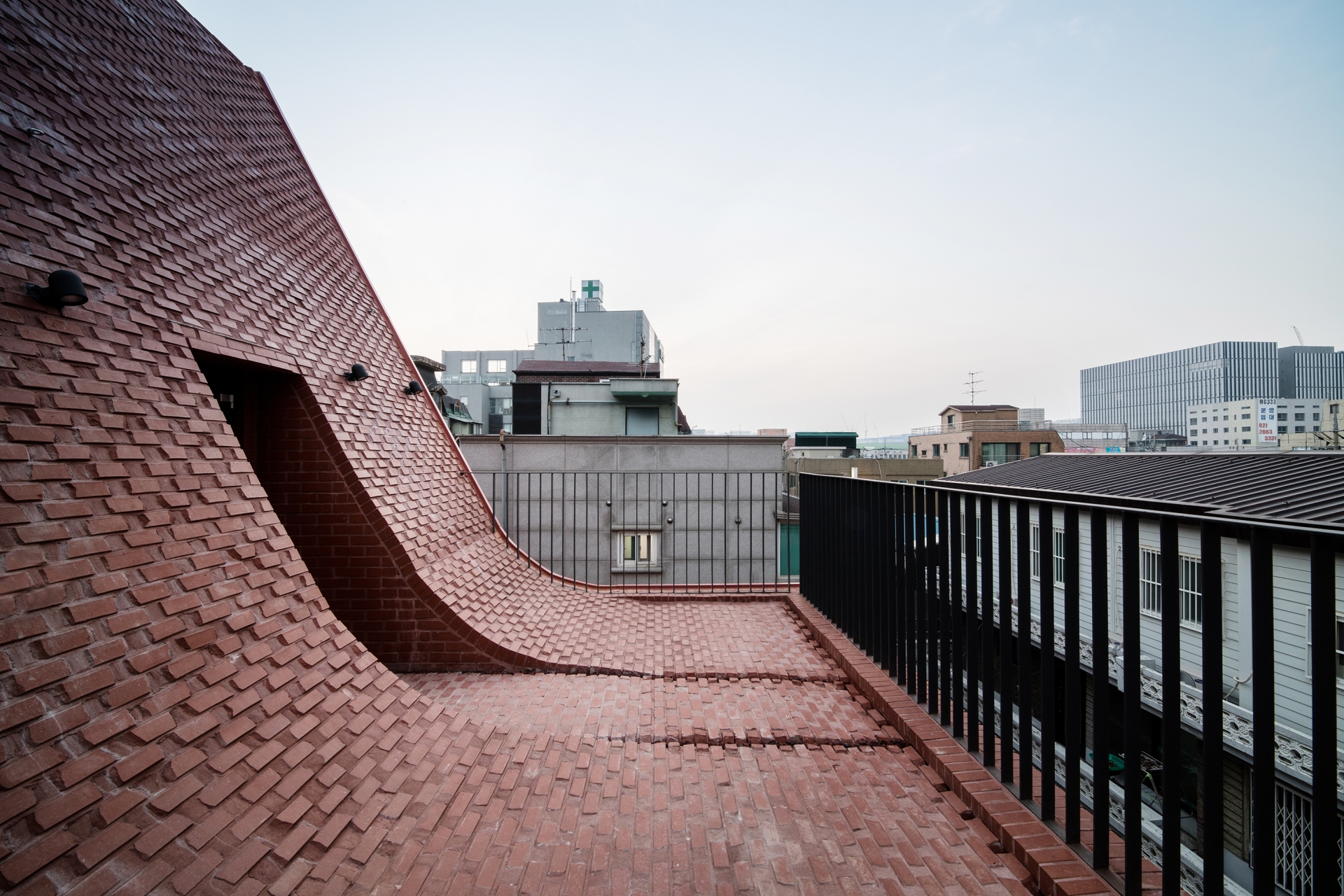 The area in Naebalsan-dong, Gangseo-gu, which is the western boundary of Seoul, forms conventional scenery of an old-fashioned urban residence. Designed by stpmj, the Five-Story House is singly dotted across this conventional scenery, where the mid-story houses for multi-household and multi-family stand shoulder-to-shoulder. The legal status of the old terrain of this area is a Class-3 General Residential Area. The land that corresponds to the ‘Class-3’ is restricted to a building-to-land ratio of 50%, and the floor area ratio (FAR) of 250%. In addition, the north-south orientation setback and diagonal plane control have been applied to prevent a violation of the right-to-have-sunlight in the north house by the south house. Moreover, based on the Article 241.1, the building must be placed at ‘a distance of no less than 0.5m left by the boundary’ on the land, and based on the parking lot law, the building must also provide the minimum parking space on the site. The layout and volume of buildings can be determined simply by acknowledging the previously-mentioned conditions, securing the maximum FAR. This is why the small and medium-sized buildings that are being designed and built in General Residential Areas of the metropolitan Seoul are almost similar in layout, volume, and shape.

The Five-Story House also began life in a similar situation. There must be almost no room left for the architect’s architectural volition to intervene in those realistic constraints. Then what architectural qualities can be raised to explain this house? This is where it becomes quite embarrassing. As previously mentioned, the building’s layout and volume are almost automatically determined, so there is almost no room for a particular architectural experience to be projected in the Five-Story House. In any case, other architectural qualities — elements such as a sense of space or notable tectonics — are hardly noticeable. They must be difficult elements to be projected when the building is subjected to a highly conservative use and the design prerequisite for securing the maximum FAR.

What are the other virtues of this house which can be discussed architecturally? The architects who struggled in the front line of FAR Game have focused on the careful layout of the programme and the level of perfection for the workmanship.

The Five-Story House holds the life of a household with five family members. Half of the first floor is a studio belonging to the client, and the other half is a playroom for his three daughters. The second floor is the living room, including a kitchen and a dining room. The third floor consists of a room for the couple, a room for the youngest preschooler, a bathroom, and a dressing room. The fourth and fifth floors consist of children’s room, respectively. These five floor plans are connected by a vertical circulation. In other words, while a horizontal movement within a single floor plan is a typical mode of residential living, in the Five-Story House, the five family members need to go up and down the five floors frequently enough to engage in daily life. This floor-distribution-per-usage is not unique at a glance, yet it is noteworthy to mention a difficult but smooth means of communication between the client – who has to accept the frequent vertical travel – and the architects – who assembled the design at a tolerable level and encouraged acceptance. All of this is not to mention the fact that a well-rounded result was achieved through this process.

The greatest accomplishment of the Five-Story House is the perfection of the workmanship. The high quality of completeness tells how closely the architect worked with the construction site. The Five-Story House is covered in red brick. Not only the façade, but also the ceiling of the upper part of the piloti, balcony floor, and rooftop floor were made of a single material. The details of each corner’s edges were very delicate, creating a minimalistic and sophisticated exterior finish. Moreover, the partially used broken brick, the perforated brick screen applied on some windows and doors, and the ‘arc-zation’ referred by the architect – that is to say, the piloti on the first floor, the balcony on the fourth floor, and the circular arc applied on the openings like windows and doors – elevate the level of aesthetic completeness in a structure that could just have been simplified. This perfection of the workmanship goes beyond the exterior, continues into the interior, then extends back to the exterior.

stpmj states that they, the architects, pursue a ‘provocative realism’. They actively accept realistic constraints, such as regulations and budgets, but they carry out their provocative practice in the gaps between those constraints. Recognising what lies buried beneath the veneer of realism is a conventionally held and common notion, but this common notion becomes a reason behind barrenness where anything new cannot be conceived. stpmj accepts the reality but avoids the barren notion of convention by being provocative.

Did the provocation of the Five-Story House succeed in these unquestionable conditions? The answer to this question will be, inevitably, for the audience to decide. Yet the spatial efficiency, the level of aesthetics, and the perfection of workmanship that the Five-Story House demonstrates the outcome that results from the unavoidable and outstanding rules of the game, of all the surrounding buildings filled with conventional scenery in Naebalsan-dong. In the face of an extremely difficult task, the architects are battling back with their realistic provocation. I wish to see more provocative provocations from these promising young architects.​ 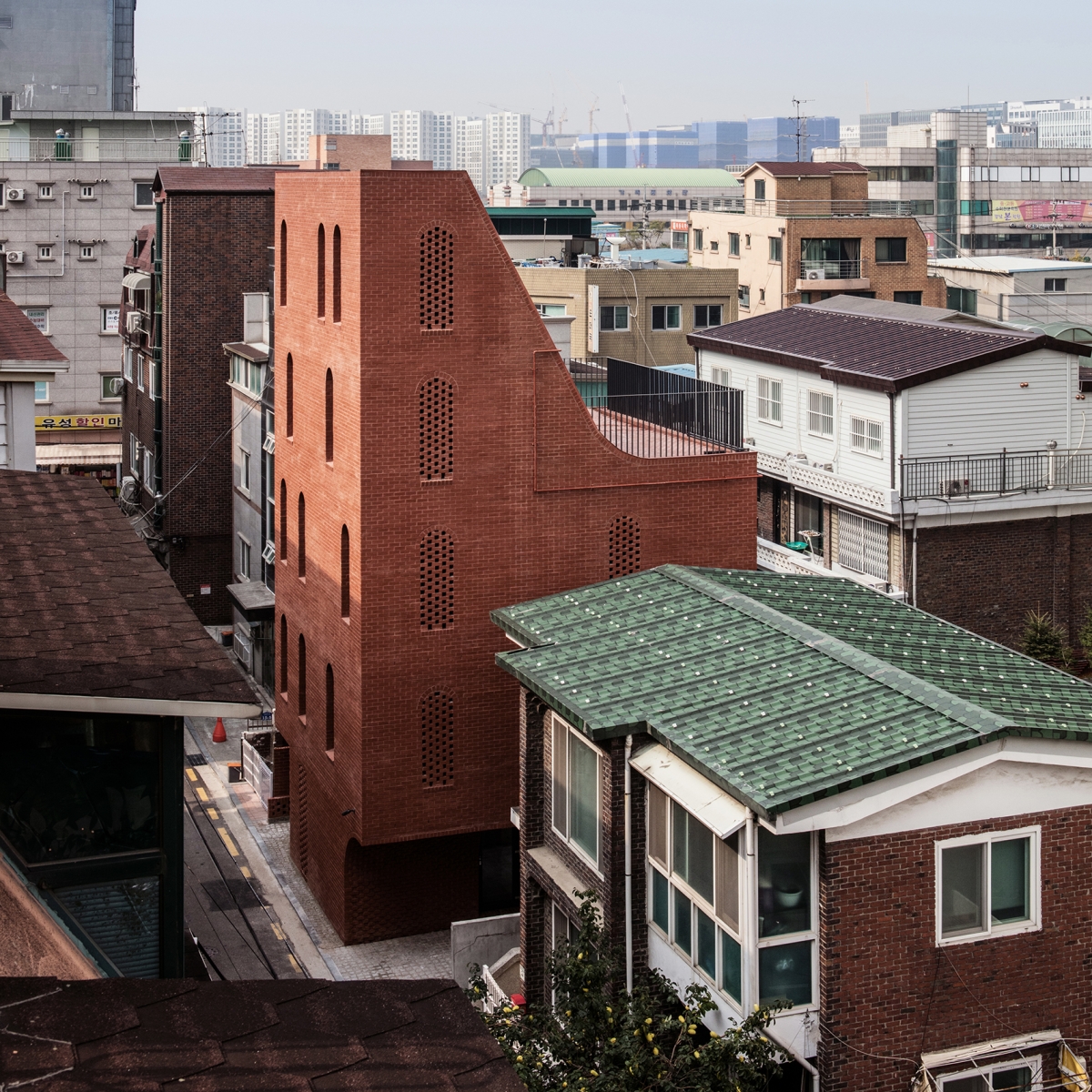 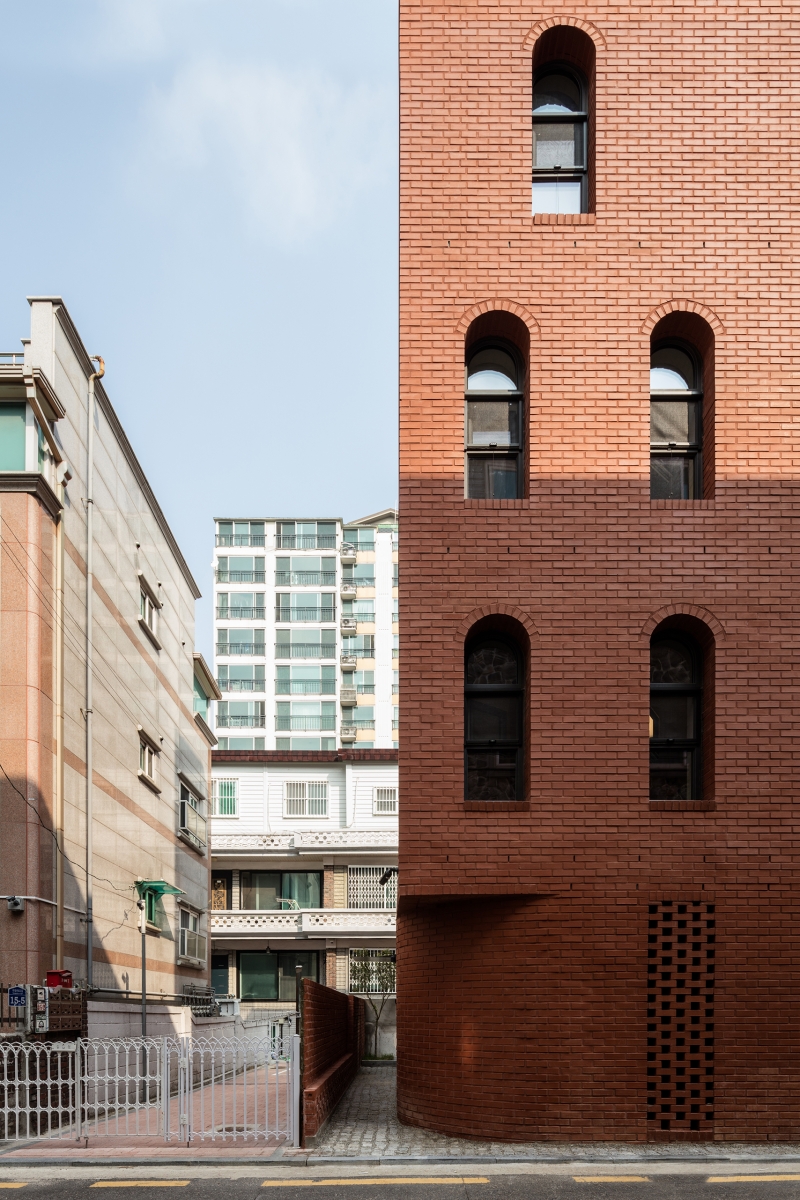 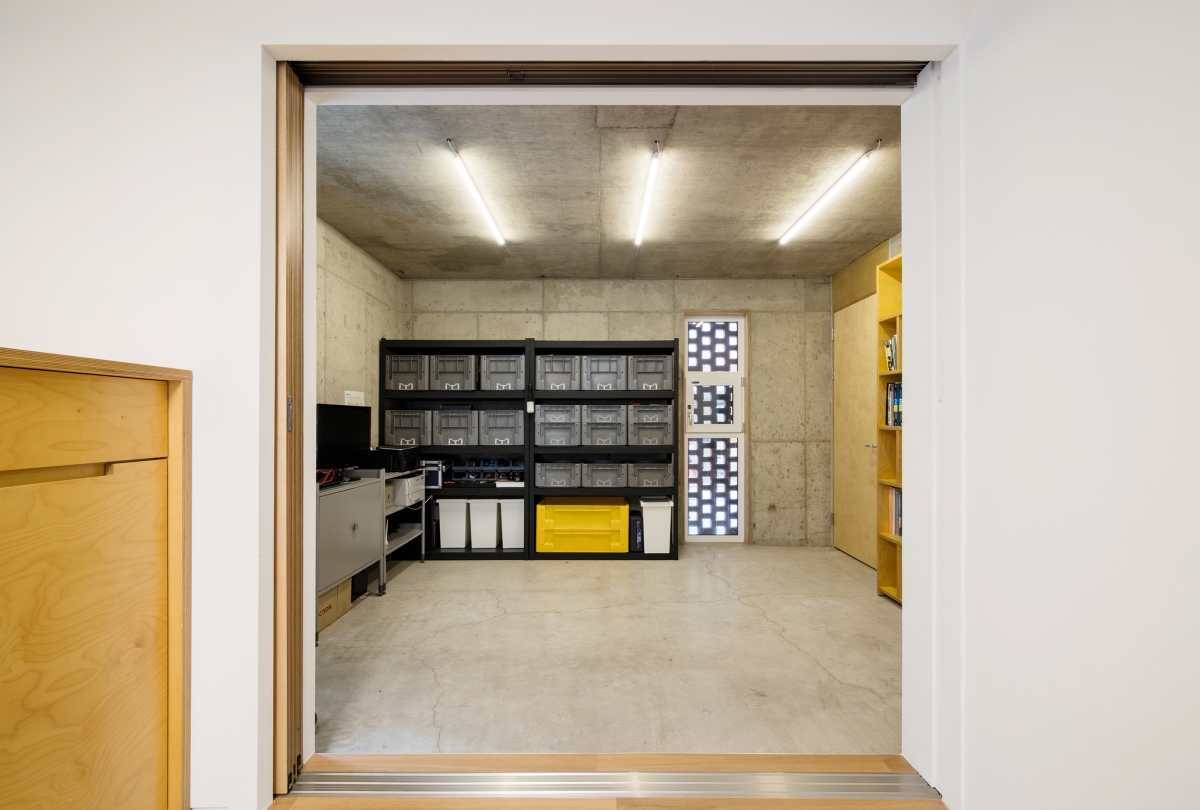 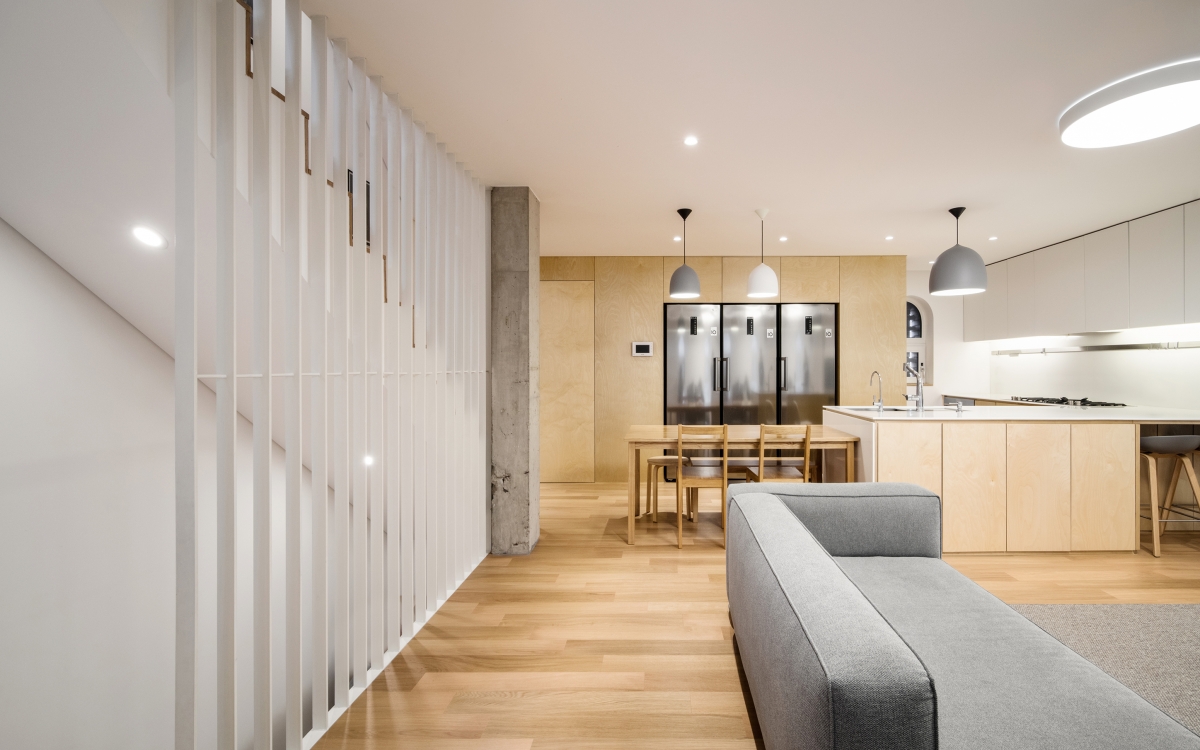 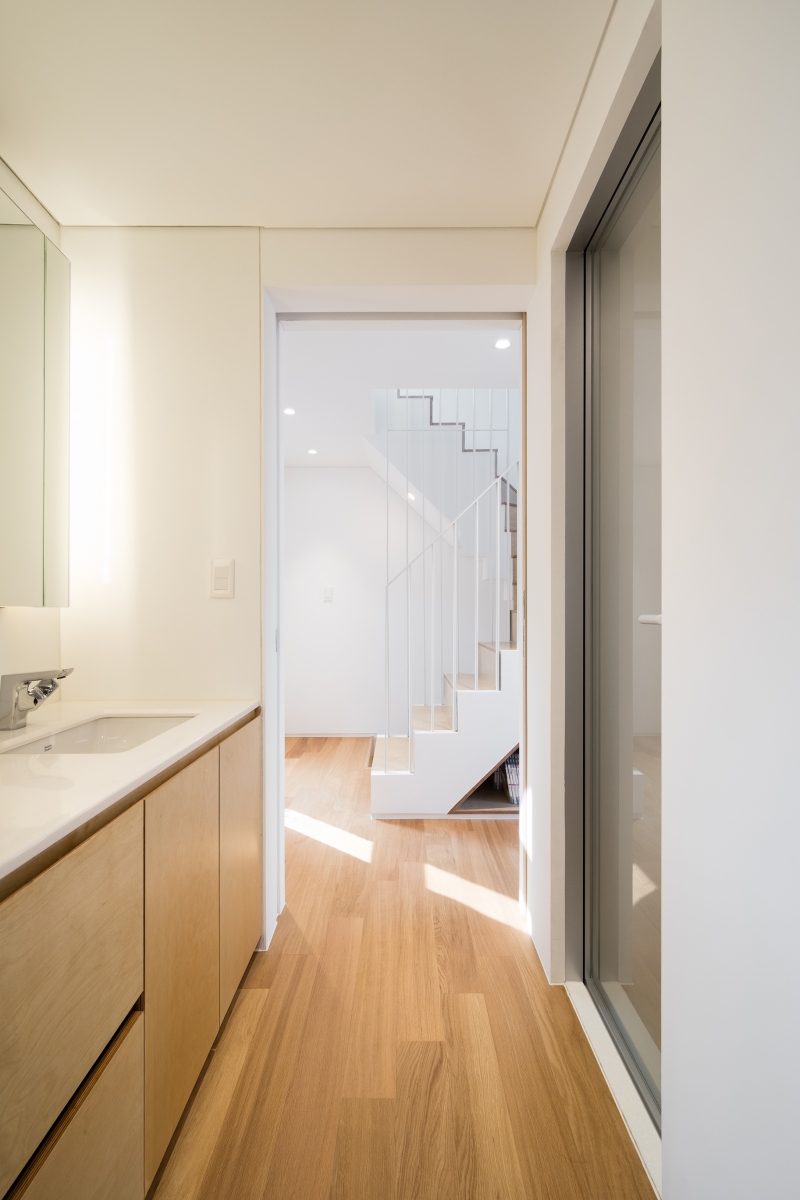 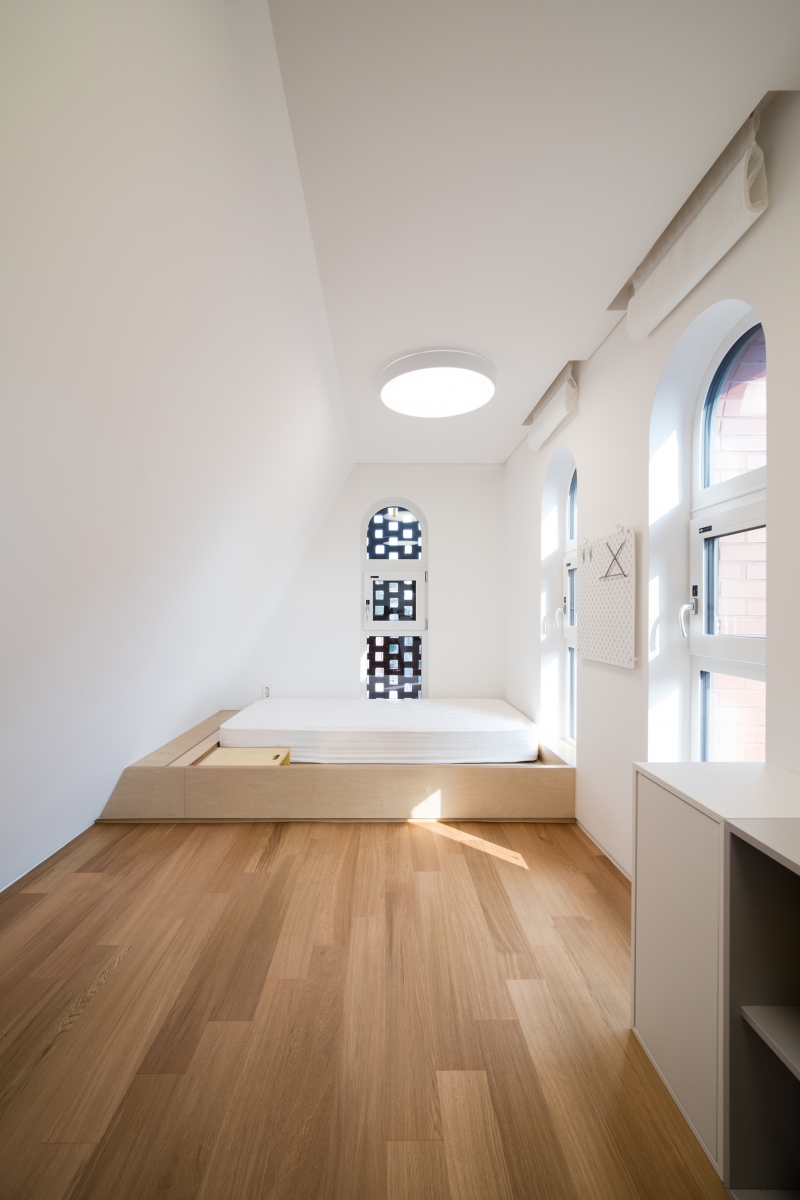 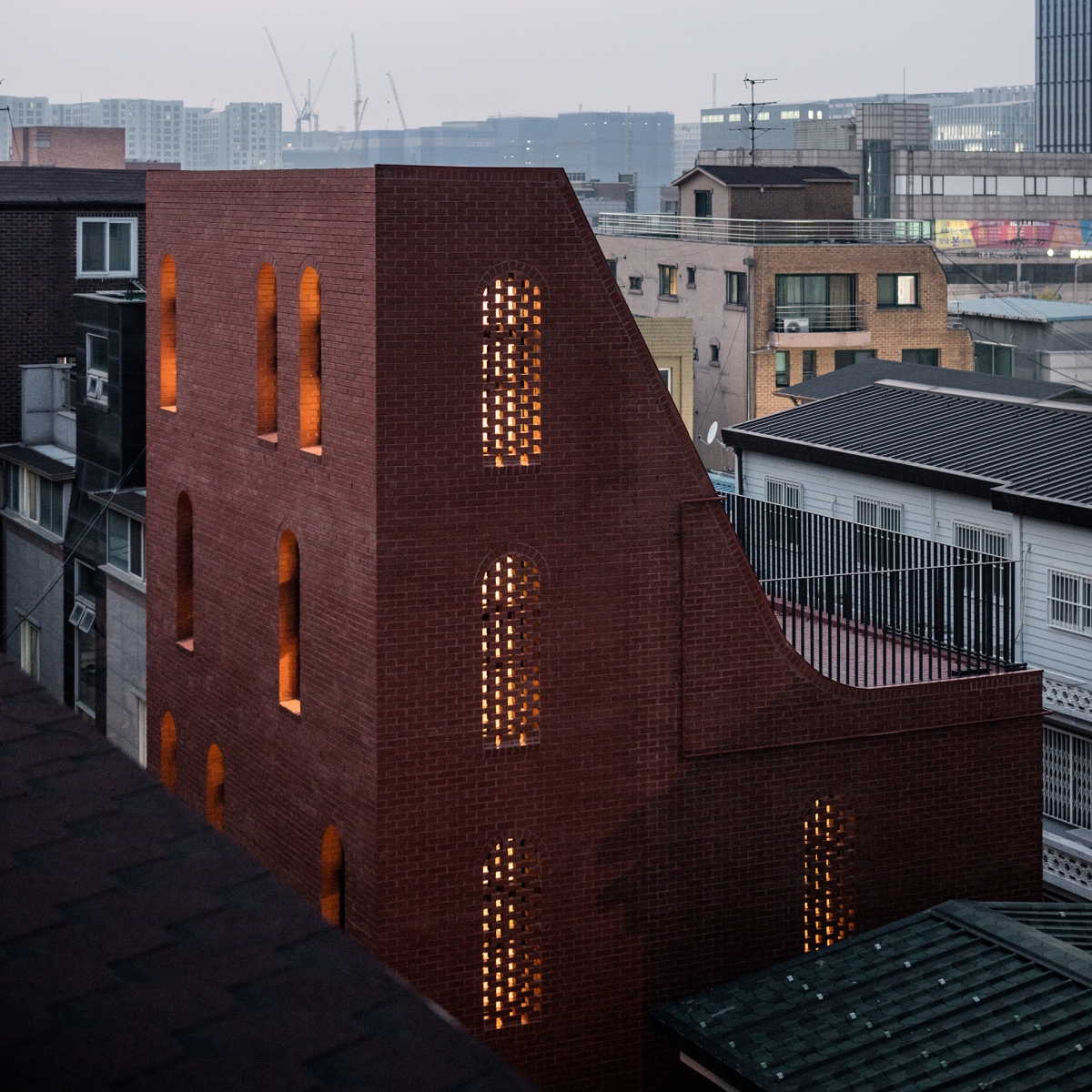 stpmj
stpmj is an award-winning design practice based in New York and Seoul. The office was founded by Lee Seungteak and Lim Mijung with the agenda, ‘provocative realism’. It is a series of synergetic explorations that occur on the boundary between the ideal and the real. It is based on simplicity of form and detail, clarity of structure, excellence in environmental function, use of new materials, and rational management of budget. To these we add ideas generated from curiosity in everyday life, as we pursue a methodology for dramatically exploiting the limitations of reality. stpmj has received numerous awards and prizes, including the Design Vanguard by Architectural Record (2017), the American Institute of Architects (AIA) New York Design Awards in the Architecture Category (2017), the Korean Young Architect Award (2016), the Kim Swoo Geun Preview Award (2016), among others.
Choi Wooyong
Choi Wooyong worked for over a decade at Aum&Lee architects associates, and he is currently working at Archielo Architects as an executive. In 2018, he received a Master’s degree at the Graduate School of Urban Sciences, University of Seoul with his dissertation on Tange Kenzo’s architecture. He is writing and studying the issues of our architecture’s identity and subjectivity by himself. His publications include The Discovery of Japanese Architecture, The House at the Periphery, The Space of Creation, Back to the House of Relationships, and An Architectural Sketch of European Wandering.
No.614 January 2019 architecture residential single family house red brick brick stpmj Five-Story House floor area ratio FAR
LIST
bookmark_border
favorite_border
113