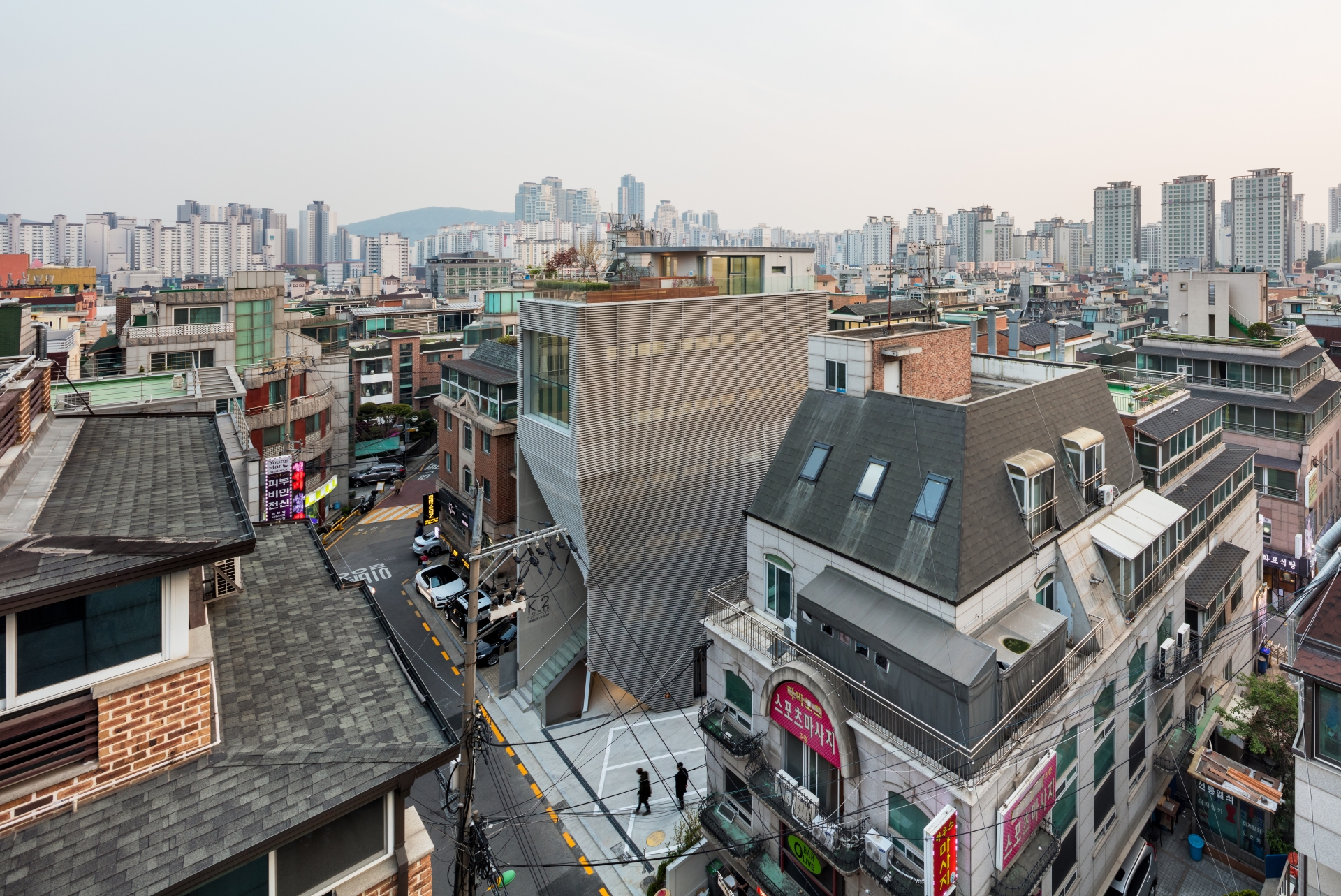 The project is located at the intersection point between the large business area on Teheran-ro and the densely populated housing neighbourhood, in other words, between the city’s domiciliation and labour. Due to the nature of the intersecting space, it is an urban domain in which various restaurants and beauty services — required for both parties — are provided during the busy night hours, recharging the life of exhausted people in a certain sense. The site is located inside the fragmented and congested city with numerous buildings, signboards, windows and walls, floors and floors, and it is extremely narrow when compared with the adjacent land. In addition, the required commercial-oriented programmes cover 2.5 times of capacity than the ground area, and due to the parking and the daylight constraints, the upper and lower parts became to have plans consist of completely different angles and shapes. The basement, the first and the second levels on the lower part, which face the street, do not go through the core on the inside. Rather, as a continuation of the street, those levels have three-dimensional interfaces that extend through each independent exterior stair. In terms of the commercial facility, the lower part aims to make the front elevation as visible as possible, so the plan took on a trapezoid shape in relation to the parking space. Whereas the upper part forms a monolith volume in the three-dimensional shift of the two different types of reference planes, which is influenced by the rectangular plan for the work space regulated by the daylight control. The exterior wall of the freely curved
surface — which is in contrast with the surroundings — serves as a main structural component, minimising the columns on the narrow interior space and maximising the space use. For the exterior envelope, the middle of the perforated area of the BACE panel was cut, and the sides were shifted and used as the louvers on the front. Through the endless repetition of double shades — the two thin blades on both sides of the perforation, and different depths between the louvers — a diversity of light was achieved. The curved surface is created in the differentiation of straight lines, and the familiar material is suddenly made anew through the display of the light and the shade.​ 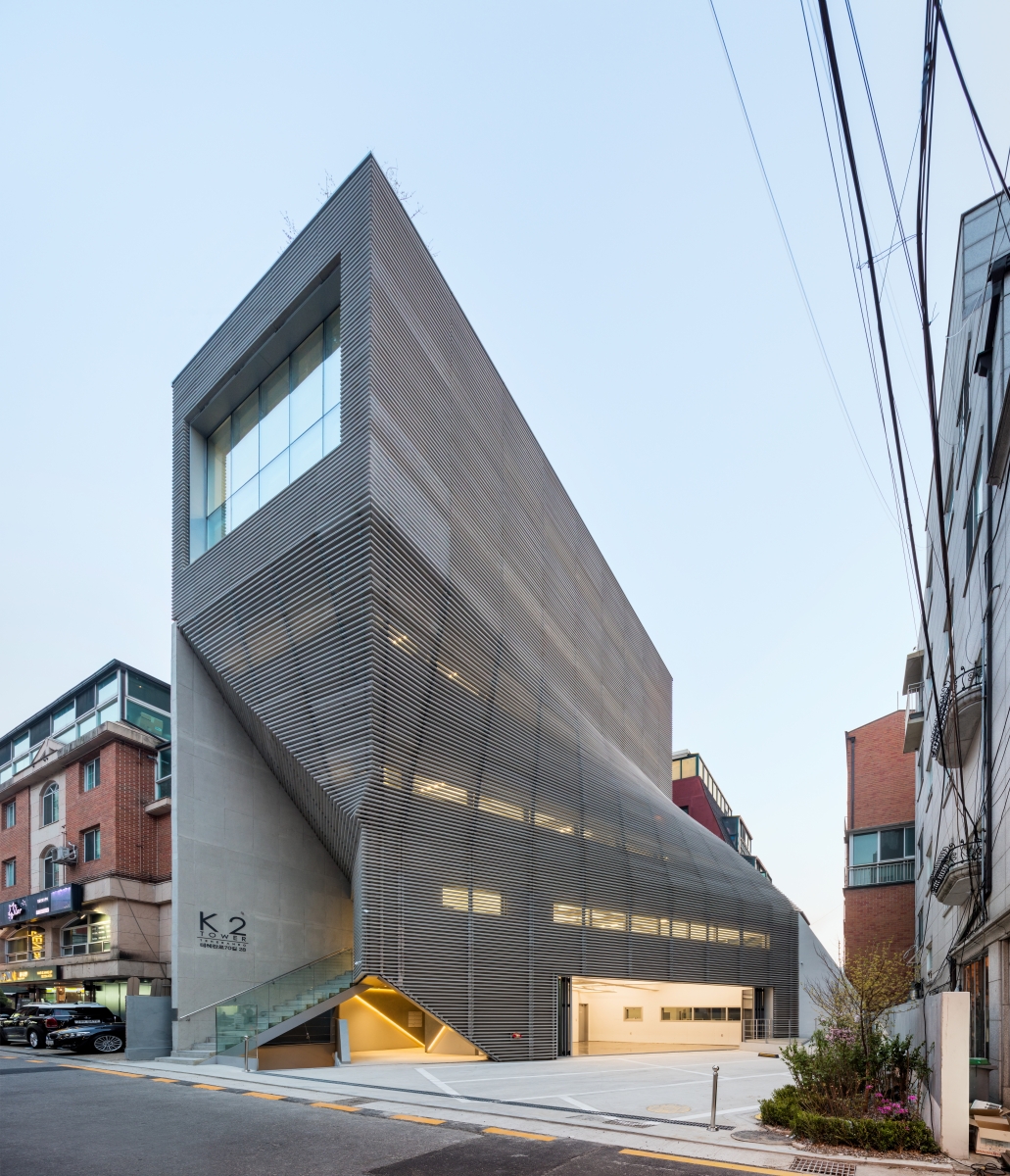 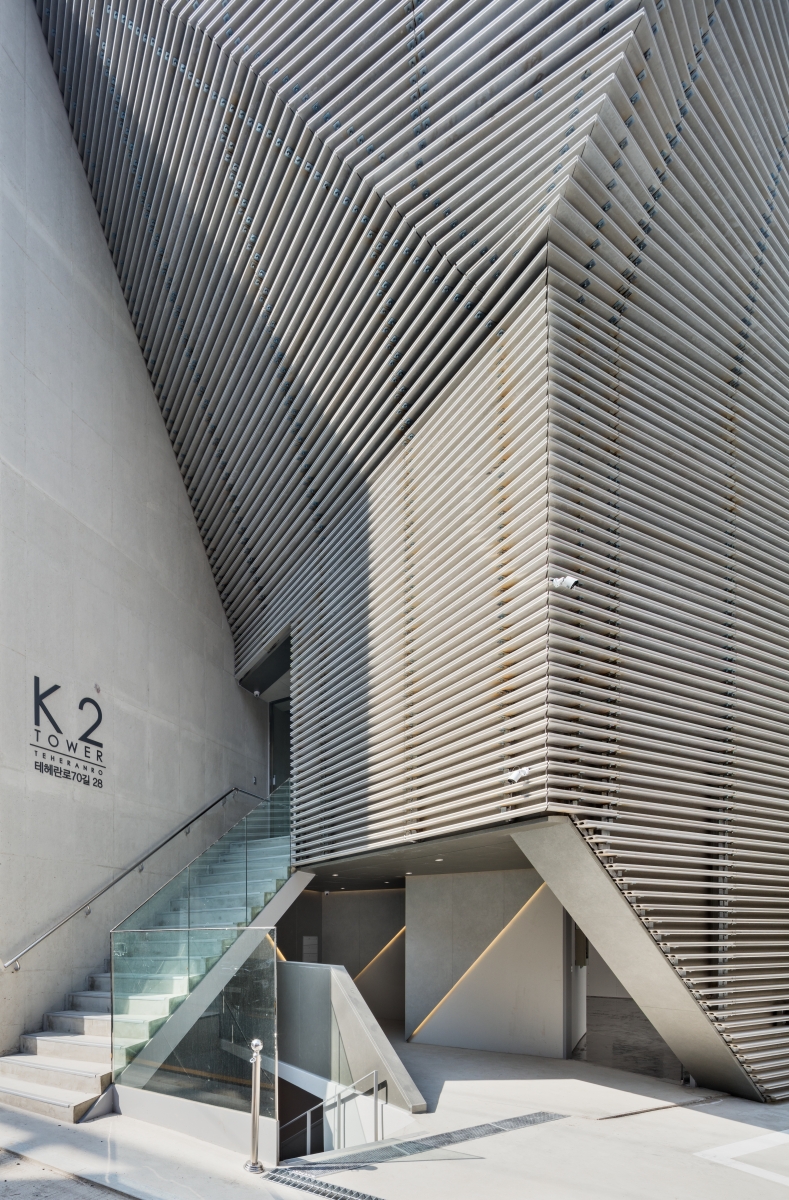 The K2 Tower has many interfaces from the street, unlike the gloomy stairs of a single core.​ 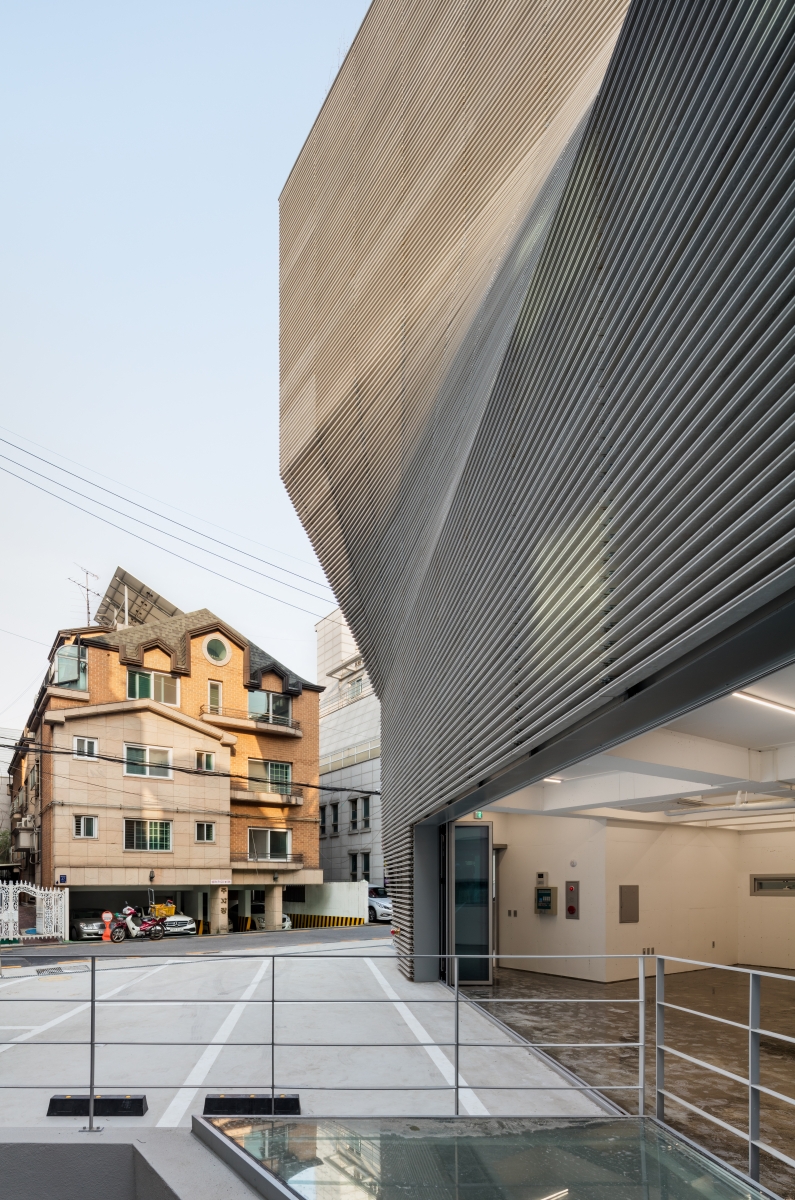 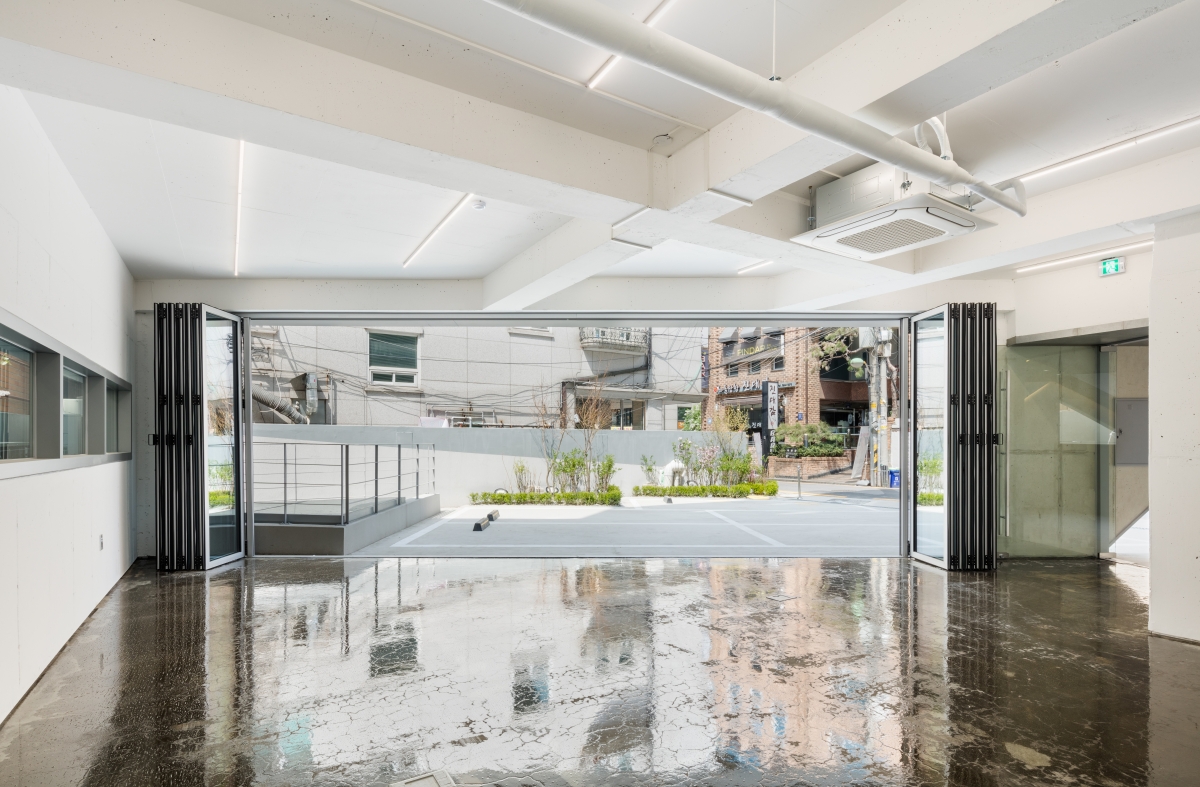 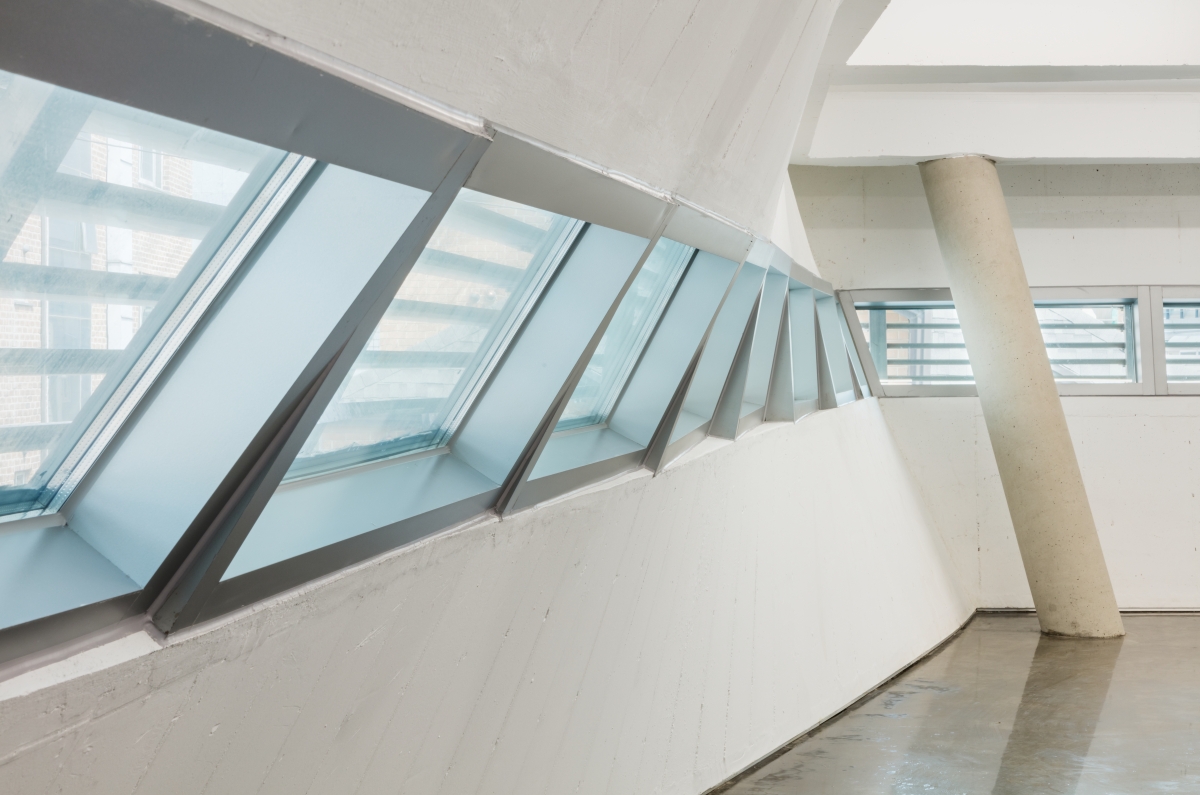 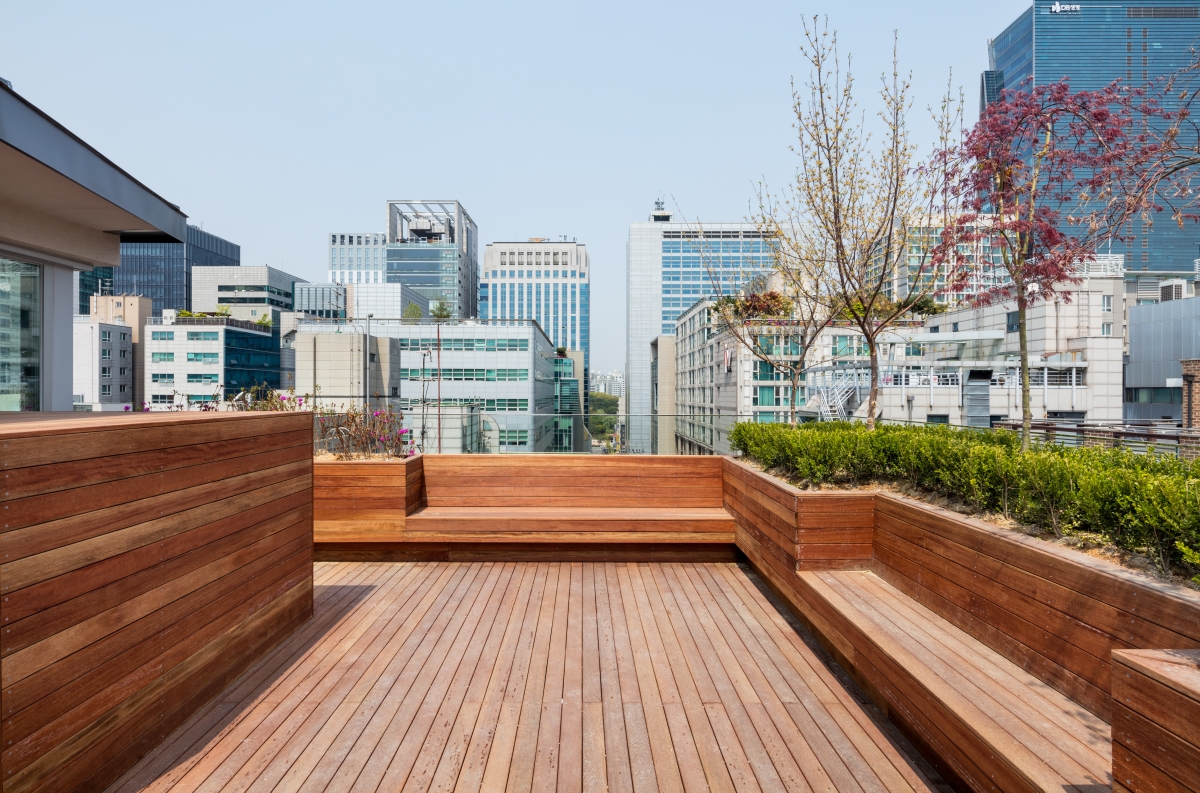 It is an intentional cacophony of contexts due to its form and concept.​

Jo Jinman
Jo Jinman is a founder of Jo Jinman Architects, established 2013 in Seoul and Beijing. He is a public architect at the Seoul Metropolitan Government and an adjunct professor at Hanyang University. He graduated from Hanyang University (Seoul) and Tsinghua University (Beijing). From 2002 to 2012, he worked for OMA (Office for Metropolitan Architecture) and IROJE architects & planners, where he accumulated worldwide experience in completing urban projects with diverse cultural contexts. His recent works include the Regeneration Project of the Public Space in Nakwon Arcade and the Darak Oksu. He was awarded the Young Architects Award, Kim Swoo Geun Prize Preview Award, and the Seoul Architecture Award.
No.611 October 2018 architecture
LIST
bookmark_border
favorite_border
46 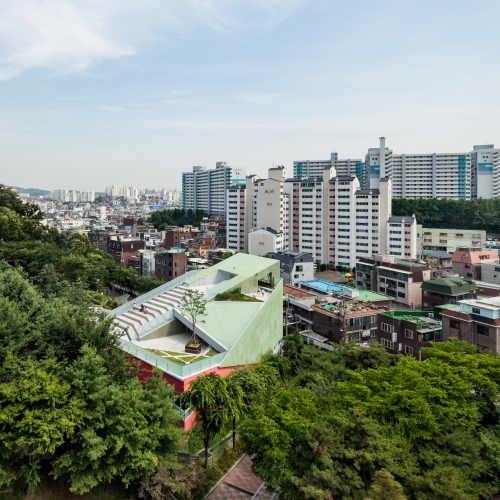 [Essay] CHALLENGING THE NEW POSSIBILITIES OF A PLACE 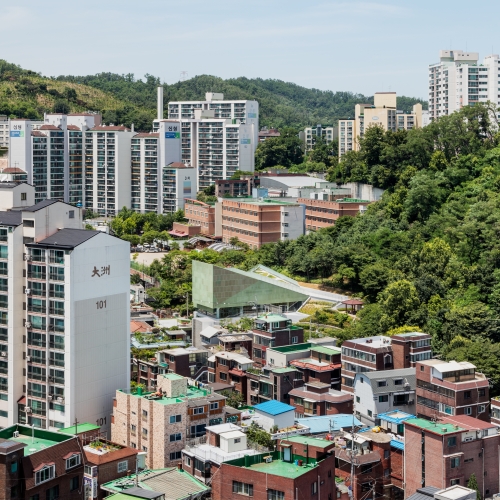 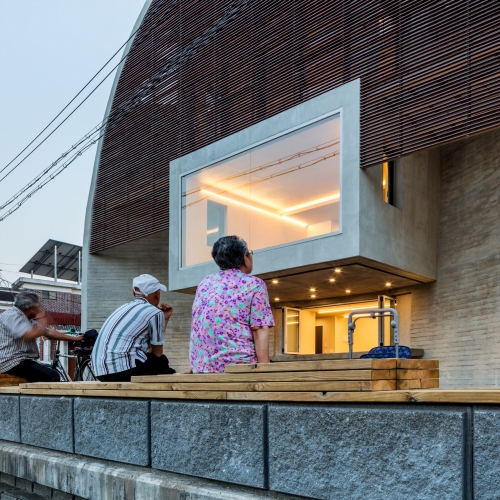