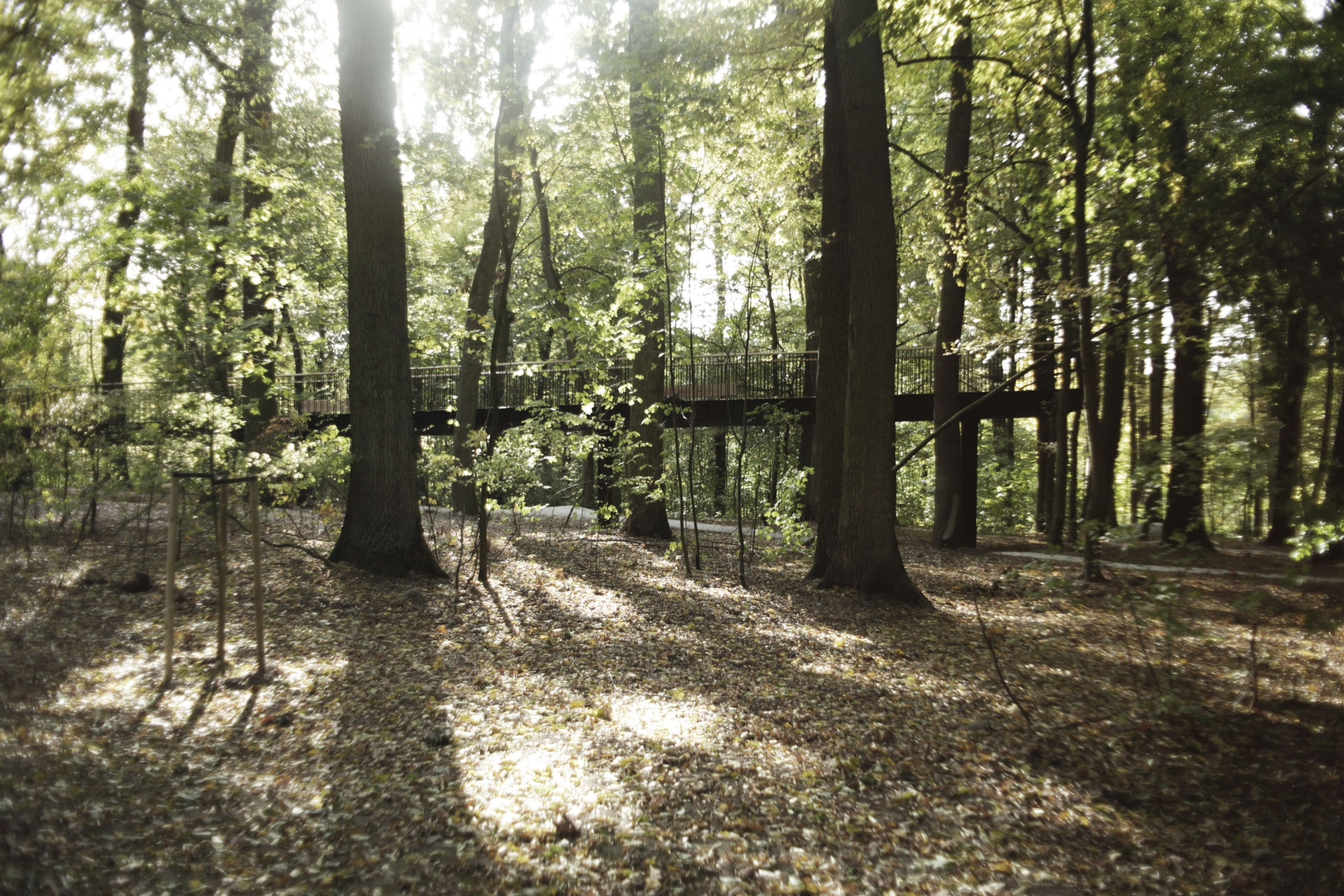 Iława Forest in northern Poland has been reborn following the interventions of Landscape Architecture Lab. Inviting citizens back to an area that had long been neglected to wilder impulses, this forest restoration has been carefully planned with the help of various experts in order to prevent damage to the broader ecology of the forest. Let's hear more on the story of the Iława Forest from Marta Tomasiak  (principal, Landscape Architecture Lab).

Park Semi (Park): This project set out to restore an urban forest in Iława, northern Poland. Above all, I want to hear about Iława and the preexisting characteristics of the forest in the city. What was the background to this forest restoration project?

Marta Tomasiak (Tomasiak): Iława is a city of approximately 30 thousand inhabitants in a beautiful lakes region. The city is surrounded by spectacular natural scenery, including the longest lake in Poland, Jeziorak. Areas of wilderness are prevalent within this urban context, but for many years there was no particular programming and no proper maintenance. As a result, it is unique from an ecological point of view, in which wild areas became considered as dangerous, neglected or not worth visiting by local community and tourists.

This is exactly the case for ‘our’ forest. When we started the project the site was not considered a valuable space and not even a beautiful one. There was quite a lot of rubbish there as the Municipality didn't have a maintenance programme back then. The only maintenance steps that were taken were ococcasional and selective tree logging, as the site was under the management of the local forestry service. Until our project happened the woodland was maintained as a productive forest with rather low occurrence of wood harvesting, but the logging still took place each year.

The lack of popularity on this site resulted in the flourishing of its wildlife. When we first visited the site we discovered a very stable, strong natural ecosystem with rather minimal human use or intervention. The Municipality of Iława was the project initiator of the project – however, it wasn't this ecological value that mainly motivated the restoration, but an overarching need to develop a programme and a use for a site that has been neglected and marginalized.

Park: Unlike ordinary projects, forest restoration projects face an important issue; 'how much landscaping and architectural practice will act upon and alter an existing forest ecology’? What were the challenges and specific guidelines presented in Iwabashi and what were the design goals for Landscape Architecture Lab?

Tomasiak​: What we considered to be the biggest challenge behind this project was to find a balance between the proposed programme, architectural intervention and the stability of the ecological system, essentially the preservation of nature. We felt a growing responsibility as the project developed, because the longer we worked with this unique site, the more protected or endangered species habitats we discovered, learnt about, and the more "magical" the woodland became.

The tentative guidelines provided very extended programming for the site, so it was clear for us from the earliest stages that our aim would be to minimise a long list of activities planned by the Municipality. Thus, part of our job was to convince the client that the smallest degree of intervention as possible would be best for the site. At the same time, for all the architectural structures implemented in the project we set the aim of enhancing the feelings experienced within the woodland, rather than signaling the simple fact of its existence. The main purpose of any infrastructure was to help future users discover the uniqueness of the site and experience an area of almost untouched woodland. 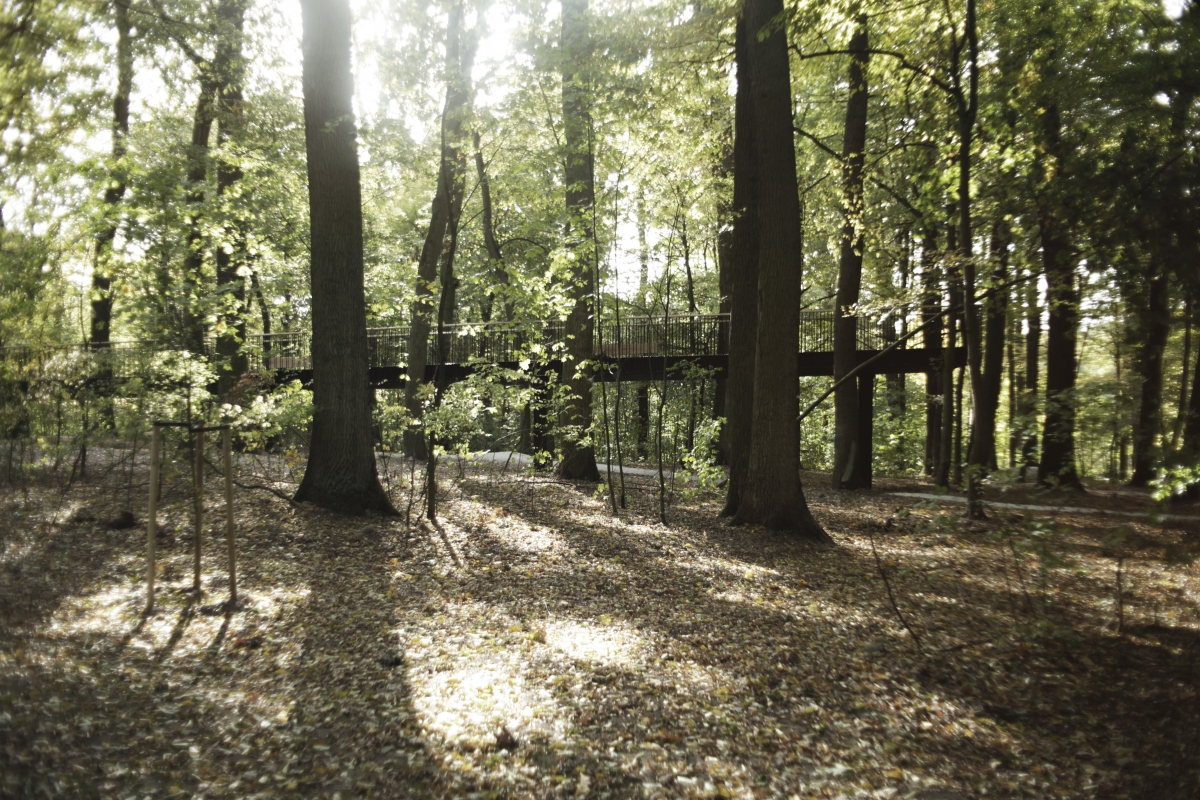 Park: Ironically, the less human beings intervene in such sites, the better our environment can be preserved. The more we design and build, the more our forests are damaged. On the other hand, the introduction of programmes required by citizens is popular, in order for marginalised urban natural areas to become active. How did you overcome this contradiction and what programmes did you plan and organise?

Tomasiak​: This is very true. And with all our projects we always try to justify the fact that a new design is not a waste of materials, human labour, or the land upon which it is supposed to be built. That it is not harming the land. With any new design we always raise the question of what any new intervention will do to a site, to the local community and to an ecosystem. What is the intention behind the intervention?

At the same time, in a time of ecological crisis, we believe that projects that teach people about the natural environment provide the possibility to experience the wilderness and to build greater respect for habitats and ecosystems are especially important. We believe they offer the chance reestablish a healthier relationship between humans and nature and to rebuild a respect for landscape that has somehow been lost.

In this sense projects like Iława do not necessarily sustain the contradiction that you mentioned. We managed, and that was the most difficult problem to work through with the client, changing the status of the forest for a natural one. This means that any dead wood or broken branches are left where they fall and support building a stronger and more balanced ecosystem. And this, from a the long time perspective, will make the forest more resistant than ever to the continued encroachment of logging. But to achieve that, as an architect or landscape architect, you have to not only aim to build but, most of all, to educate, negotiate and convince the investors and local communities involved in the decision-making process. Above all, you need to respect the land and people who live on it.

Ultimately, we introduced the walking and cycling paths system (including specialised single track trail), a viewing platform, urban furniture along the paths and in the recreational areas (ex. benches, swings, hammocks) lighting of the main path and a wayfinding system. The focus of the programme was to provide an opportunity for humans to connect with nature and to introduce new channels of perception for the visitors.

Park: What architectural or landscape elements did you use to help people experience the forest?

Tomasiak: We proposed a beautiful ‘forest narrative’ built within our wayfinding system. Through the stories told on the boards we tried to encourage seeing the trees almost as museum objects. We proposed an engaging story of the ecosystem, touching the issues of dead wood, death in nature, animal species living in the forest, and the sound and smell of the place. We aimed to awaken the visitors’ curiosity. Additionally, we proposed architectural elements that would change the typical perception of the space –  a viewing platform that emerges between the tree branches, hammocks that make you look at the tree crowns, swings that make you realise the wind movements in the forest and the sounds it creates. There are also more sculptural elements that recreate, for example, the size and age of the oldest tree in the woodland.

Park: I heard that the project was implemented with the collaboration of the city council, environmental activists, local historians, designers and engineers. What was each participant’s role in the project and how did they make decisions and work in collaboration with each other? I would like to hear more about your evaluation of the final results.

Tomasiak: The Landscape Architecture Lab was contracted for the design of this project by the local municipality. Throughout this process we managed to build quite close partnerships with the council, which looking back now, after other projects, is not often the case in Poland. We felt with the Iława Council that we became one team aiming for the same goal. This didn't put a stop to difficult or long debates on proposed solutions, but somehow helped to achieve a consensus, as the intentions of both the client and us, the designers, was the same.

To go through the building permit process and to progress to the executive stage we needed to build a team of engineers of a range of expertise, including structural engineer, road engineer, electricians, lighting designers and architect that verified our project, wayfinding system designers. We were very lucky to find people who are not only talented in their discipline but also shared our approach to the landscape and a fascination for the site. We found some of the team members locally, close to Iława.

The core team of the project was us – the Lab and wayfinding system designers - Aleksandra and Tomasz. We felt that in order to best understand the site and the ecological value of it, we needed the support of a biologist and ecologist. This is how we initiated a collaboration, through a team of three specialists - a biologist, phytosociologist and ornithologist. They were sort of our compass to lead the design in a good direction and to limit its intensity. They carried out an extensive ecological survey of the woodland; marked all the most precious parts of the forest, found the oldest trees, spotted the bird habitats, pointed out all the protected and endangered species. They worked with us as well on creating the narrative for the wayfinding system.

Throughout this process we were lucky enough to be put in contact, through the client, with a local historian. Thanks to him we discovered the site had a long history of being a recreational area for the locals, and all of this before World War II.

All this effort came from people from such different backgrounds, I believe, building the collective knowledge we used to design and implement in the project. It put the design on another level and justified our architectural decisions.

Park: Landscape Architecture Lab's landscape design, including the Artist ’s Garden and Garden in Filtry, is very minimal and delicate. In particular, artificial facilities give an impression of a minimal design achieved through the maximum use of natural materials. What is your philosophy of landscape design? In addition, I would like to hear your thoughts about the relationship between landscape design and architecture.

Tomasiak​: Iława Forest and two gardens in Warsaw are our first implemented designs and, I believe, they capture our design philosophy quite well. Yes, we try to be rather minimal and modest within our approach, but most of all, we come to our design with big respect for the site and land. We believe our job is to enhance what is already there, rather than a kind of overdesign. This results in the use of natural materials, sourcing and crafting them as locally as possible, but even more than the material itself, we care about creating spaces. These are outdoor, yes, but we think about places we work with in a very sptcial, architectural way. Considering its density, borders, its ‘roof’ and floor, relations and composition of constituting elements. From this aspect I consider architecture and landscape architecture as very close. It is just a pity that question raised by James Rose –  how to design a building that is an extension of the garden or surrounding nature? –  is not asked often enough. 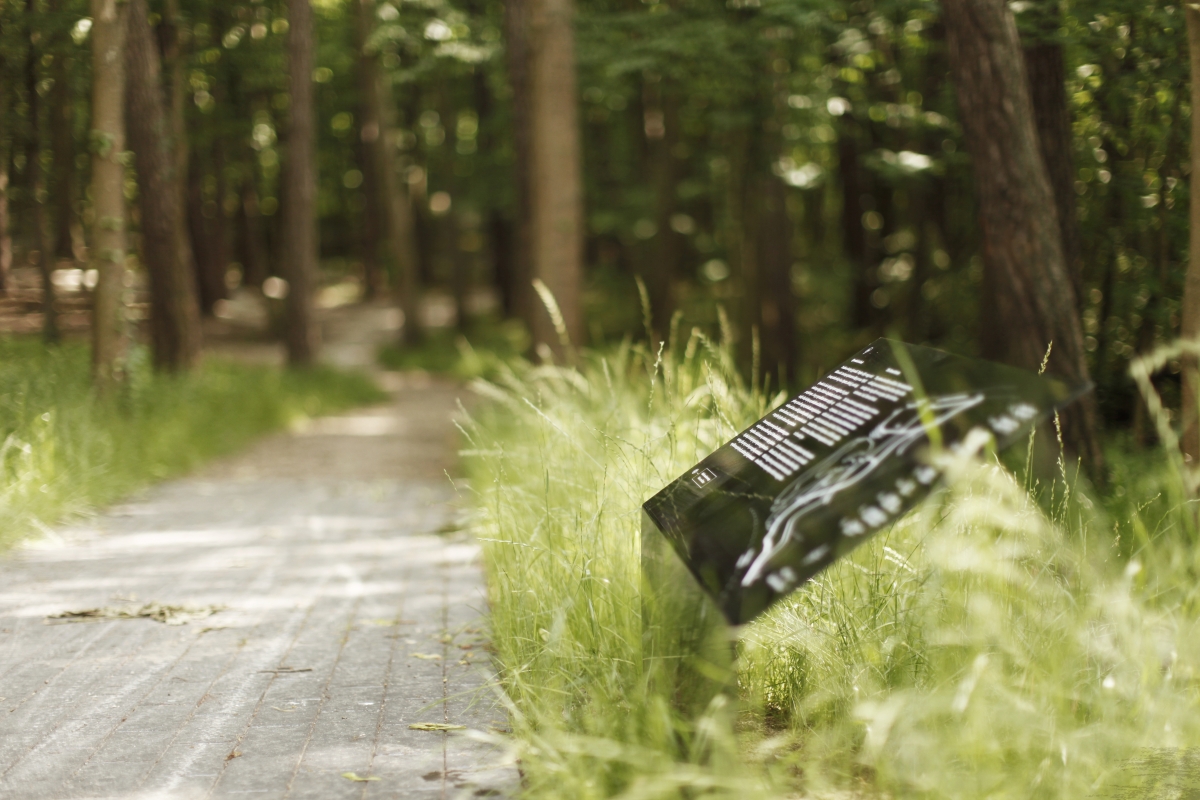 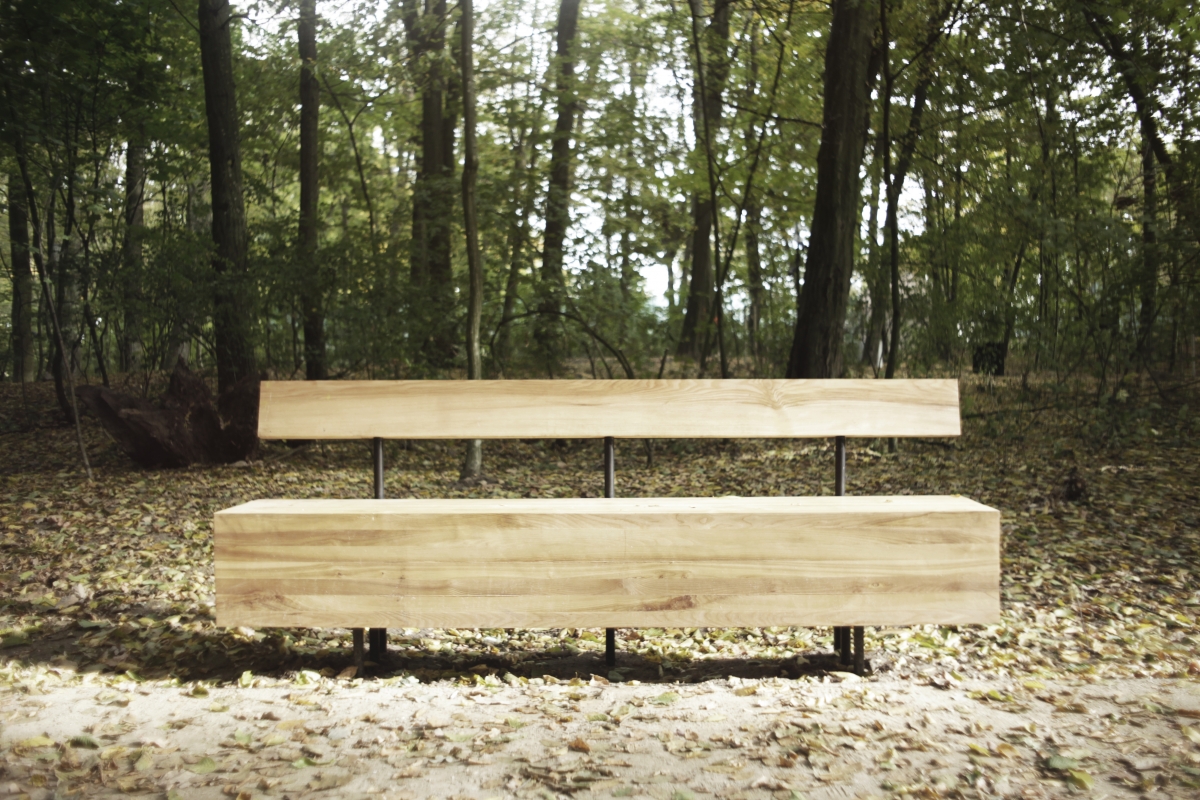 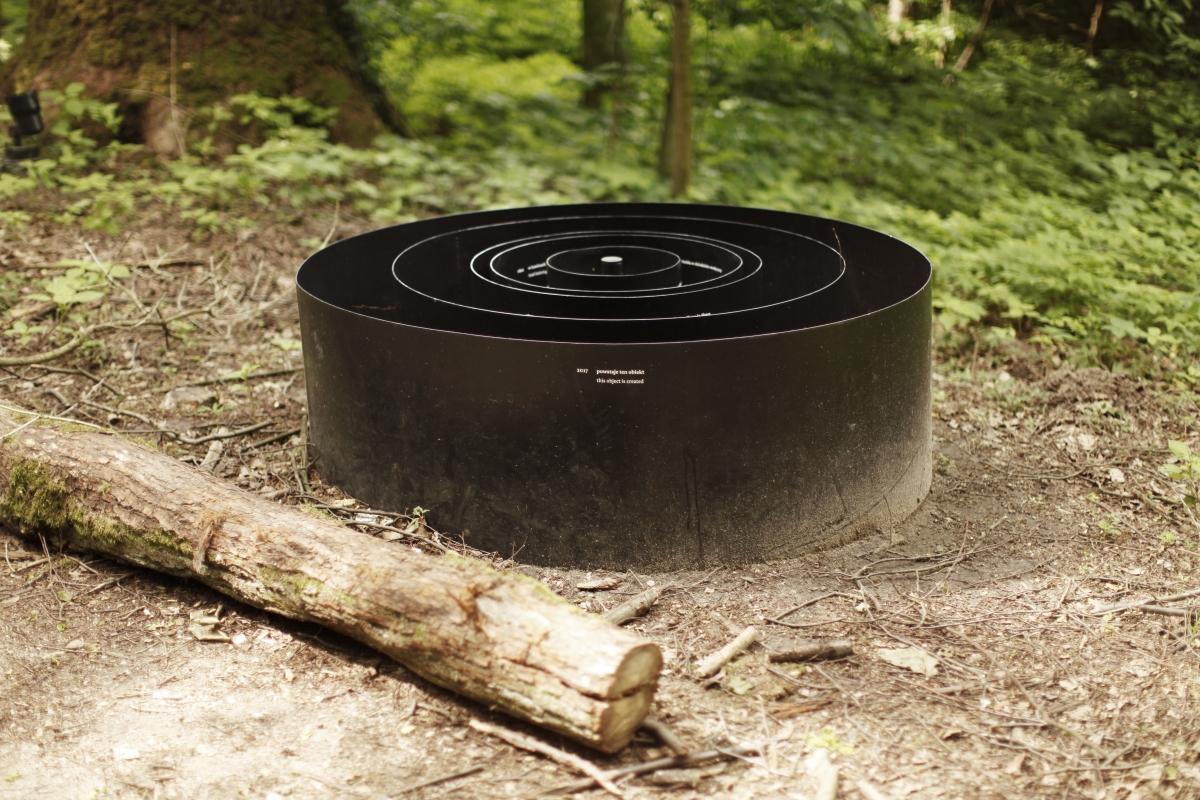 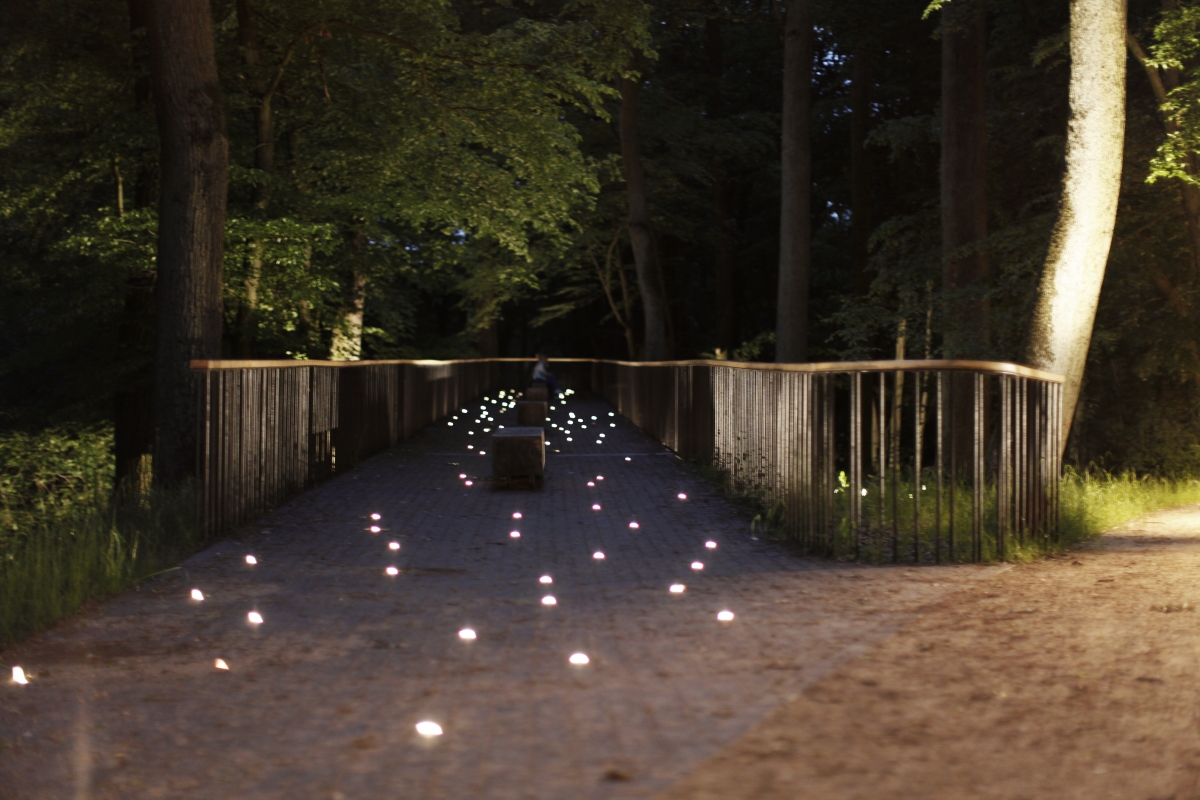