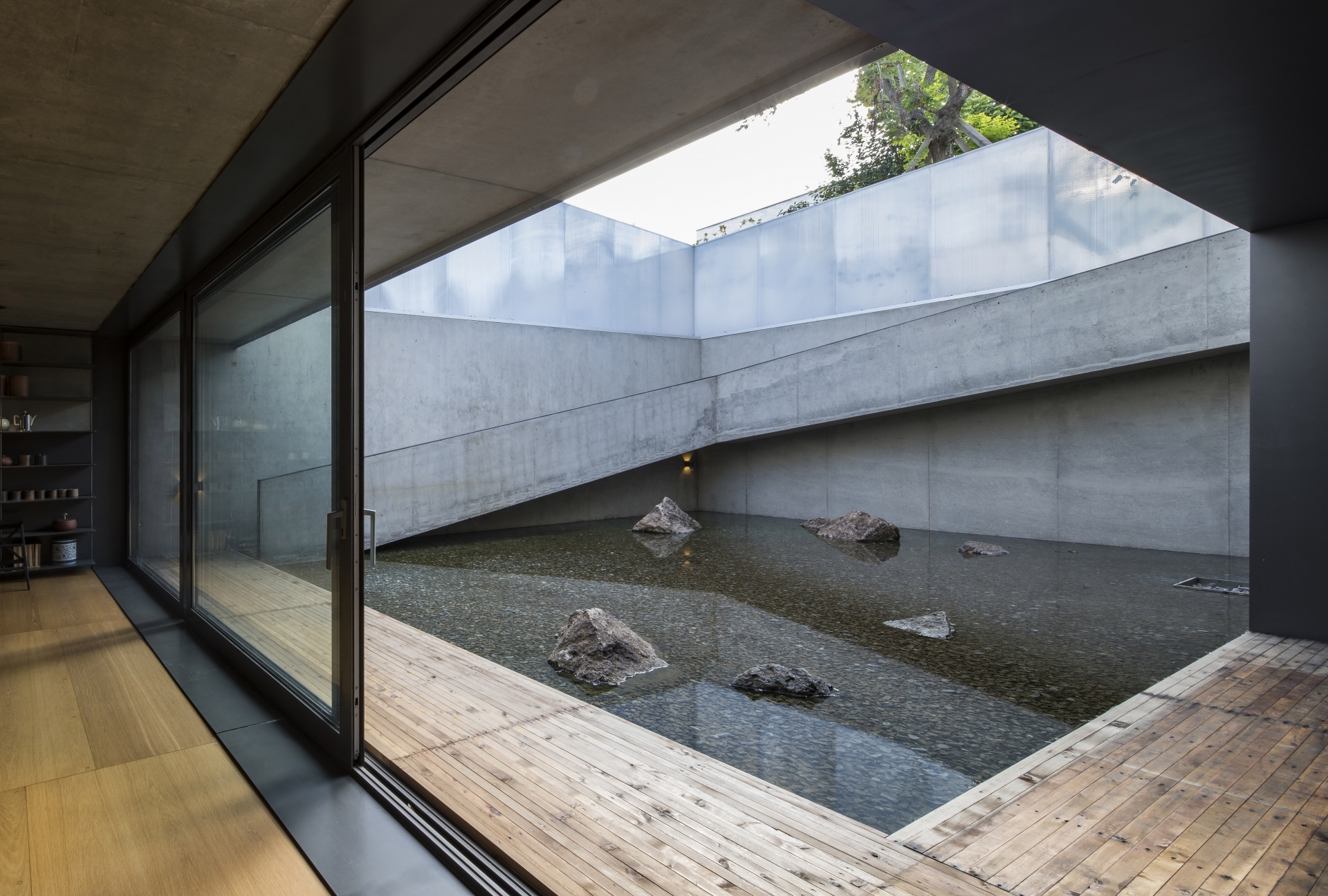 TWO-FOLD YARD, located in Beijing, China, is a three story building (two levels above ground and one below ground) designed by Tao Lei. It is a home for a family of five as well as a studio for an artist. Two different spaces – the residential space of daily life and a working space for creative and artistic activities – have been separated out but at the same time they coexist.

Choi Eunhwa (Choi): First of all, I’d like to know more about the site conditions.

Tao Lei (Tao): The project is located in a villa district built by a developer in Beijing. It is surrounded by hundreds of standardized commercial dwellings, each of which retain a small piece of open space. All of these dwellings are closely connected except for the necessary roads through the park.

Choi: How many people live in this house and what specific requirements did they have?

Tao: There is a family of five here, and the client is a well known male artist. Before any design, I always talk with the client to learn more about their life and to prepare for the design. Designing a house is actually designing a life, so the decisions made for space begin with how the occupant intends to live. He said he needed an independent creative space to ensure that he would not be disturbed by his family during the hours of artistic creation, and hoped that a yard would give the children more opportunities to interact with nature.

Choi: The project is divided into two parts. While the underground space is closed and covert, as a working space to enhance periods of concentration, the spaces above are bright and open to host the daily comings and goings of the family. You mentioned two spaces as ‘different worlds’.

Tao: The difference between the living space on the ground level and the working space underground is not only physical, but also perceptual. The living space has been dotted with various flowers and trees, and with a space that plays witness to the changing of seasons, and as such it is more natural and wild. The lower creative space is another mode entirely, quiet and powerful, expressing a pure spirituality with the building itself. The most important thing is to correspond with the respective needs of two different spaces, to properly utilize the resources offered by the site, to create different living atmospheres, to establish independent indoor and outdoor scenes, and to make the independent spatial systems without interference. The two spaces envelop the yard and merge into a overarching entity. There is a certain visual connection.

Choi: The two spaces differ in their use of materials; wood was used for the house while materials such as concrete, stone, and aluminium were used for the studio.

Tao: In addition to the physical properties of building materials, there are also differences in feel and effect. Wood can make people feel warmer and softer, so they should be used in a living space, while concrete and aluminum are used to communicate strength and rigidity, and used in creative spaces to make people feel calm and focused.

Choi: The height of the floors is varied and rich. The sequence from here to there and the scenery presented in each space is generous.

Tao: The change in floor height in a single space can satisfy the division of functions on the premise of ensuring space fluidity. At the same time, a hierarchical order of space has been established, and the richness of space can bring joy to people’s life rather than just decoration.

Choi: Please describe the spatial sequence as if you were the client: from the entrance to the centre of the house.

Tao: In fact, there are two independent entrances so that guests visiting the studio can avoid the need to pass through the family space. Often the clients themselves choose to return to the living space first, which is also the defining space in their home. When you need to work you will go down from the indoor elevator to the studio or walk down the outdoor ramp when the weather is good to feel the natural breath of the outdoors.

Choi: The TWO-FOLD YARD is the renovation project. The existing house was turned into the residential space and the new underground space was added. You may have chosen to extend it above or to the side of an existing building, but you decided to extend it underground.

Tao: The original building was a more functional house, and the two square box-shaped basic forms were relatively independent from the site, with typical modernist characteristics. The reason for extending the building underground is to allow the new studio to have access to the ground landscape, the atmosphere created by the sunken courtyard is more stable and free from external interference, and avoided introducing an upward extension that might inconvenience the neighbour. The roof of the studio is used as a garden living space above ground, combined with the sunken courtyard at a half-height outdoor space.

Choi: I also want to ask about construction. You might have started with digging the ground and then proceeding with the construction, but with the existing building maintained, how did you construct it?

Tao: The newly added building and the original building retain their separate structural systems, which is an important prerequisite to ensure the excavation of the site. Another point is to choose construction in winter to avoid erosion to the sunken slope wall by the rain, and complete the structural capping before the rainy season.

Choi: There is a transitional space between above ground and underground: the courtyard. It is impressive sight to see some stones placed in a water space surrounded by the exposed concrete.

Tao: This courtyard is firstly an extension to the interior working space; it is at one with the interior. Stone and water create an abstract natural landscape. It offers a possibility for indoor life to get along with nature, and it is also a second livable world.

Choi: TAOA designed not only the architecture but also the landscape. What species of plant did you choose and why?

Tao: In terms of the landscape design, the optional landscape elements on the ground level and the underground creative space are also different. To meet the richness and comfort of life, clusters of trees, shrubs and herbs were selected to form a rich micro-natural community. These plants make people sense nature’s constant evolutions and the changing of the seasons. In the lower courtyard space, water and mountains and stones are selected. This relatively constant natural object also makes the sunken courtyard extra quiet and poetic. Together with concrete, it creates a spatial atmosphere that can help people think anew.

Choi: Your other housing projects – for example the Floating Courtyard – also bring nature into the residential space. What do you think is the role of nature in the house?

Tao: The Floating Courtyard describes the structure of the courtyard floating on the ground. In this project, nature is also brought into the living space because we cannot completely isolate ourselves from the world. In addition to cities and machines, which can provide us with material and efficiency, we also need the richness of life and the poetry of life, which are inseparable from nature.

Choi: To extend the scope of these questions to architectural scene in China: are there any problems or issues with which architects in China currently grapple when working on house projects? What flow or commonality can be captured?

Tao: Most of China’s residential projects are controlled by capital, blindly following the market, blindly following the momentary preferences of the masses, losing their own unique cultural stance and the opportunity to create new buildings, and most architects can only imitate the traditional style and surface style of the Western world, lacking innovative approaches to local climates and lifestyles, and respect for uniqueness of regional culture. Very large communities are constantly being built, the same units are constantly being copied, and rapid urbanisation is not only fuelled by the greed of capital, but also by political aspirations, and these two forces have brought about insurmountable obstacles to future highquality living conditions. Most projects require a compromise due to the need for speed. 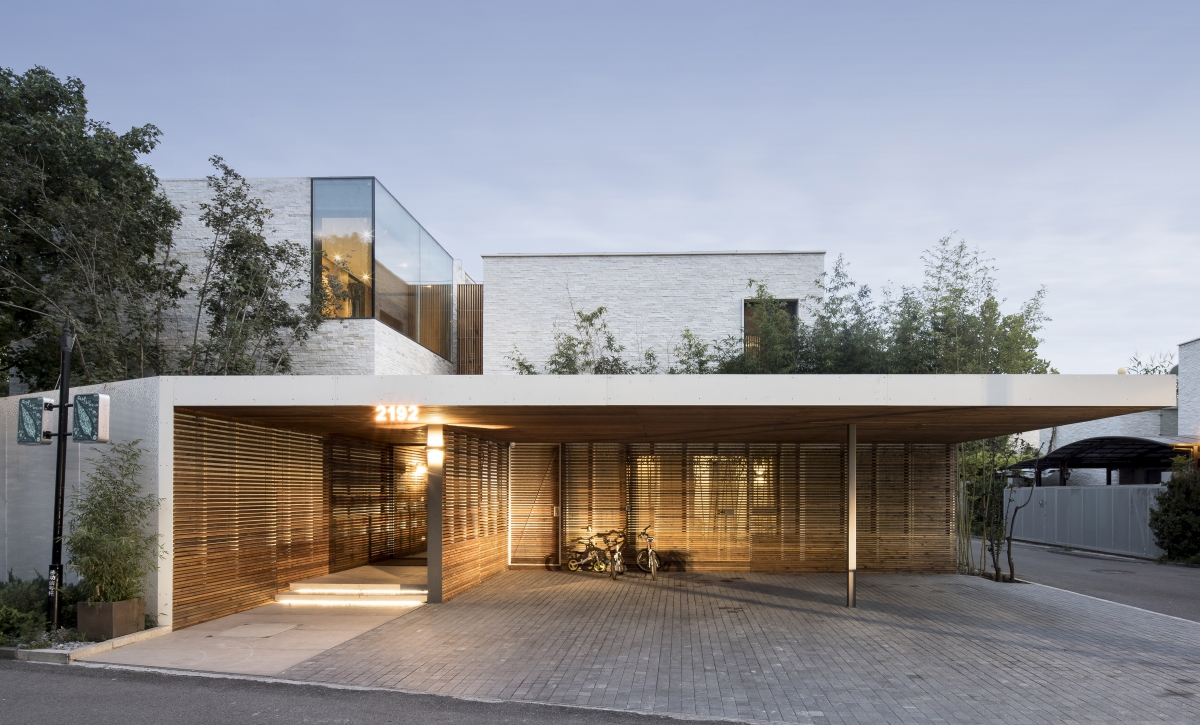 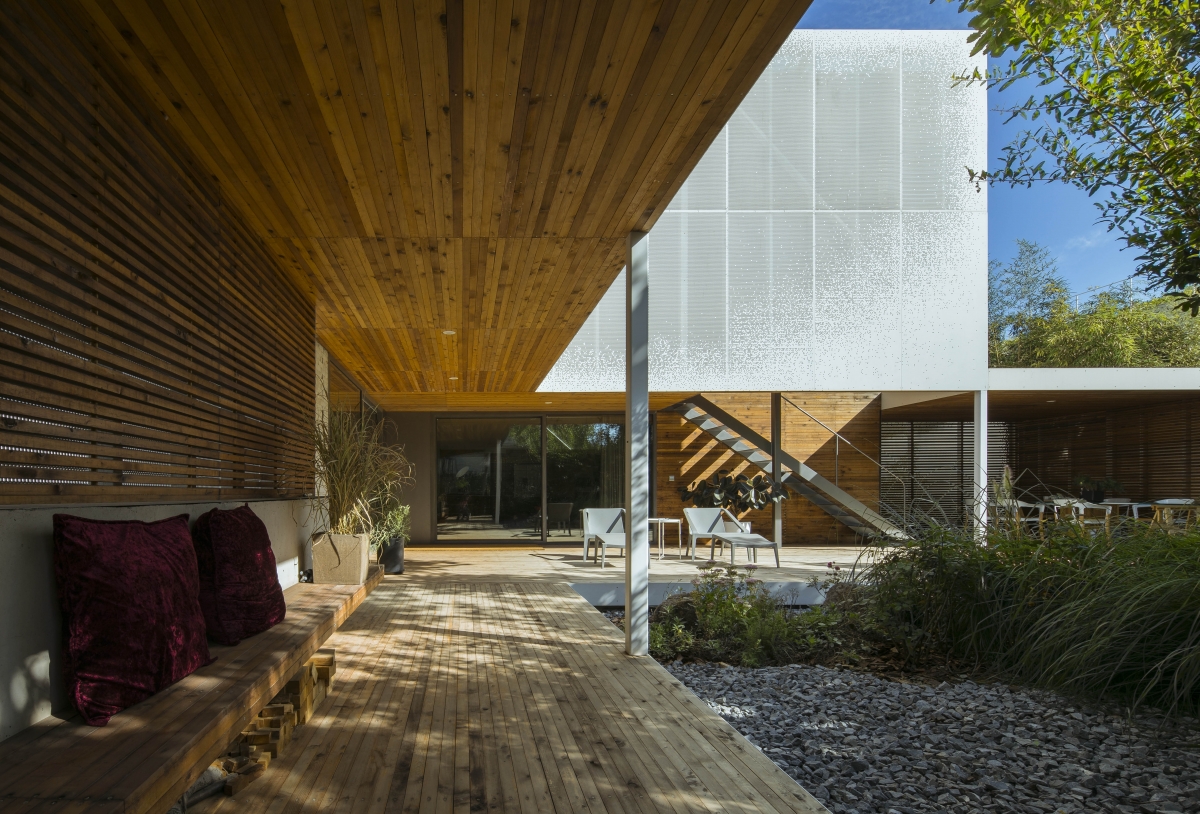 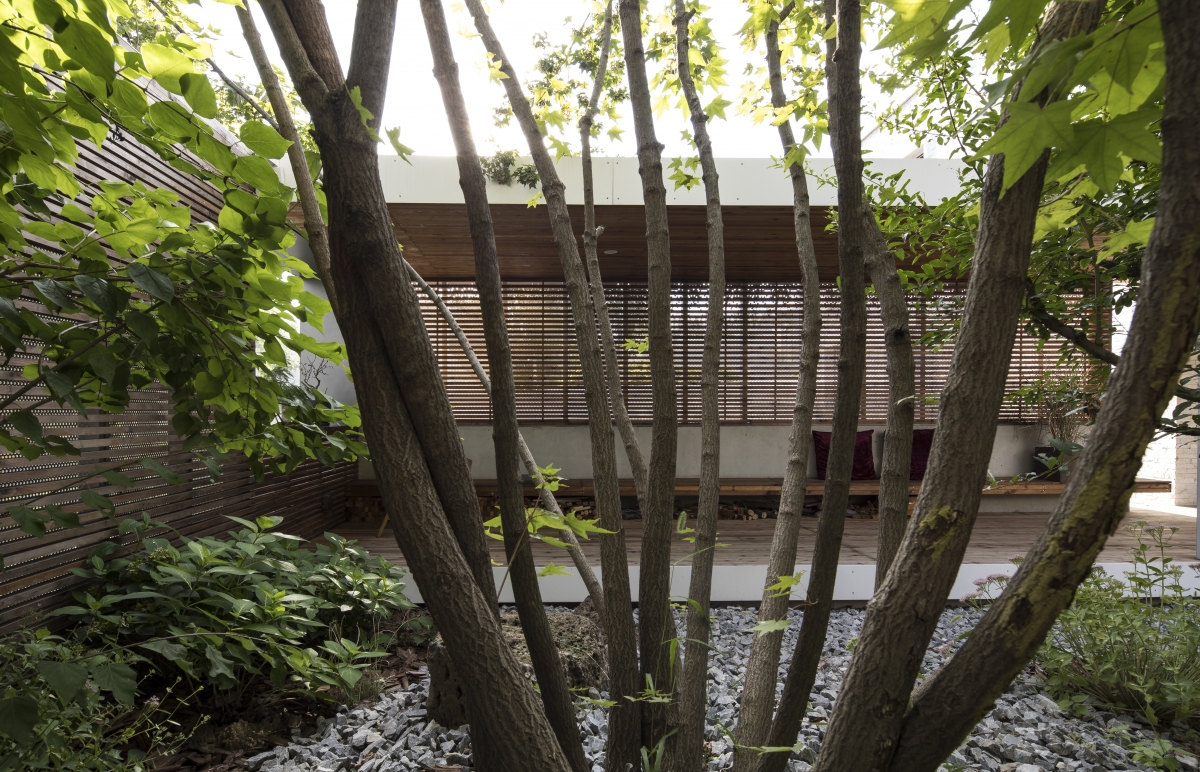 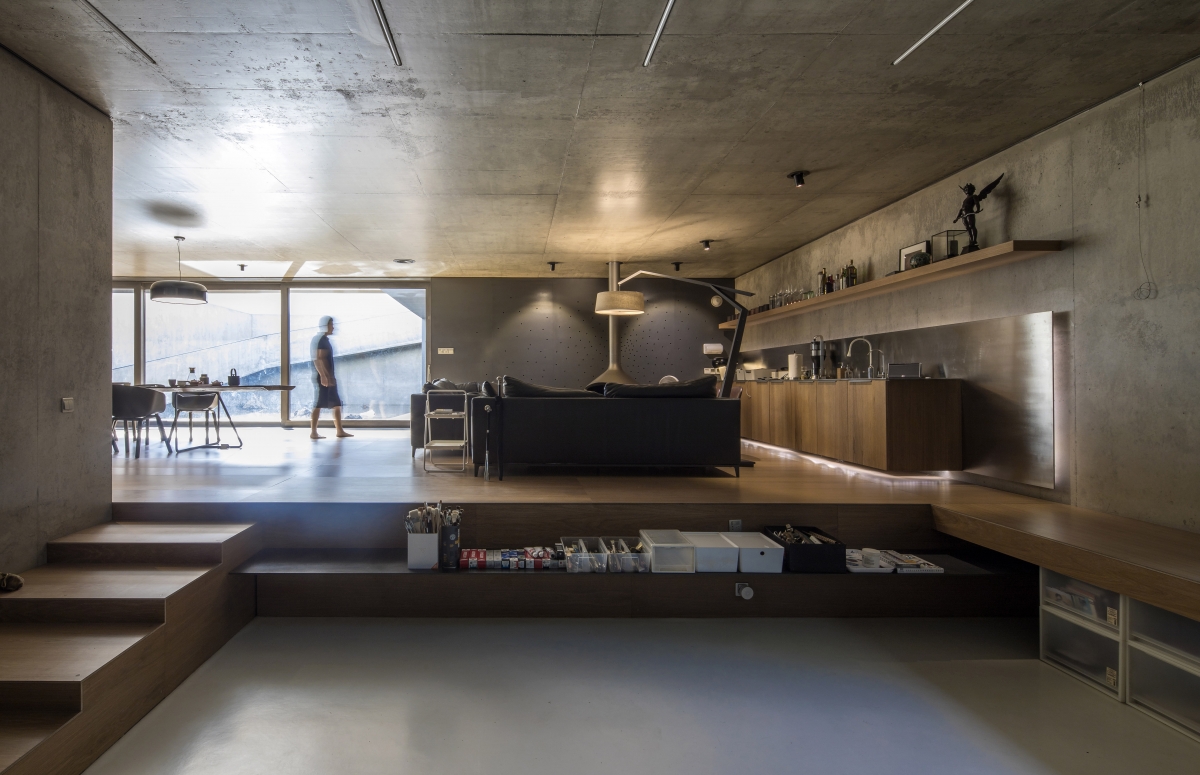 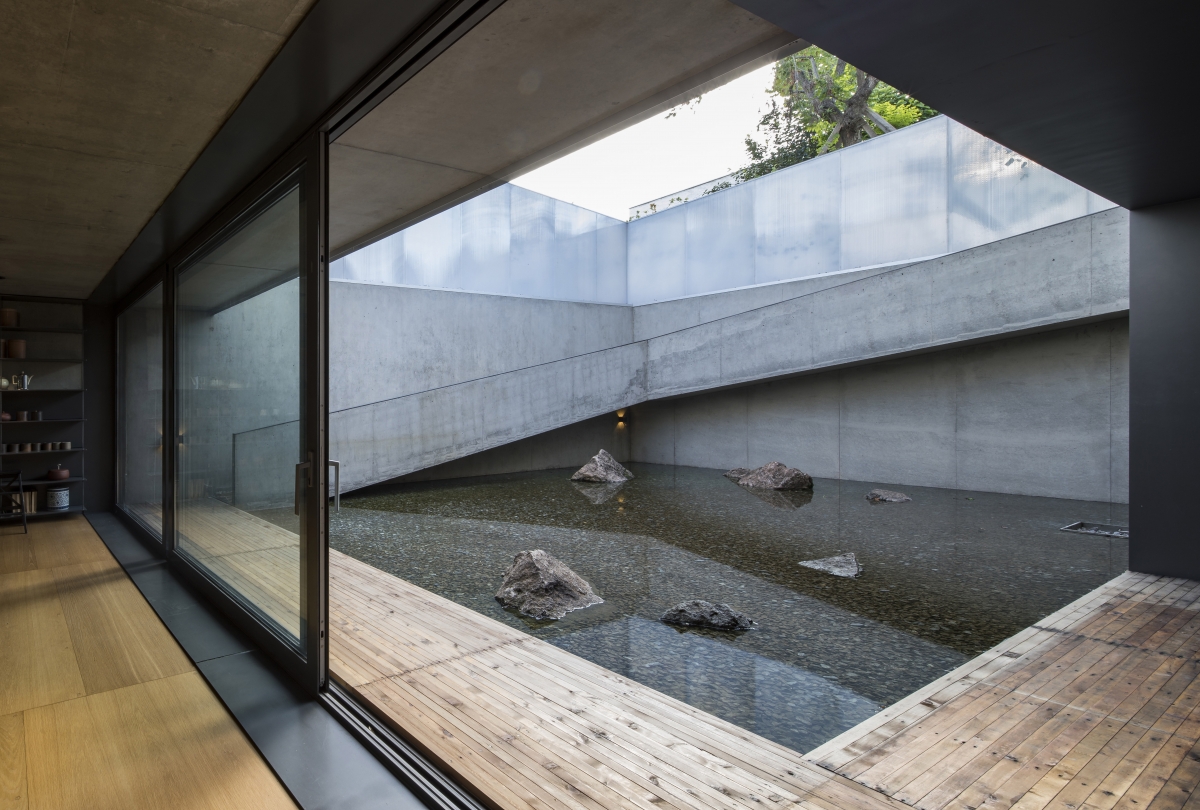 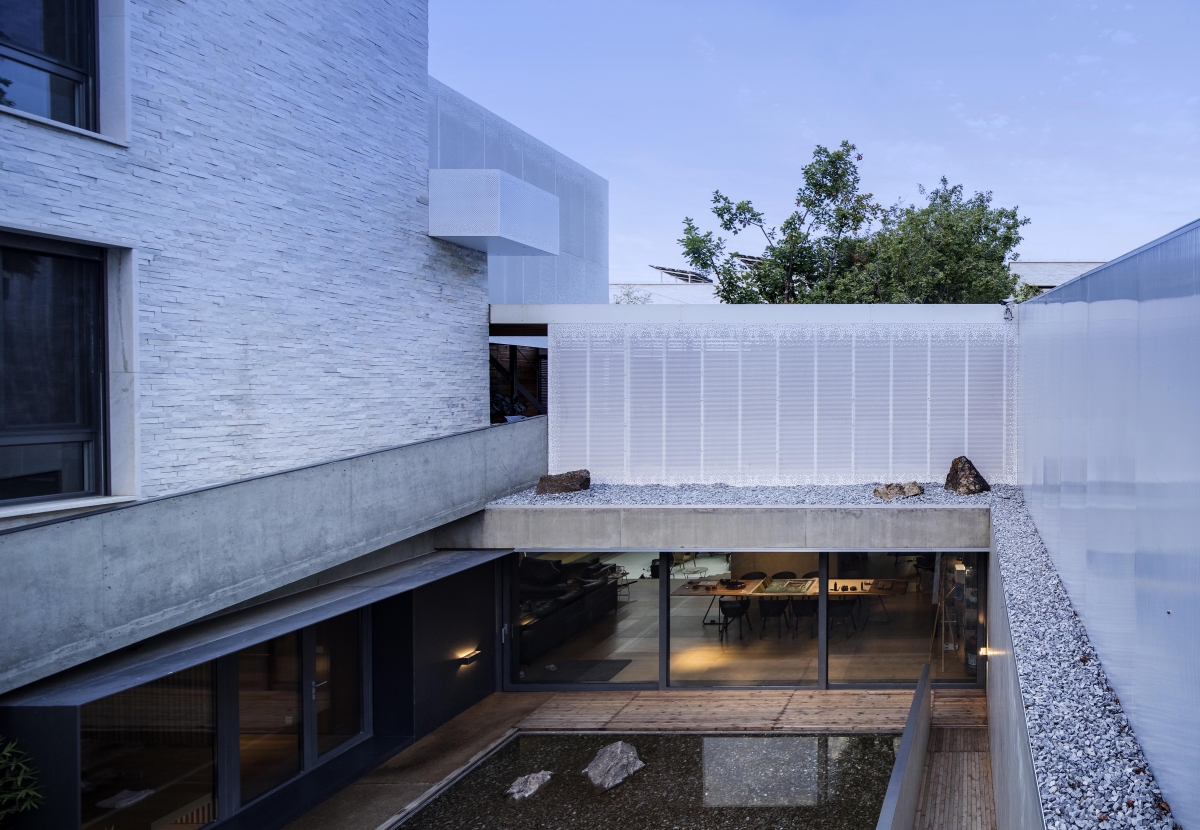 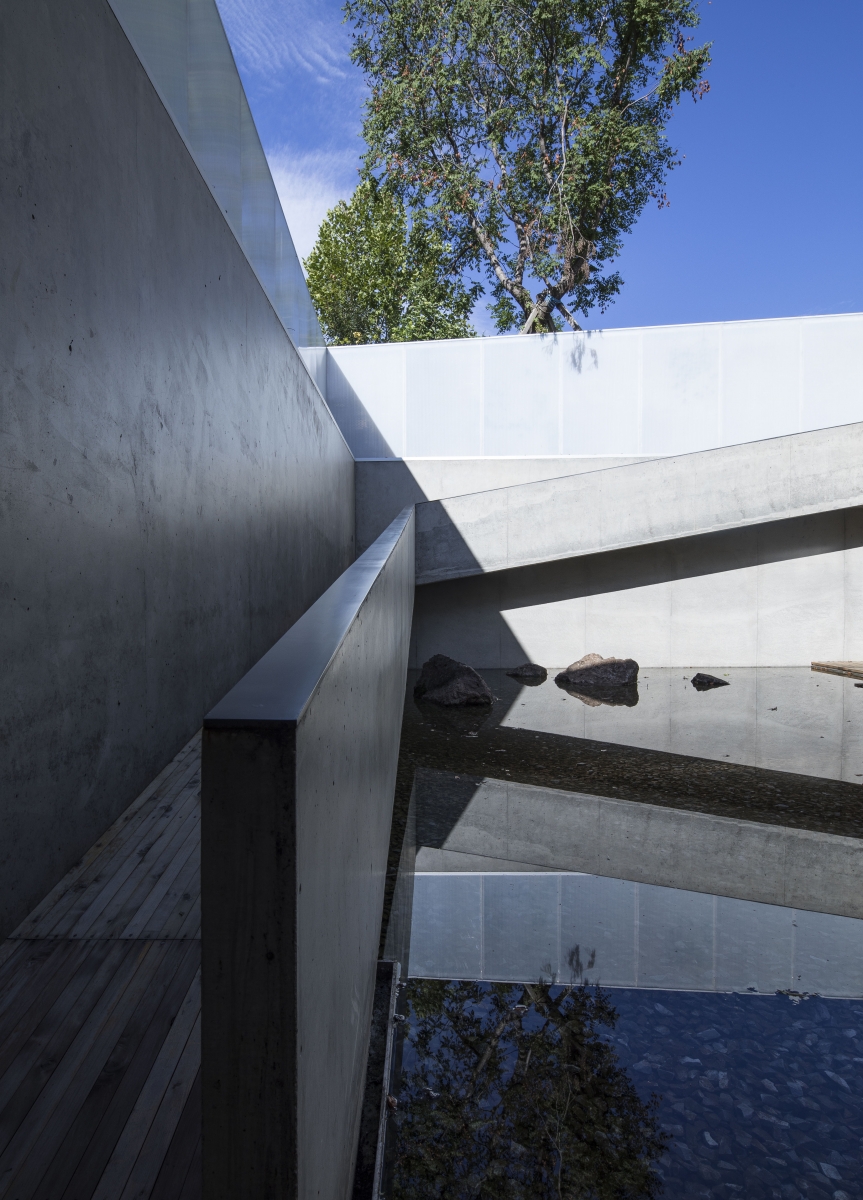 Tao Lei
Tao Lei received his B. Arch Degree from the Central Academy of Fine Arts (CAFA) in 1997 and established TAOA in 2011. He is also a professor at CAFA. Engaged in architectural practice since 1997, he has adhered to the principles of innovation as well as considering of social practical problems. In 2012, Tao Lei won the Young Architect Award nomination of 2012 China Architecture Media Awards.
No.629 April 2020 China Beijing House Studio TWO-FOLD YARD Tao Lei Working space Courtyard Ramp Water space Stone Divide Connect
LIST
bookmark_border
favorite_border
7