Platform for Communication Between Creatives

Today, space-based platform businesses are overflowing in Seoul. Airbnb, the lodging sharing service established in 2008, and WeWork, office sharing service founded in 2010, followed by startups based on the sharing economy coursing through many fields. With the increase in related startups, the concept of ‘spatial platform businesses’ was established in the architectural field, which generates profits by making better use of space. In general, they can be split into two types; rental platforms such as FASTFIVE and SPARKPLUS, which are shared by many members; subscription platforms such as Chwihyanggwan and TREVARI, which provide spatial contents at a certain cost. Here, however, a place claims ‘a community for creators’ in between sharing and subscription services. In other words, it provides creatives with an environment to produce content and to share its results with many people. It is ‘cociety’ in Seongsu-dong that talks about such ambition. Cociety is a hybrid term standing for a community that grows together. How did Lee Minsoo, co-principal of cociety, plan a community for creatives?

Breaking away from AnLstudio, Lee went to the Department of Design, Hanyang University and opened Studio Unmet, a design studio, which became the birthplace of the Unmet People, the operating corporation of cociety. Running a small design office, he realised that the market is not favourable for individuals or studios in architecture and brand design field with only one to three staff members. He pointed out the absence of ‘mingling’ as one of the reasons. Mingling is the act of forming consensus while people talk to each other. ‘Open source is so scarce in the architecture and design field that creative often fail to find adequate opportunities. The absence of a place to listen to each other and to share information or solutions have prevented an ecosystem for creative activities from being settled’. Unmet People, which aims to create synergy between creatives, began with this idea. First, steady mingling between creatives needed a

physical space where they could gather and present their products of collaboration. The construction of such spaces costs a lot, but it was not easy for Unmet People to attract venture capital with the subject of a creative community. Venture capital is now using the spatial platform as a means of generating stable revenue in the recession, but the market didn’t react positively to the business while Unmet People was preparing for cociety. Nevertheless, Unmet People persuaded investors that the demand for offline experiences was increasing as much as the growth of the online market, and positive reviews of the marketability of creator’s community and future value led to attracting investment.

Unmet People chose Seongsu-dong as the home of cociety. Seongsu-dong is easily accessible to Jongno and Gangnam, the capital business districts of Seoul, with high floor area ratio designated to semi-industrial area. These conditions have attracted numerous startups including spatial platform businesses in Seongsu￾dong, followed by continuously emerging industrial and cultural spaces. Unmet People made a contract of a ten-year long term-lease on a site with a single building and a garden. The rent was cheaper than expected, and the savings were used to improve the environment of the building neglected for years. Managing to secure spacious and comfortable spaces, cociety had more important problems to solve; to establish a different identity under a deluge of industrial design and spatial platform businesses. Broadening the spectrum of design by exploring fields related to architecture, he expanded his work area from site selection to design and operation with a consistent vision. ‘In the past, if a client commissioned me to design a building without a site or program, I asked him to call me later after he fixed all related items, because I felt like intervening outside my realm. Crossing beyond the traditional construction sector, however, I realised that planning and consulting are the means to expand the spectrum of architecture’, noted Lee, continuing, ‘Unmet People is competitive in that it can connect design with tasks not assigned to architects’. In recent years, more and more young architects are expanding their business to include real estate development, feasibility studies, regional research, and space management, but few take charge of the

entire range of architectural projects from business planning to programme operation like Lee. He has provided architectural integration solutions that cover a wide range of tasks, and he is actively involved in programme development and operation after the establishment of cociety.​

Flexible Spaces, Changing Programme
Unmet People hopes to continue to operate cociety through space that will flexibly adapt to various programmes rather than express their identity through architecture. This is because it is important to keep activities in a space percolating over a long period of time. Therefore, instead of a design-oriented original plan, an alternative plan consisting of four buildings and spaces that connecting them were applied to cociety. The old metal workshop was renovated as an office (Building A), a coffee lounge for conversation (Building B), a multi-purpose space with a wooden truss structure from the old building (Building C), and a pavilion which can become an outdoor area (Building D). Bridges and sliding doors between each building allow spaces to be split or integrated as needed. This spatial composition shows that cociety can accommodate a variety of programmes as well as all the characteristics of the rental and subscription space platforms described above. In general, the spatial platforms tend to have a fixed programme in order to provide a tenant-oriented environment with internally operated programme. On the other hand, cociety prefers the participation of ‘cociety friends’, a network pool of experts in planning and operation of the programme.
Cociety is used in various ways depending on the planning initiated by Unmet People and friends. Building C was used as a theatre that projected a movie on its wall in ‘Cinema Paradiso’, and a tasting place with a coffee station at the centre in ‘A Letter from the Barista’. Building D was transformed as an outdoor space where people sit and talk in ‘How the Magazine Industry Can Save Itself’, and a stage of contemporary dance and L-shaped auditorium in ‘Out of Body 1.1’. Besides such various uses of the space, cociety has one more important element; sequence. ‘A walk through a narrow, long alley, one may face a small garden and enter column-free space on the right. When reaching pavilion after passing the rows of wooden truss, the skyline of Seongsu-dong comes into sight through open roof. Crossing a bridge after coming back from the column-free space, one enters a lounge where people gather’. Lee called this experience a ‘continuity of scenes’. Among the previous programmes, ‘Varying Texture’ shows it the best. Sequentially presenting visitors with a garden, pavilion and objects, and still-object pictures installed in column￾free space, this exhibition provided visitors with the circulation to appreciate cociety in a natural way. With the evaluation that achieved excellent synchronicity with the space, the first exhibition of by the design studio Texture on Texture played the role of informing the spatial platform at the beginning stage. Attesting to this, the ​images of the orange colour and gable roof that have come to symbolize cociety could be seen on Instagram throughout the exhibition. At the time, however, Lee was very concerned about the reaction. He noted, ‘I wanted to run this space for a long time, but I was worried that the explosive interest in its early years would intensify image consumption, and in the world of commercialized architecture, I was afraid that even visitor’s emotional response would suffer the same fate’. Leaving a lot of attention behind, Unmet People, which hoped for the stable operation of the space, took a break after half a year of operation to figure out how to maintain the space for a long time.
Cociety Towards Seongsu-dong, and Beyond
Even before cociety, there were some spaces for community in Seongsu-dong. Safehouse, opened in August 2017, operated a shared studio and time-limited library for creators and lovers of genre literary. This space received a lot of attention while dealing with the subject of genre literature but moved to office rental platform HEYGROUND in order to concentrate on the support of the activity of resident creatives. Boboostore, opened in May 2014, is a similar example. The store of design co-operatives aimed to create a system in which creators would earn more profits by eliminating the middle distribution network. Struggling to recruit members and pay rent, however, the co-operatives ended its operation in Seongsu-dong in May 2015. In this way, maintaining a community in Seongsu-dong is not an easy task, but Unmet People advocates sustainability and seems to have a solution. Finding places that are actively operating programmes in Seongsu-dong, such as Root Impact, Sinchon Salon, Punto Blu, Seongsu Yeonbang, they are preparing projects that work with these spaces. Instead of point operation, they are seeking to operate through solidarity. ‘As in a position of promoting a lot of activities, I read local context, identifying who can collaborate and create a community. Forming connections with creators in Seongsu-dong, we are establishing a consensus to develop this area that can produce good culture for sustainability’. Lee’s statement implies that Unmet People’s cociety has the willingness to try to rally Seongsu-dong community. Working on building a community in Seongsu-dong, Unmet People is currently preparing a plan to spread their values to other regions. To the question about the possibility of expanding cociety, Lee mentioned the word ‘balance’ once again, saying that he is figuring out to establish a regional base. ‘Recently, there is an emerging demand to balance between experience available in Seoul and the outside, such as a dual life. This has the potential to build communities for creatives
in other regions’. Unmet People considers resorts that attract many visitors and areas that lack cultural contents as the next strongholds and is planning a space where they can interact with the local creatives in the areas. Most startups based on a sharing economy have counterparts to compare with at home and abroad. Tada’s service is to be compared with Uber and that of with innovative startups such as Airbnb. Located in between rental and subscription, however, it is difficult to find precedents or comparison targets with cociety. Thus, it is too early to try to classify cociety, and we may be able to talk about its character precisely only after a variety of activities have accumulated. 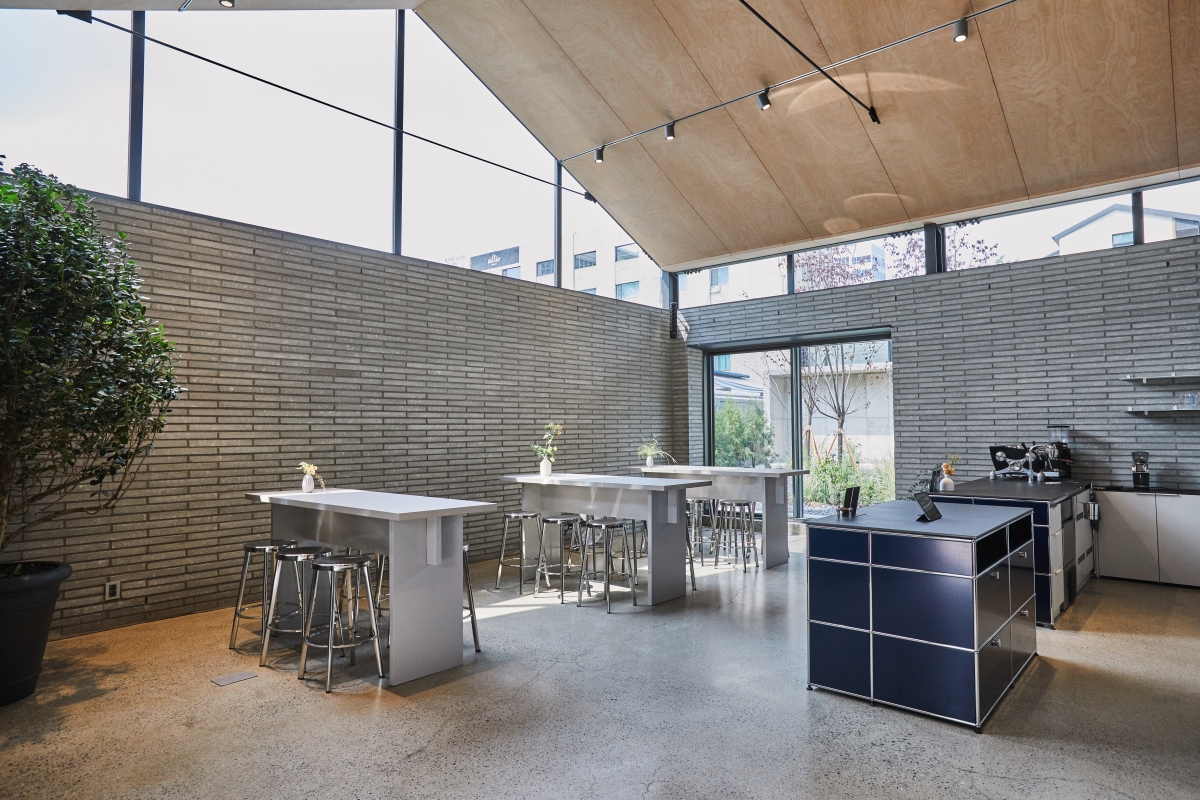 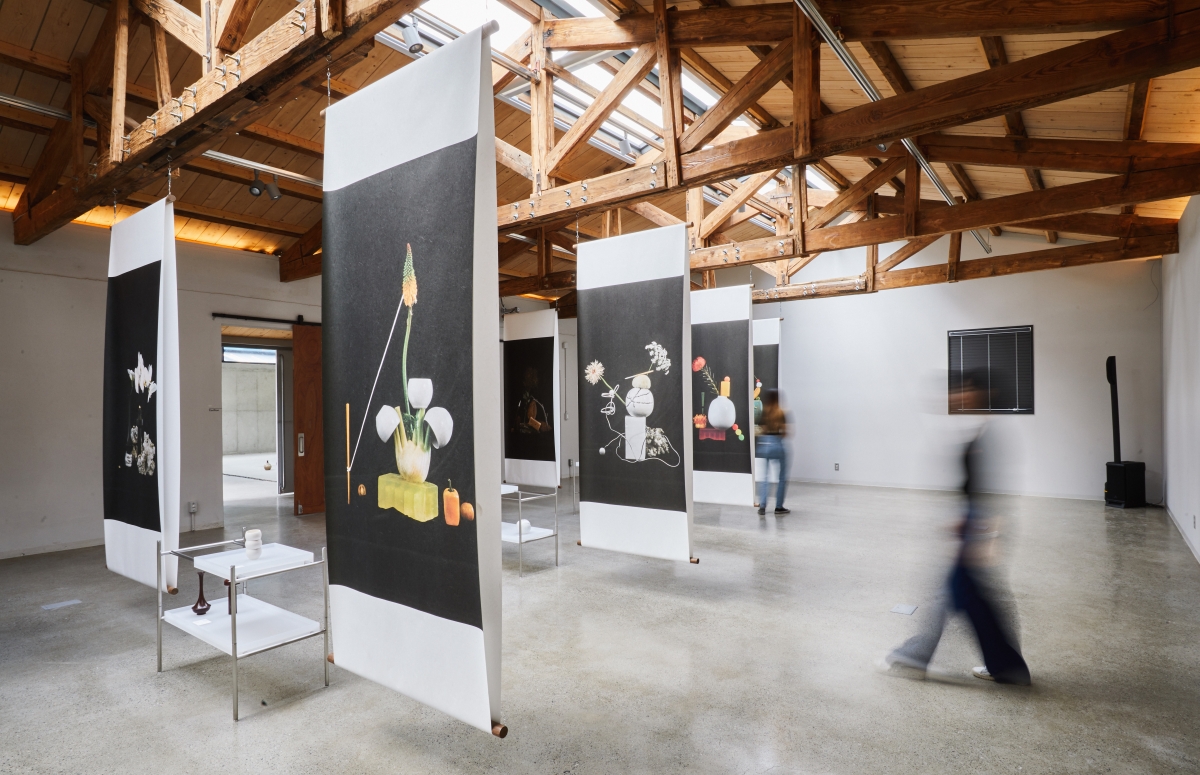