In November 2019, 23 years after it was established, Acne Studios introduced its new headquarters, Floragatan 13, in Stockholm, Sweden. Named after the street on which it is located, Floragatan 13 has been remodeled from an existing ten-story Brutalist building that was originally completed in 1972 by the Czech architect, Jan Bočan (1937 – 2010). It housed the Czechoslovakian embassy until 1993, when the state peacefully dissolved into the Czech Republic and Slovakia. After that, the building was turned into the Czech embassy and later partly renovated for commercial use. This latest transformation aimed to preserve the existing Brutalist characteristics while also incorporating Acne Studios’ signature aesthetics.

Jonny Johansson (creative director, Acne Studios) has described his ambition for the new headquarters as guided by the idea of an experimental space that would capture the feeling of constant progress, true to the fashion house’s brand name, ACNE (Ambition to Create Novel Expression). The new space, jointly devised by Acne Studios’ in-house design team and Johannes Norlander Arkitektur, has been designed in the manner of a ‘fashion school’, a design utopia that will celebrate Acne Studios’ unique creative spirit. In an interview with SPACE, Johannes Norlander (principal, Johannes Norlander Arkitektur) said that they operate in ‘very close collaboration with the Acne Studios design team’. Norlander said ‘while client involvement in commercial projects is often limited at the early stages of design evelopment, Acne Studios was heavily engaged throughout the entire process, from the architecture to the interior design and the purchase of the furniture’.

Norlander explained that a goal for the project was to ‘bring together disparate clashing and divisive elements that had been introduced to the building over the years, converted from a former embassy to different commercial facilities, and to create the feeling of a unified entity’. Elements of the structure’s past, such as its concrete walls, ceilings, dark brick walls, and brown aluminum cladding, have all been preserved, while the paint and plaster that were added on the original concrete walls were removed to restore the building to its Brutalist origins. 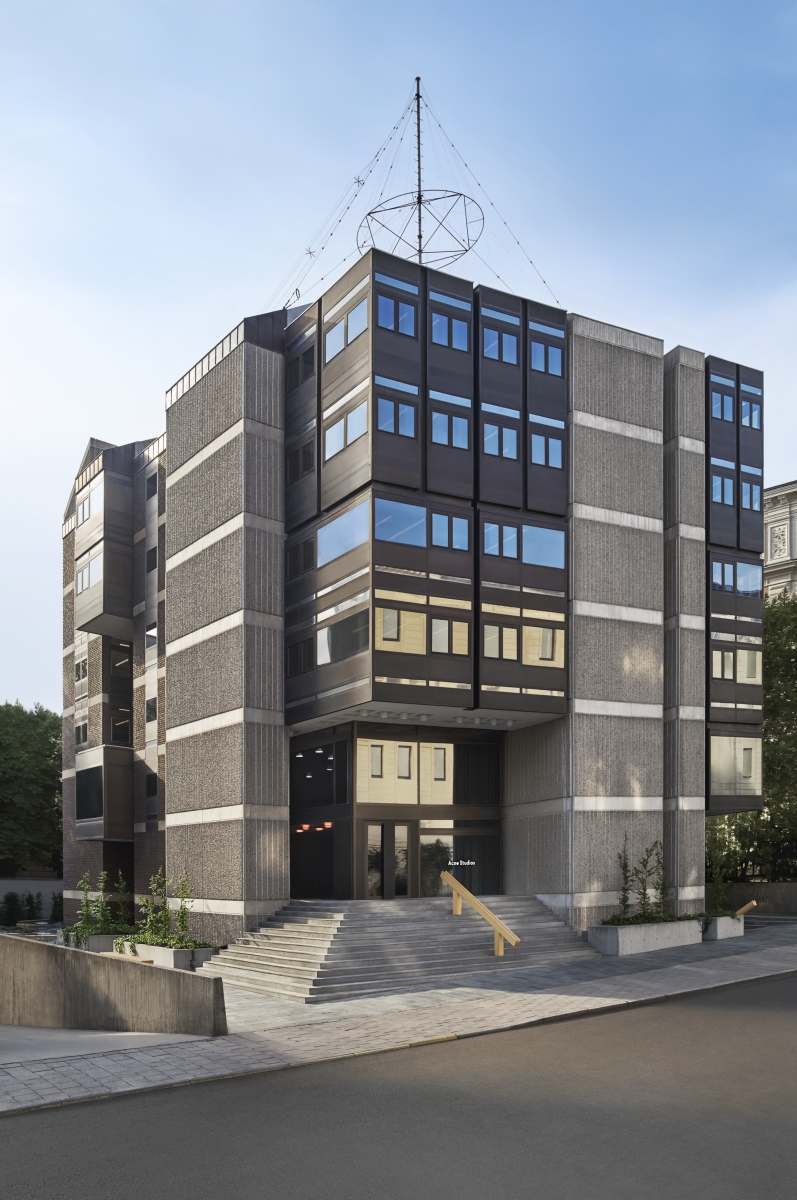 From Embassy to Fashion House Headquarters

It is worth noting that Floragatan 13, as a space that was once an embassy, has been reconstituted to meet the diverse demands of a fashion house. For one thing, the basement, which was a garage and cinema, has been turned into a photography studio, storage space and a canteen. The canteen in particular occupies the space of the former cinema, the high ceilings of which have proved useful for creating an open, social space in which employees can congregate. The floors have been tiled in red, while one side of a wall has been decorated with textiles and the other covered with a 5×11m mirror, to create an overall effect of sensuousness. The newly added photography studio, which previously took up a single floor, was reconstructed by eliminating the intermediate slab, so as to fit into a space spanning two stories.

The building’s earlier design features are have been most faithfully preserved on the ground floor, where dark brick, concrete and aluminum cladding accompany large windows. Where the old embassy’s ceremonial spaces and one or two meeting rooms once stood there is now a lobby, a library, offices for administration and meeting rooms for all departments to use. In the lobby, Acne Studios’ items are displayed like artworks in an art gallery, while further into the building the library is sequestered. Open to all members of staff, the library boasts metallic tables created by Max Lamb, a longtime collaborator for the studio, as well as lamps by Benoit Lalloz. Lalloz, who was responsible for designing all the lighting in the building. Peppering the space with pink glass pedant lamps reminiscent of the brand’s signature shopping bag, adds a soft touch to an otherwise austere Brutalist structure.

At the centre of the building are four floors dedicated to design and roduction, in which one finds the fitting room, design studio, atelier and a fabric store. Each space has been made brighter and more welcoming, which combines with the concrete walls to create a sense of harmony. The top floor has been made into a dedicated office space each complete with terraces. A fireplace has been preserved from before, when the embassy used that floor of the building as a private residence. Jonny Johansson has expressed the hope that Floragatan 13 will continue to evolve with the brand, and added that the building will develop by adding more details in the months and years to come.​ 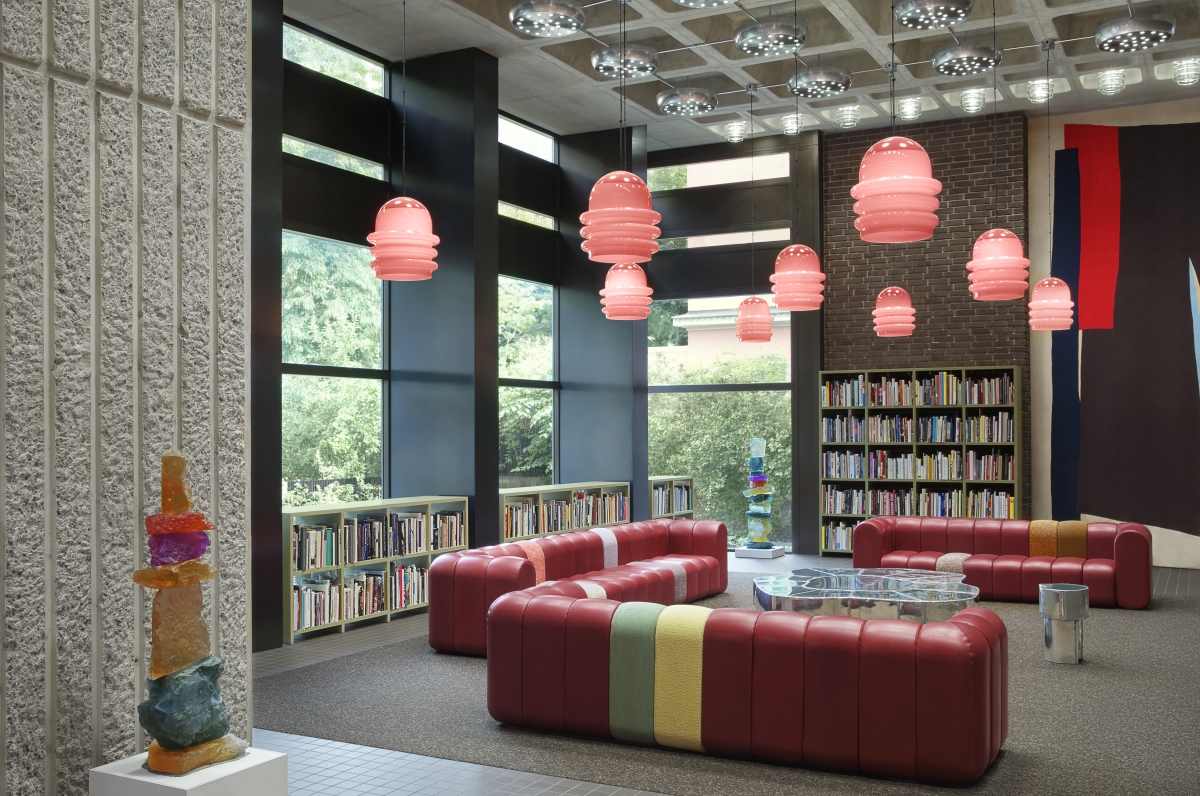 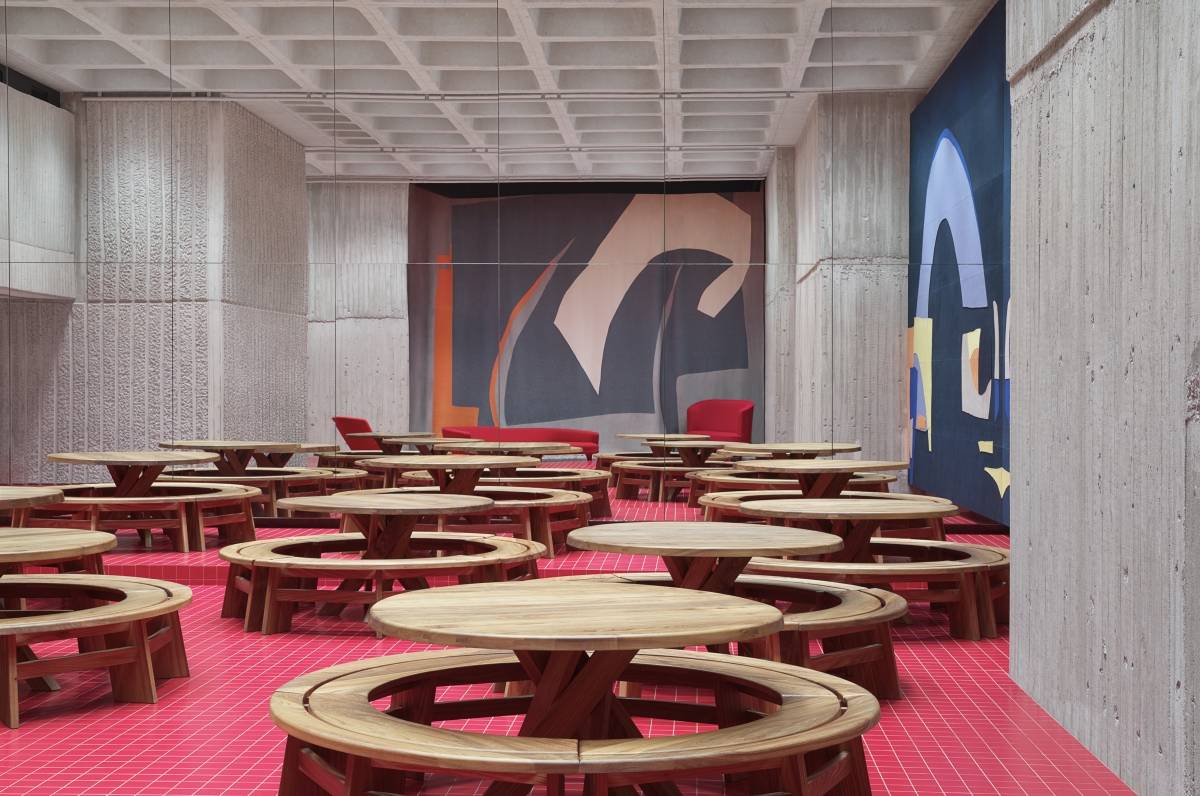 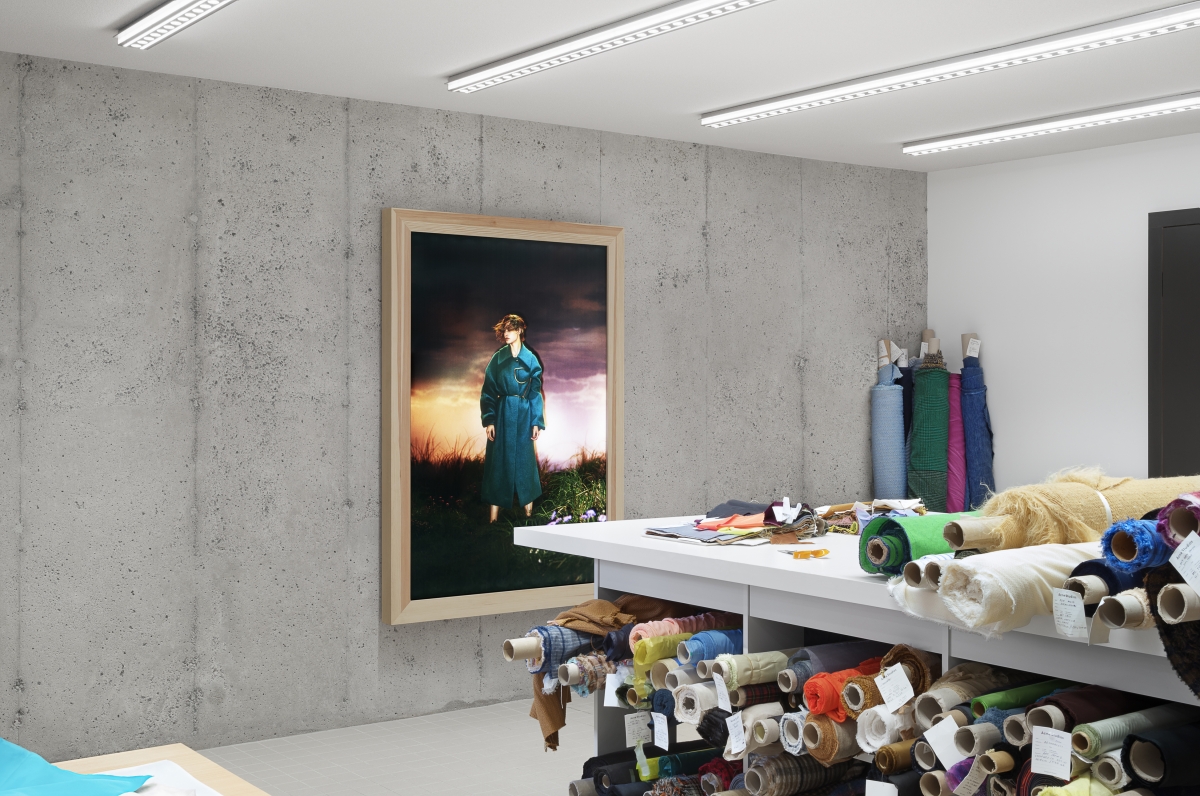 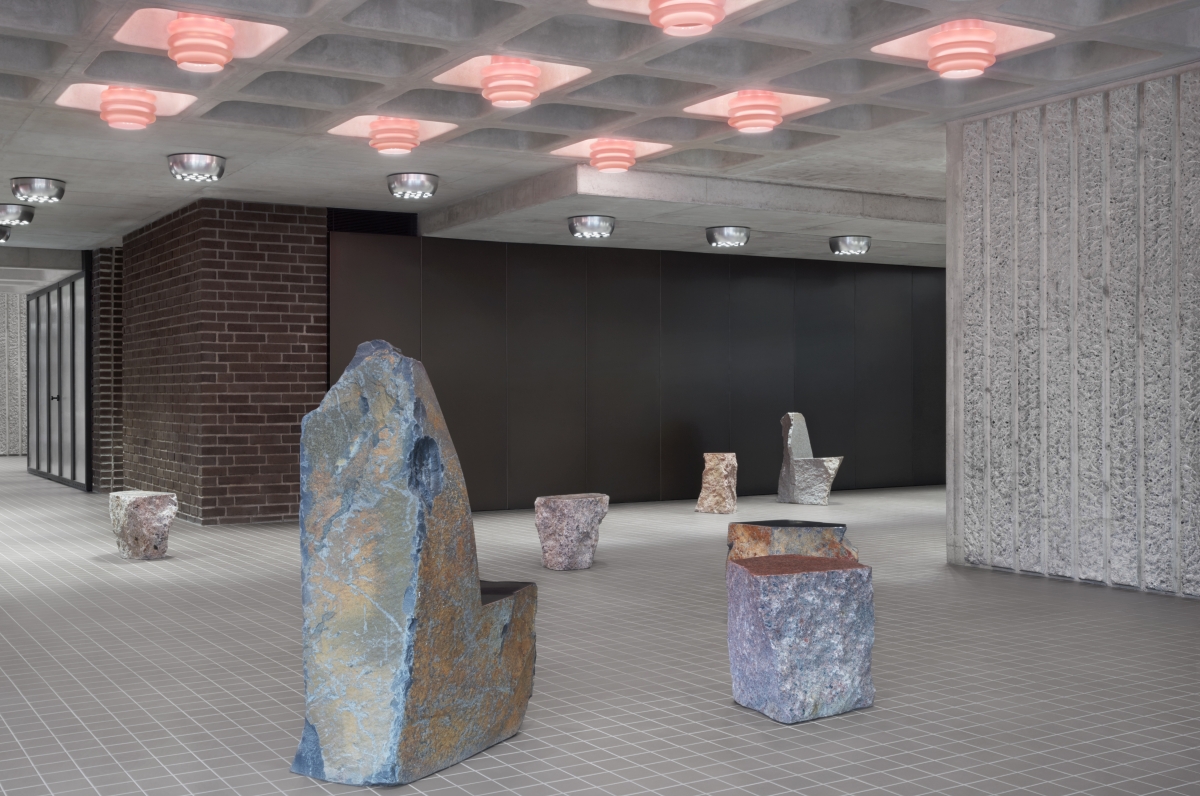