[Critique] And That Leaves the Problem of the Elevation

written by
Choi Wonjoon
photographed by
Chin Hyosook
materials provided by
Samuso Hyojadong
Recently, the architect Seo Seungmo has emphasised the floor in his projects. He prioritises the plan design and believes that the design of a mass or elevation will naturally follow. It may sound like a theoretical remark, reminiscent to Le Corbusier’s ‘the plan is the generator’, but once his projects are carefully observed, it is understood that he is speaking about a much more specific architectural property.[1] Seo Seungmo specialises in residential buildings, which are nowadays almost the last architectural type that we experience with our shoes off. He adjusts an artificial ground by imagining our acts and sensory experiences from our daily routines. He carefully designs the floor’s ups and downs, the turns, and the changes of materials. In our architectural community, there have been conventional dialogues about the floor: for instance, Min Hyunsik earlier on found the quintessence of emptiness from the floor plate system[2]; Pai Hyungmin discovered the floor as the defining element of architecture – in advance of the roof or the wall – from Seung H-sang’s projects designed after Soobaekdang[3]; and so did Kim Sunghong from Choi Moongyu’s recent projects [4]. When these dialogues are compared with Seo Seungmo’s recent approach, his floor design seems more intimate in scale, deviating from the context of the grand discourse. Today, as architects use similar concept words such as the daily routine, life, time, and memory, more important are the specificity of architectural strategies of fulfilling those concepts and how rigorously they can be achieved.
Concurring with this viewpoint of the floor and paying attention to the unique property found in the interior space of his architectural work, this article intends to think about the elevation that is, in the words of the architect, ‘effortlessly given’ as a consequence of its plan composition. The reason for obstinately looking into the part against the architect’s emphasis, is because I believe this is worthy of discussion along with the issue of the floor. What kind of possibilities and limitations does an interest in the floor bring about to the elevation? What problem or significance does the elevation that achieved autonomy indicate? We stand on the floor, but it is the wall towards which our gaze is directed. The floor is what a few people who enjoy the interiors can experience, yet the exterior elevation is what is expressed towards the unspecified individuals, that is, the society at large. The architectural community usually supposes a hierarchy between spatial and visual experiences, but in fact, we communicate visually through most of the buildings and their elevations. Above all, the elevation is the area where the architect relates architecture to the outside world.
Interestingly, his four recent residential projects that show similar properties in the interior space, exhibit, at a glance, different aspects of elevations. 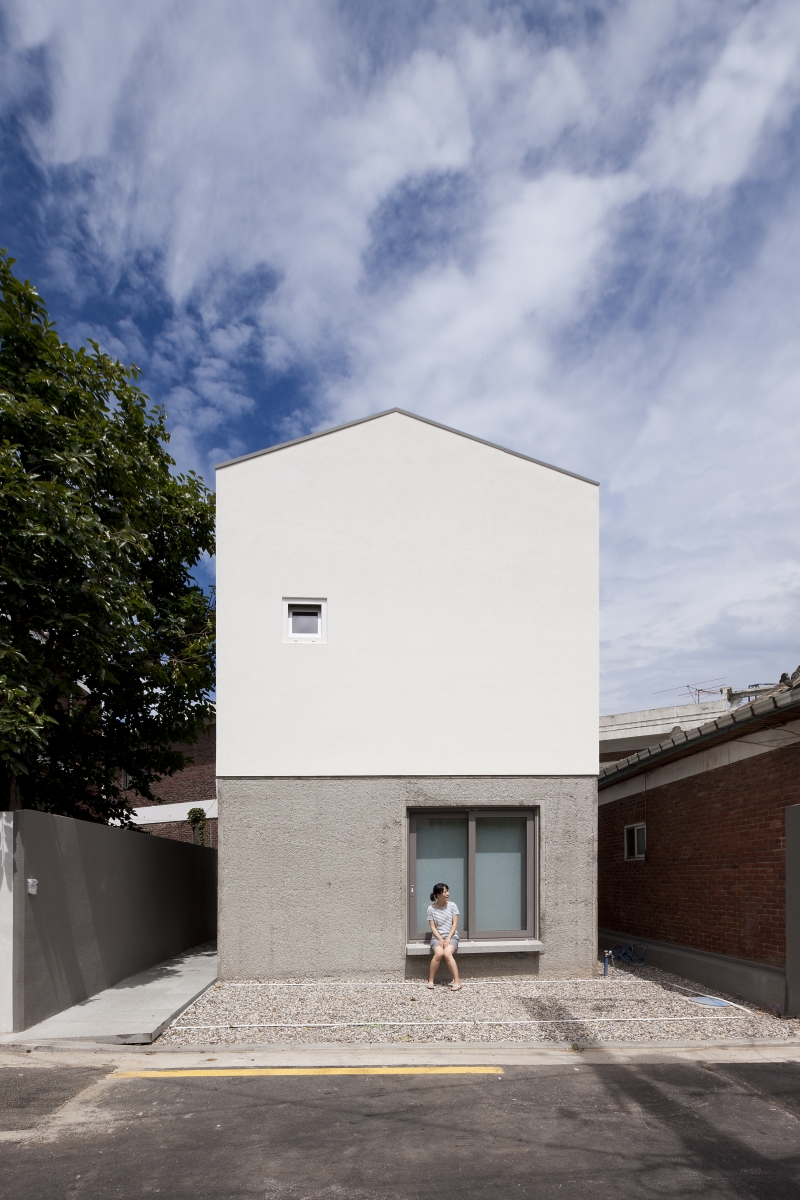 Case 1. A Given Elevation: The Seochon M Guesthouse

Located deep in the alley of Seochon, this is the project that converted a two-storey brick house into a residence-cum-guesthouse. Access into the building from the alleyway is quite abrupt, but once you enter the front door, a distinctive middle area appears. It is a space that contains a small ritual suggested by the architect amid the repetitive routine of returning home. It is something that commonly appears in the architect’s recent works, and it is distinguished from the other spaces through a change in floor level. Going a half-storey up, a living room and a kitchen on the first floor stretch out as a single space. However, despite its role as the main space, all sides are blocked except the two small windows in corners. This is because the architect chose to maintain the somewhat closed brick elevation from the existing building. Nevertheless, this space does not feel confined, since the upper floor was partially left open to introduce light and the view from the second floor’s window (also the opening from the existing building). It is easy to secure a sense of openness by creating a wide opening to the outside. Yet it is much more difficult to create a space that is adequately closed to give a cosy and unstuffy atmosphere, and this is a crucial ability that is required for architects who practice architecture in the dense urban area. In this renovation project, Seo Seungmo embraced the existing elevation in order to preserve the alleyway ambiance, burdening himself with much greater constraints on compositing the interior space. On the other hand, he freed himself from the load of composing a new façade, and brilliantly solved the programme required for the residence and the guestroom by proposing a multi-storey plan design. Inside the given shell, the architect created tranquil rooms by carefully adjusting the levels between floors and emptying out certain parts of the floors.
Case 2. An Almost Given Elevation: Seochon J Hanok Renovation
Seo Seungmo also links his interest in the floor to the structural method of our traditional post-and-lintel wood construction. In the hanok, an architect designs the floor, then the wall is inserted into the resulting structural frame, in consequence generating the elevation. Moreover, since this was a renovation project, the scope of work for Seo Seungmo on the elevation was limited to dismantling and rebuilding the structurally unstable portion, changing the position of the entrance, windows and doors, and adjusting the location of some horizontal members.
Furthermore, the elevation of the urban Hanok is more restrictive. Unless it is located in a special position, such as an edge, its lateral and rear sides become close to the neighbouring walls, so the only elevation that is revealed to the outside is at the front. The rest of the unseen sides are like ancient Rome’s catacombs or the first floor’s back side of Maison Bordeaux by Rem Koolhaas, which were buried in the ground and were formed corresponding to the internal needs only. Taking advantage of these conditions, the architect freely pushed the closet backward to the finishing side of the living room inside, and placed the walls in front or behind of the columns based on the internal needs of each room. As if the tiled roof was considered as another elevation towards the sky, the architect inserted an additional level to avoid the client’s low bedroom from being seen. Orchestrating the interior without being conscious of the exterior is an opportunity that is not often given to an architect. In this respect, the architect was able to concentrate on structuring the interior space by carefully adjusting the floor, putting the task of designing the elevation aside. 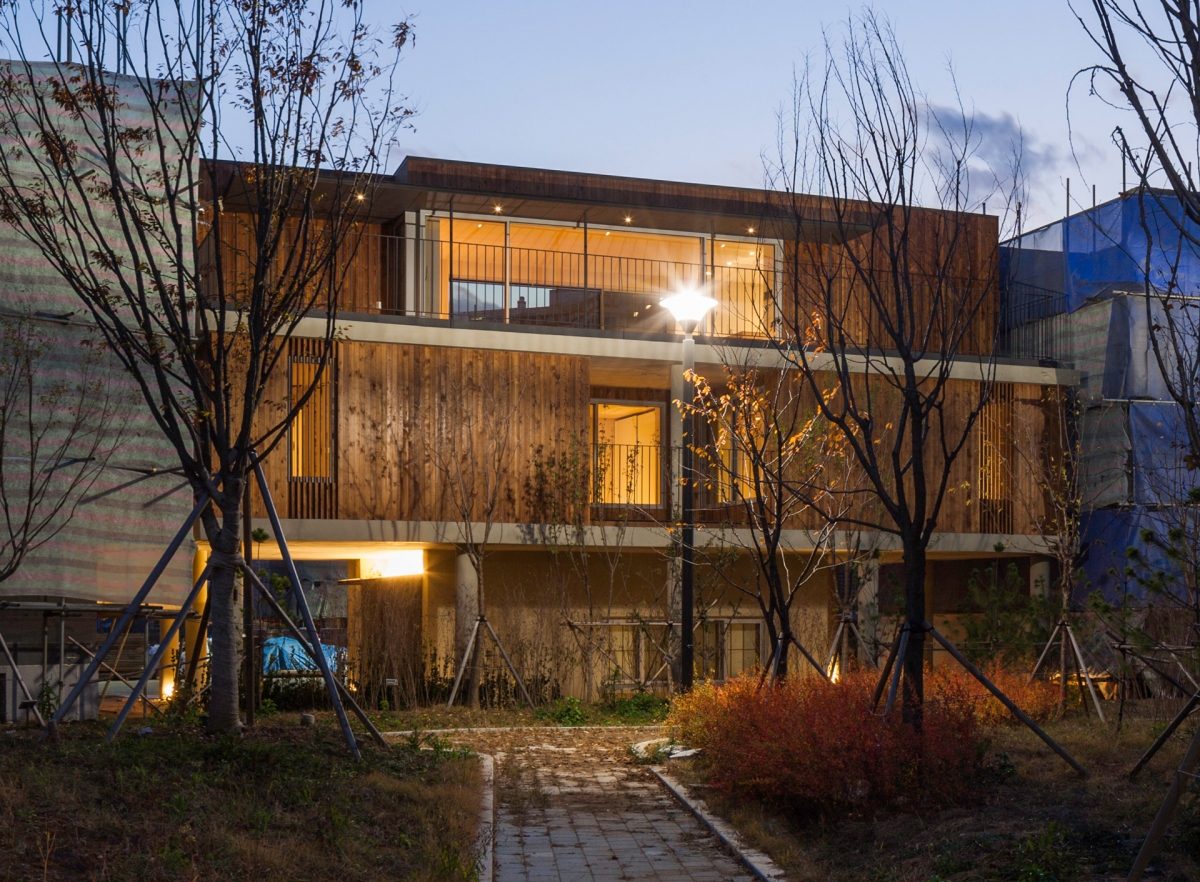 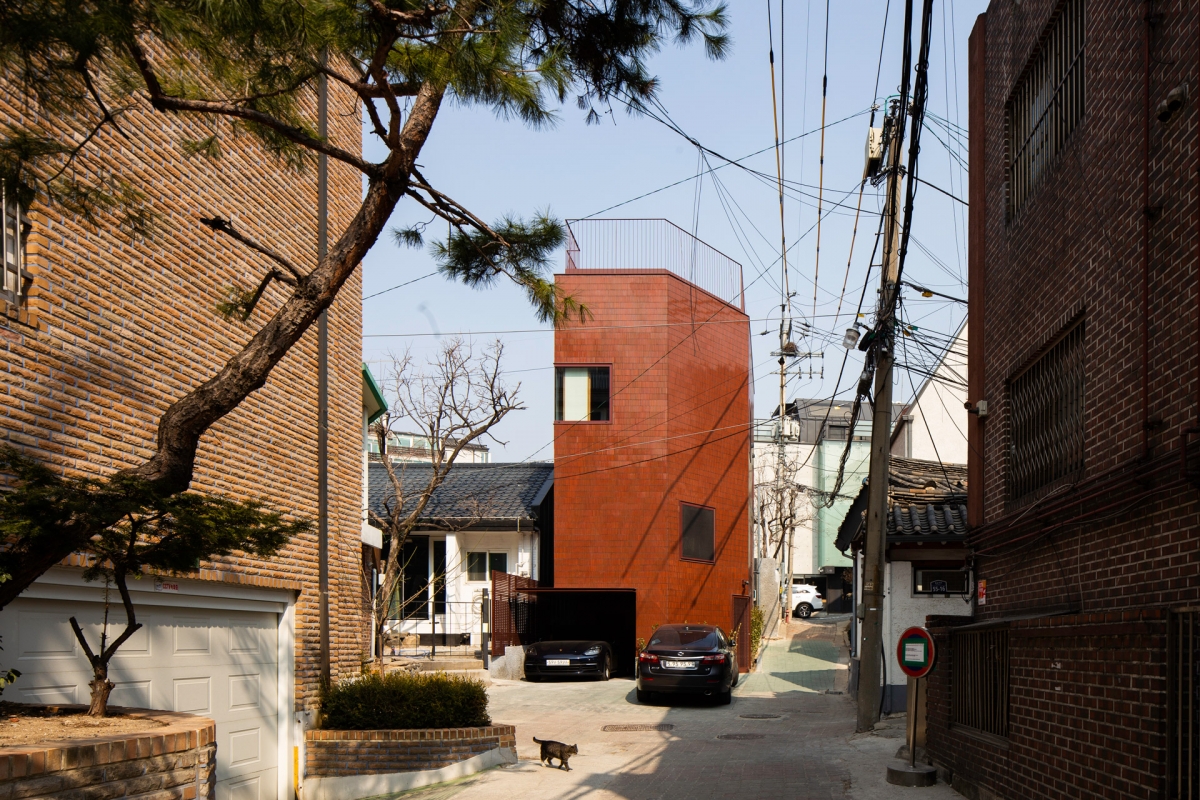 Choi Wonjoon
Choi Wonjoon teaches architectural history, theory and design as an associate professor at Soongsil University. He graduated from Seoul National University and earned his master’s degree and Ph.D. in architectural theory and history from the same school. He worked for the architect Seung H-sang at IROJE architects & planners, before pursuing his post-doctoral studies at Columbia University. He was curator of the Seoul Biennale of Architecture and Urbanism and of the show ‘Sections of Autonomy: Six Korean Architects’ (both 2017), and is currently taking part in a collaborative effort to build an archive for Korean modern architecture at Mokchon Architecture Archive.
No.617 April 2019 architecture Choi Wonjoon Soongsil University critic elevation M Guest House J Hanok Renovation floor stacked layers
LIST
bookmark_border
favorite_border
31