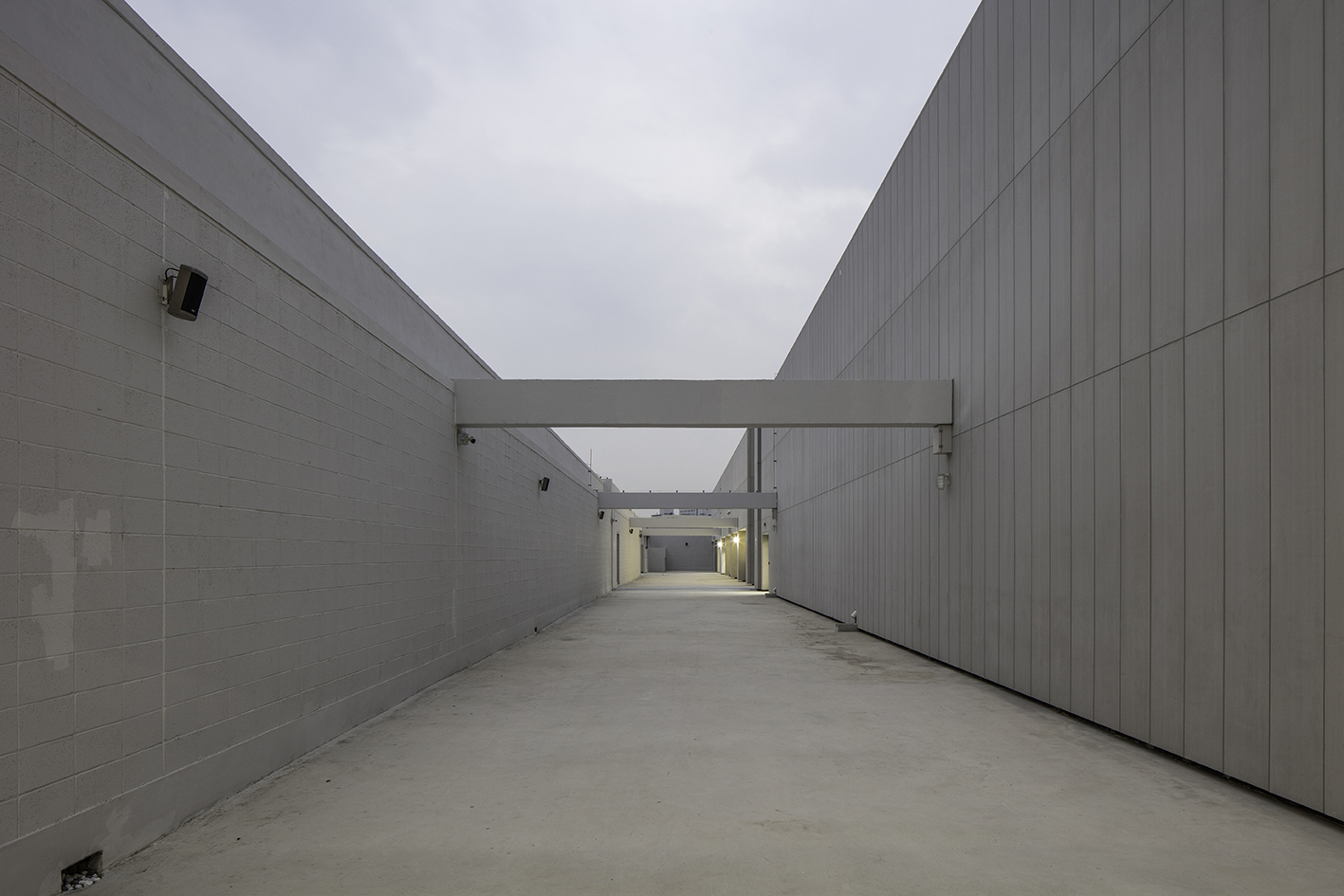 The auspicious beginning: It began with a promising cooperative work between the central government and the local governments. It was a point in time when the safe preservation of value, recovery process, and the systematic management of exhibitions and research were at their most crucial. An integrative system that can organise artworks that are ineffectively purchased and managed by each government department and owned by individuals was in urgent need. The Cheongju tobacco processing plant used to be the biggest tobacco producing factory in the country. A new purpose behind rebuilding a cultural arts space for urban entertainment was established by implicating memories and history of the city. A contract was signed between the art museum and Cheongju city, and the plans for the first regional branch of National Museum of Modern and Contemporary Art (MMCA) were started.

A power of collective intelligence: The collective intellectual power between the previous main exhibition director of Cheongju Craft Biennale, who came up with the construction plans for the National Art Preservation Center (later renamed as MMCA Cheongju), the previous director of the MMCA who made the decisions related to the regional expansion of the national art museum, the mayor of Cheongju city who allocated the land and building to the project, and the advisory boards​ and the judges who made guidelines along the way that architecture and the urban should proceed towards was displayed. This place, which used to function as a tobacco processing plant from 1946 after Korea’s liberation to the closure in 2004, had repeatedly posed the governing question regarding its existence on ‘what it should be’ for the 10 years that followed after. It wanted to maximize its spatial potential.

Visible storage, displaying storage: The integration of the intrinsic functions of the National Art Preservation Centre with the urban memory and history were desired, in order to situate it within the location and the surroundings. The aim was for it to become the centrepiece of urban revitalisation. A storage facility that would be visible and accessible was planned, rather than an art storeroom within a sturdy fire barrier. Every era has its own way of construction. Often, something is new because it is unfamiliar. Hard materiality and a strict column of pillars – they offer a sense of legitimacy that must be preserved. The idea was to store the entire tobacco processing plant as itself.

A project losing its direction: It was impossible to proceed with the project with the early cost estimate set at 39.6 billion won. As is always the case, it is ‘normal’ to think of governmental estimates as insufficient. A certain amount of opportune cost​ was unnecessarily spent on securing funding for the project. After a budget review, the project cost estimate was raised to 62.7 billion won. During this time, the project was halted and weathered a time gap of 2.5 years. The project lost its direction. The director’s seat of the art museum was left unoccupied for a long time. The Mayor of Cheongju city finished his term and was replaced. The previous officers in the art museum, who were altruistic and enthusiastic towards the project, were reassigned to other departments. A sense of doubt regarding the project execution began to arise even within the architectural firm. Most of the original responsible parties were replaced.

The word ‘flexibility’ does not exist in the client’s dictionary: A person who is passionate only within the limits of assigned work was appointed as the new officer for the end user. When dealing with such a self-assured individual, it is hard not to become deferential. The project range, defined by a dot-long dash line, defined the scope of the assigned work. Connection with the surrounding buildings or with the neighbouring region was something that went beyond the working range. Because of this, it was concluded that everything about the project that went beyond the early area limitations allocated by the Ministry of Economy and Finance was a misjudgment, and that the previous authorities should be taken to be responsible. The canteen building and the welfare building were eventually judged to be outside the project range. The architect promises the future but it does not always work out as intended. The surroundings were demolished and removed from the site. To someone who only runs according to bureaucratic principles, cooperative flexibility is something that is out of the question. The word ‘flexibility’ does not exist in the client’s dictionary.

A long recourse to an unfortunate ending: ‘It was really difficult to win the design competition. It will be harder to maintain it. It will get even harder for the construction finish according to the design plan. It will lead us on a long journey. We ask earnestly for your support and help.’ The speech that I made at the design competition award ceremony became a self-fulfilling prophecy. Following the principles set by the design competition, prepared at the planning stage, every demand was conscientiously met. The design plan was accepted by all members of the examining committee, without exception. However, the result is tragic. It is hard to express the architectural regret for not realising in a more dramatic way the design plan of the tobacco processing plant, which is an inheritance from modern industrial times, and the boundless potential contained within MMCA, which is a national cultural infrastructure. I feel ashamed.​

Everyone prioritises one over the other: The role of the design office – which was the main governing body – was minimal. Communication between the co-operating bodies was not smooth. Responsibilities were pushed onto each other. The interests of the construction supervisor and the constructor regarding the site were different from that of the designer. To them, the missing construction payment in the costings estimate was their greatest source of dissatisfaction. Seeing the architect as the cause of poor planning, the instinctive tendency to care, and the attempts made by the architect to become involved in the site were completely ignored and blocked out with an exclusive and suspicious scowl. Each has a principle that one prioritises over the other. The respective responsibilities and roles of the end user, client, Cheongju city, designer, constructor, and construction supervisor, are all different and each have his or her unique interests and positions. Everyone has something to say, and they are all correct when viewed from their own respective positions.

Is there hope for recovery? A lack of mutual understanding had led to misunderstandings and the dissolution of all relationships between the art museum, Cheongju city, the site, and the architect – relationships that should all be closely working together in an organic way. An entity that would sacrifice itself for the sake of maintaining the balance of the project was missing. If everyone refuses to take the role of meditation and balancing, it is highly probable that the burden of sacrifice would be placed back on the architect. The architectural firm must also bear responsibility. I acknowledge that it was the fault of the principal architect for not organising optimal conditions on the site. Then is there truly a hope for recovery? Is there an opportunity for redemption? This is to be decided by the user.​

Heo Seogoo
Heo Seogoo is a graduate of Hanyang University School of Architecture and studied at Berlage Institute in Amsterdam. He was a professor in the Hanyang University School of Architecture and a representative of the architectural firm Heo Ga Bang. He was awarded the Korea Architects Association Award. He is presently the CEO of Wondoshi Architects Group.
No.615 February 2019 MMCA Cheongju Wondoshi Architects Group Gangsan Architects Heo Seogoo National Art Preservation Centre Cheongju tabacco processing plant tabacco processing plant
LIST
bookmark_border
favorite_border
31 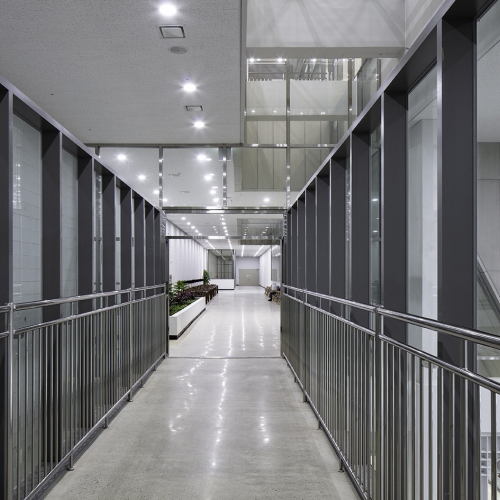 The Reality of Architecture of Storage Sites 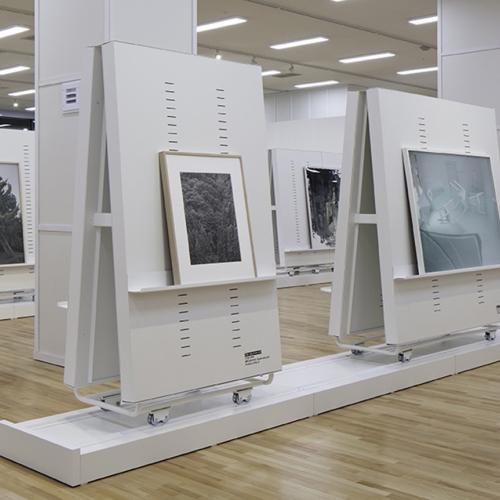 The Opening of the Cabinet of Curiosities: A Paradigm Shift in the Art Museum and MMCA Cheongju 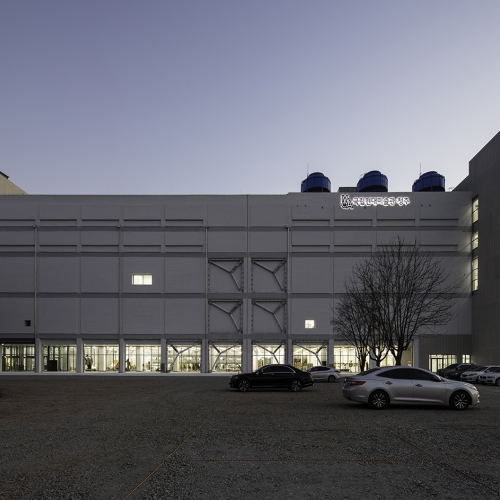