A Playground Built on the Memories of Our City: Playforest & Playhouse_as you like!

Last May, a new space opened in Deokjin Park, becoming the most popular resting place for all Jeonju citizens from children to the elderly. It is the ‘Playforest & Playhouse_as you like!’, created through the UNICEF Child-Friendly Space Project. SPACE conducted an interview with Kim Ahyeon (professor, University of Seoul), the general designer of the project, and Kim Hun (co-principal, Ilsang Architects), the architect participated in the project, to hear more about the background to this project and their working process. 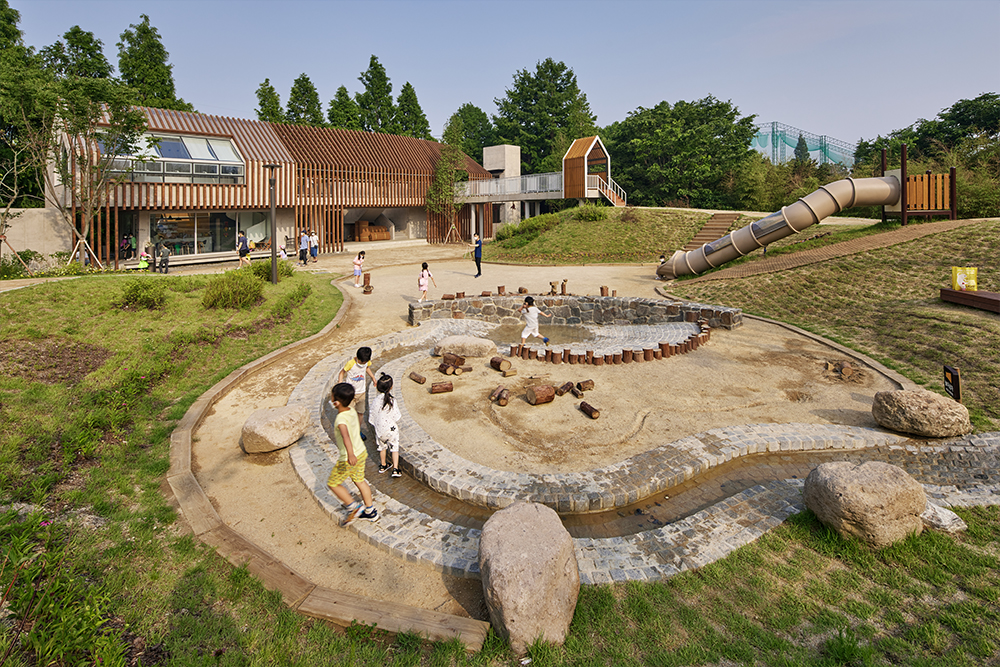 Bang Yukyung: Since the early stages of the UNICEF Child-Friendly Space Project, you participated as a general designer in charge of research and the basic plan. Please briefly introduce the purpose and process behind the project.

Kim Ahyeon: UNICEF is running ‘UNICEF Child Friendly City Initiatives’ in cities throughout the world. This pursues the critical point that children’s opinions should be respected and implemented in the decision-making process when creating and using the city spaces assigned to the initiative, a notion based on the UN Convention on the Rights of the Child which claims that ‘I have the right to relax and play’. The certification requires the establishment of local government systems that cover practical institutions and administration. Supporting various projects in cities that have obtained certification, UNICEF initiated the third Child-Friendly Space Project in Jeonju, following ‘Playground_as you like!’ in Seoul (2017) and ‘Plaza_as you like!’ in Gunsan (2019).

Bang Yukyung: Working on another project in Jeonju after those in Seoul and Gunsan, what did you consider specifically in terms of urban contexts and characteristics?

Kim Ahyeon: While carrying out the ‘as you like!’ series, I decided not to copy the same facility characteristics across other areas. In Jeonju, I tried to strengthen its natural connections as an ecological playground by taking advantage of the surrounding forest. I learned from experience that young people are relatively neglected in parks and play because playground projects in Korea are often too infant-centered. The legal definition of a child accounts for anyone under 18, and so we decided to create a playground for both teenagers and children this time. Jeonju, as a Child Friendly City, has a brand names ‘Yaho’, and has carried out some civic projects focused on children and youths such as Yaho Playground and Yaho School, which provided full administrative support. At the planning stage, we held workshops with teenagers and made a tree hideout in the ‘Playforest_as you like!’. The activities helped us to communicate better with the teenagers and empathise more with their needs.

Bang Yukyung: I heard that you became involved in creating ‘Playhouse_as you like!’ while you were planning a playground along a forest theme. This is a case which connects architecture and landscaping placing an emphasis on the act of play, and I would like to know how you two could manage to work together.

Kim Ahyeon: The experiences in Seoul and Gunsan taught me to realise that play spaces for children can be hardly be activated without connection to an appropriate indoor space. It required a space in which children would be able to play regardless of the weather, where parents can watch their children play safely, and in which operators can stay. When I embarked upon this project in Jeonju, it didn’t include the building, and so I had to persuade the administrative department from the beginning. First, I prepared a plan including some containers and explained to the mayor that we needed the building. (laugh) Then, I had to find an architect. My experiences of working on several projects here and there led me to decide to give the project to an architect from Jeonju, who had a memory of and attachments to the place, rather than to an outsider like me. It is Kim Hun, here in front of me, who I finally found after asking all around. He was a total stranger to me at that time. He was in charge of architectural design and Studio101 (principal, Kim Hyunmin) was in charge of landscape design, Now I think that my most important role was to find passionate specialists to form a team.

Kim Hun: When she first contacted me and told me about the site, I thought I definitely have to do this. For people in Jeonju, Deokjin Park is a special place. For my parents’ generation, it was the only park and resting place in the city. There is a large lake called Yeonji in the centre of the park, and I heard that it was a date spot for my parents. (laugh) The site of the new playground used to be an outdoor swimming pool that closed in 2001. As it was the only outdoor swimming pool in Jeonju, people of my age in Jeonju have memories of the place.

Bang Yukyung: I think the process of integrating two memories, that is, the sense of place in the past and that of the present within the playground was also important.

Kim Ahyeon: I heard that Deokjin Park is a place in which most Jeonju citizens go in their childhood. I placed a lot of emphasis on this sense of place. A park should be a place to enjoy and play, for not only children but also for adults, but the current contents of Deokjin Park seem to be a bit elderly-oriented. I thought that the park could be revitalized and attract children. In that sense, the site seemed to be the best location for a playground.
Kim Hun: Unfortunately, most of the swimming pool was already buried underground or demolished when we began the project, so nothing could be left physically. When the swimming pool structure was discovered during digging work, I remembered the old days and took pictures of them. On my days off, I come here to play with my children, and I tell them my memories; ‘When I was a kid, here used to be a swimming pool’, and ‘Your grandparents would take a duck boat in the pond over there’. Just the fact that the memories of three generations accumulate here makes me experience the meaning of space in a different way. 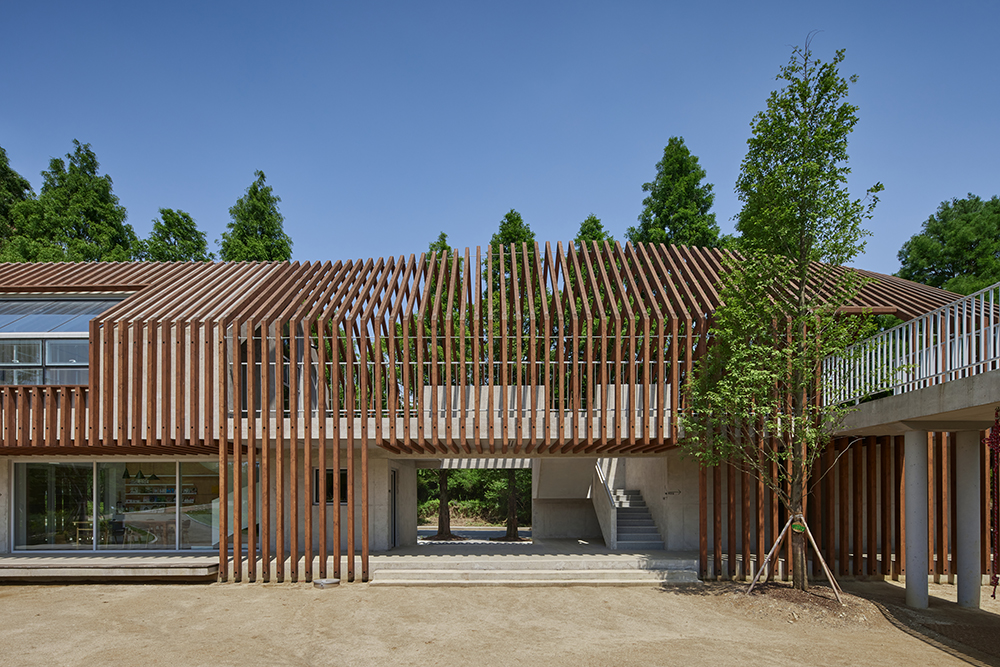 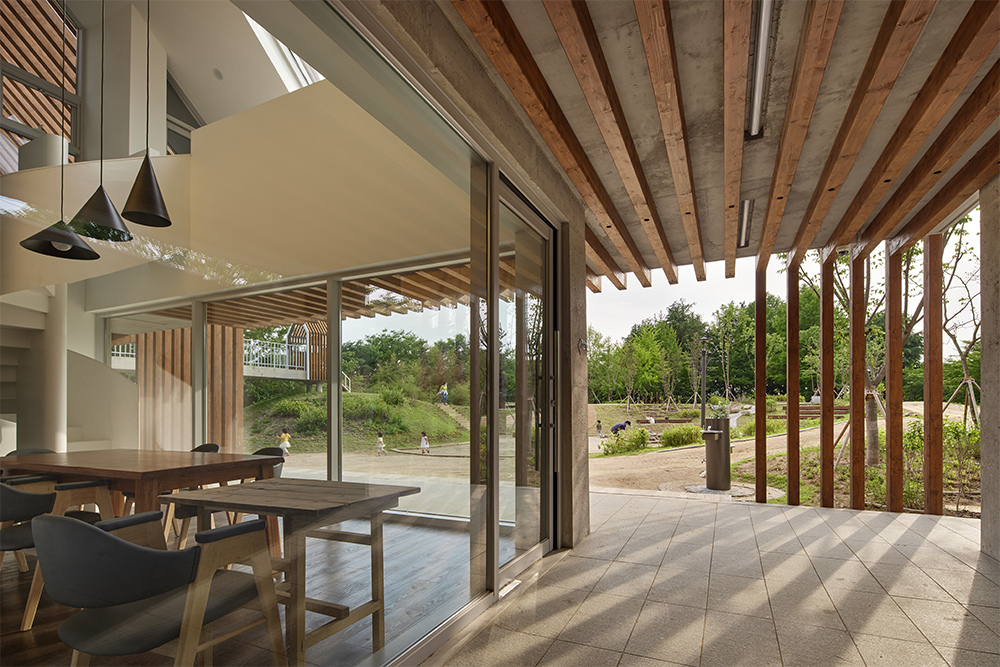 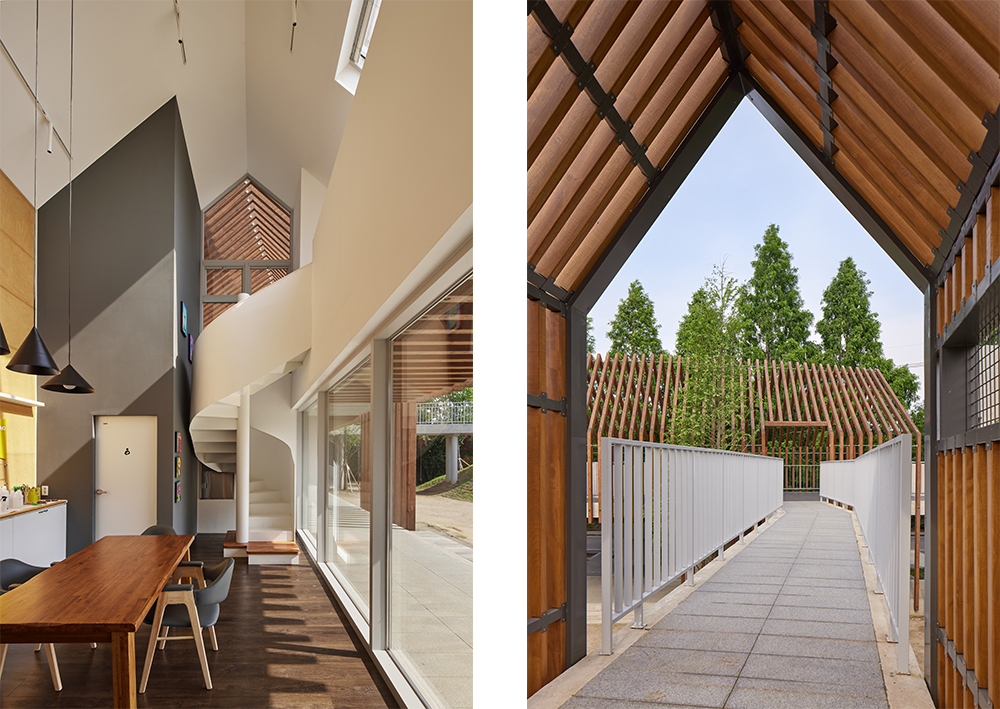 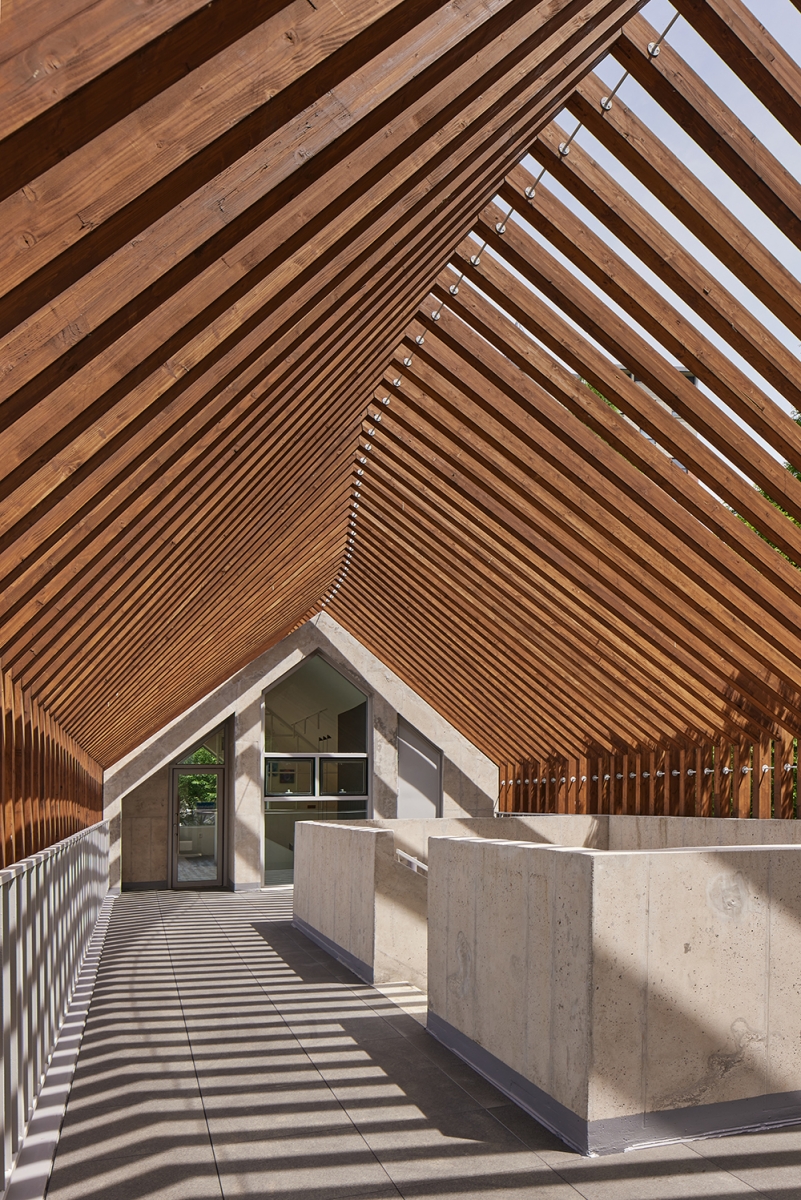 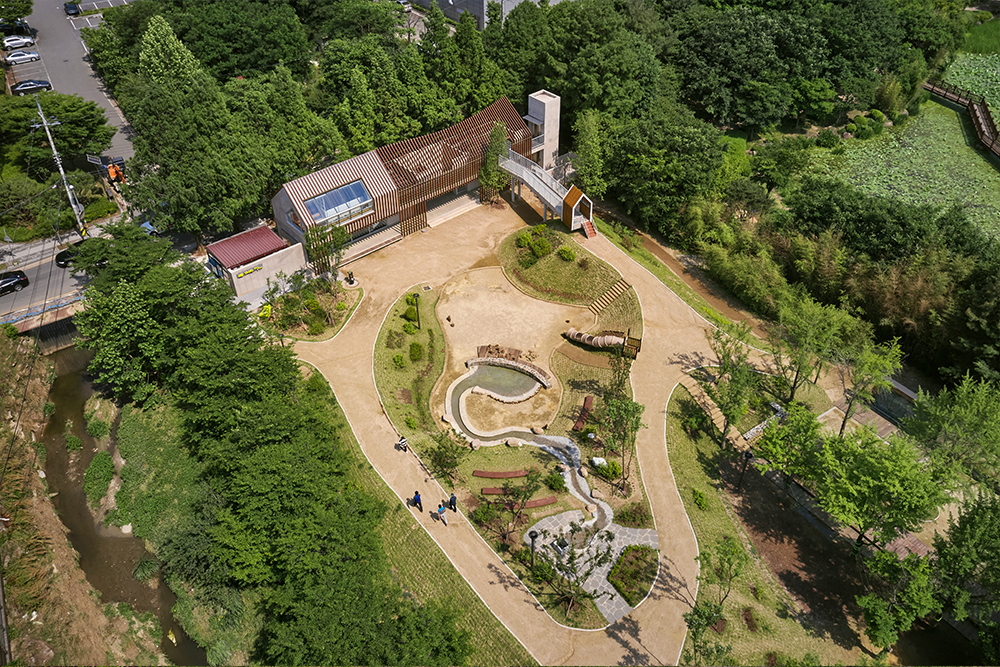 ​
Kim Ahyeon
Kim Ahyeon received her Bachelors in Agriculture, Landscape Architecture Major and Masters in Landscape Architecture from Seoul National University, and Masters in Landscape Architecture from the Graduate School of Architecture at University of Virginia in US. Remaining between design practice and design education, she has worked in landscape design and research on various scales at home and abroad, and installation works that express the poetics of nature. She believes that landscape design can materialise a spatial and ecological imagination that connects nature and people, and places emphasis on its social practice. She is a professor in the Department of Landscape Architecture, University of Seoul.
Kim Hun
Kim Hun studied architectural design at Jeonbuk National University. He founded Ilsang Architects in 2016 with Choi Jeongin. Moving his firm from Seoul to Jeonju in 2018, he has run a small local bookstore and design office as one. In his practice, he intends to extricate architecture from difficult critical discourses and make it a process through which to capture and share daily life. He has won the 2020 Korean Architect Award, 2020 Jeollabukdo Architecture Festival, and the 2021 Public Building Awards of Korea, and his representative works include Samyeonjae, Seonyu Resort, and Playforest & Playhouse_as you like!.
No.647 October 2021 Kim Ahyeon Kim Hun Playforest & Playhouse_as you like! UNICEF Child Friendly City Jeonju playground city memory architecture landscape Deokjin Park
LIST
bookmark_border
favorite_border
2