Public Toilets for All: THE TOKYO TOILET

On the 5th of August, public toilets with transparent glass as their exterior wall opened in Shibuya, Japan. Subsequently, a series of new public toilets were built in Shibuya, including a genderless toilet and a toilet with the unique appearance like a playground facility. These are part of THE TOKYO TOILET project, created in the lead up to the 2020 Tokyo Olympics & Paralympics. The project aims to improve the spatial environments within public toilets typically perceived as ‘dark, dirty, smelly, and scary’. SPACE asked The Nippon Foundation, who is in charge of this project, to explain how these public toilets function for the public. 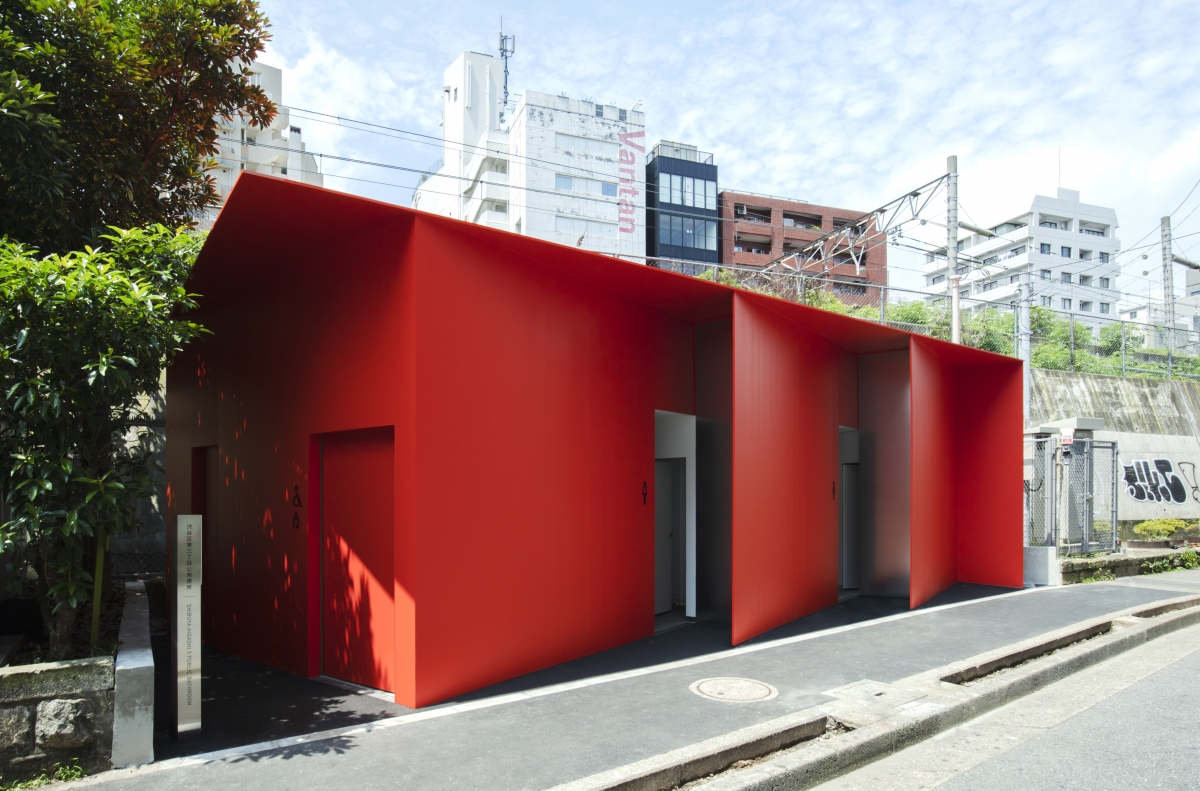 Toilet in the Higashi Sanchome designed ​​by Tamura Nao​ 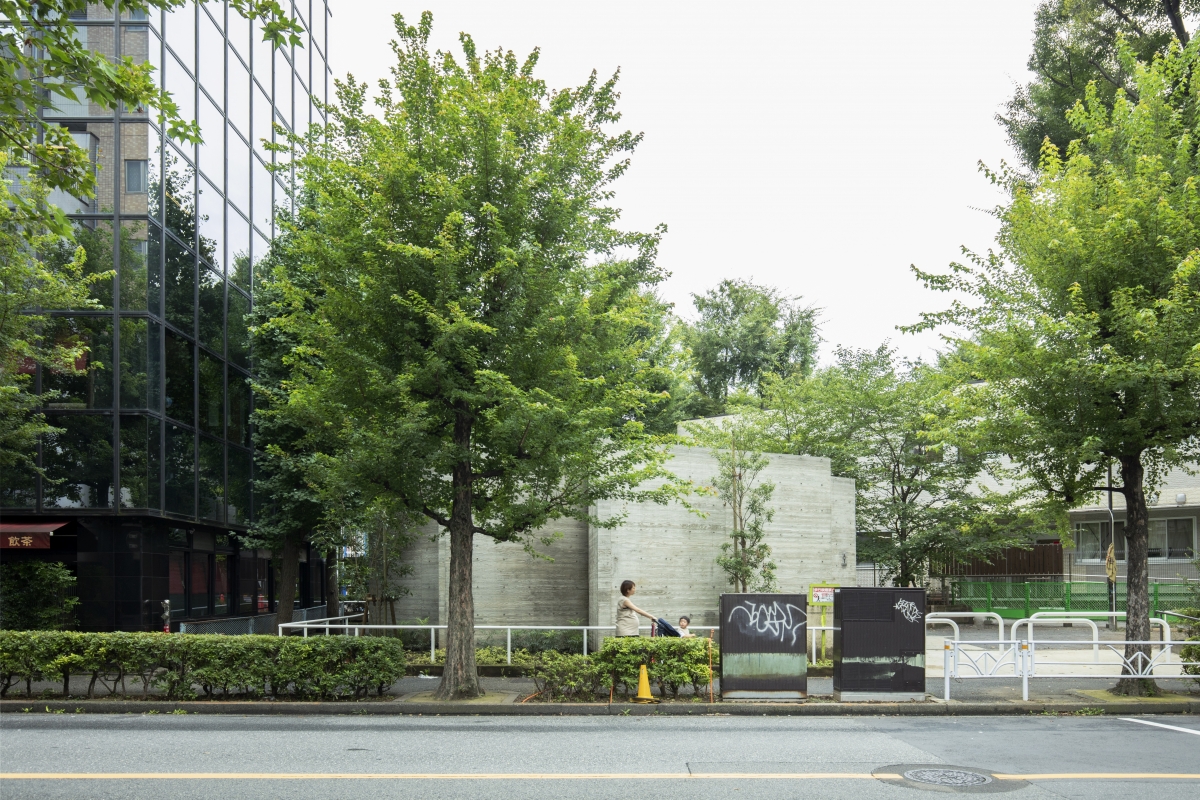 Toilets at the Ebisu Park designed by Katayama Masamichi  ​

Choi Eunhwa (Choi): How and when did THE TOKYO TOILET project begin?

Ueki Mihoko (Ueki): Japan is known as one of the cleanest countries in the world. Even the public toilets maintain a higher standard of hygiene. However, the use of public toilets in Japan is limited because of the stereotype that they are dark, dirty, smelly, and scary. To dispel these misconceptions, The Nippon Foundation decided to renovate public toilets. The Nippon Foundation has always dedicated itself to improving society through various projects, supporting people with disabilities, areas affected by disaster, and children. Through these activities, we have discovered whether public toilets are truly ‘public’ in the sense of the word and whether or not they are accessible to everyone. To embark upon this project, The Nippon Foundation concluded the contract with the Shibuya Government in October 2018.

Choi: THE TOKYO TOILET involves many stakeholders. Who is involved in this project and what roles do each of them play?

Ueki: The Nippon Foundation is in charge of the planning of the project, funding, and project management. The Shibuya Government holds the license application and explains the details to residents. Daiwa House Industry Co., Ltd. are responsible for construction. TOTO Ltd. advises on toilet facilities and their layout. Sixteen architects and designers design each toilet, and a three-party agreement – between The Nippon Foundation, the Shibuya Government, and the Shibuya City Tourism Association – to all participate in the maintenance of the toilets.

Choi: As in this project, there is a wider national initiative behind the urban-scale projects to improve the public space and environment. Although it was put on hold due to the present global health crisis, I wonder if it was related to the 2020 Tokyo Olympics & Paralympics?

Ueki: When Japan succeeded in its bid to host the Olympics and Paralympics 2020, the word ‘Omotenashi’ was repeatedly presented as the symbol of Japanese hospitality. However, if you take a look at the existing public toilets, some of them are not accessible to everyone regardless of gender, age, or disability. Considering that fact, we thought that we could not show them to our guests from overseas ‘Omotenashi’ as the symbol of Japanese hospitality. This is one of the stories we tell when we think about embarking on this project. Especially, in Japan, toilet is often considered to be a reflection of people’s minds and hearts. That’s why maintaining the cleanliness of the toilets is so very important.

Choi: THE TOKYO TOILET has built 17 toilets in Shibuya, Tokyo. How were these sites decided upon?

Ueki: We had discussions with the Shibuya Government regarding the locations, and we decided to renovate 17 toilets in the areas in which many people come and go. Sometimes the toilets are the squat-type, which is not accessible for elderly people or people with disabilities. In the shopping malls on the other hand there is usually a toilet that is accessible to everyone. 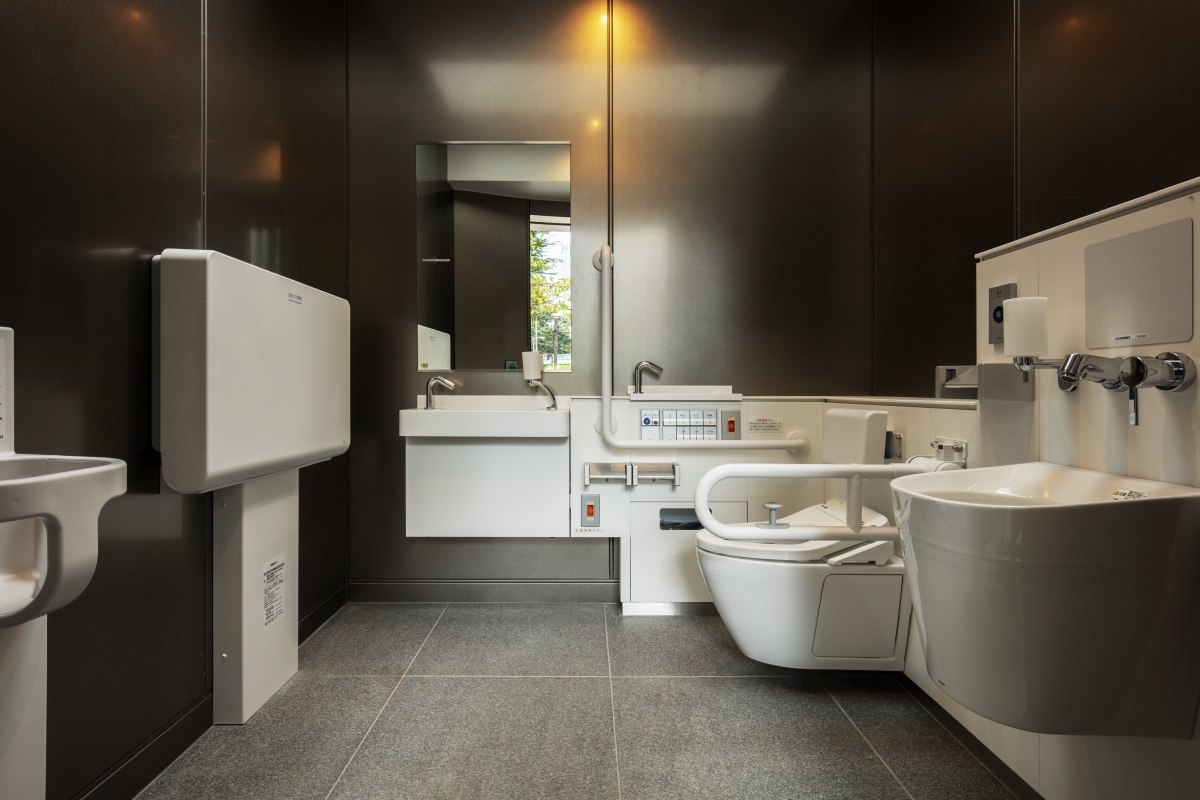 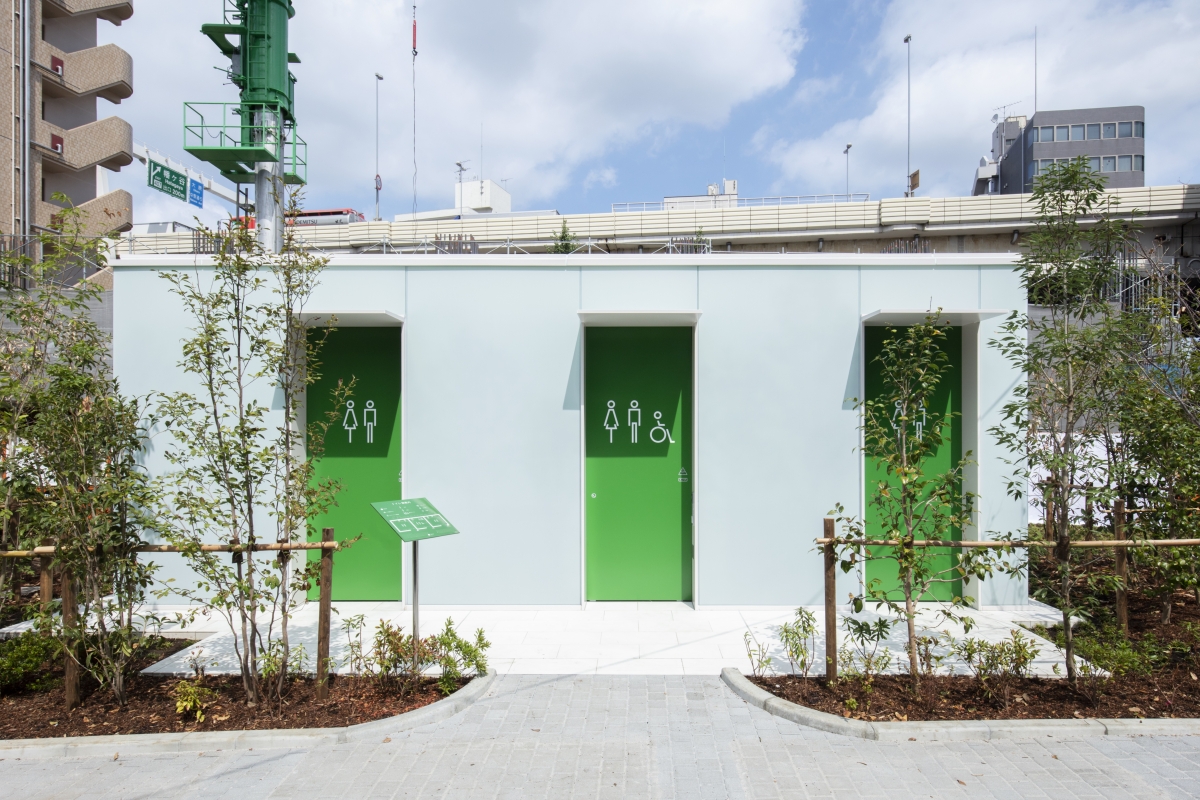 Choi: You keep emphasising ‘accessibility’ and ‘everyone’. What criteria should be met in a public toilet project, so as to become the ‘toilet for everyone’?

Ueki: We asked the designers and architects to make sure one of the cubicles in these toilets is accessible to everyone. This cubicle should have enough space for wheelchair users to move around, as well as ostomates. Also, baby chairs and baby diaper tables are made available in all of the toilets. By making these toilets available to everyone, LGTBQ+, caregivers and so on will be able to use the public toilets more comfortably. We also consider the elderly, babies, children, all genders and disabilities as well. We are planning to establish these as standards for the public toilets of the future.

Choi: 17 toilet projects have been designed by 16 famous architects and designers. What specifically did you ask them for?

Ueki: We asked architects and designers three things when designing the toilets. The first is to comply with official building standards as the toilets are for members of the public. The second is that one of the toilets must be made accessible to enable all people to use it. The third is to be supervised by TOTO Ltd. as they are the experts on toilets.

Choi: Let’s move on each project. For the Yoyogi Fukamachi Mini Park and Haru-noogawa Community Park by Ban Shigeru, the concept behind these toilets was ‘ambiguous space’. The exterior wall is made of special glass: it is transparent when the toilet is empty and turns opaque when the toilet is occupied and locked. I’d like to ask you how the balance between ‘visualization of security’ was struck, indicating that there is no one inside and that the ‘privacy’ one wants to uphold is possible?

Ueki: It is located in the park where adults are typically found along with their children. Before entering the toilet, you can see inside to make sure there is no one hidden inside. Once you enter the toilet and lock the door, the wall turns opaque which keeps the toilet a personal space. Therefore, safety is guaranteed by making the glass transparent when it is not used, and privacy is guaranteed by making the glass opaque when the door is locked.

Choi: In the Nishihara Itchome Park by Sakakura Takenosuke, there are three cubicles that are dedicated to unisex spaces. Could you explain this in detail?

Ueki: Sakakura designed the toilet to be unisex to ensure a reasonable wait time. In general, women spend more time waiting for the toilets compared to men. Therefore, by making all the toilets unisex, the waiting time between women and men will be equal. It could also be said that LGBTQ+ have difficulties finding the unisex toilets as well as using the unisex toilets as there is still prejudice towards LGBTQ+ communities. Therefore, by building three toilets as unisex, we hope that LGBTQ+ community will feel more comfortable when using these facilities.

Choi: In Jingu-dori Park by Ando Tadao, the word ‘everyone’s toilet’ seems to be essential. What kind of people or types of relationship does this ‘everyone’ include?

Ueki: ‘Everyone’ includes male, female, people with disabilities, mother or father with a child, people who need ostomy or have other medical needs. By stating ‘everyone’s toilet’, essential kits for those people are set so that everyone can use the public toilet comfortably. One example might be a baby chair, which has been set for use in both the female and male toilets.

Choi: Ebisu East Park by Maki Fumihiko is located in the ‘Octopus Park’ where children play. The architect hopes that the toilet will ‘function not only as a public restroom but as a public space that also serves as a park pavilion equipped with a rest area’. In this respect, what specific attitudes were adopted by the architect?

Ueki: Thinking about a wide variety of users, from children to people on their way to work, Maki wanted to create a safe and comfortable space that would adopt a decentralised layout and allow for good sight lines throughout the facility. The cheerful roof, which integrates the​ different sections, promotes ventilation and the introduction of natural light, creating a bright and clean environment while also lending the facility a unique appearance similar to playground equipment.

Choi: I’d like to know more about the plan for THE TOKYO TOILET project in the near future. Please tell me your blueprint.

Ueki: The Nippon Foundation will complete construction of all 10 toilets by next year, and will continue to provide funding for the maintenance of the toilets until March 2022. We hope people will start thinking more carefully about the way public toilets could be and should be through this project, and the idea will spread to other cities with this project as a role-model.​ 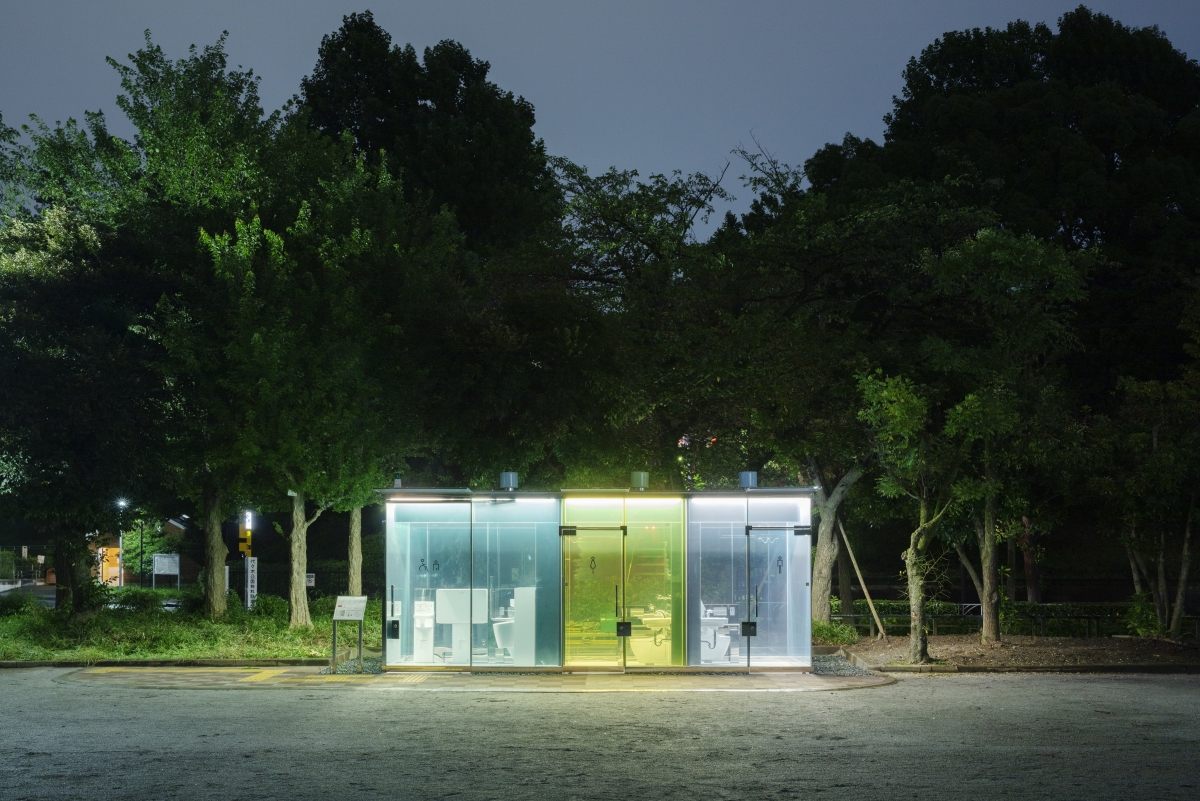 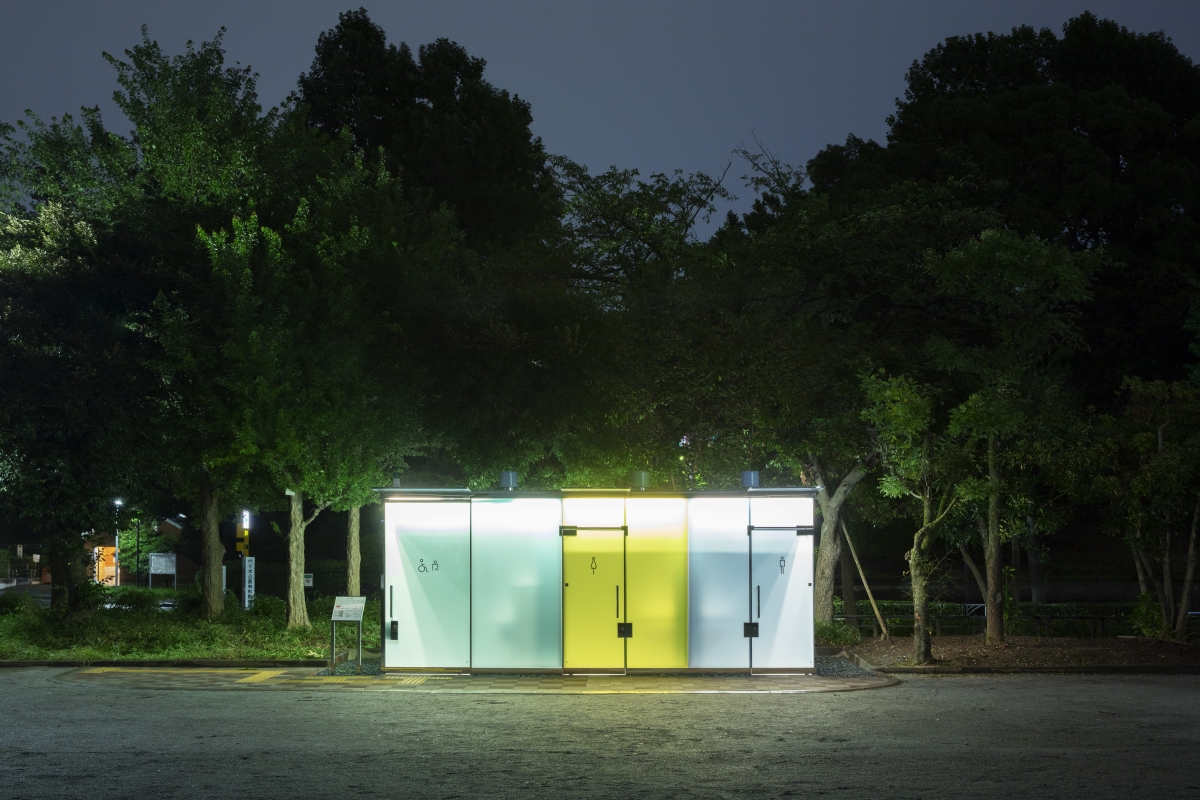 Ueki Mihoko
Ueki Mihoko is the project coordinator in the Social Innovation Team at The Nippon Foundation. Ueki is in charge of overseas public relations for THE TOKYO TOILET project.