Balance and the Anomaly

I think most of my projects are directed towards people who dwell in neutral peripheral zones — that is, those who do not belong in mainstream spaces or units of routine distribution. I believe that the narratives that lie outside of the main circle also deserve to be recorded and remembered. In a word, I call this design inclination, ‘rest-ism’. The ‘rest’ signals the unremarkable elements out on the outskirts of a city or town that often remain untouched for long periods. They are unmemorable and the changes that they may undergo often remain unnoticeable. However, the elements of the ‘rest’ serve not only as fillers — they preserve the balance as that which ‘remains behind’, while also representing the uncommon, the unique, the aberrant, and what lies beyond. The fixed, more familiar concepts stay silent and dormant, and their adherents blinded by their ordinariness could also be considered to belong to a particular breed of the ‘rest’. 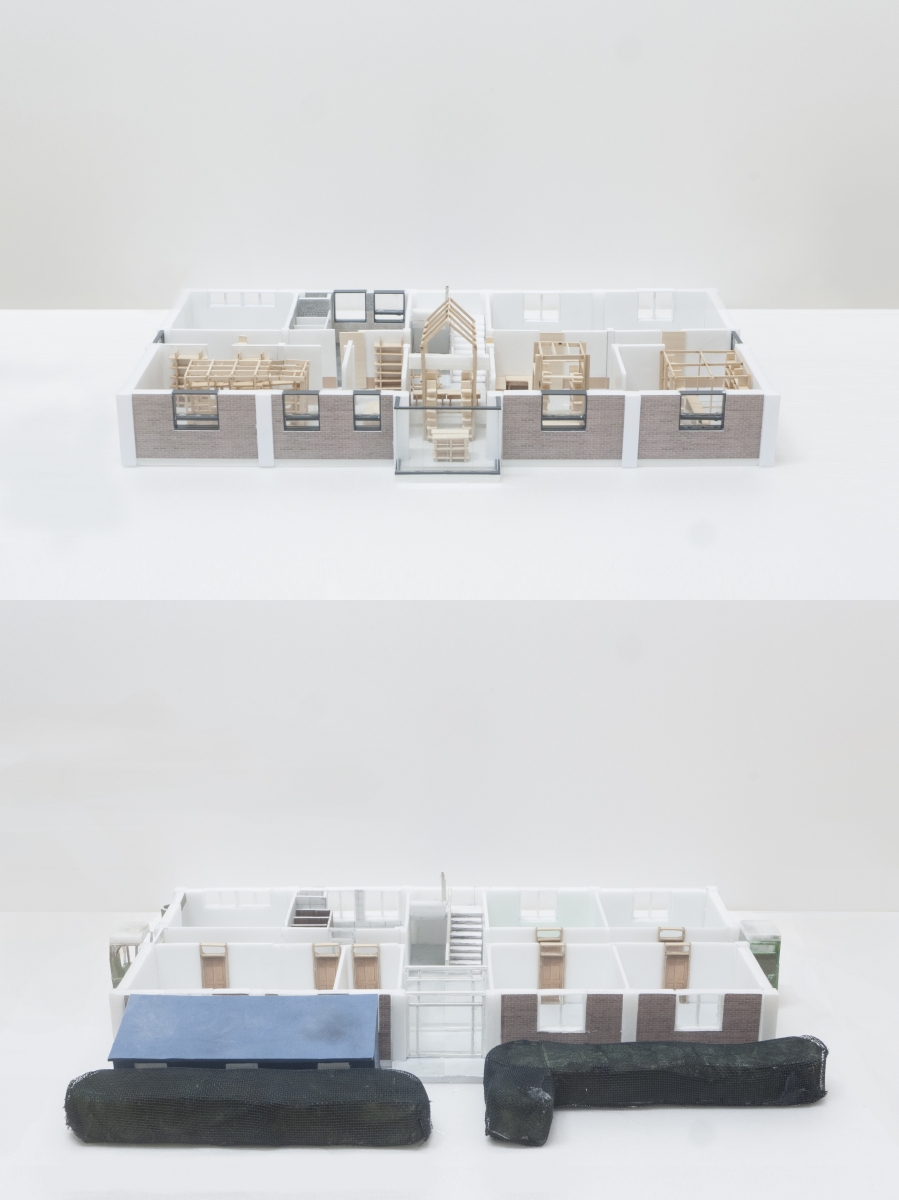 A project to move the ‘Hello Museum’ – Korea’s first museum for children – to its new address in Geumho-dong. Children residing at the Geumho-dong neighbourhood were asked about their impression of an art museum, and these ideas were incorporated into the design.

Research of Hanyangdoseong in Hoehyeon (2016)

The basic design research work for the archaeological museum at Hanyangdoeseong in Hoehyeon. The decision was taken to keep Hanyangdoeseong in its ruined state, while others such as Joseonshingung shrine and the fountain site built in the 1970s were to be juxtaposed for their preservation. 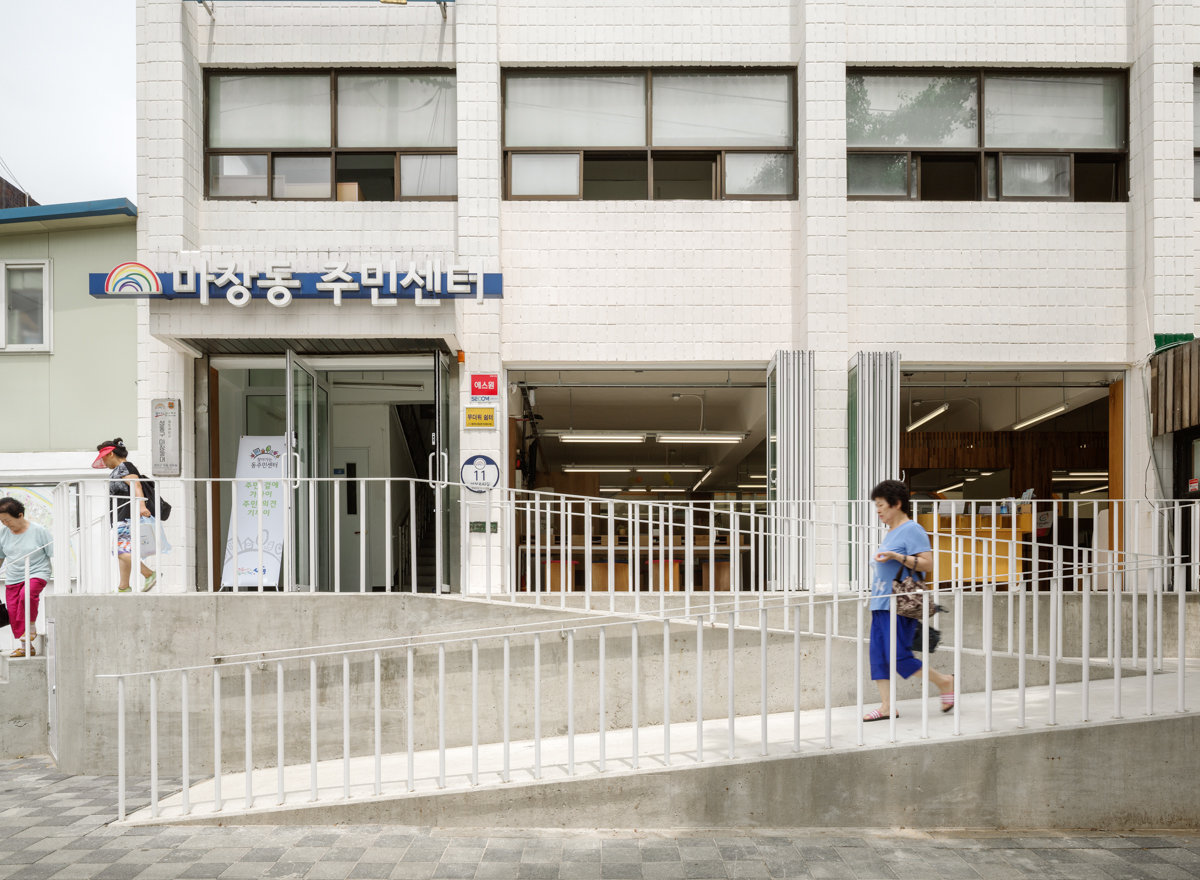 The first annual project trained on the ‘Reaching out Community Service Center’. The project was initially limited to interior remodeling work, but considering the high elderly population in the area was lowered to prioritise the exterior inclined path. 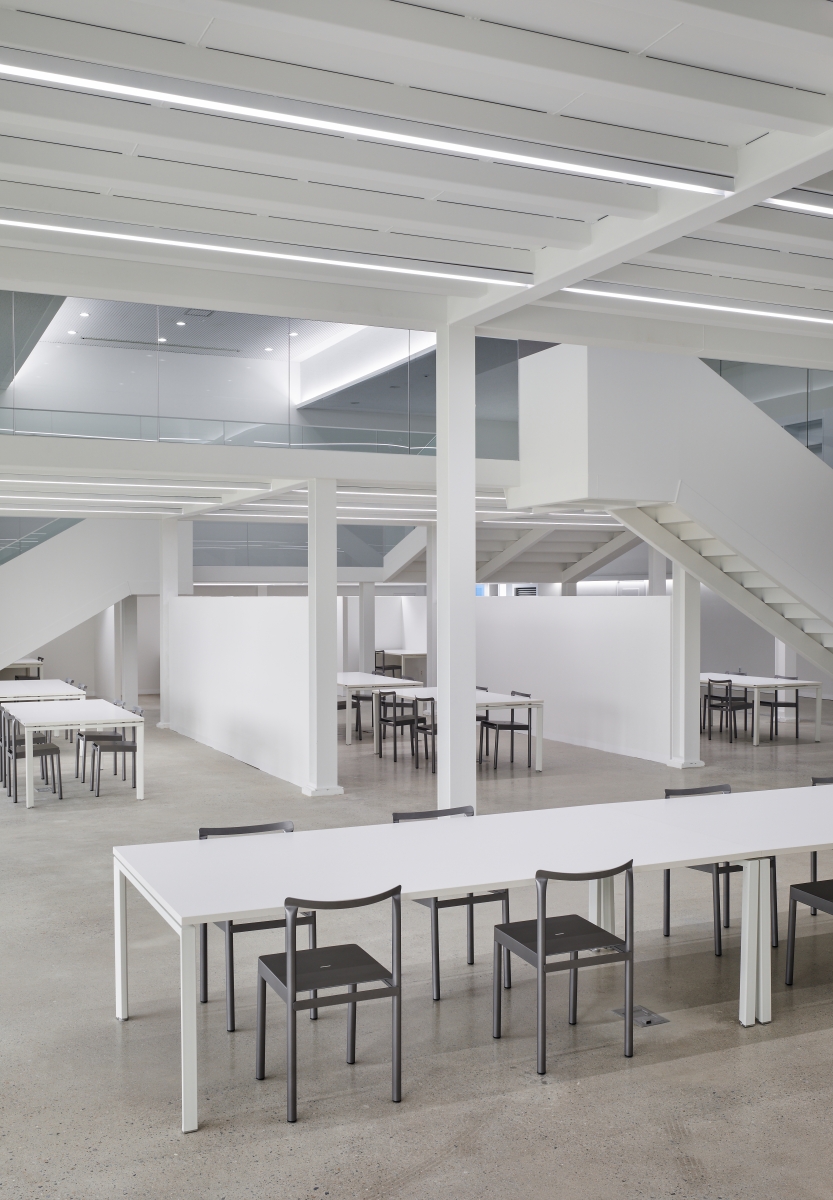 With an average population age of 37.9 years old, Siheung City is the third youngest city in Gyeonggi-do. However, about 40% of residents of 20 to 30 years old have expressed their wish to move elsewhere after 10 years. Siheung LDK Lab was established as an experimental space to diagnose the regional problems faced by young adults in the area and to develop new solutions. This is the remodeling project of a temporary construction, once used as a church, with a steel-frame sandwich panel structure. (co-design: HAPSA, Hong Jinpyo / chair design: Shim Seungyeon)

As the region with the highest population of low-income families in Gyeonggi-do, more than half of the people with disabilities in Dongducheon are classified as poor. As the people with disabilities spend most of their time at the local community welfare centre, the improvement of the welfare centre instead of each individual residential environment was sought in terms of social relief. The building was designed with considerations for future expansion across additional floors. 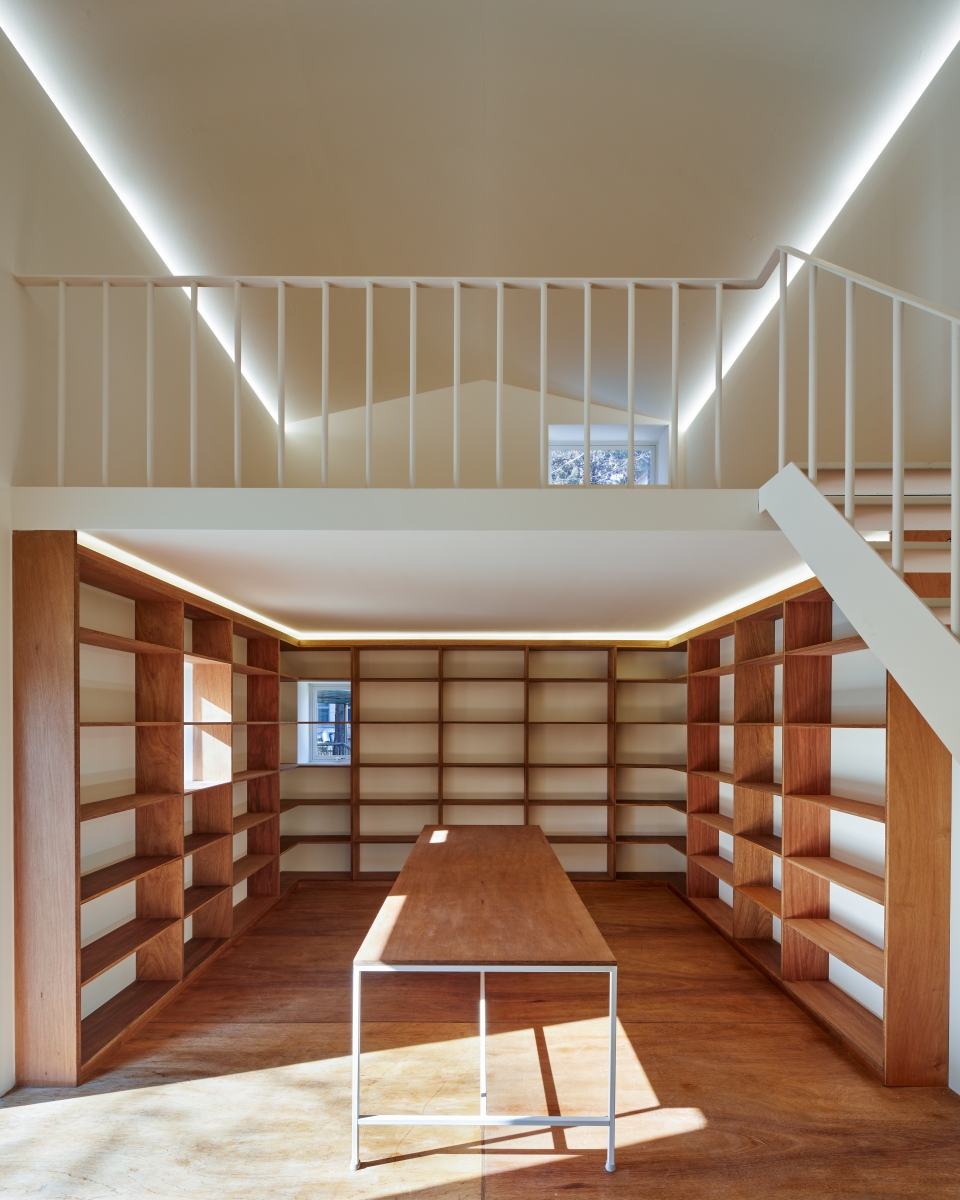 A project to construct a guest room for the residents by remodeling an disused public toilet located within a rental apartment district in Mok-dong, Seoul. Although the review was conducted via a consultant from the Seoul Design Foundation, the construction costs had already overshot the budget estimate. As such, the Foundation connected with a youth designer to take over the design and supervision.

A citadel for the others represented by dogs and cats. A project to aid the unique client who wishes to live the humble life of a straw in a space that embodies the weight of eternity, and to realise the rest of the forms that one will seek throughout their lives. 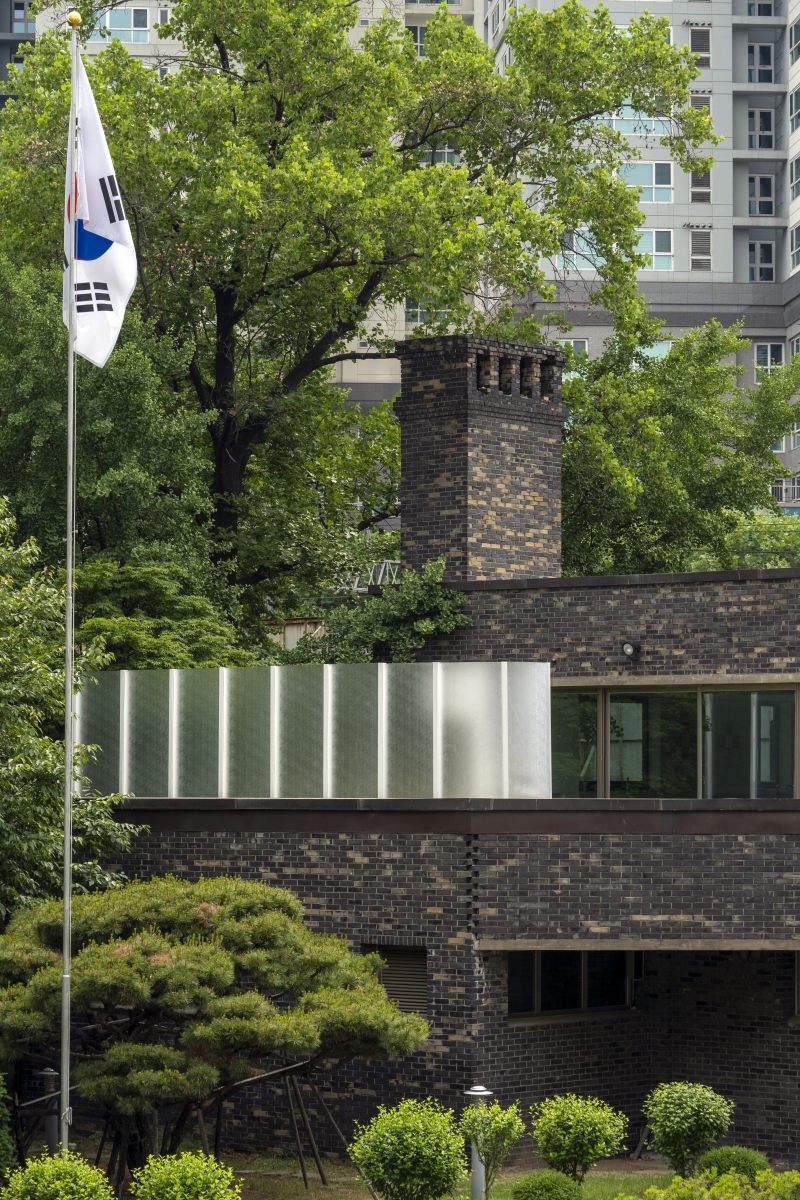 A participatory work at the first open exhibition that commemorates the complete reconfiguration of the previous Anti-Communist Interrogation Room at Namyeong-dong, Seoul. A structure that recomposes the architectural devices found on site (circular stairs, noise-insulation walls) and the quotidian routines (dining hall, polycarbonate) that free memories in this location and thereby setting the stage for discussions regarding its future. / ©Hyeonsoo Jang​​

The remodeling project of a teacher’s room. The anachronistic 5-piece oppositional table configuration was readjusted, the teacher’s tables were positioned into a ‘house’, and lighting was designed to create an exterior-like atmosphere using the newly-discovered ceiling space. It will be a teacher’s room that allows teachers and students to build new relationships with the city, and residences for the teachers within that city.

A project performed by a participating artist and a spatial designer for the exhibition ‘Architecture of Structure’ held at Suwon Museum of Art. It is an experiment to reenact and reconstruct the spatial composition and architectural method observed in Suwon Hwaseong Fortress with wood, which has a completely different material property to that of the original masonry.

The city of the ‘rest’ does not involve revolutionary technologies and is rather repetitive. It is mostly an architecture that lacks the hand of an architect, and it is obsessed with its parts rather than with the whole. The city of the ‘rest’ does not propose but only answers, and its repetitive motions have come to be widely accepted. The liberal and candid expression of the ‘rest’ that arises from a sense of basic necessity also exhibits a kind of creativity according to its associations with local memory and tradition. My architectural attitude towards the city of the ‘rest’ is therefore defined by respecting the narratives of the past, preserving the ‘rest’ as ‘rest’, and intervening only to add a sense of contemporaneity. Instead of a large-scale and abstract revolution, this kind of urban architectural intervention opts for a more microscopic and concrete evolution. Instead of the front, I observe the building’s back and what remains alongside this impression. Along the back and inside the building’s shell there is a raw, tangible, and candid technology that silences itself in order to emphasise the eye-catching façade. The centre may reveal the city’s more representative qualities, but without the realms that exist between those centres and the countless narratives residing in the hinterland, such characteristics cannot be attained. As a myriad of aggregate parts shape the central character of the whole, the hinterlands holds an as yet unknown potential. 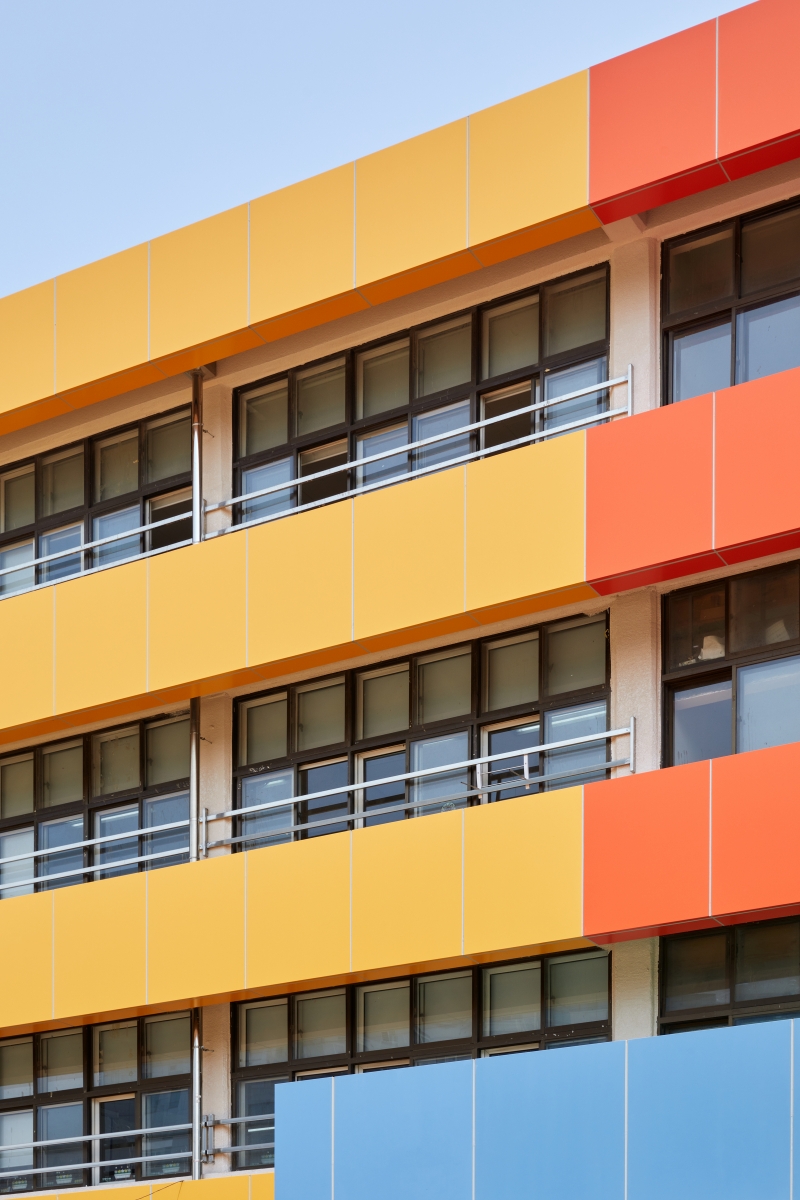 A project to repair the cracked exterior wall of Youngdong Elementary School and to create a new façade by reorganising the plumbing and wiring added over the years. The façade was designed not to erase the original features but to preserve them for a new façade in the future. A façade project that does not merely reveal the new but one that continuously facilitates novel façades.

A project to rejuvenate the yellow plastic linoleum low-rise bench that can be found all across the country, despite the lack of any universal agreement regarding its style. An experiment in public architecture or art to make an intervention that will lie on the boundary between the public and the private.

A project to build low connecting stairs and an inclined path that not only connects the stairs to the roof with the terrace but also allows easy access to people with physical disabilities. 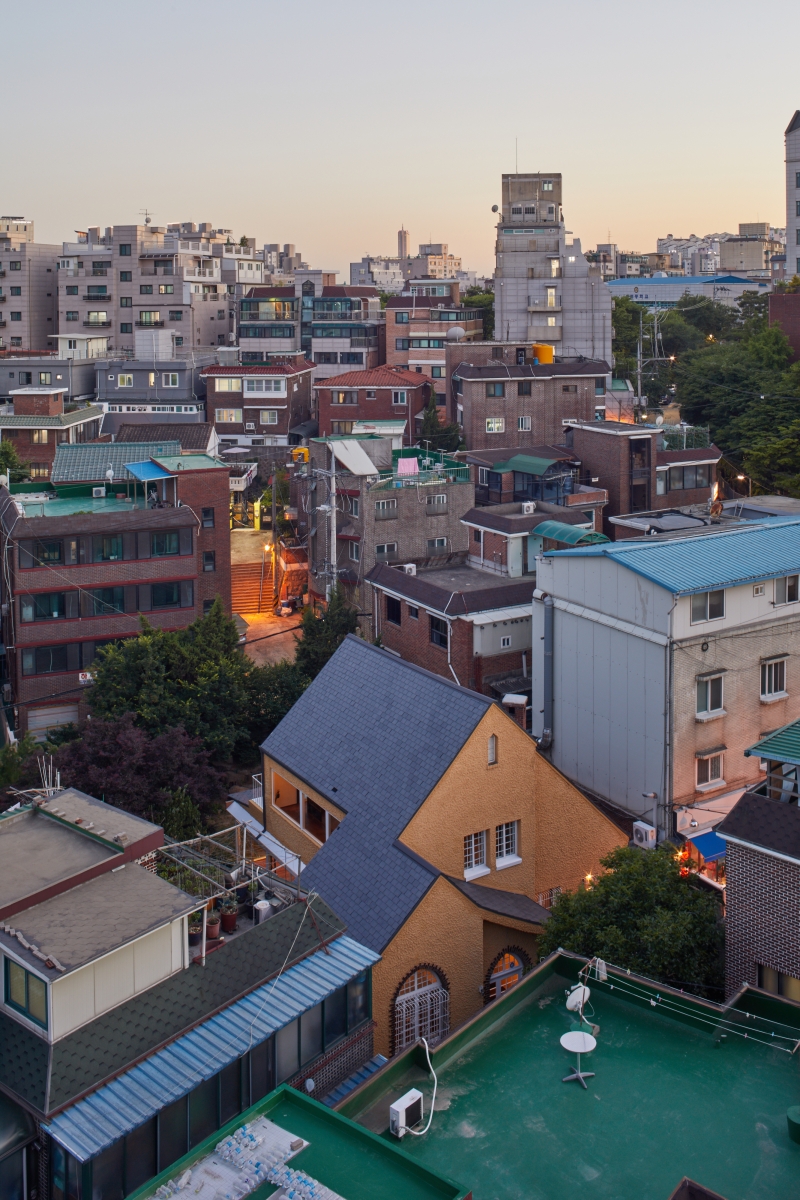 A remodeling project for a Japanese house that combines not only Japanese and Western styles due to the influence of the ‘Datsu-A Ron’ movement (Leaving Asia, Entering Europe) but has also spent the past 90 years integrating into Korean culture. Minimal remodeling work was performed to imbue a sense of contemporaneity.

A remodeling project of a Minbukgaok (a South Korean residence built for propaganda purposes against North Korea) built in 1973 at the propaganda village in Yangji-ri at Cheorwon-gun as part of an artist residency programme. The original form of Minbukgaok was restored and expanded to contemporary standards, while its occupied spaces were largely renovated to create work and exhibition spaces.

A project to propose the minimum system required for the sustainment of commercial ecology at Changshin-dong located behind Dongdaemun. A unit factory design where young designers and freelance labourers (also known as ‘guest workers’) can assemble and 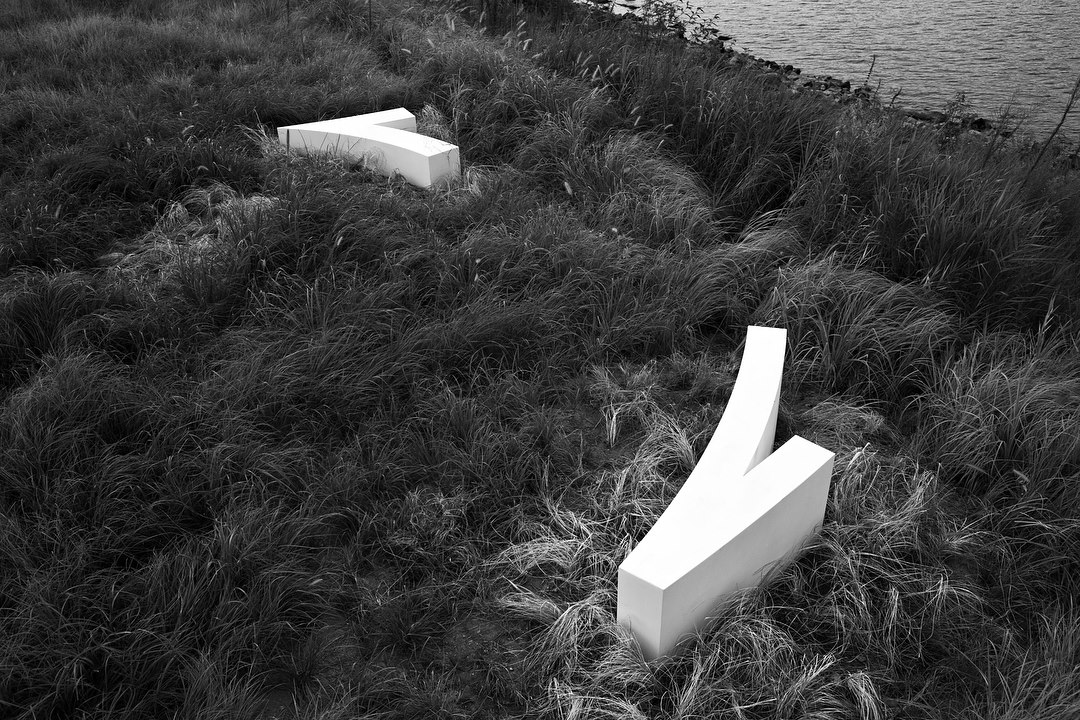 A project to create a concentric circle on the spot at which the poplar trees that line the Hangang riverside in the vicinity of Hangangcheolgyo are cut off. It will use its overlapping form to create spatial features that merely possess functional potential. A design intended to commemorate what has long disappeared and yet preserve this absence as it stands. / ©a.co.lab architects​

Flowering and the Rest

When we think of a flower, we often imagine a flower bud. However, when we consider that the main features of a flower are its stem, leaves, and roots, we realise that the concept behind the ‘rest’ actually represents the majority and the whole. It is difficult to say that the key works of architecture have now come to hold and believe in themselves historically or contemporarily important are sufficiently localised and region-specific. Perhaps the reason is because those architectures cannot embrace most of the things that constitute our definition of ourselves. I believe that the exploratory attempts towards the ‘rest’ that are left unrecorded or unremembered are a part of a process of grasping and rediscovering the faint image of a Korea-specific architectural ideology, one of which we have long lost track. 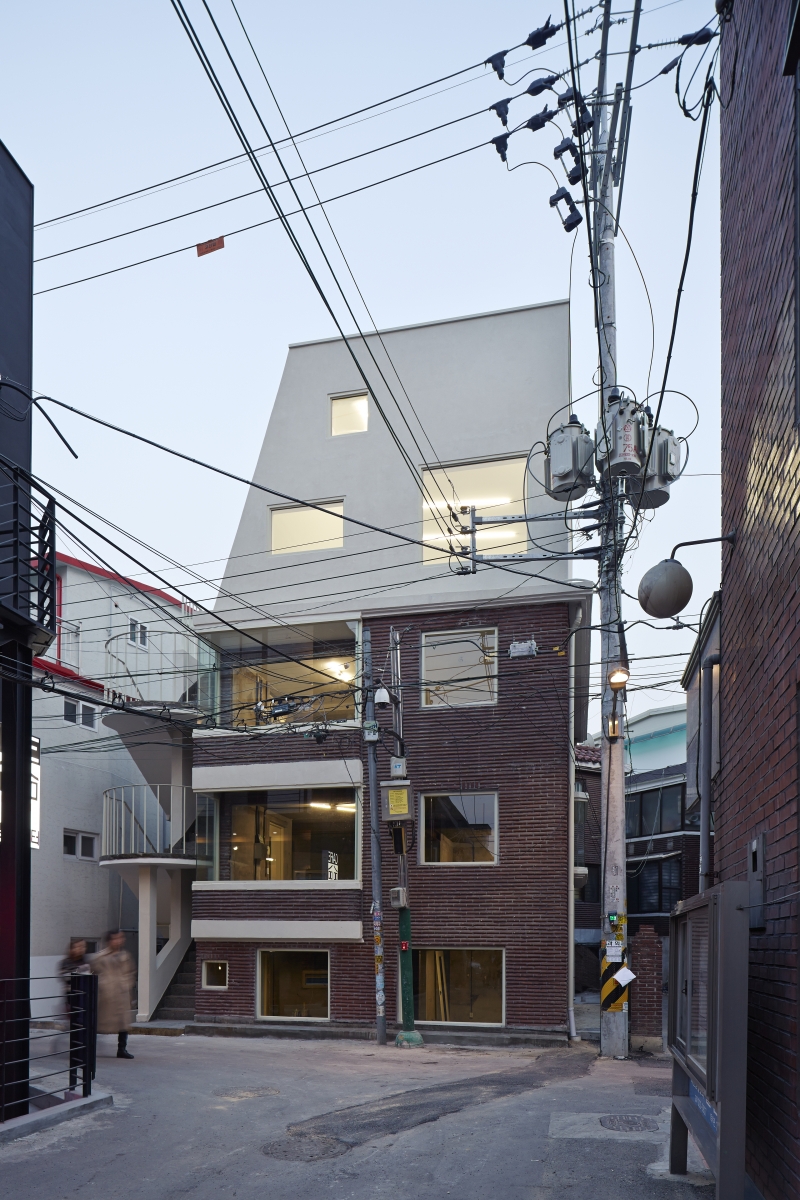 A project to legalise and expand the illicitly expanded area of a multi-household residence with red brick finish at Yeonnam-dong, Seoul. This is a remodeling intervention that respects the time-specific role that regional construction companies have played in place of architects and their mass-produced street landscaping. 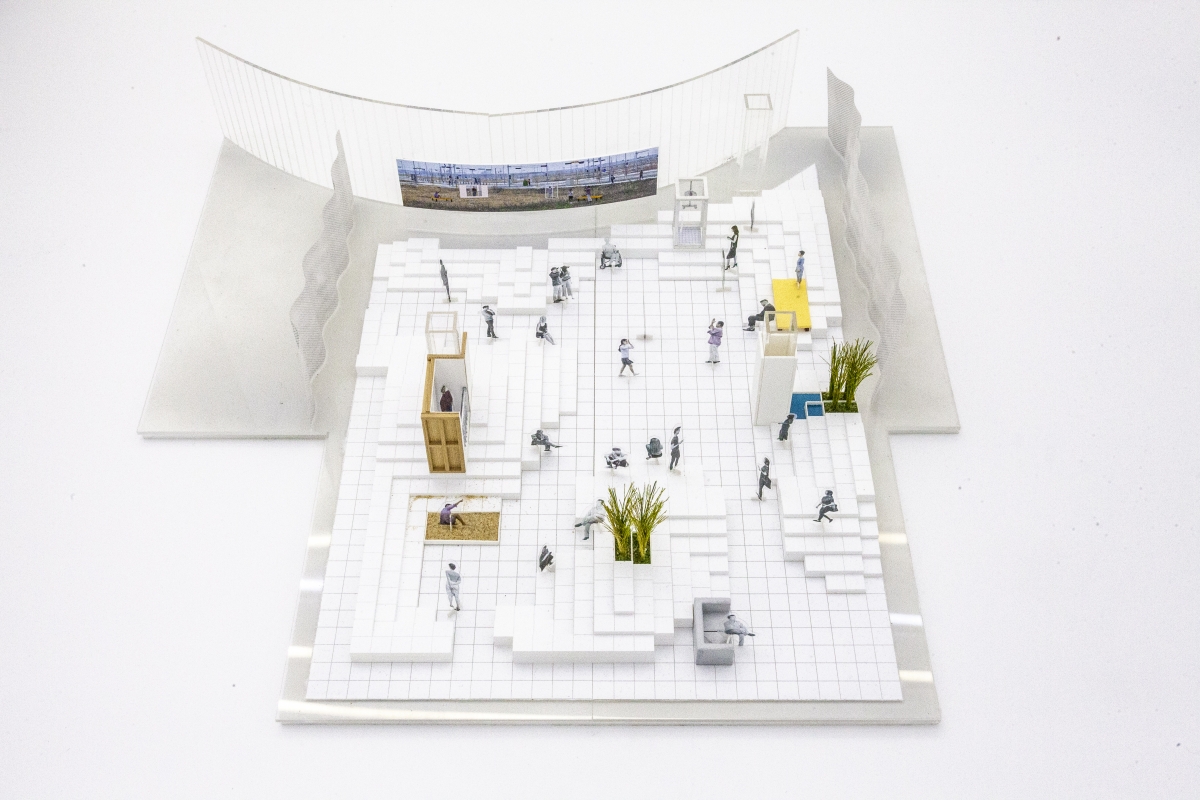 An interdisciplinary performance artwork that forces its audience to develop an interest in and ask questions of our residential environment by emphasising the atypical irrationality that we have lived with since the past. A singular urban space that does not differentiate the stage from the audience was designed to draw the performers and audience more closely together and to think of a new post-apartment location.

Semi-basement, shared house, and floor area ratio—a social residence designed following these three concepts used in the regional architecture market vocabulary. The number of parking spaces was reduced by opting for the legally-approved shared residence that most closely represents the shared communal residence concept for people in 20s, while the interior area of the basement and first floors was enlarged to reenact the semi-basement effect found in the Hongdae commercial district by using surplus space (securing rent from the first floor out of the two floors). The perception of the floor area ratio was increased due to the introduction of a basement floor that acts as the first floor.

Chung Isak
Chung Isak opened a.co.lab architects in 2013, and has worked as a professor at Dongyang University since 2017. While carrying out social architecture projects and collaborative research projects, he has also participated as a designer or artist in architecture and contemporary art exhibitions. His representative works include Yeonpyeong Island Library, Yeonnam Red Brick House, and Yellow Flat Bench, and he was also a participant in exhibitions such as the 15th Venice Architecture Biennale (as curator and artist in the Korean Pavilion) and CAMP 2020 (as director). He is also the author of the book The Seoul, City Microhistory.
No.634 July 2020 Chung Isak a.co.lab architects Dongyang University Rest-ism Balance Anomaly Yeonpyeong Island Library Geumho-dong Children’s Museum Research of Hanyangdoseong in Hoehyeon
LIST
bookmark_border
favorite_border
14