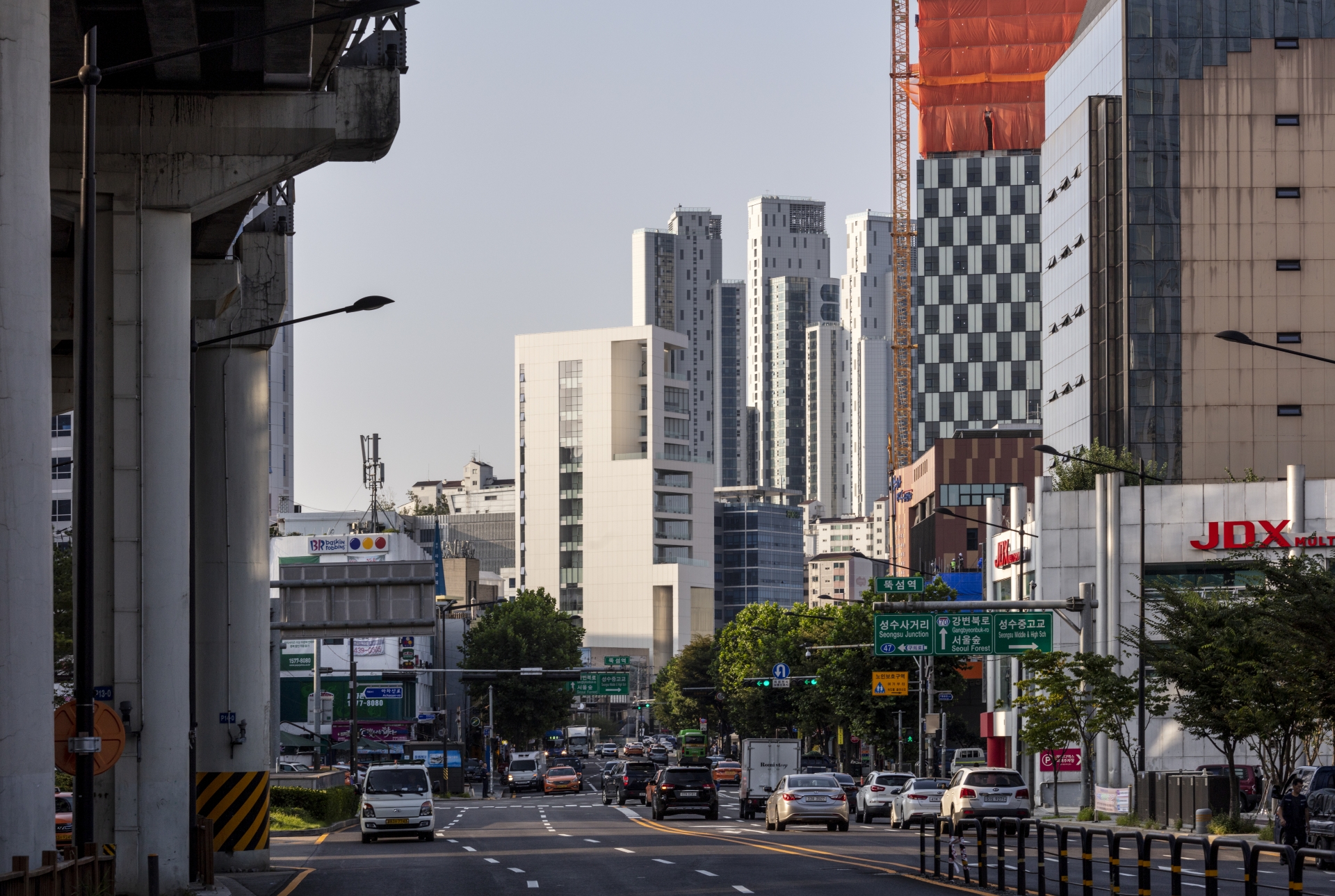 New Strategies for Creating a Contemporary Urban Landscape: TERRAFFICEThe Two Sides of Architecture: Perspectives of Observers and Users
In a conventional sense, sculpture is an experience set by a sculptor and placed in an intended location for the audience to appreciate. However, as sculpture nowadays has grown in scale and often contains architectural programs inside its bounds, the audience can effectively penetrate the sculpture and experience the outside world from within. The boundaries between sculpture and architecture are collapsing, and yet architecture must satisfy both observers outside and users inside at a different level. Architecture must address the issues of the users while being constantly observed from the outside.
Establishing Both Sides of Architecture Simultaneously: TERRAFFICE
These types and strategies have been shown as various outcomes depending on the conditions of the site or its proposed functions. This urban-scale project is characterised by site conditions that make the building easily recognisable from all directions and the function on each floor would have been precisely defined as it was not designed for unknown users. As the project evolves, these characteristics have led to the need for new strategies that will simultaneously satisfy external observers and internal users. As a result, OCA came up with ‘TERRAFFICE’ strategy. TERRAFFICE is a combination of ‘terra’ meaning terrain and ‘office’ meaning the office space. The office space where we spend the most of our time tends to be a utilitarian, monotonous space and has adopted, more and more, the styling of a skyscraper, it is near impossible to be in touch with the ground and to experience the natural world when at work. TERRAFFICE was an answer to this question, by placing a terrace on each and every floor. After a series of diverse experiments, TERRAFFICE was proposed as a new type of office. Initially, experiments to install a terrace in a low-rise office project were performed in the Yangjae-dong project, which has a flat terrace installed in its rental office, as well as in the HK office building, which has a terrace installed on the front and roof of the office. There was also the DU0 302 project, which emptied the middle of its officetel building; the Red Visual project, which partially installed a terrace on each floor of the mid-level office projects; and finally the Clio office building, which created a quality terrace. 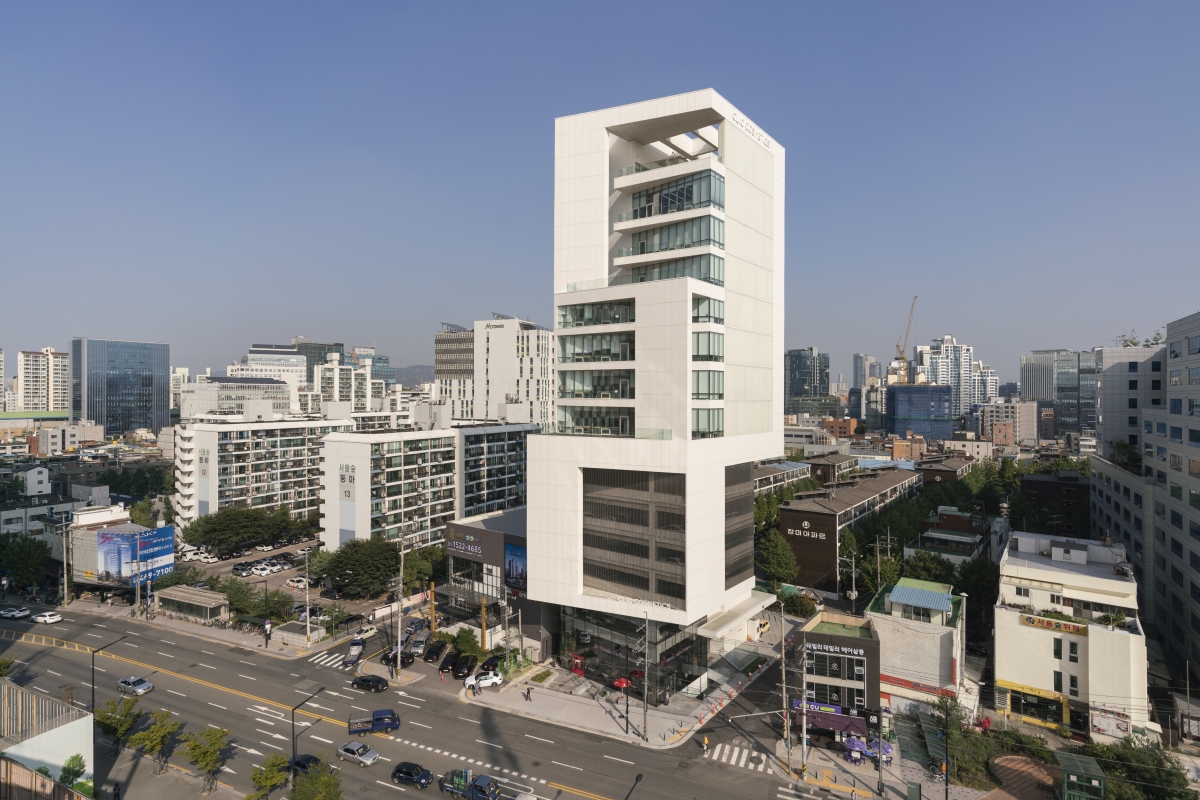 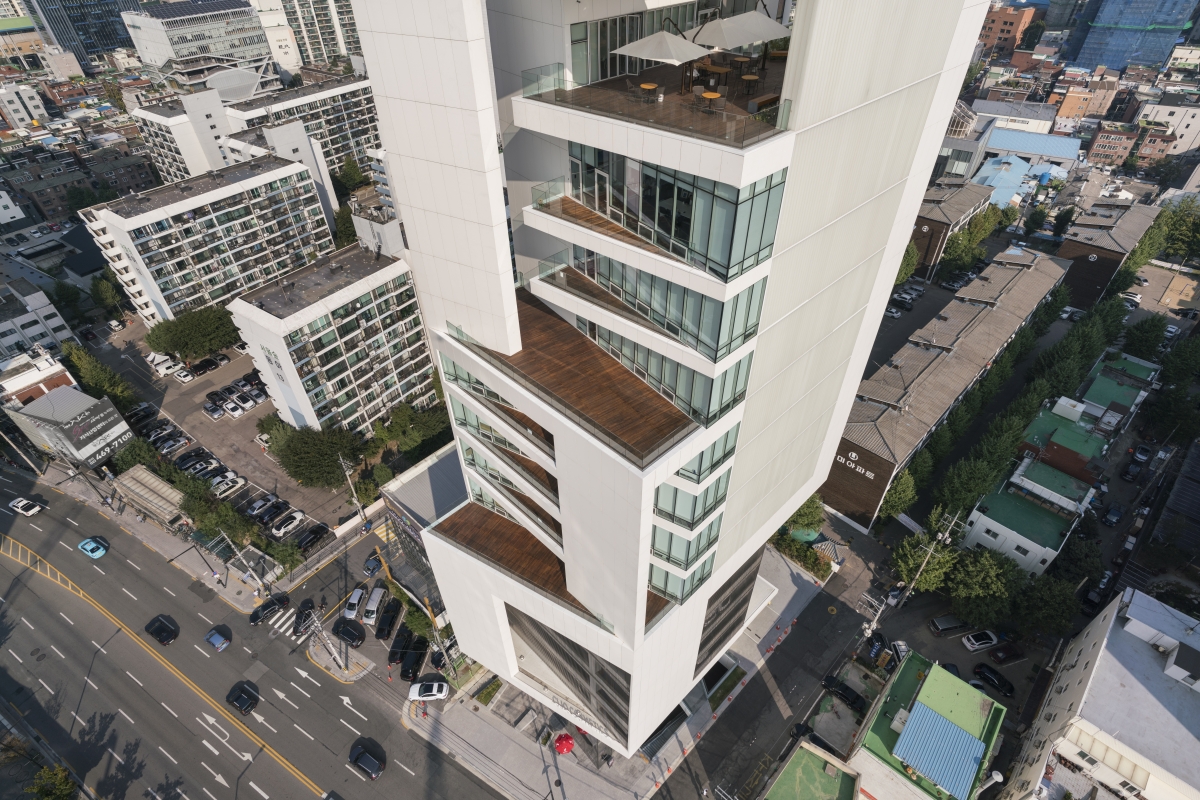 A White Frame in a Varied Urban Landscape: An Observer’s Perspective

The Clio office terrace consists of an array of large-scale terraces supported by wall structures in the units of the four floors and smaller-scale terraces suspended from one floor to the other. These terraces are the medium in which people and nature mingle, as well as important elements that create varied urban landscapes. The simpler the frame is, the better it can capture the changes. The exterior made of white thin plate Ceramic, low iron U-glass, and low iron glass captures the surrounding landscape in a benign manner. The colour white also matches the image of the cosmetic company, Clio.

The Clio office building is of a clustered form with multiple frames, and can be observed from various points in the city. If you move North along the Seong-su Bridge through the Seoul Forest, you can glimpse a variety of scenes along the road toward the south along the Wangsim-ri Road.  It is also observed from Seoul’s Forest Mirror Pond, Understand Avenue, and Ttukseom Station. Some scenes were intentional but some were not anticipated.

A View-Finder for Various Urban Landscapes: A User’s Perspective

The building is accessible in all directions, overlooking the city. The terrace serves as a view-finder through which to enjoy various urban scenes. The view from the terrace is incomparable to what one hopes to see through the window. It is, of course, different in that it gives you the open scenery, but the difference between whether it allows you a direct exposure or not is huge. Just as we chase after shots through a camera’s view-finder, we can set the location and direction of the terraces.  You can see the Han River to the south, Namsan to the west and Lotte Tower to the further back east, on almost every floor.

There were two concerns during the design process. The first concern was to overcome the contrast in height with the 43-story apartment building and hotel under construction across the street. This is because the maximum number of floors we can stack was ten stories according to the limited Floor Area Ratio. The second concern was that of the ground floor area remaining in compliance with the law, which was far smaller than the area required. While working on the design with these concerns, we were off for a business trip to Chicago and there we found that the parking space was in the lower floors of many high-rise buildings in Chicago. After returning from the business trip to Chicago, neither the stereotypical underground parking nor a mechanical parking tower system was adopted, and so we boldly introduced a ground floor self-driving parking system. The self-driving parking lots were placed from the third to the sixth floor, and two car lifts were installed for efficient transit within the building. Since the parking lot areas are not included in calculation of Floor Area Ratio according to the Korean Building Act, we could maintain the ground floors while converting the underground area into feasible spaces, which also solves the insufficiency of the total space. In addition, as a 10-story building turns into 14-story building above ground, this improves the building's aesthetic proportions and helps to overcome the dwarf complex. These were indispensable lessons well learned in Chicago.​ 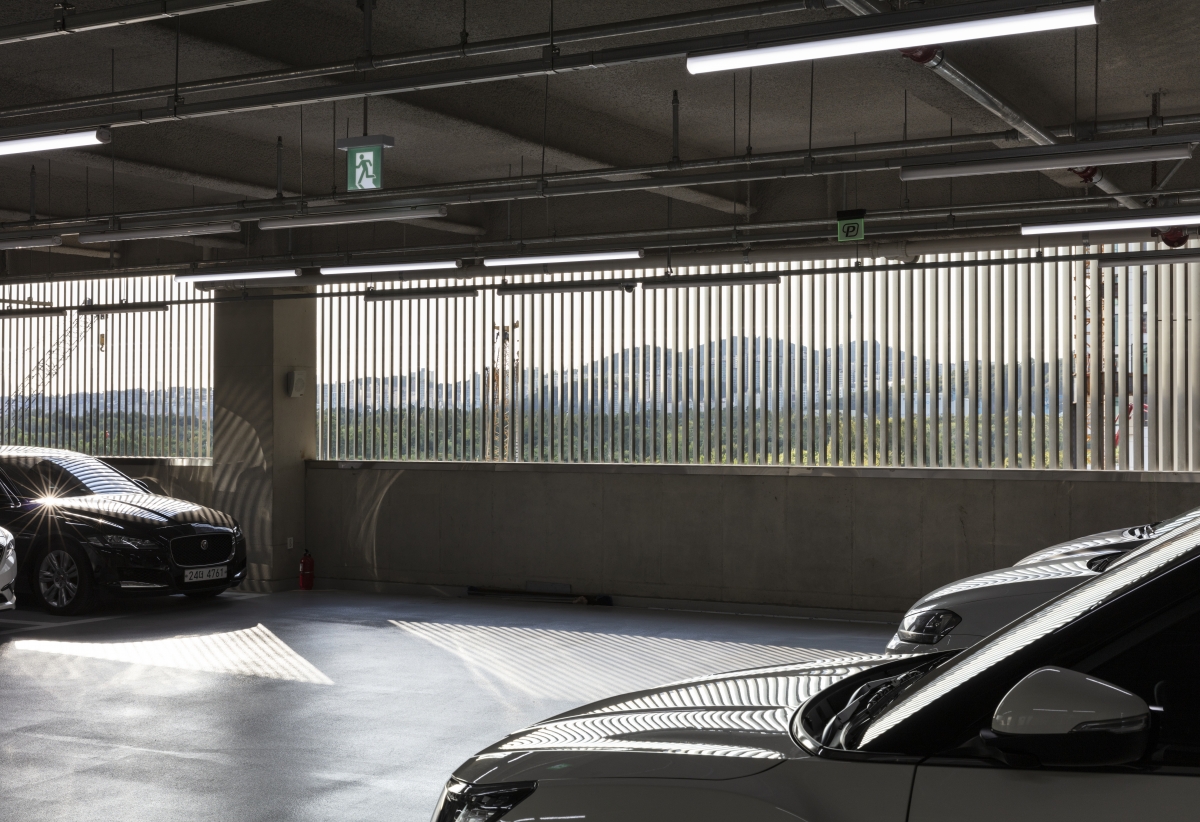 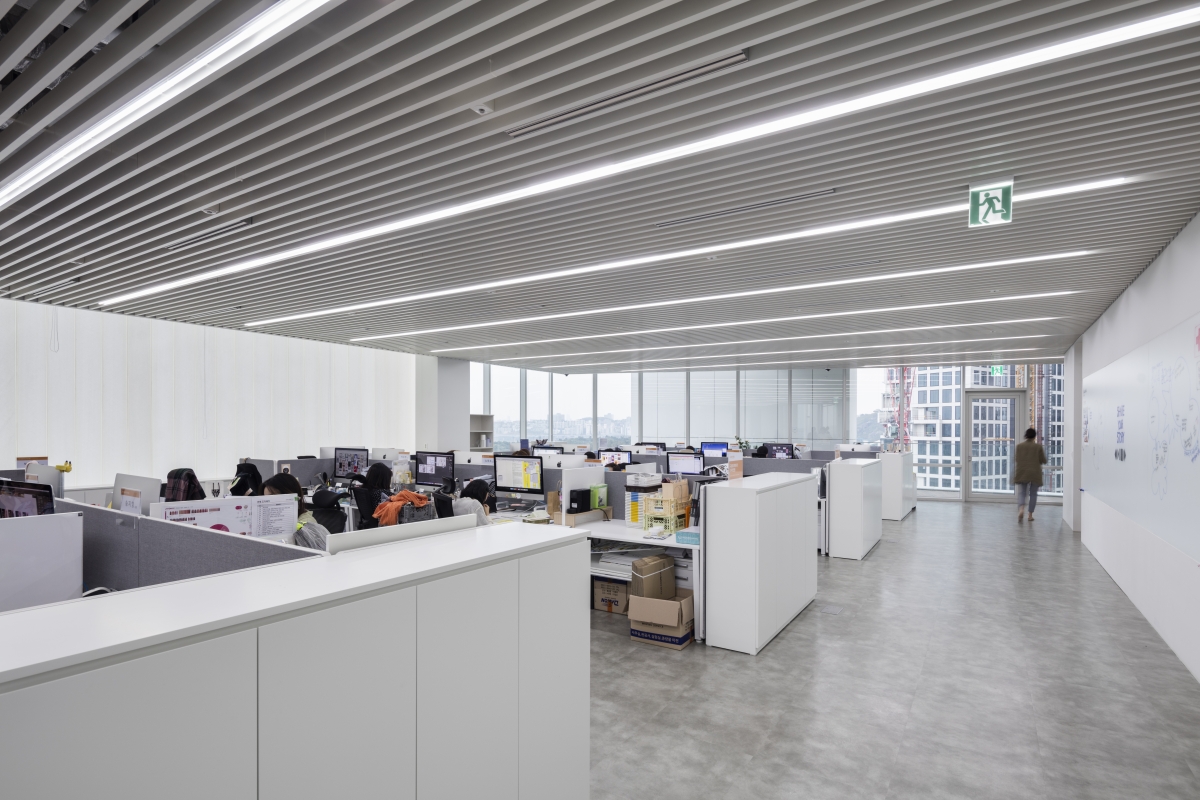 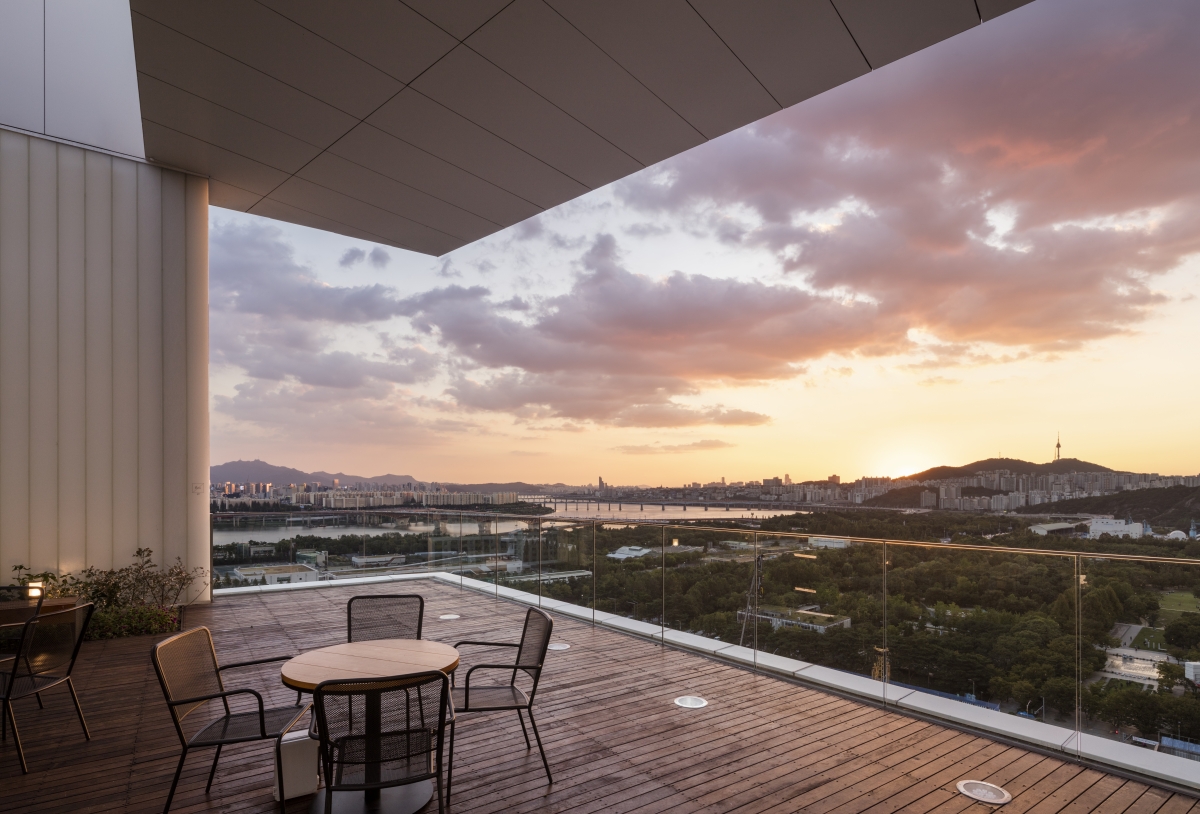 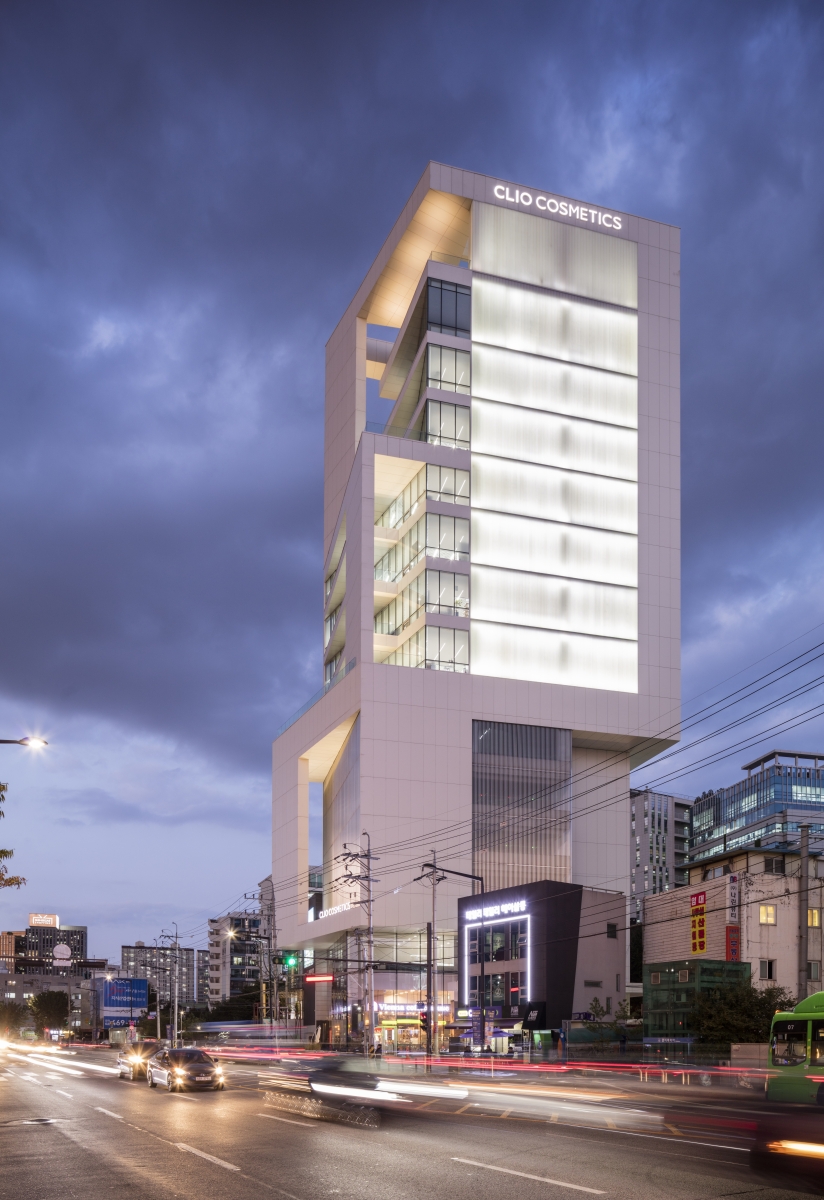 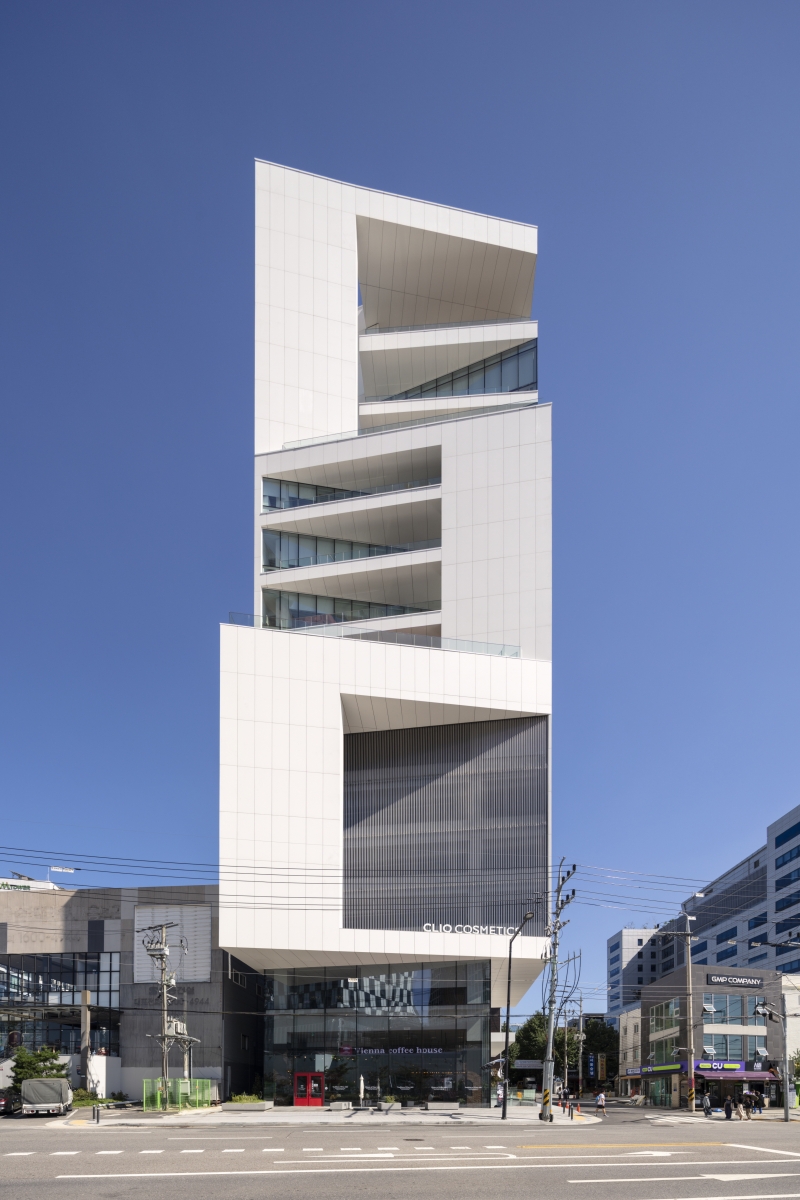 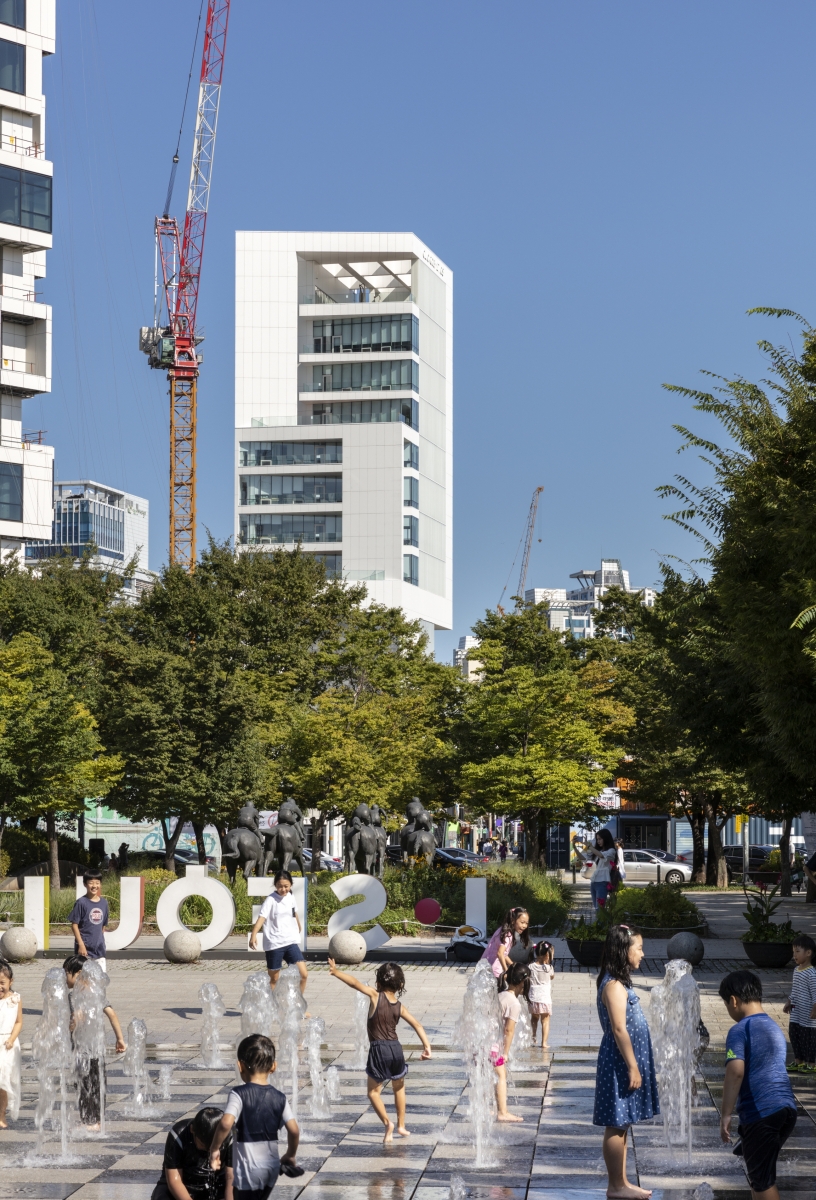 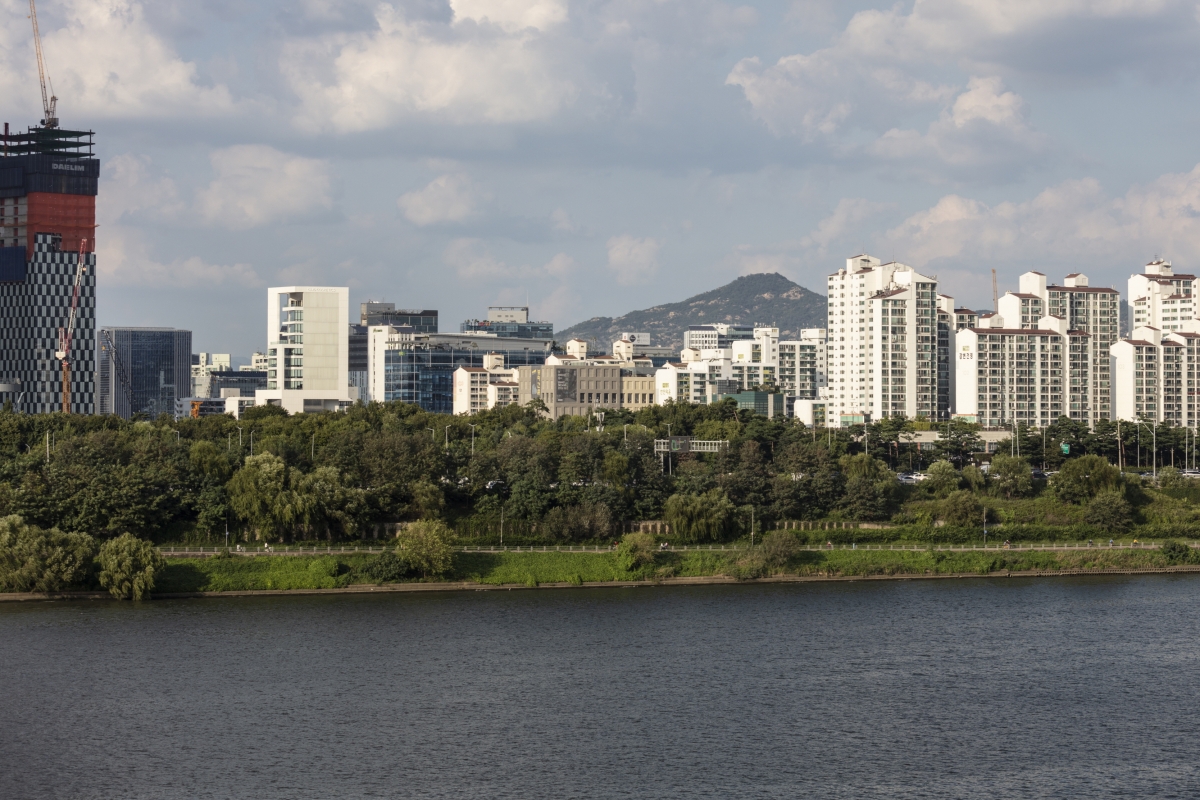 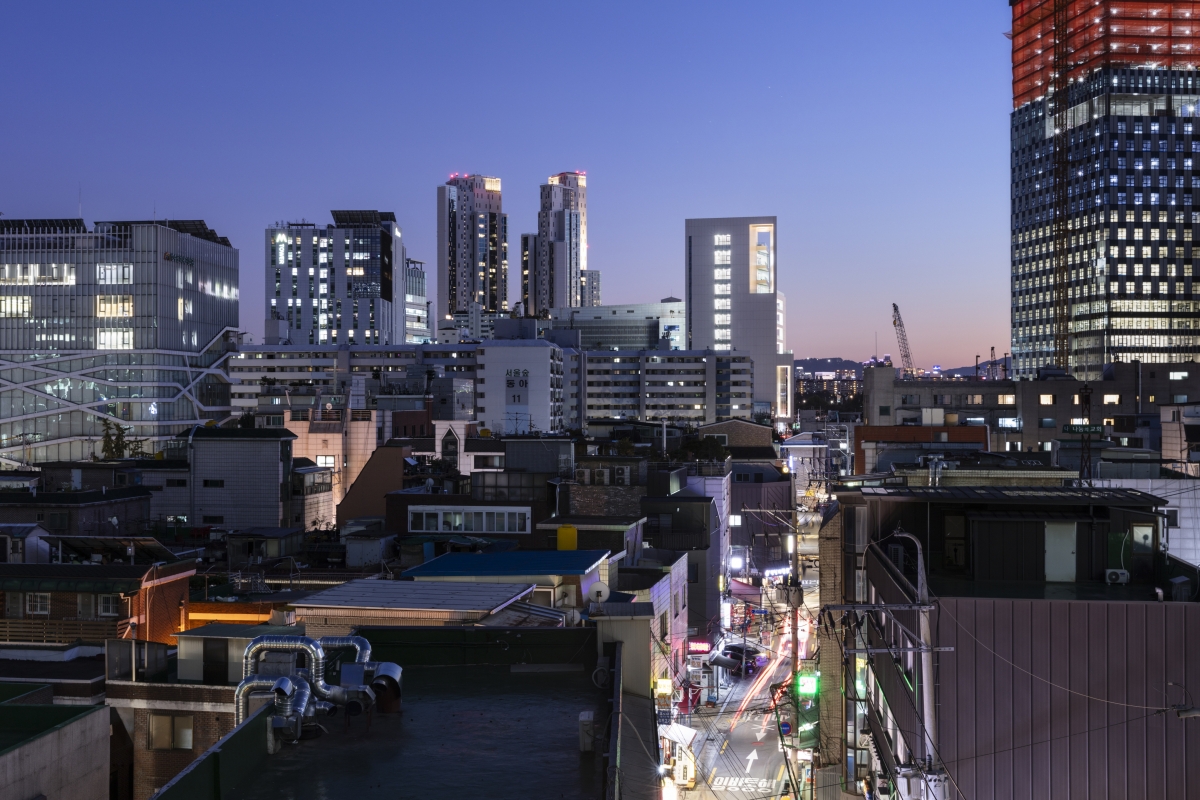 Jae Y. Lim
Jae Y. Lim received a B. Arch degree from Seoul National University and a M. Arch degree from the University of Michigan. He then went on to establish the Office of Contemporary Architecture (O.C.A) in Los Angeles, in 1990. He returned to Korea in 1996 to found O.C.A Seoul. His work exhibits an effort to understand the tendencies of social, economic and cultural changes and to reflect these concerns through new architectural prototypes. He has received numerous awards, including the 2014 ARCASIA AWARD Gold Medal. He served as Director of the 2019 Seoul Biennale of Architecture and Urbanism.
No.627 February 2020 architecture Office of Contemporary Architecture CLIO COSMETICS Jae Y. Lim terrace office TERRAFFICE
LIST
bookmark_border
favorite_border
200