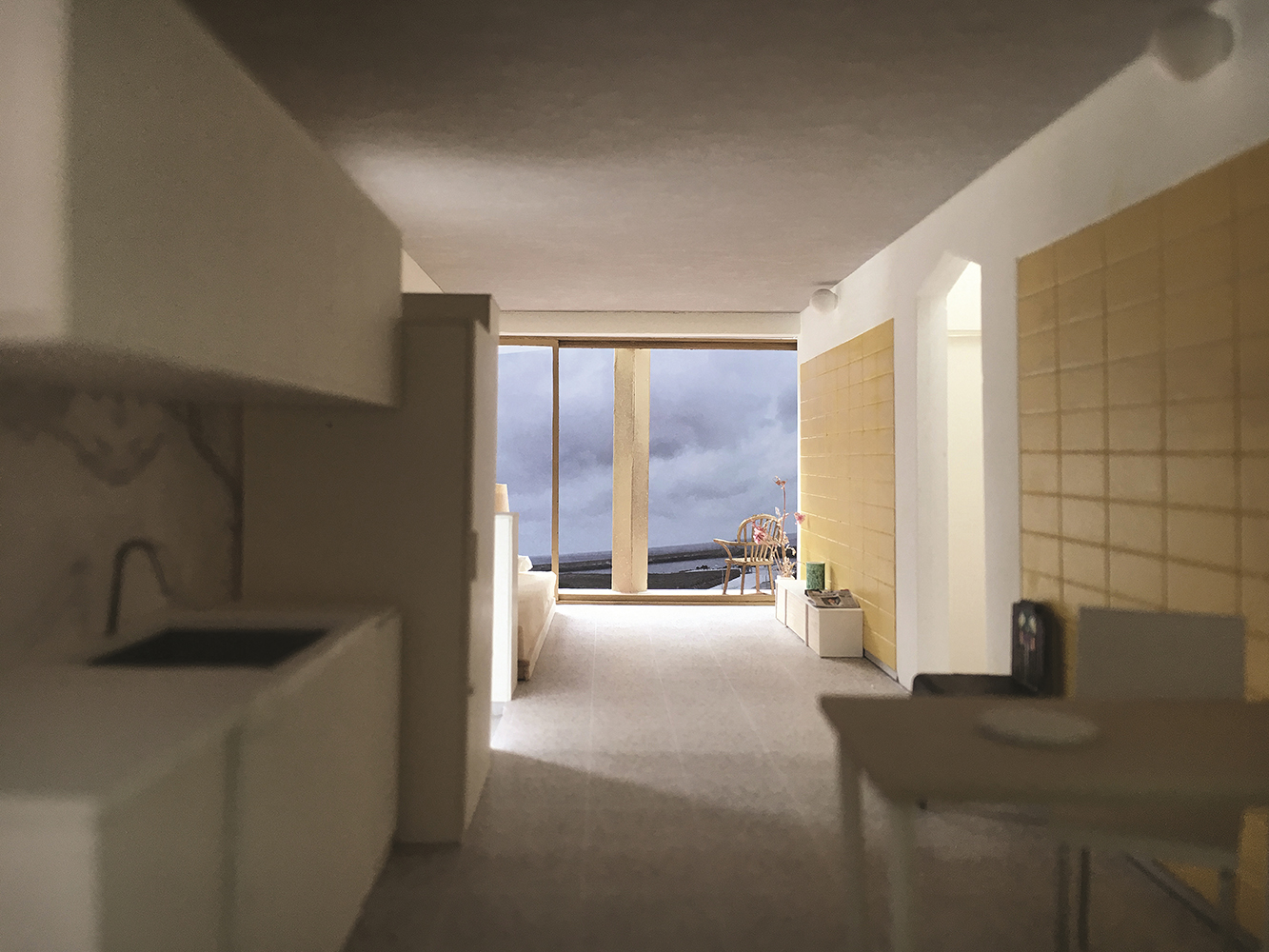 Is there a more local place in Korea than Jeju Island? Will the stacking of indigenous basalt stones around the white modern building make the most of Jeju? The project began with these simple yet practical questions. There are a number of elements that are uniquely associated with the identity of Jeju Island: dol hareubang (a large rock statue carved from porous basalt), haenyeo (female divers), Jeju tangerine, and everyday objects found all over the island—from welcome sculptures at the airport to stationery erasers. I thought that if dol hareubang were to support the building, just as the statues of Roman gods support the ancient buildings in Rome, we might be able to discuss regionalism from a different perspective, inducing a more novel approach without being pedantic or abstract as ethics command. Moreover, an explicit and kitsch design can be more familiar and easier to relate to for the general public. Villa Jeju is firmly stacked in its classical bilateral symmetry, but it defies the stereotypical ‘stacked house’ as it adds the impression of instability and ridicules the objects placed on the ground floor. The windows are laid on slabs or hung on the bottom of slabs, which makes the symmetry read horizontally and vertically, further confounding the sense of gravity. It even looks as if it is hovering, like a toy, from a certain point of view. The façade facing the ocean is enclosed with a transparent glazing lined with terraces, however, the façade on the opposite side is covered with rusty stone bricks, which makes the building appear to be oriented towards the ocean. The terraced columns in a single row reflect the sunlight as the sun sets, adding a slippery hue that makes a scene even more appealing from the living room. Pastel-tone orange bricks and horizontal bands of white stucco on the exterior remind us of common buildings in the old town Jeju, making it easier to find points of commune. The basalt column mass, placed out of the blue in the living room on the ground floor, the sliding door with strong wood grain, the green steel beam over it and the golden orange window frame are all metaphors for Jeju’s locality and nature. 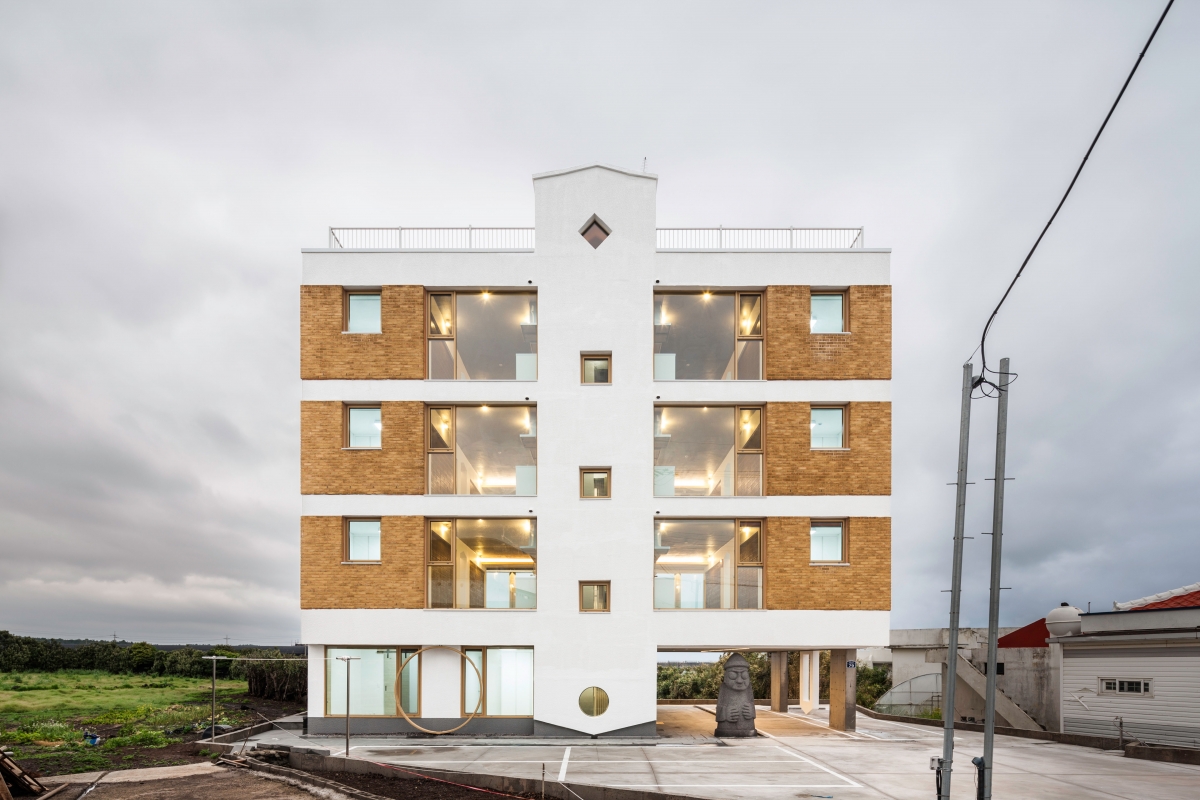 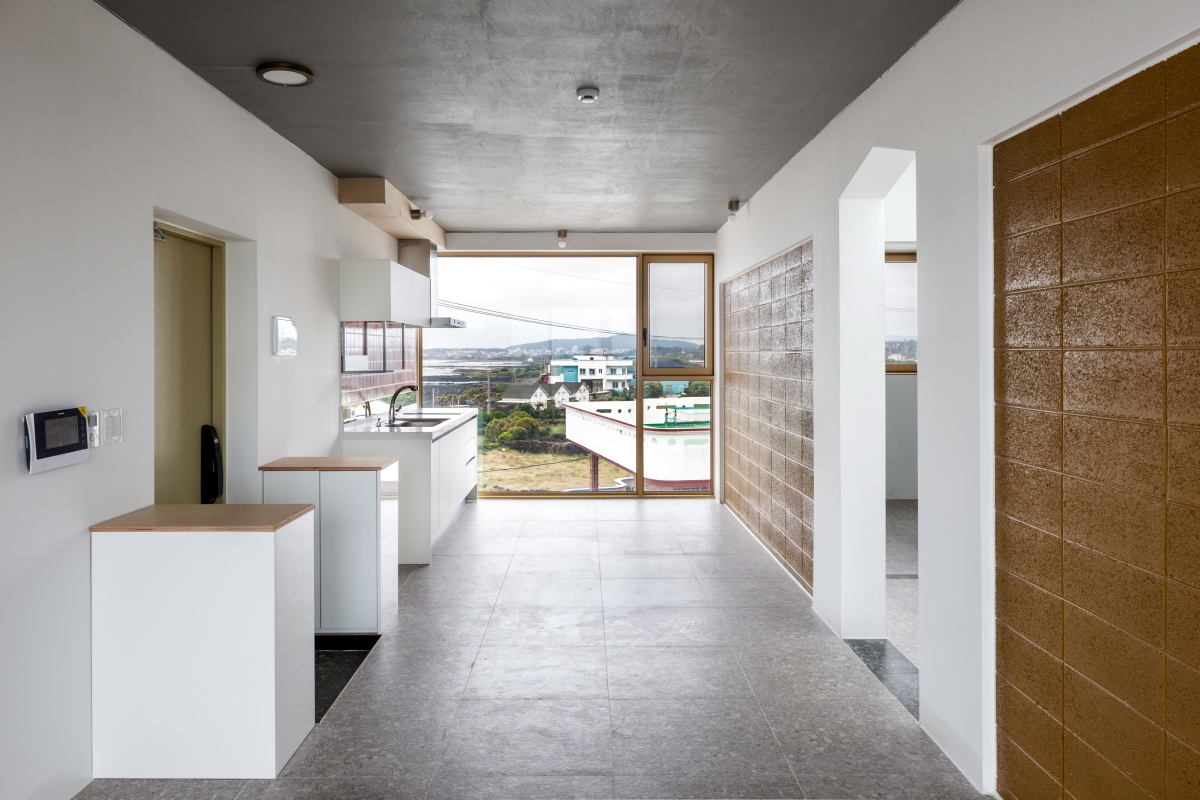 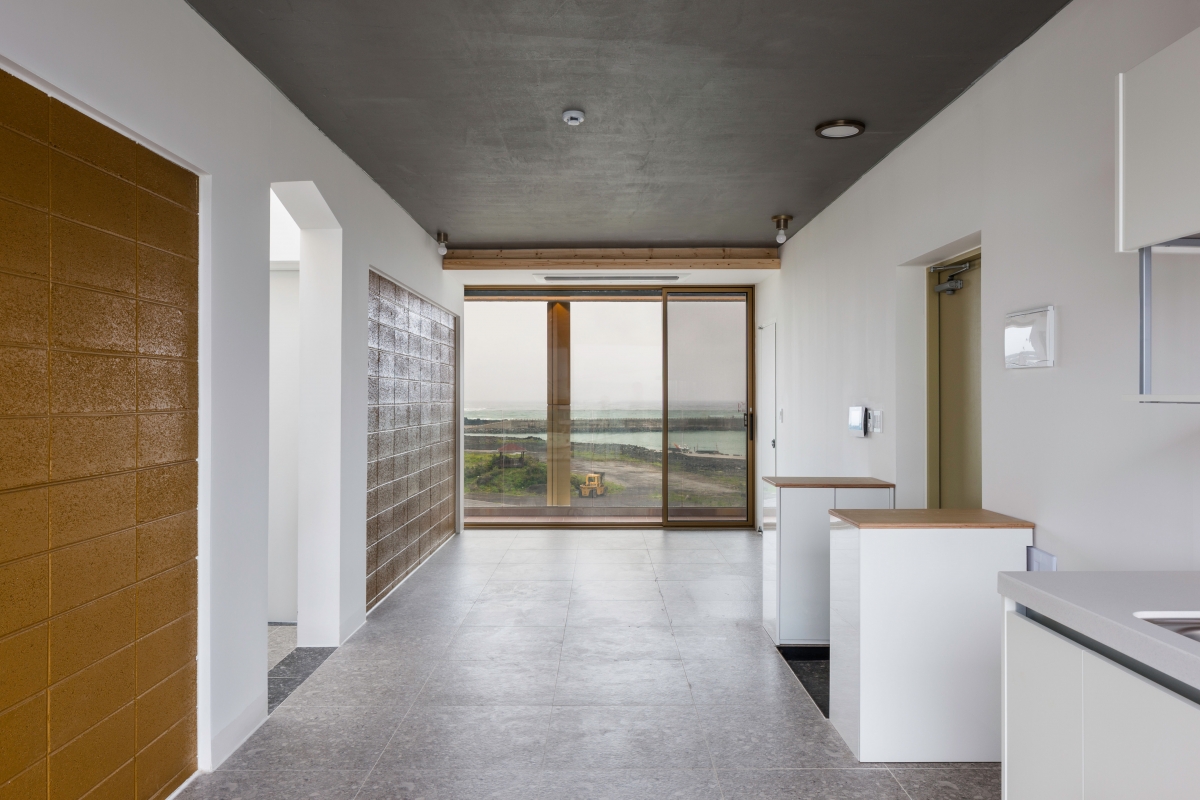 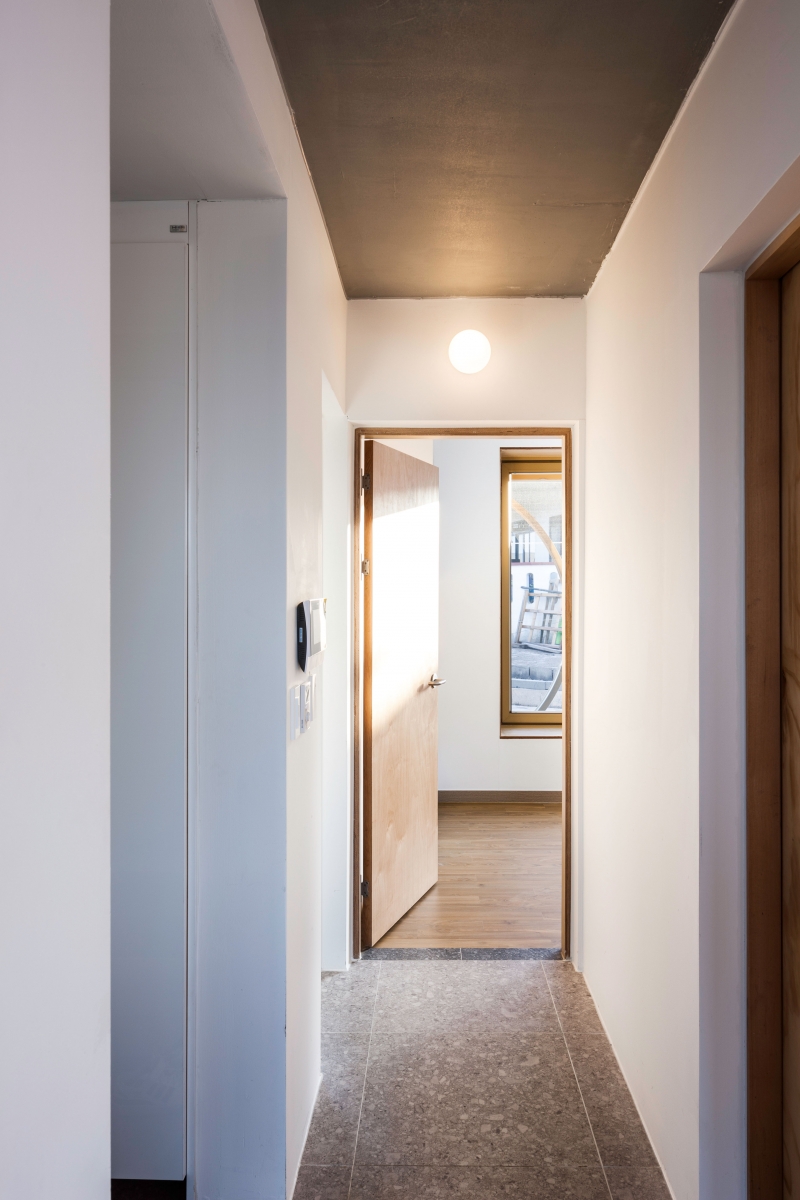 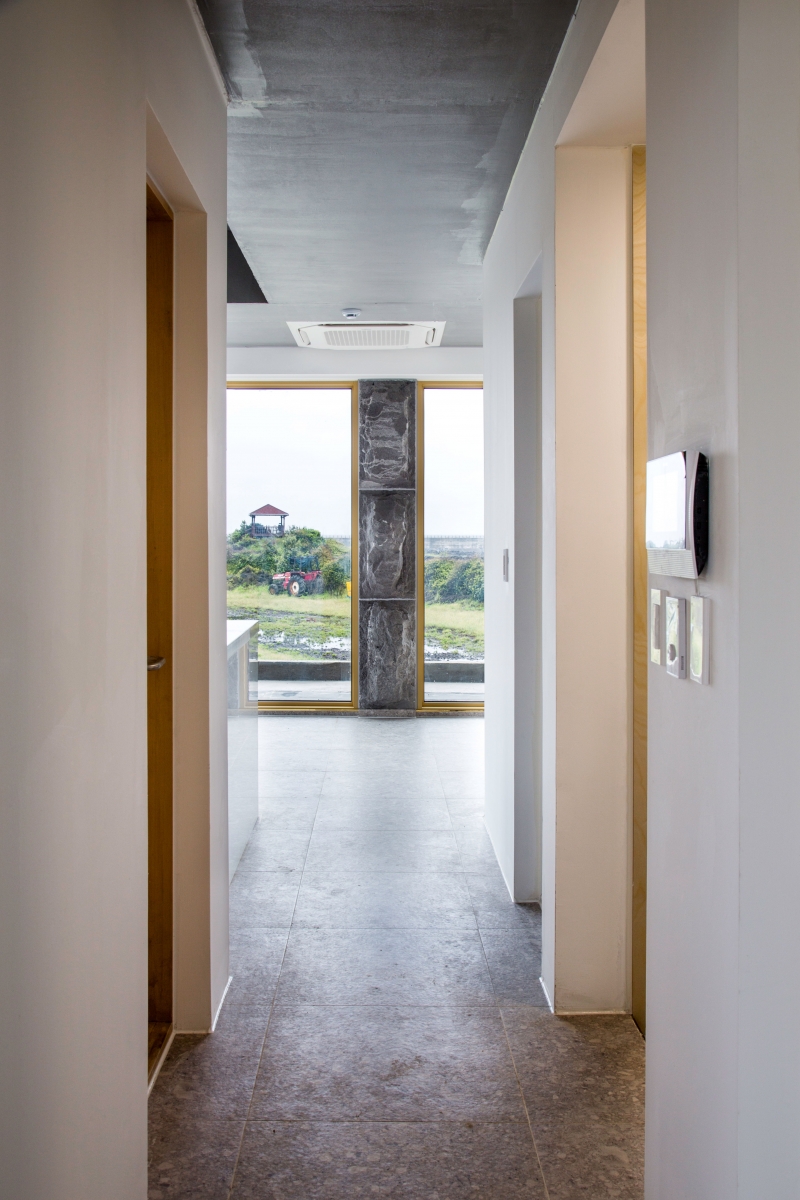 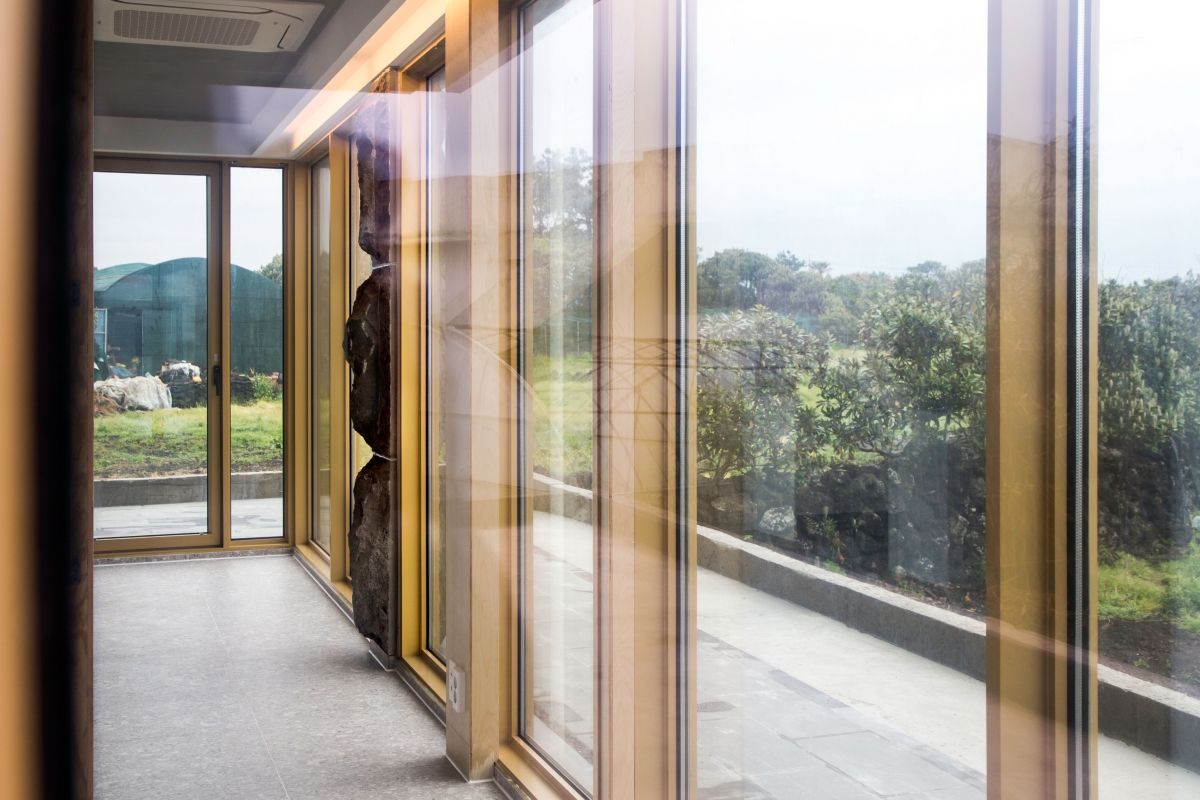 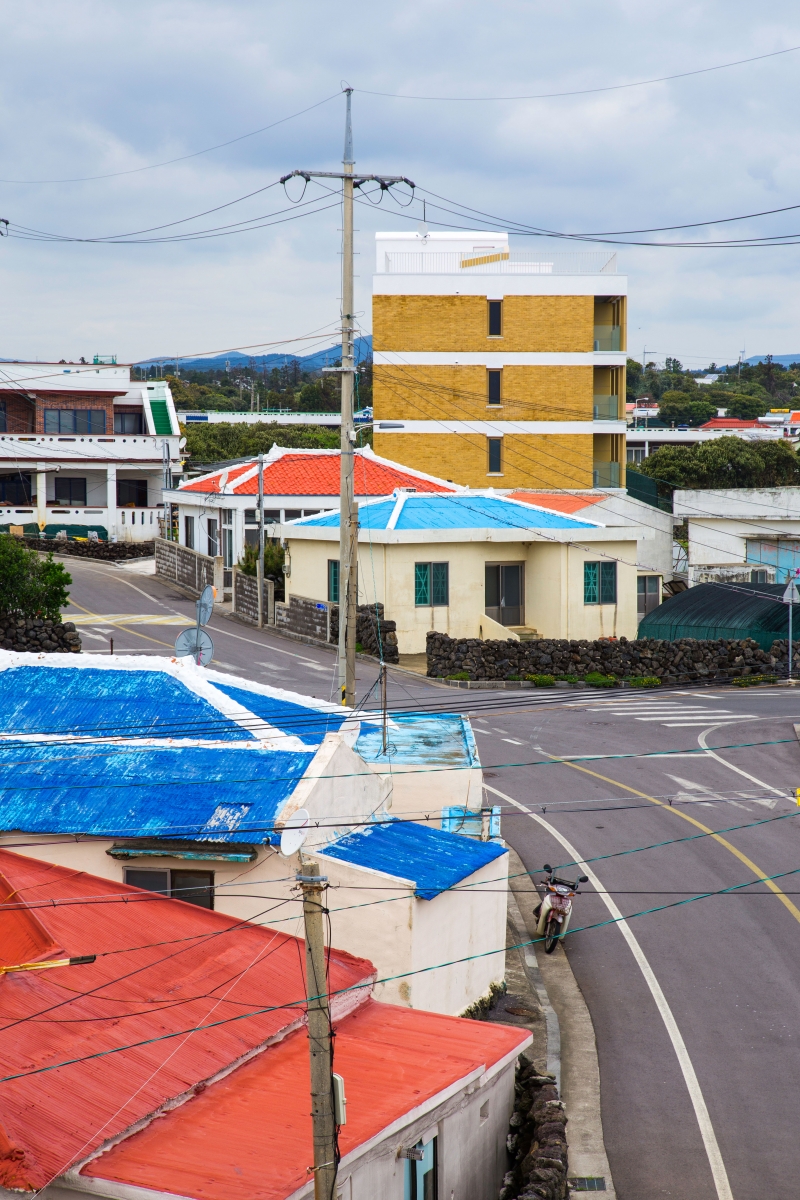 Suh Jaewon, Lee Euihaing
aoa architects was established in 2013 by Suh Jaewon and Lee Euihaing. Rather than interrogating metadiscourse in architecture, they focus their attention on the meaning and construction of architecture itself and seek new ways of communicating with architecture and society. In 2017, they won the Korean Young Architect Award, announced as the winner of the ‘Remarkable Korean Young Architect’ category. Suh Jaewon is a registered architect in Korea. He serves as a Public Architect of Seoul and an adjunct professor at Hanyang University. Lee Euihaing is a member of the Swiss Society of Engineers and Architects (MSc ETH Arch / SIA) and an adjunct professor at Dankook University.
No.625 December 2019 architecture architect aoa architects Suh Jaewon Lee Euihaing Jeju locality everyday object nature critique multi-family house
LIST
bookmark_border
favorite_border
12