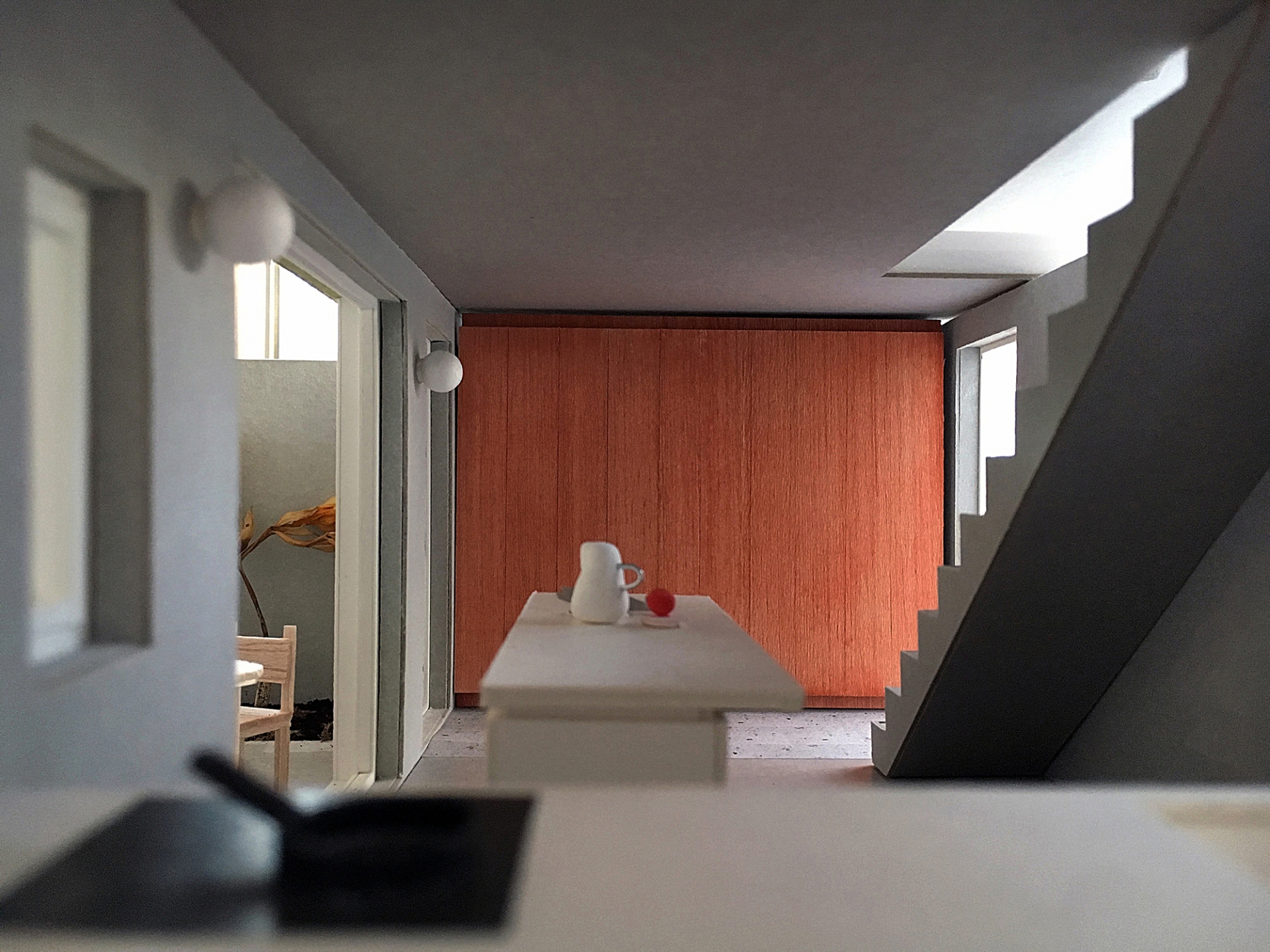 As the traditional classification of gender roles has evolved, there have been changes to the needs and senses of privacy between family members and the standards enacted in housing spaces. The privacy between family members that was overlooked in the patriarchal era is now the most basic need to insure, especially among married couples. As a backdrop to this social shift, there exists an economic independence achieved by female workers. As a result, kitchen design has been transformed, from creating café-like spaces to serving food on a large kitchen table instead of functioning as a space for cooking. In this way, the kitchen on the first floor of Malefemale House plays a role as an ‘In-house Wine Bar’ into which the clients, a newly married couple, dive after work. As displayed by the complicated floor plans and sections, the existing micro houses cannot afford the same spatial openness as they strives to accommodate all the essential basic requirements. The Malefemale House addresses the issue solely through its distinctive architecture—stairs, both functionally and structurally with feasibility and openness, simplicity and novelty simultaneously. Placed at the centre of each floor – connecting floors to floors – stairs divide the living space on the South from the service area such as a laundry room, a bathroom and a dressing room on the North. Furthermore, stairs complete the circulation in connection with the service area, resulting that a simple yet functional circulation enriches the spatial experience. The second floor (living room) and third floor (bedroom) are planned accordingly in the same spatial area. Although hierarchy and privacy between spaces are loosely set, an independent bathroom on each floor implicitly turns the living room into a space for the man, the bedroom a space for the woman. Materials such as the turquoise marble wall in the living room and the cherry wood wall in the bedroom are a conventional and symbolic gesture to represent the characteristics of the space. The façades of the South and the North, which show the symmetrical quality of the interior space, represent a different gender respectively. Malefemale House, which hints at a Baroque cathedral, appears as a cute miniature due to the imbalance between typical style and its scale. 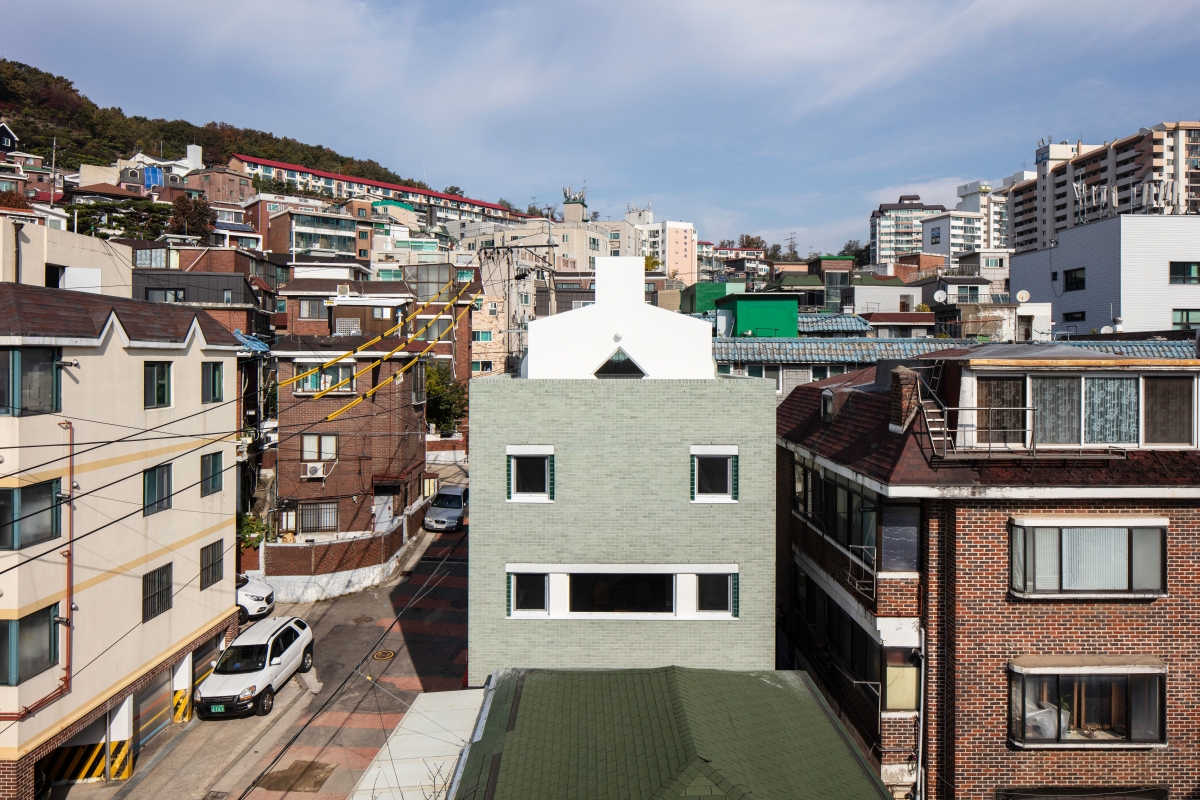 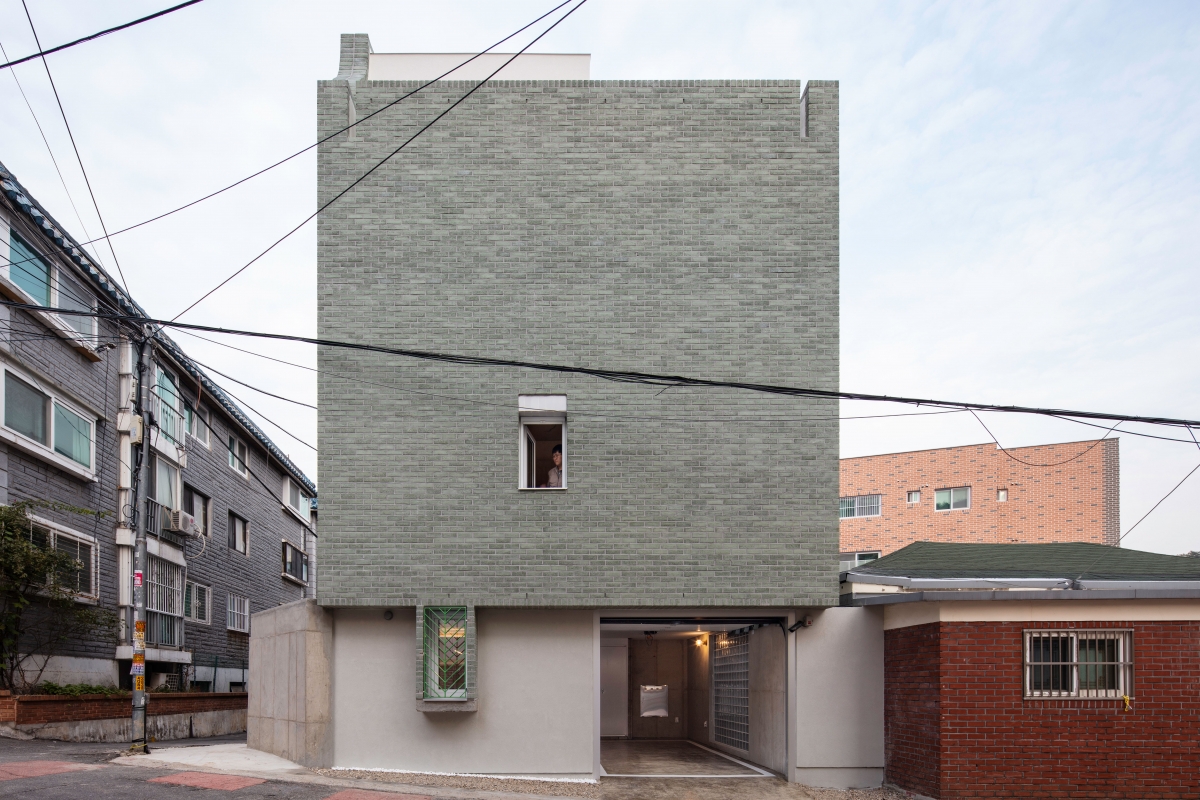 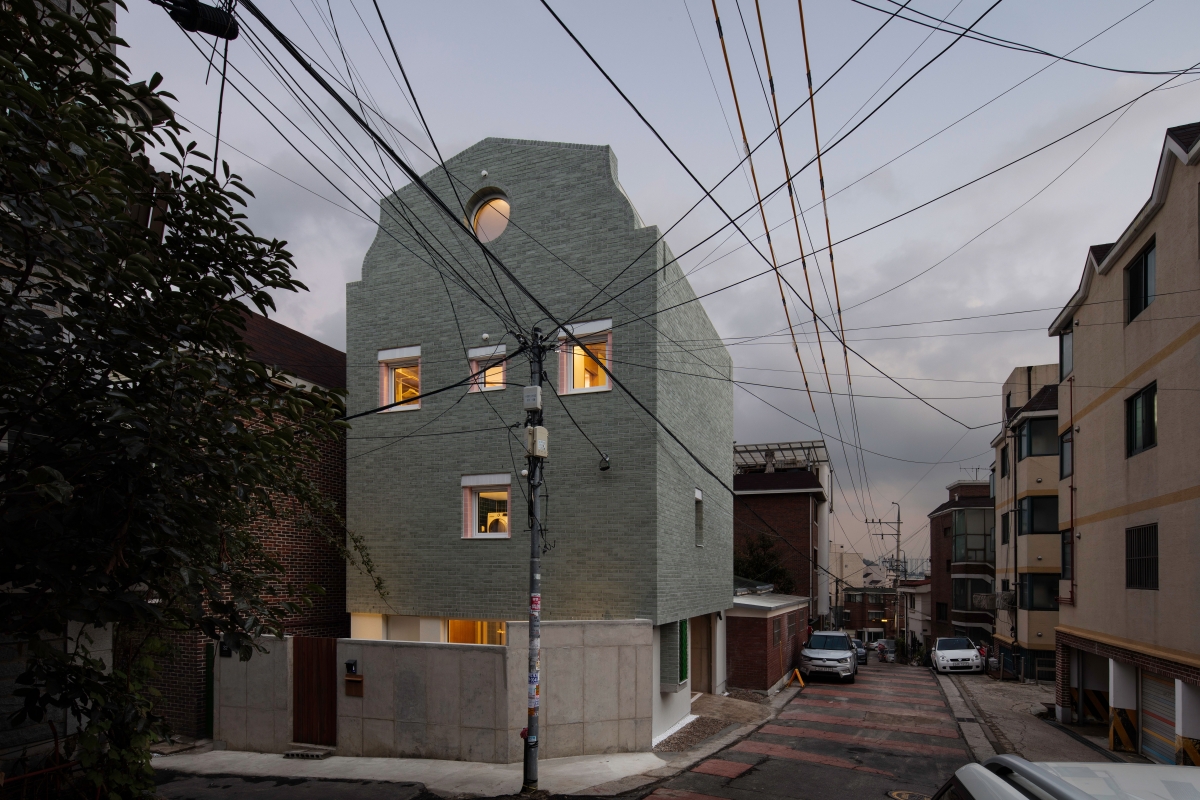 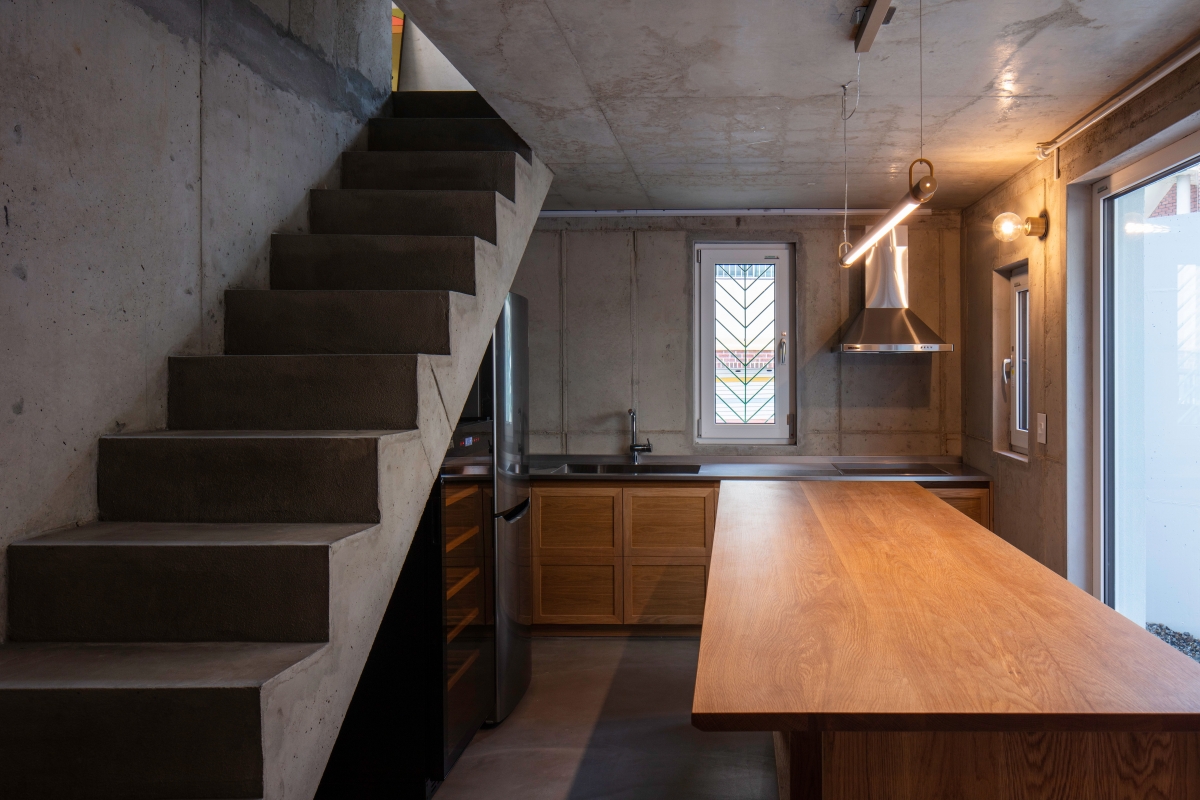 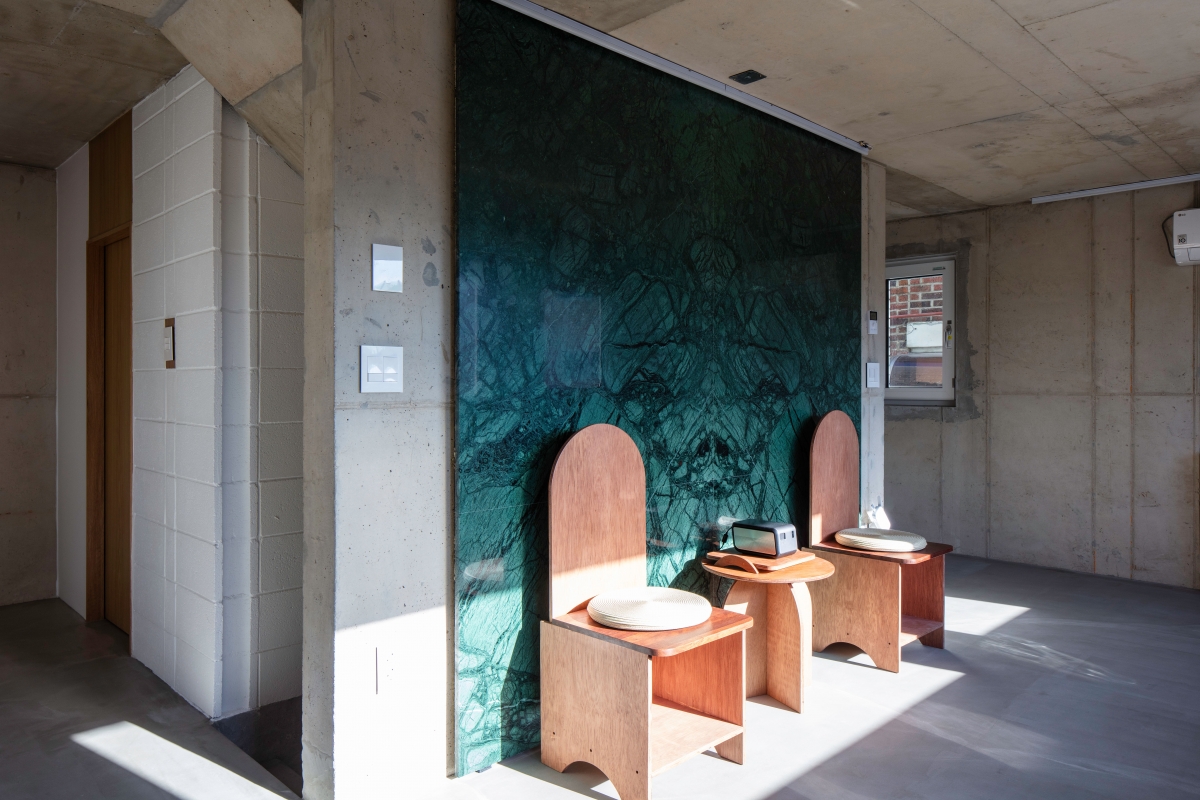 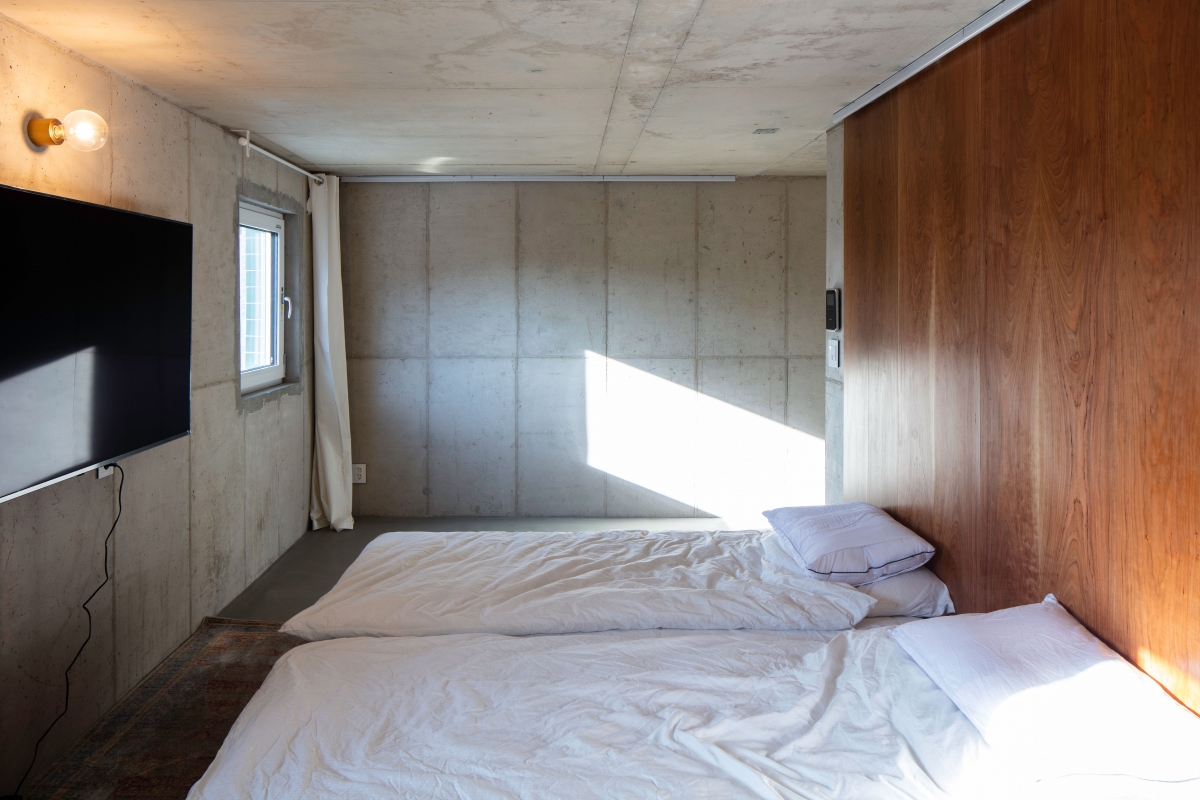 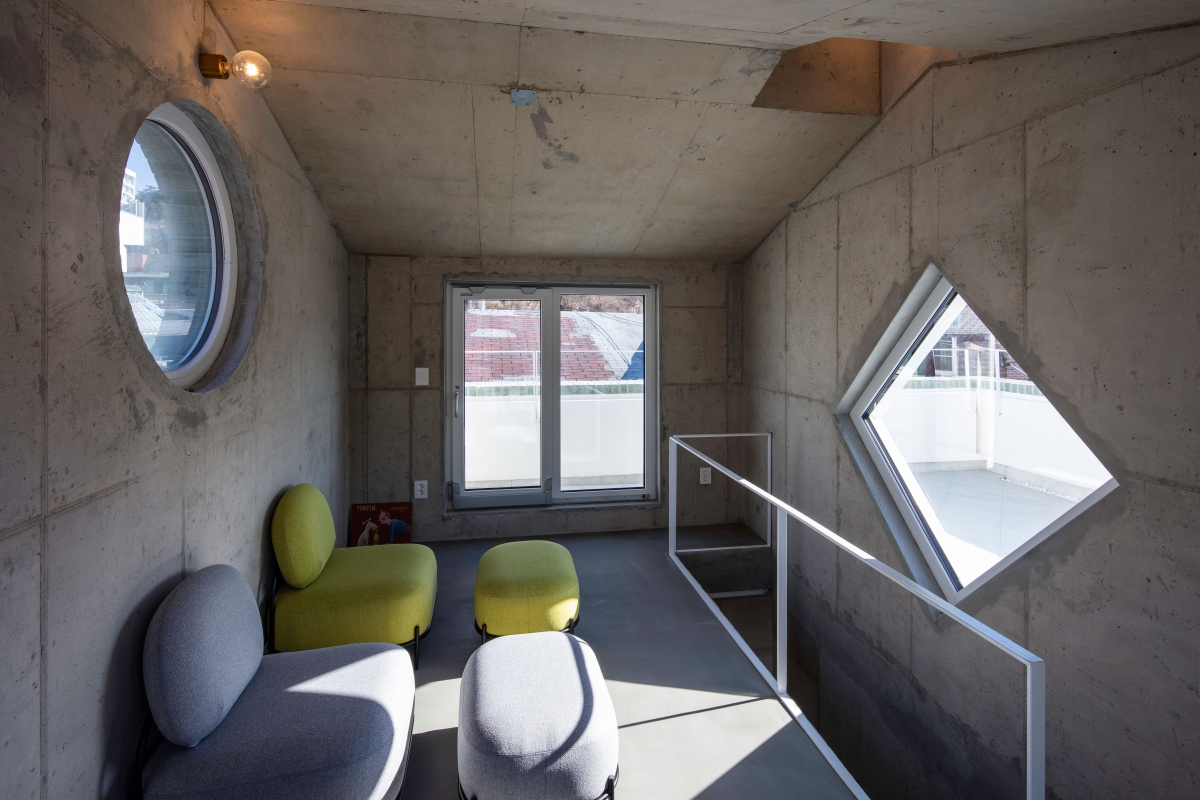 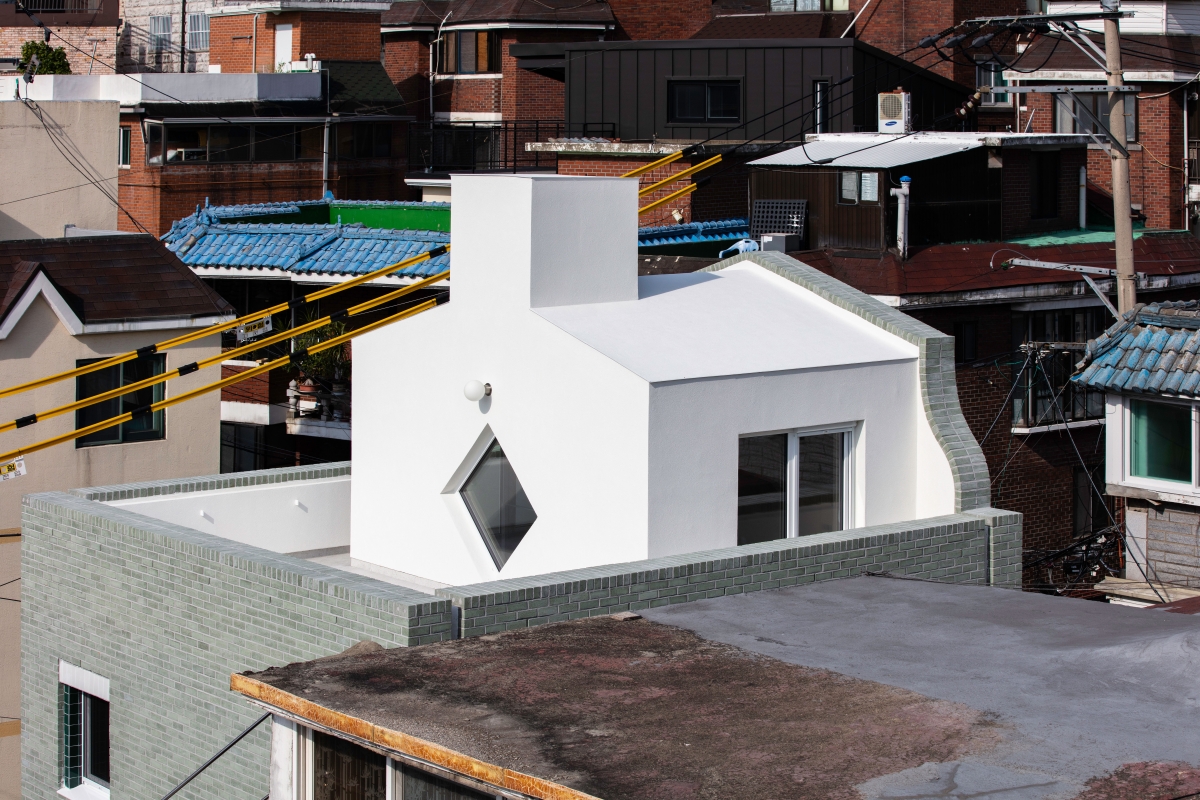 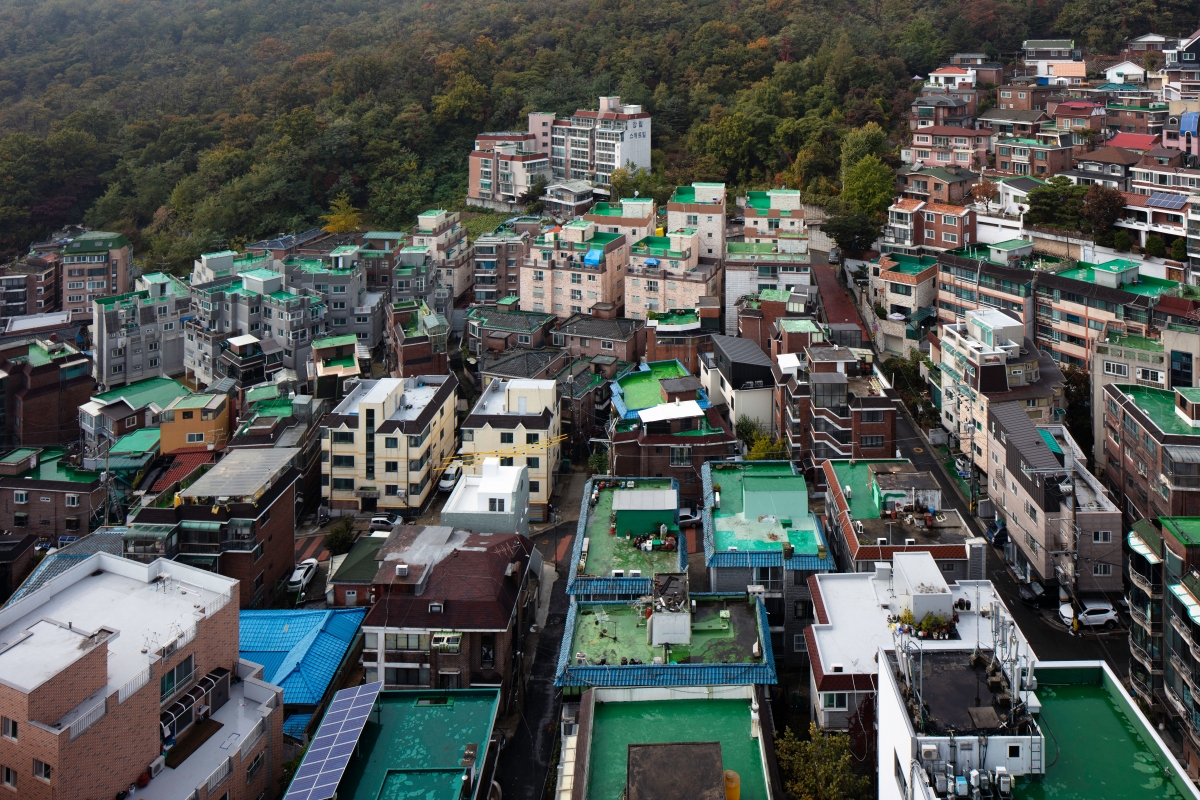 Suh Jaewon, Lee Euihaing
aoa architects was established in 2013 by Suh Jaewon and Lee Euihaing. Rather than interrogating metadiscourse in architecture, they focus their attention on the meaning and construction of architecture itself and seek new ways of communicating with architecture and society. In 2017, they won the Korean Young Architect Award, announced as the winner of the ‘Remarkable Korean Young Architect’ category. Suh Jaewon is a registered architect in Korea. He serves as a Public Architect of Seoul and an adjunct professor at Hanyang University. Lee Euihaing is a member of the Swiss Society of Engineers and Architects (MSc ETH Arch / SIA) and an adjunct professor at Dankook University.
No.625 December 2019 architecture architect aoa architects Suh Jaewon Lee Euihaing gender privacy stairs façade single house circulation
LIST
bookmark_border
favorite_border
21