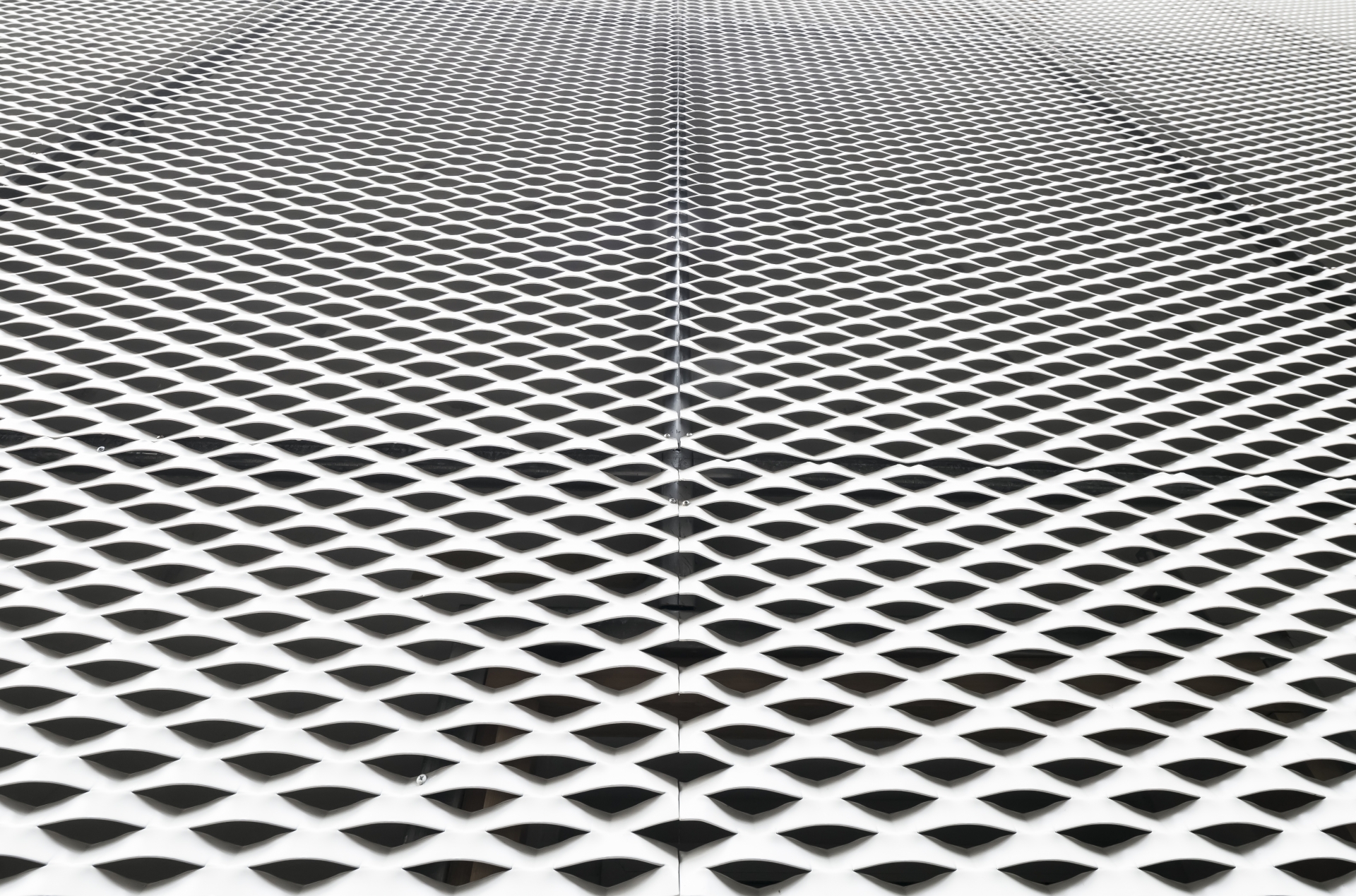 The lower half of the site located at the foot of Bukhansan is surrounded by buildings to its left and right and stonework to its back. The original site level possessed unfavourable conditions for good natural air circulation and exposure to daylight. In this situation, the main design direction was dedicated to the third-floor space below the roof. The third-floor space was composed of a wide external deck and a small room. Most of the side wall of the external deck were set aside to allow for a panoramic view of Bukhansan. The roof was covered with a transparent Lexan to allow the penetration of light while blocking out the rain, and a layer of expanded metal was added to draw in the light to extend the atmosphere of the forest depths into the inner roof space. It intended to overcome the disadvantages of the original site by drawing in the cool air from the forest at the back of the site, encouraging it to enter and leave the part of the building facing towards the city into the interior.

The demands of those occupying the building –  a couple and two children – were readily incorporated into the positioning of the residential programme. The master bedroom for the couple who were planning to settle down for the rest of their lives was equipped with a separate bathroom, while two smaller bedrooms of same form and plane were positioned next to each another. In case of a need for future expansion, the wall between the two smaller bedrooms has been designed as a non-load bearing wall. The three bedrooms share a deck, and by aligning them on the second floor, each room was given access to the view of the foot of Bukhansan. Furthermore, a multi-purpose space that can be used as a small office space was placed on the third floor for the client, who works for various businesses. 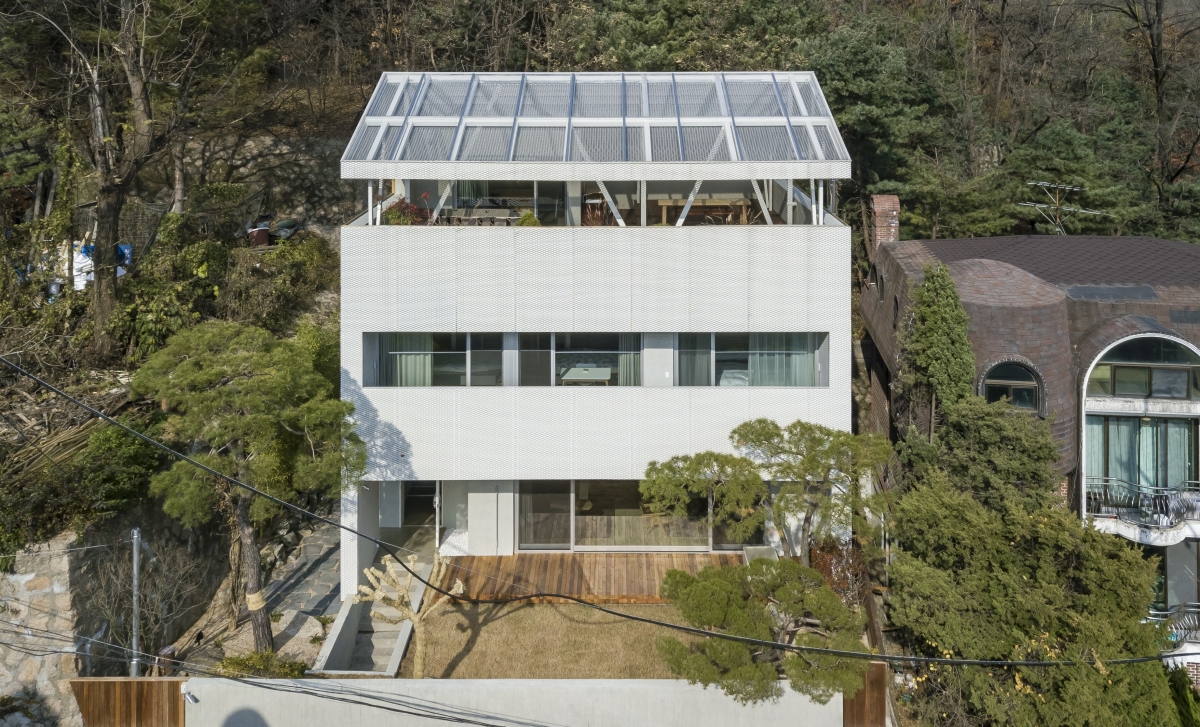 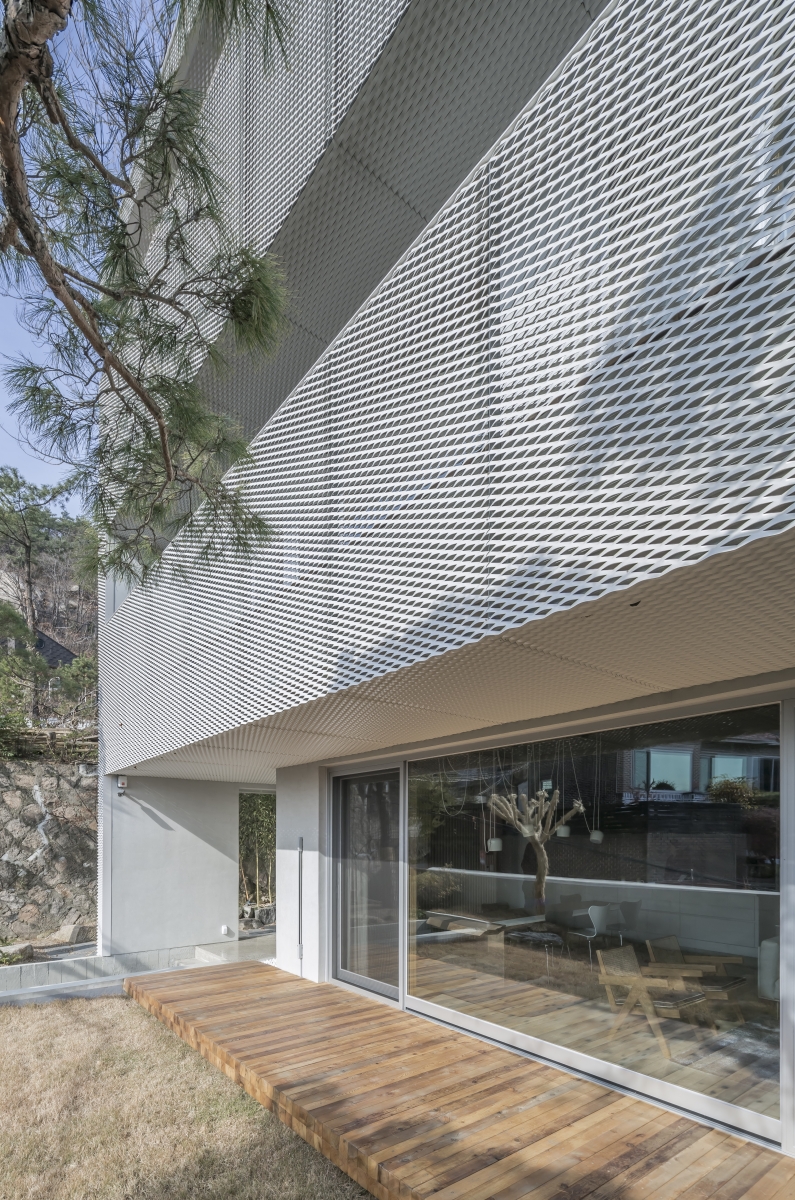 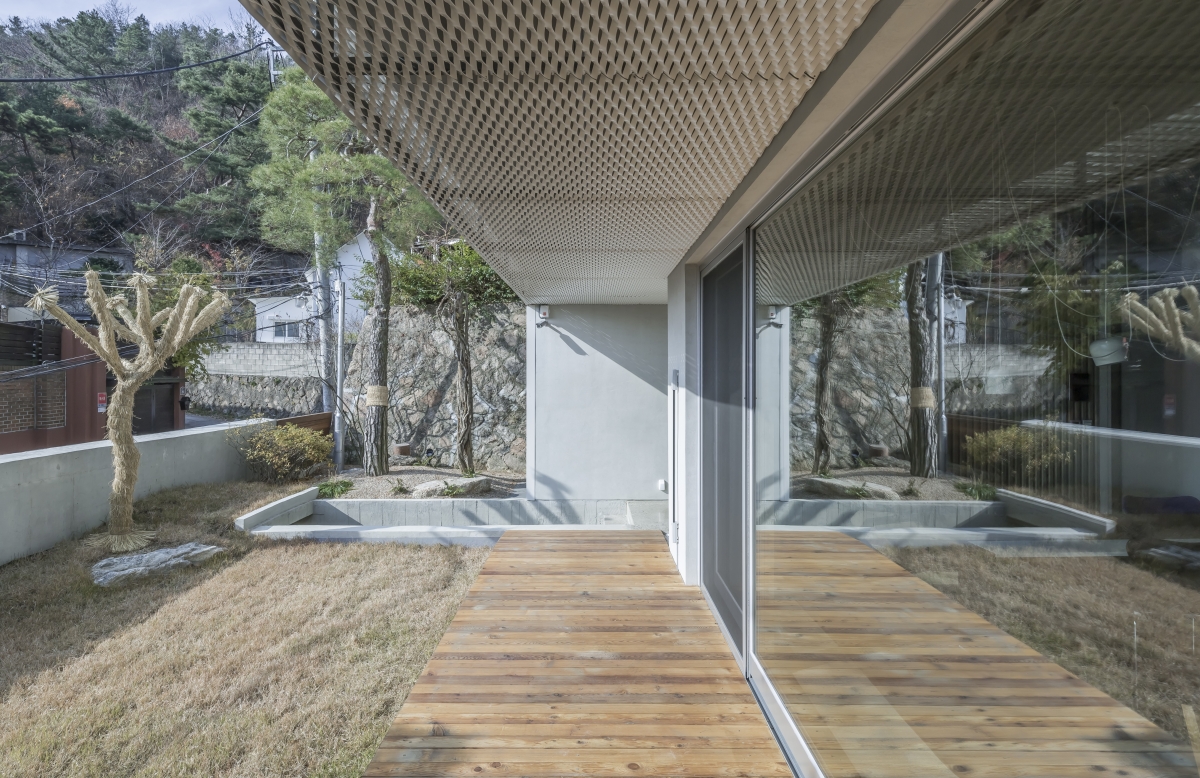 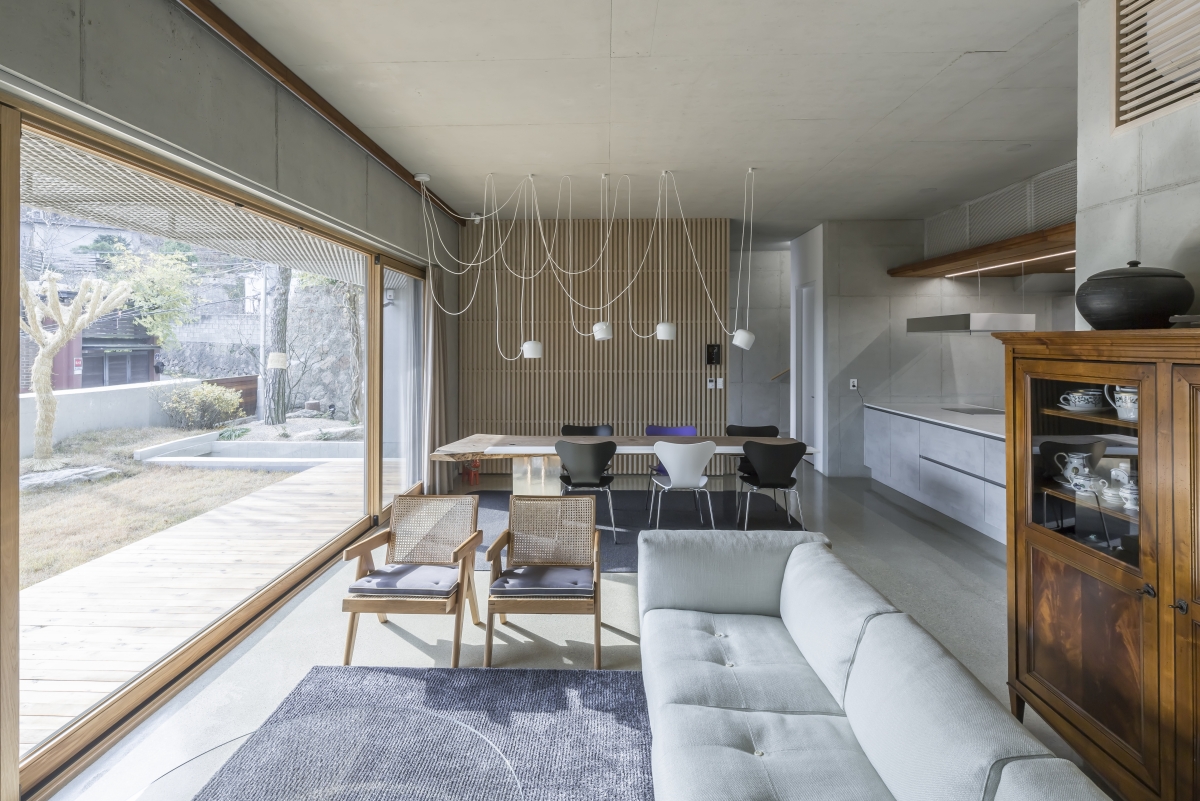 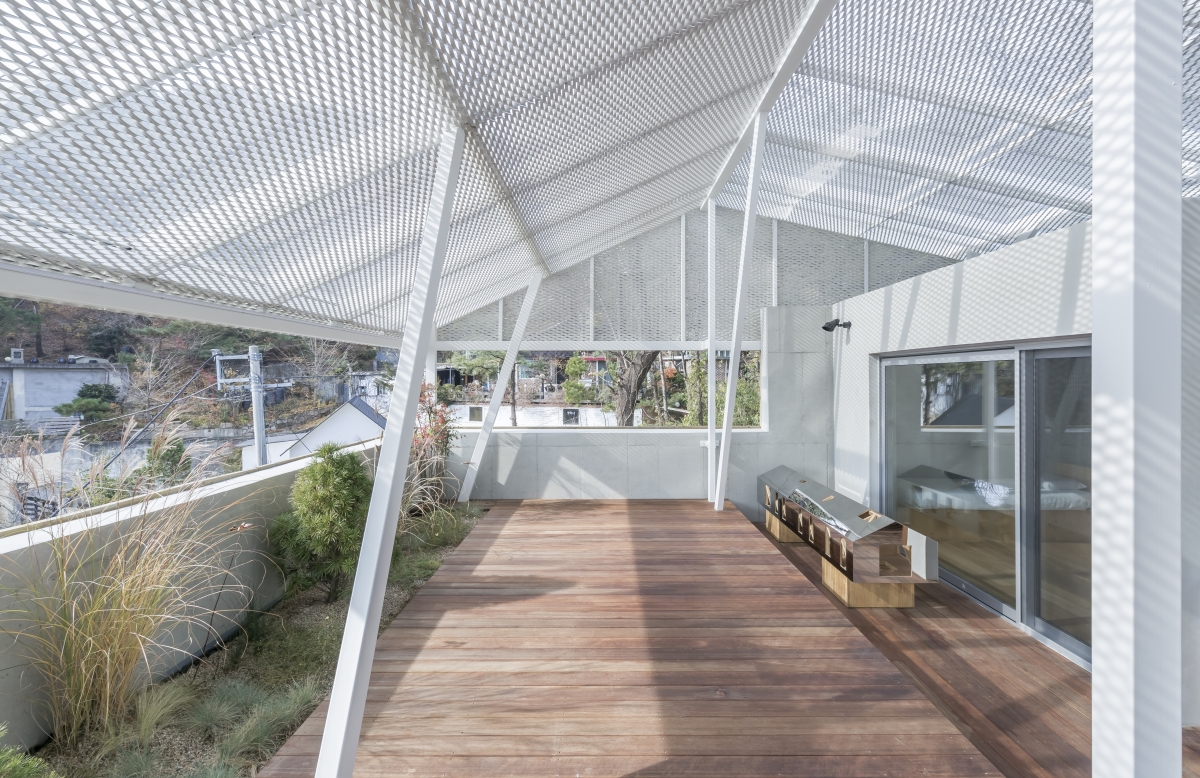 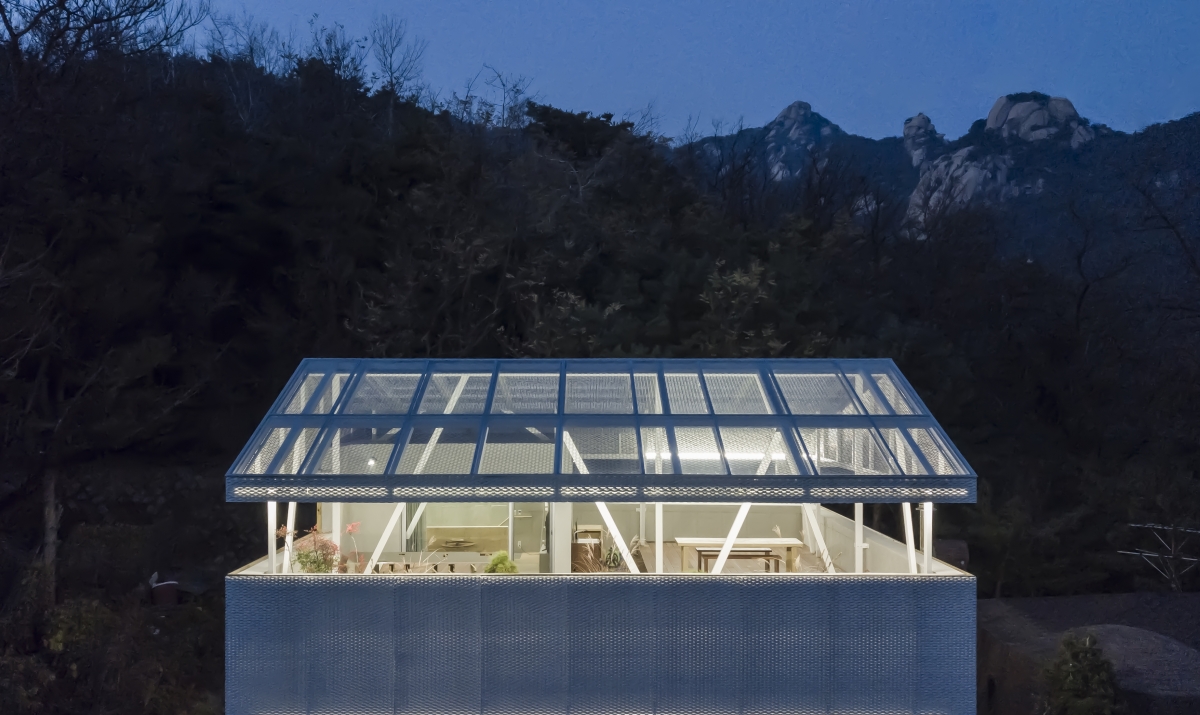