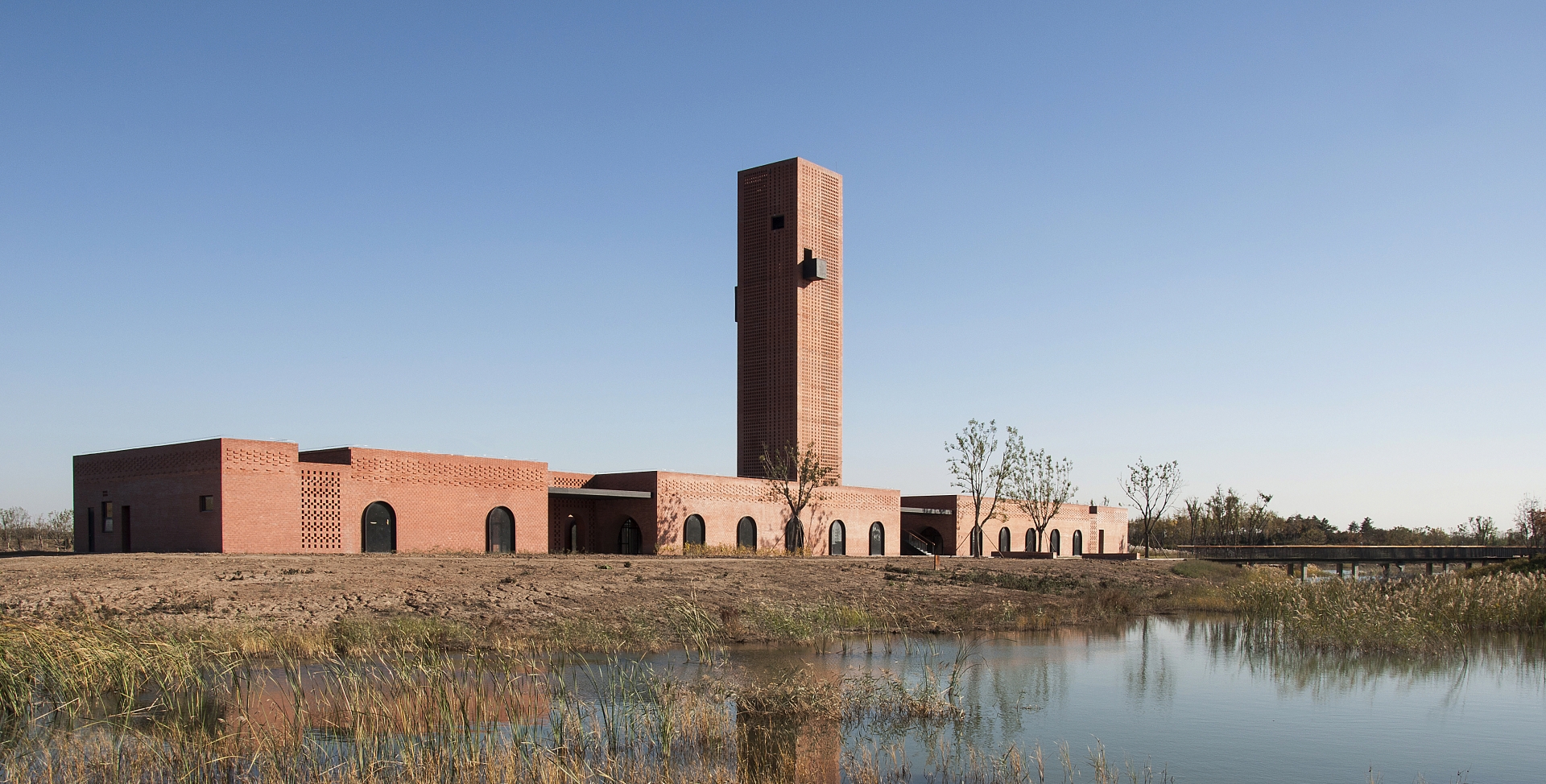 Respecting the History of a Site

Lee Sungje (Lee): I would like to know about the background to the project.

Oscar Ko (Ko): In the south of the city of Hengshui, there was once a wetland into which local factories used to drain their sewage. In an effort to improve the environmental and air qualities of the city, the local government made a plan to convert the former wetland into a botanical park. Tower of Bricks is an exhibition facility inside the park. The botanical art centre is located on an island in the central area of the park. It is mainly an exhibition space for ceramics and floral art in the botanical park.

Lee: The art centre is built on the former site of a brick kiln. However, these industrial buildings had been demolished, and in the earliest phases of the project the site was left empty. It means that you were able to design new and fresh architecture.

Ko: Chinese cities have been undergoing the process of rapid urbanisation in recent years. The city of today would look drastically different from that of yesterday. People quickly forget about things that take place in the city, overtaken by new things. The industrial past of the site and its surrounding region witnessed this progress of urbanization. Therefore it is important to let citizens remember the history of the place as part of a process of urban evolution.

The permanence of architecture is the best way of helping people to recall the history of a place. The site itself doesn’t have a rich and layered history. The only relic of the past was the brick kiln. Therefore, from the very beginning we decided that bricks would be used as the main building material, as we believed that bricks will create the most powerful visual and mental effect on describing that industrial past. The abstract representation of the spatial structure of the former brick kiln came in the second place, when we decided that this would create the most direct link to history and when telling the history of the site.

Lee: I would like to hear more about the former industrial buildings such as building size, space configuration.

Ko: The former industrial building is a typical Hoffman kiln found in the Northern region of China, the size of which is about 1,925m².The height of the chimney is about 57m. It has a ring of vaulted space surrounding the burning chamber which connects to the chimney. The vaulted space itself is for the storage of bricks.

Lee: An observatory tower with terraces was installed in the centre of the building, providing views of the surrounding area.

Ko: The location of the terraces has a relationship to what is to be seen. The taller viewing terrace actually offers a view towards the city centre while the lower viewing terraces face towards scenery within the botanical park, such as the lake.

Lee: Standing at ground level on this flat and low site, the observatory tower gives an overwhelming impression. Some people might conclude that it spoils the peaceful and serene atmosphere of the site.

Ko: The scenery of the site is definitely beautiful and serene. The observatory tower didn’t mean to interfere with this atmosphere. The wetland site was historically occupied by a chimney. So in that regard, we consider the new tower to be an abstract representation of the old chimney but equipped with a new function. So it is the historical reference that forms the ground for placing a tower on the site.

Lee: Galleries and restaurants are placed around the looped, vaulted space of the central courtyard.

The main entrance to the building is in the central area and therefore the gallery space is adjacent to the entrance lobby for ease of access. The restaurants are further separated from the galleries by courtyards, which means that people have to leave the galleries and enter a buffer zone before arriving at the restaurant space.

Ko: The courtyards function as the entrance to the galleries and restaurants as well as the inner courtyard. Traditionally a kiln is a very introverted structure, with a clear boundary between the outside and inside. The insertion of courtyards into the vaulted space intends to blur the boundaries between outside and inside. The insertion of a courtyard also serves as a space that separates the different programmes such as the restaurant and the gallery.

Ko: There are several kinds of stacking patterns that we have developed in the project. Basically they fall in two big categories: one is to create porosity while the other does not. The idea to create a more porous impression emerged from the aim of bringing light, translucency and extended views into what lies behind. 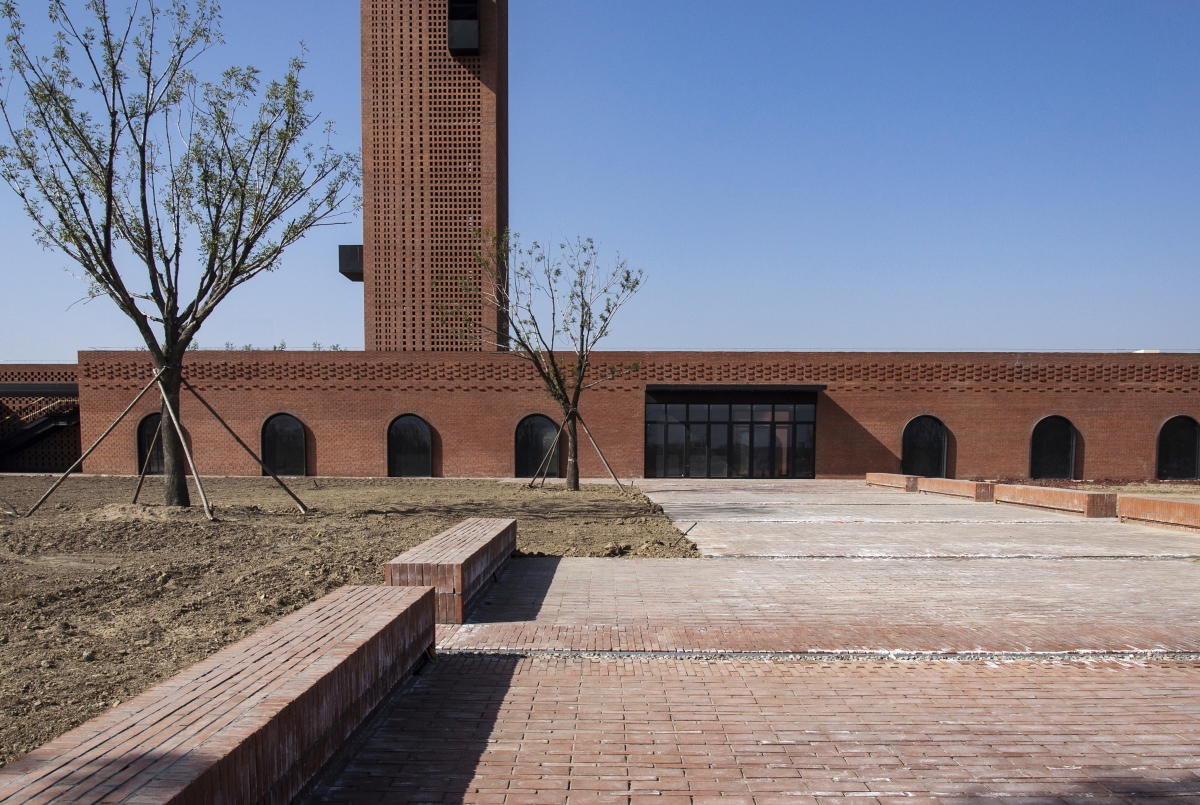 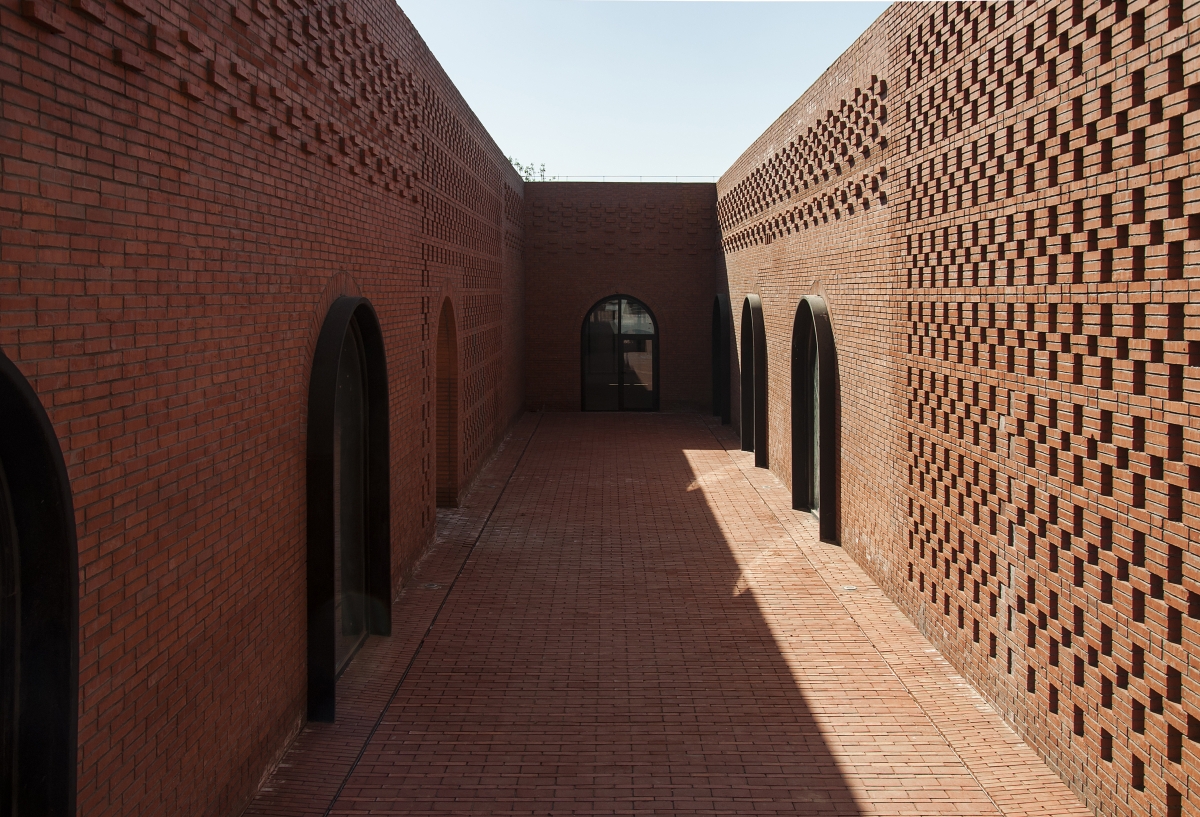 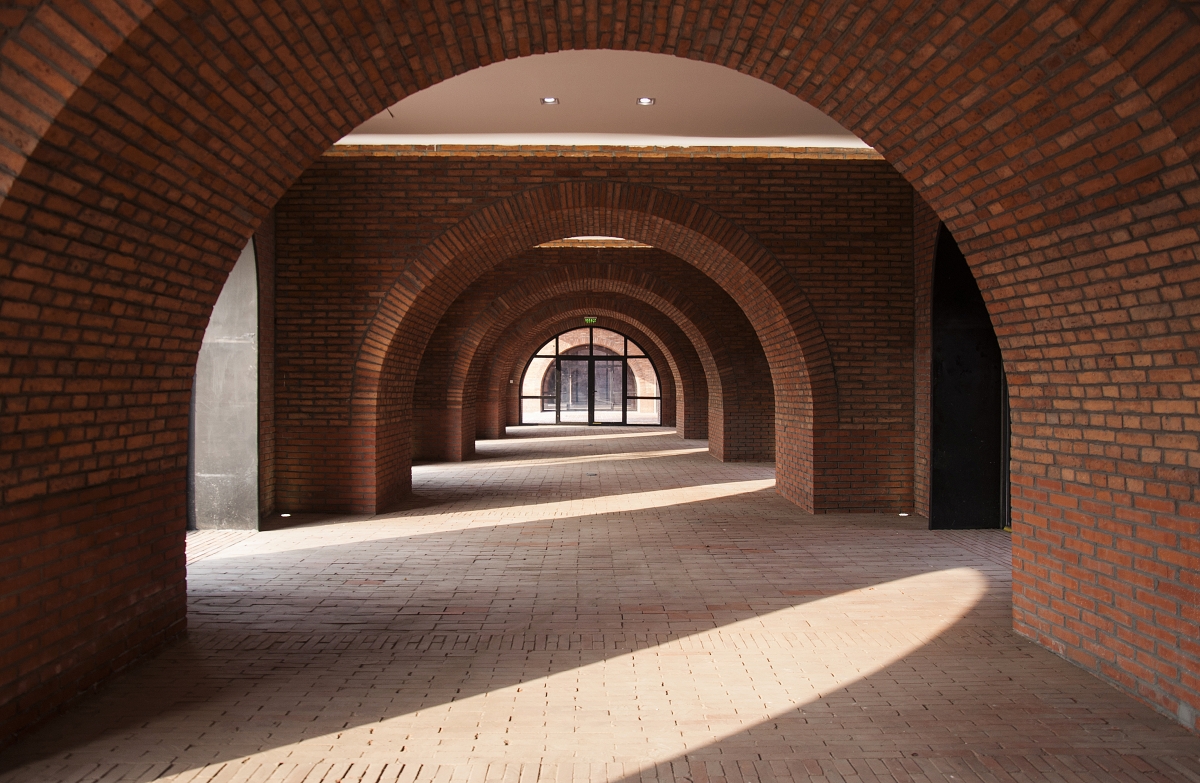 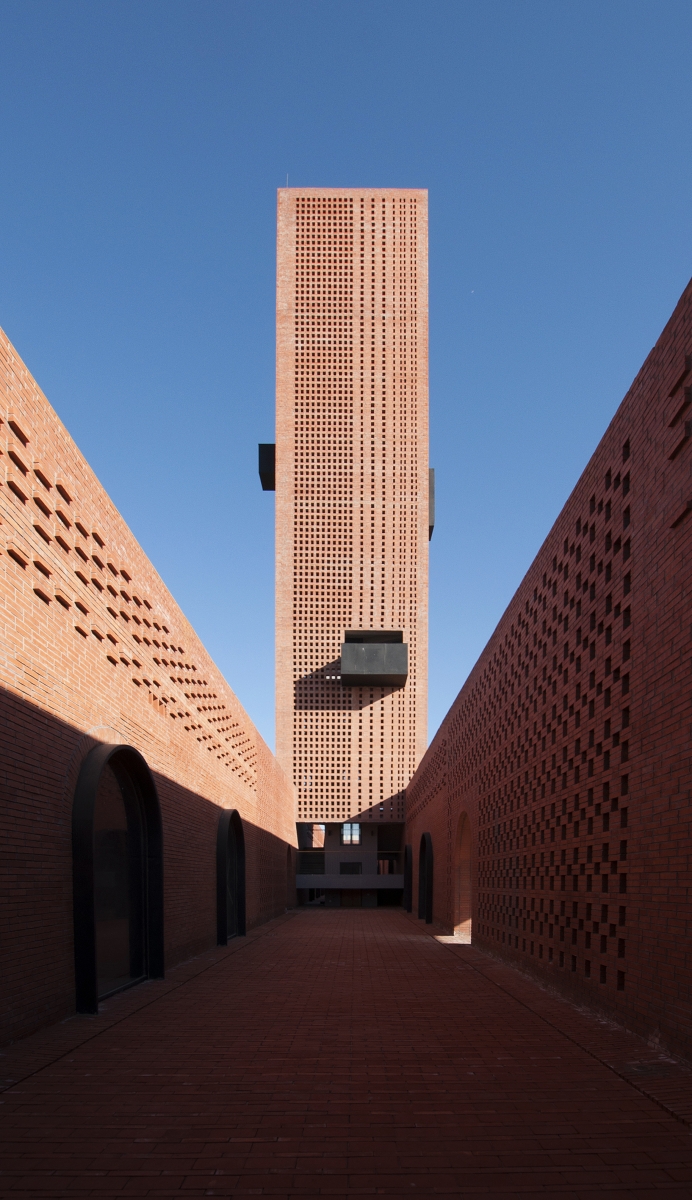