A Home for Both the Young Parents and their Children

There is an image that comes to mind when we talk of a house where children live and a house in Pyeongchang-dong. We built a home that transcends both stereotypes. We tried to conceive a place that simultaneously offers simple room for adults to live and spaces as well as circulations children can like, play, and grow; a home where children can bear witness to their parents’ happiness and later mirror that happiness in their adulthood; a dignified and comfortable home for adults with kind gestures toward children (Low windows and basins, spacious bathtubs, interesting circulations, varying distances between the ceiling and the floor etc.) spread across the premises.

A Dynamic Rhythm Cutting through the Calm

The gravitas of the building mass created by controlled lines, acute and obtuse angles, circles, and diagonals bestows upon its viewer a sense of both tranquility and robustness. The round edge that gently curves near the entrance where the two paths meet is juxtaposed with the angled elevation of the opposing end. The contrast allows for different experience for the pathways leading into different directions. The gable roof flowing toward the round edge adds to the tranquil building an inviting cadence. Each of the rooms’ balconies simultaneously serves as mediums to the outside world and allows for controlled interactions sans privacy intrusions. Windows of various shapes and forms rid the building of a sense of confinement while conferring a sense of openness. Meanwhile, window frames edged with anything from obtuse angles to curves create rhythms that lure laymen’s view. 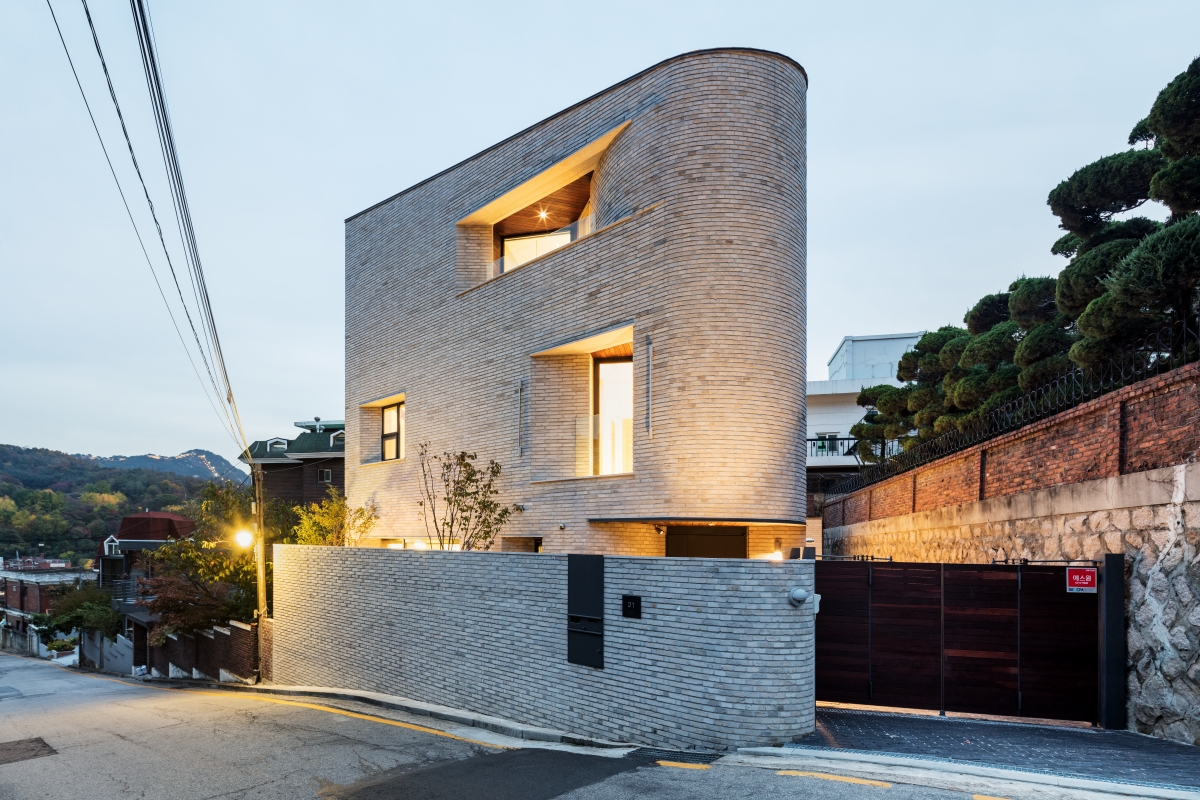 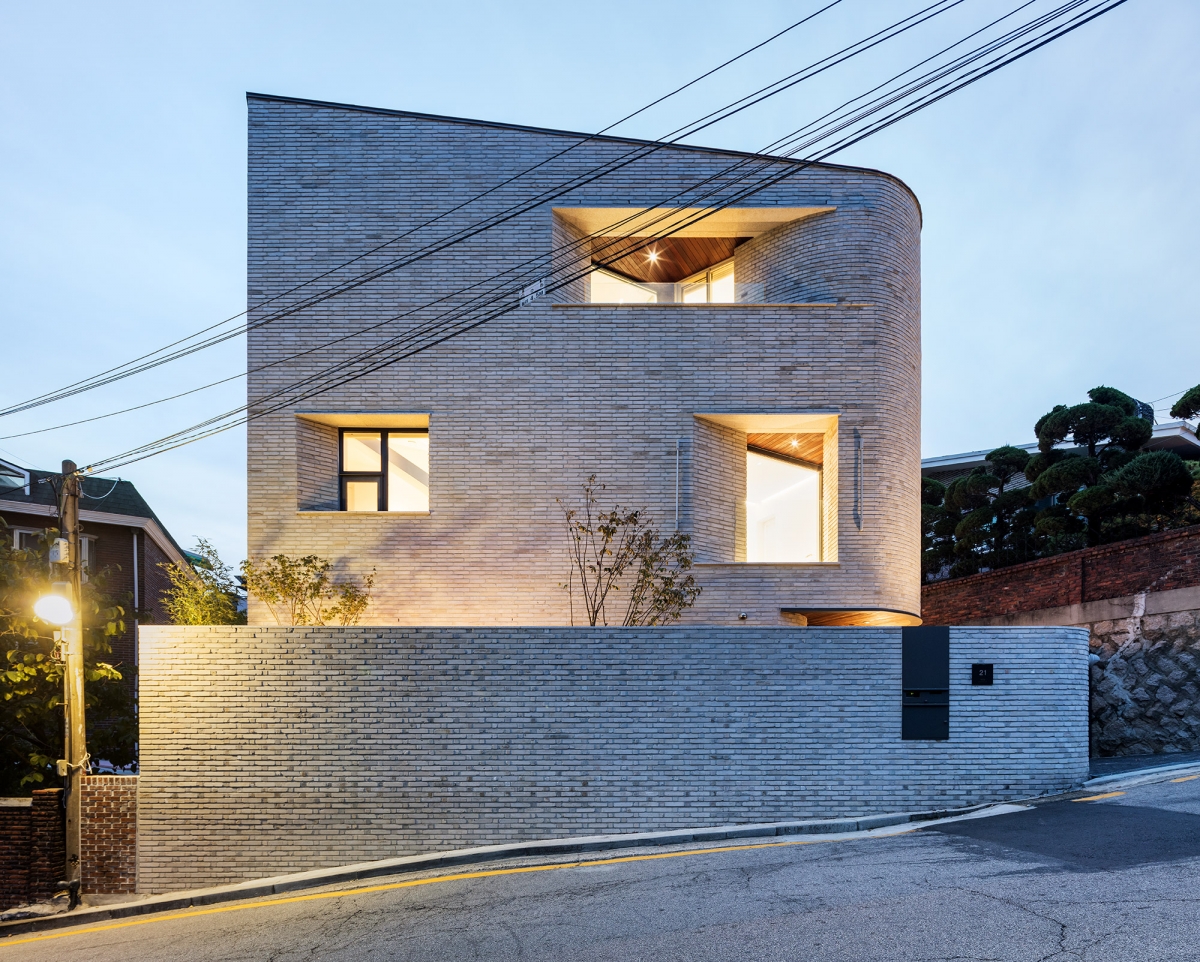 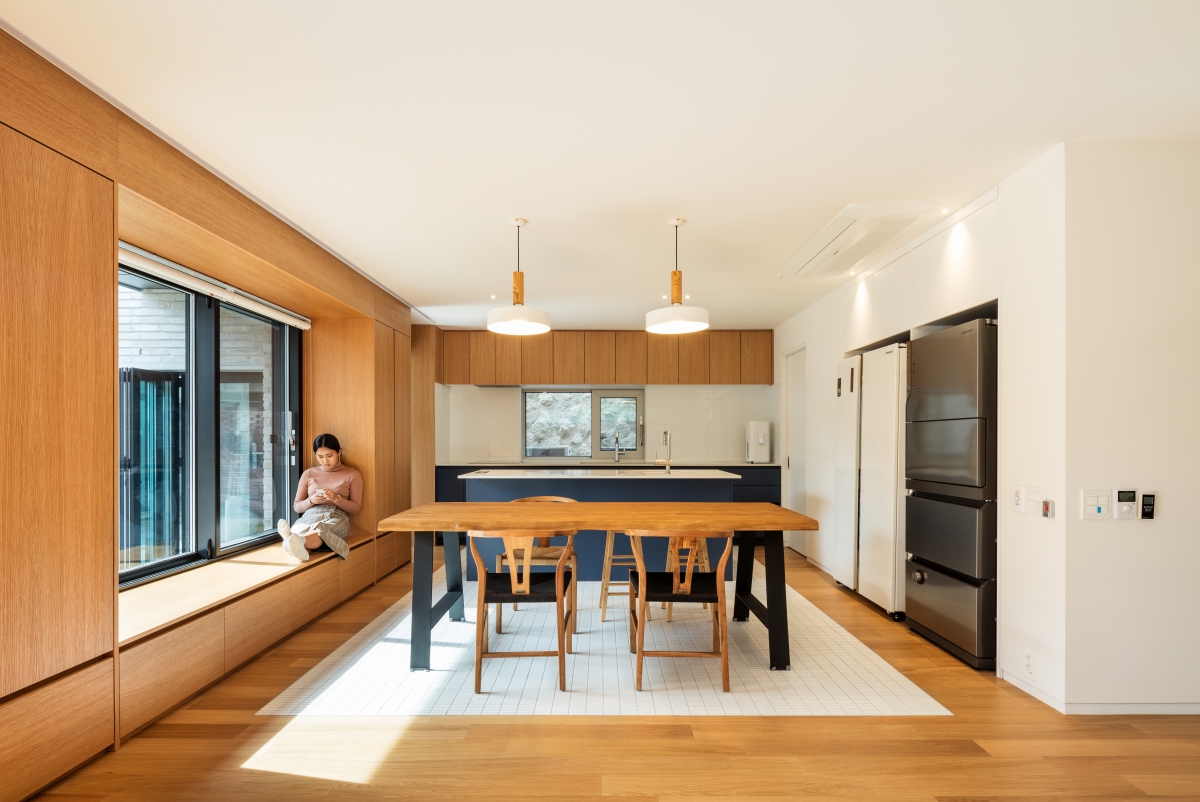 Freedoms that the Terraces Give to the Users

The numerous terraces within the residence are not only mediums that connect the inside and the outside world, but are also venues that offer new range of choices to the user. 70% of the biggest terrace in the second floor master bedroom is formed with blank patterned brick wall. As such, the transparency can be adjusted so that the user may enjoy short respites like coffee breaks or reading.  The terrace of the child’s room in the second floor is half enclosed by walls. The walls protect the user’s privacy by obstructing foreign line of sight while giving users the freedom to choose their view. The 3rd floor terrace is adjacent to the bathroom window and the guestroom. The bathroom, where spaceconstraints made installation of a window difficult, is opened up thanks to that choice. Furthermore, the terrace that reveals the angle created by two walls make the outside viewers look up with interest. Finally, the third floor terrace, the largest terrace of the residence, offers a wide open view to those who elected to reach the terrace via the flight of stairs. As the yard is in full view of the said terrace, users may watch their children roam, flowers blooming in spring, stars sparkling during summer, leaves ablaze in fall, and snowflakes during winter. The space is untethered by space or a specific activity for the user. 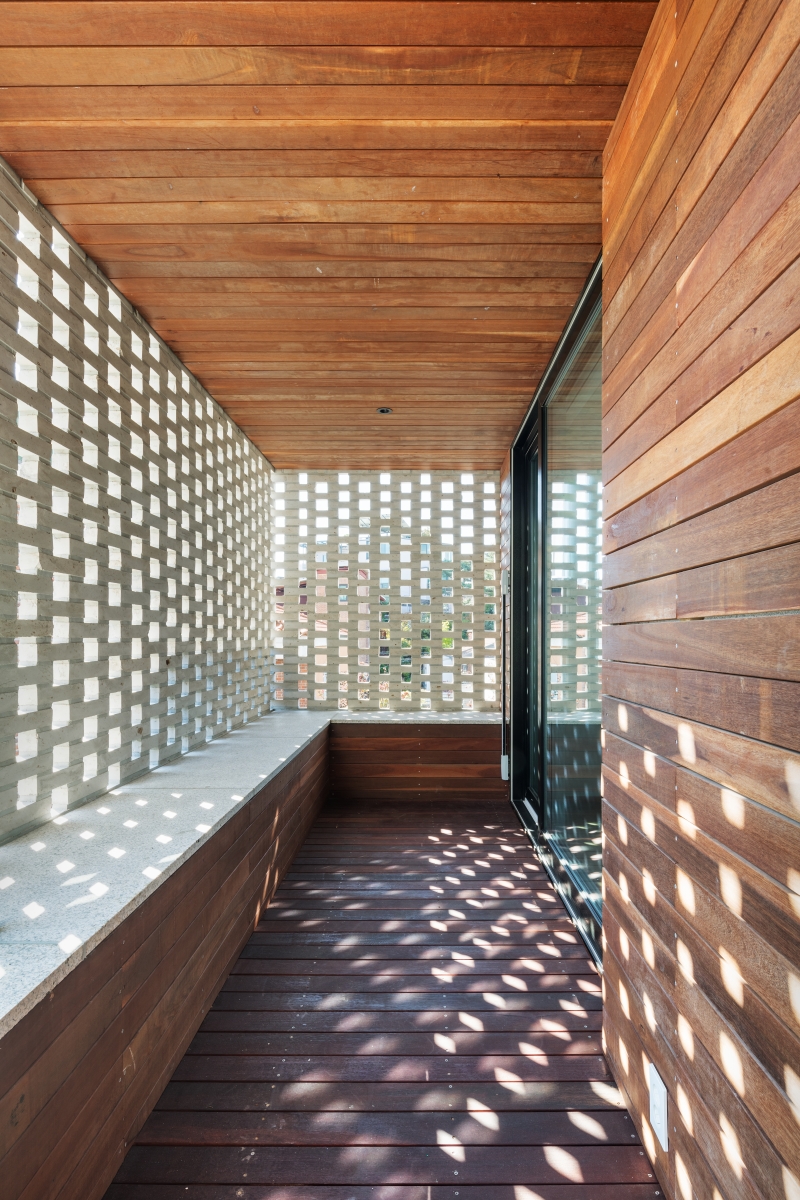 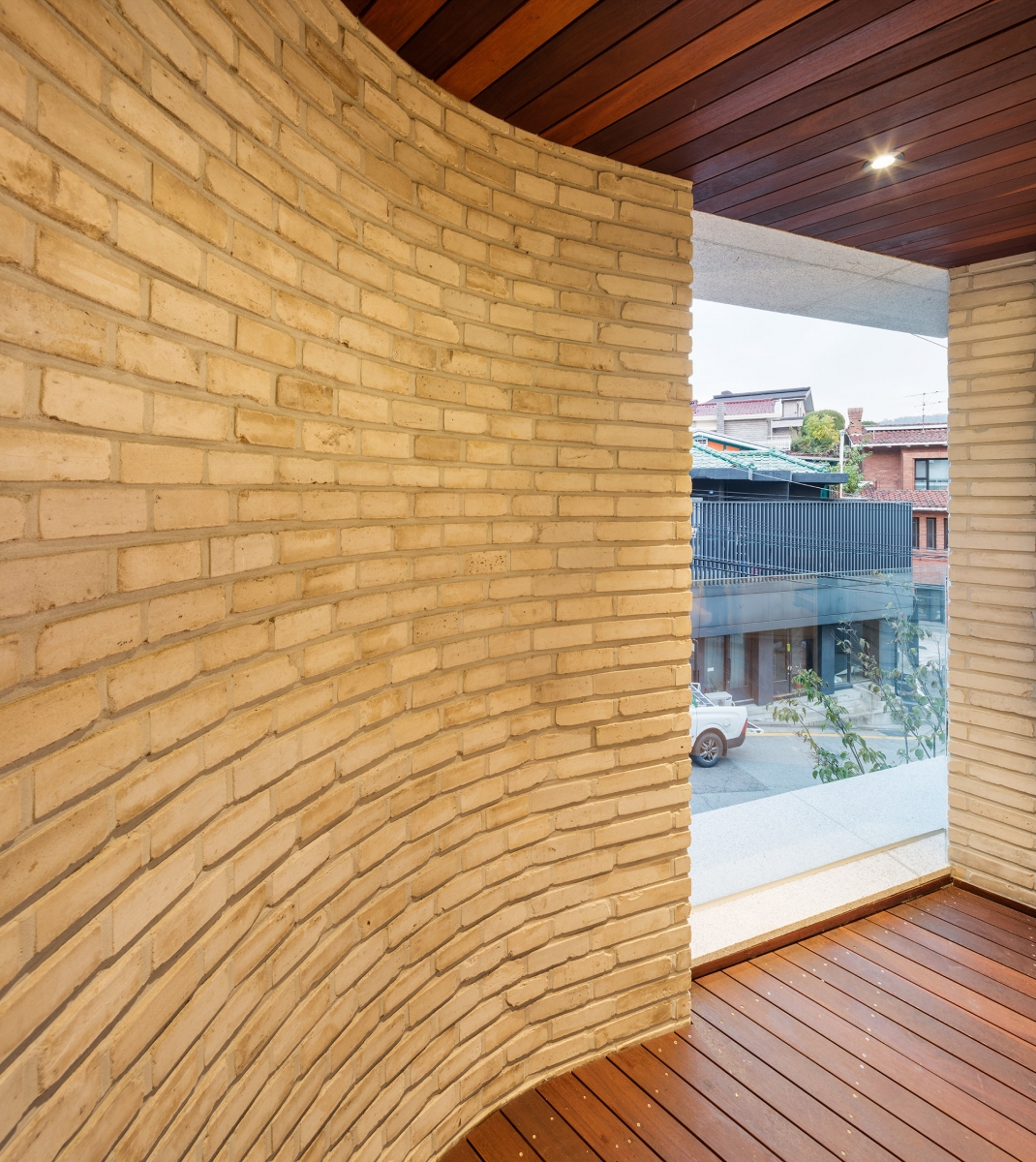 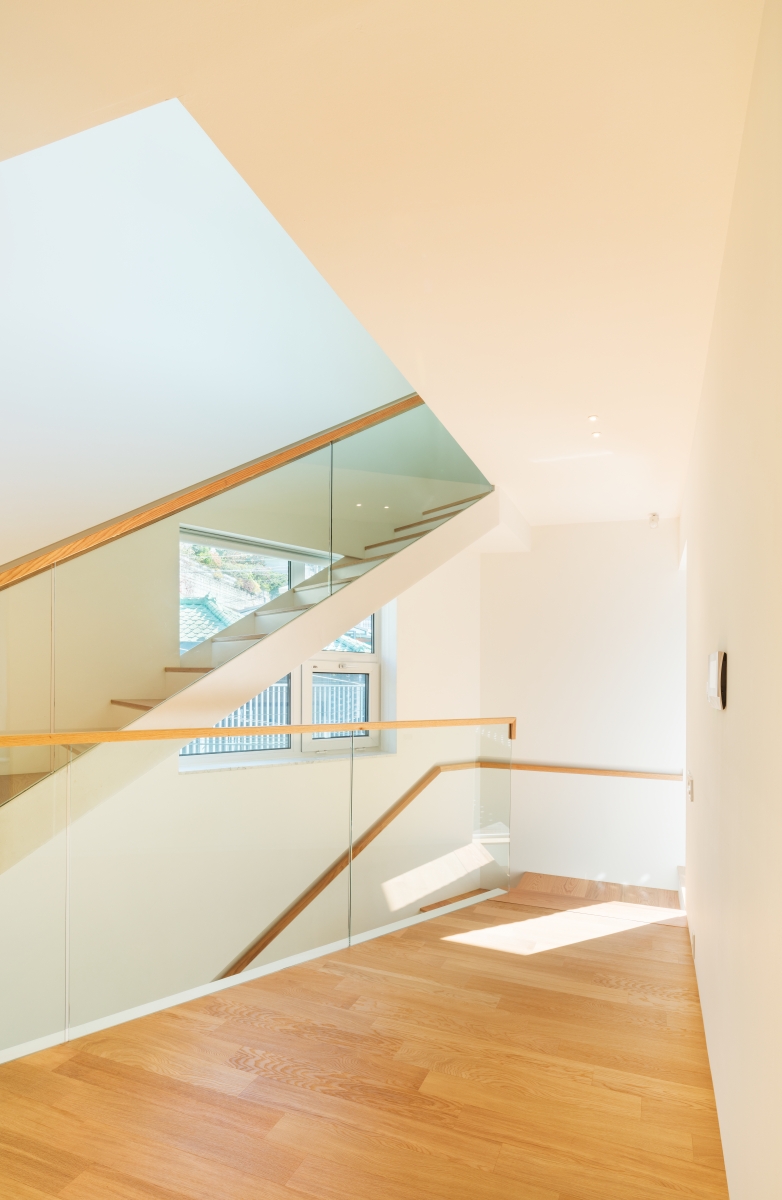 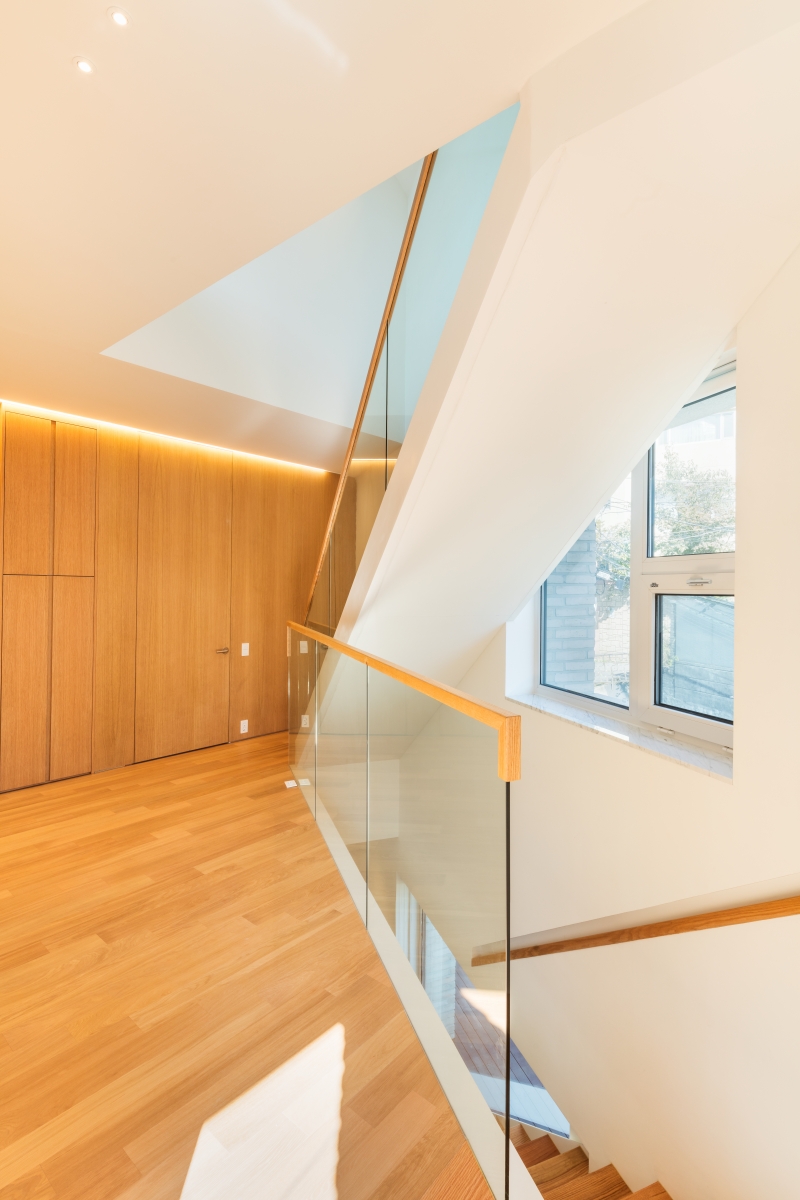 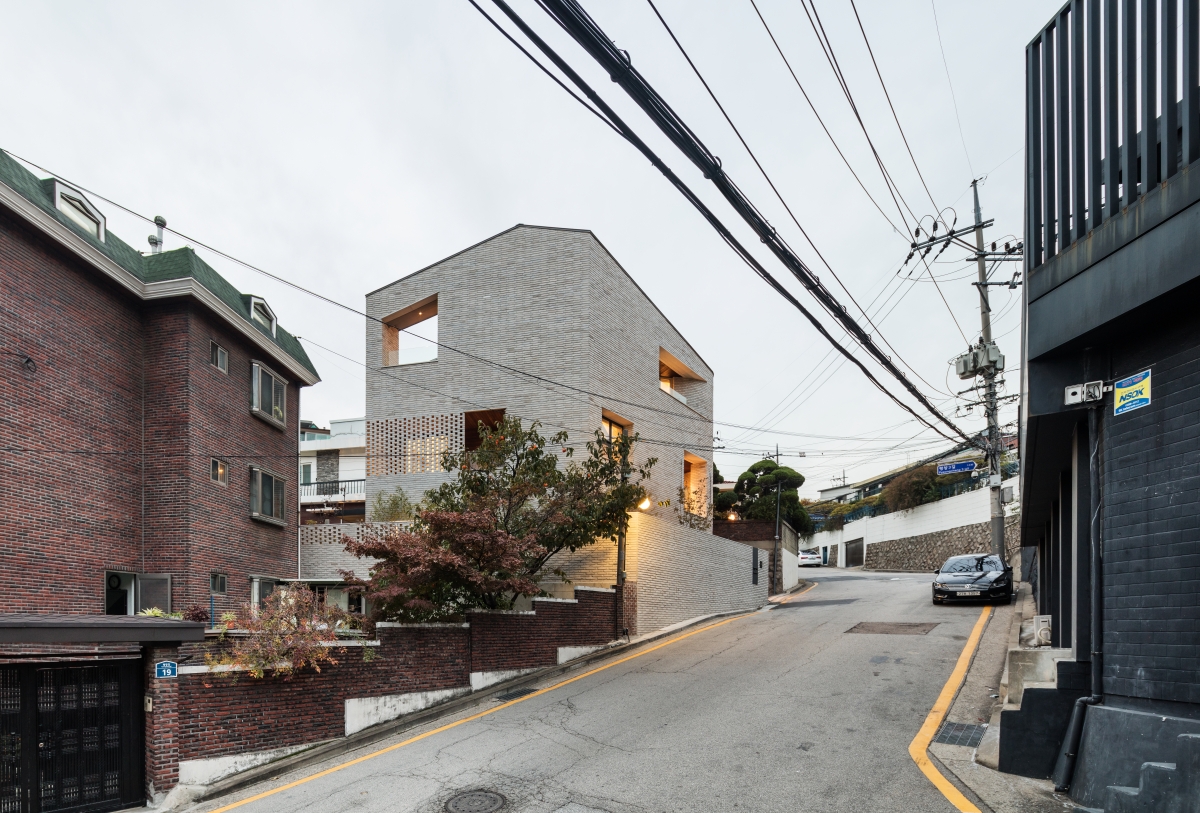 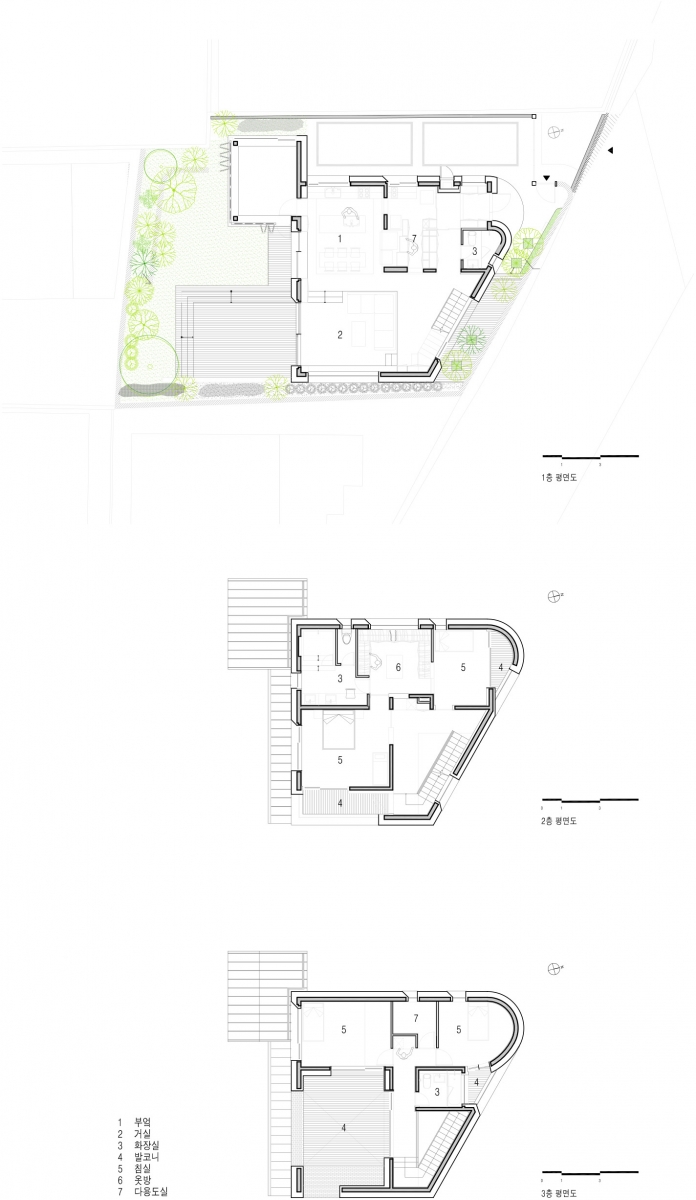 white finish paints on gypsum board

Hyonseok Kim
Hyonseok Kim graduated from the department of architecture at Yonsei University and École nationale supérieure d'architecture de Paris-La Villette (ENSAPLV). He practiced in Atelers Lion working on various projects in many countries and city planning projects. After the establishment of June Architects in 2012, he is a public architect at the Seoul Metropolitan Government and an adjunct professor at Yonsei University. He was awarded the ‘Young Architects Award’ in 2016 and the ‘Architectural Critics Association Award’ in 2018.
LIST
bookmark_border
favorite_border
94