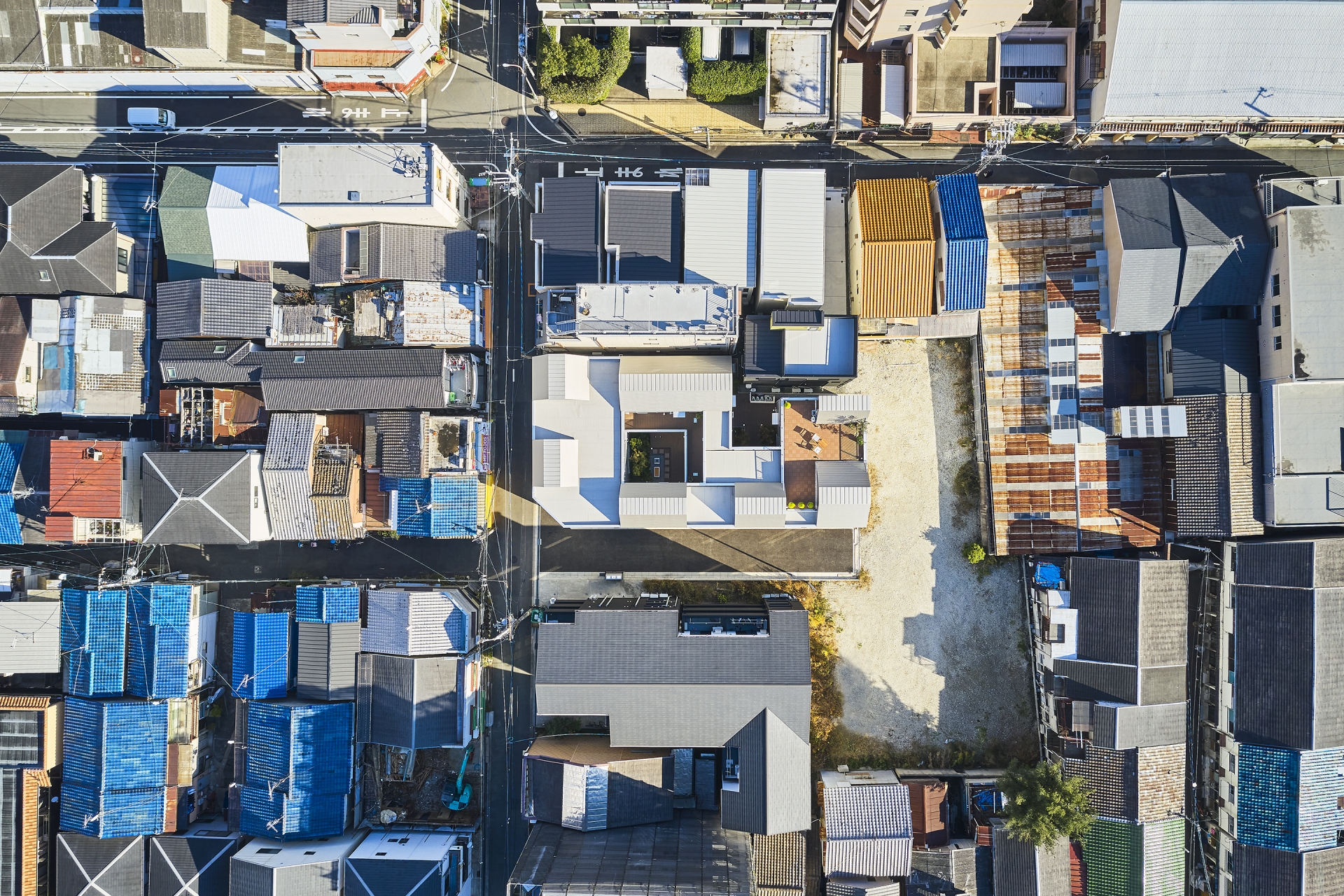 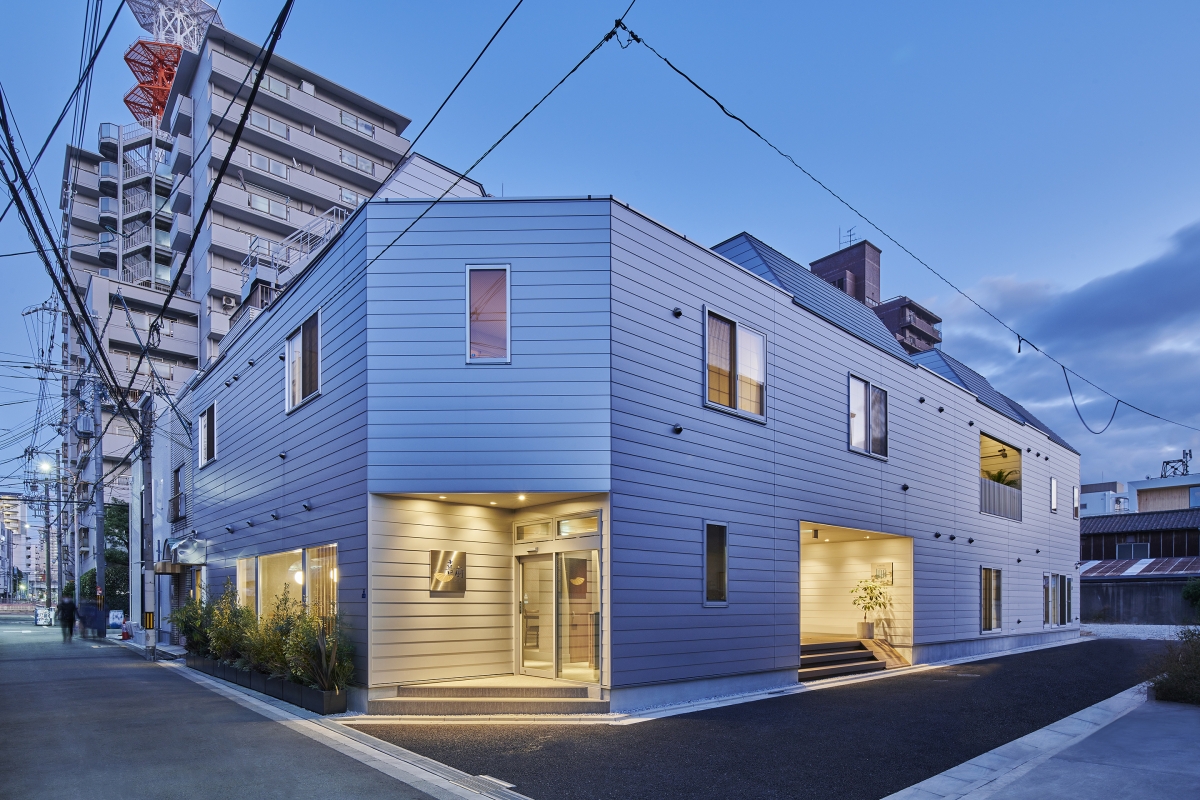 The private redevelopment of a neighbourhood close to the train station a little far from the centre of Osaka City – and therefore a cheaper area – is now underway. As it coincides with the Osaka Expo, which is expected to be held in 2025, the investment of foreign capital also appears to be rising. This project, which is five minutes’ walk from the Yotsubashi line’s Hanazonocho station in Osaka and located in the neighbourhood of Nishinariku notable for its affordable accommodation and vacation rentals, is another example of the present development boom. Nishinari possesses similar scenery to Shitamachi (a working-class neighbourhood heavily populated with small-scale stores, factories, and housing facilities), also in Osaka, and as such there was little awareness of it within the neighbourhood itself. However, from the standpoint of investment, it is a favourable location and the price of real estate is affordable. As such, there have been a number of instances of developments funded by foreigners’ investments. This project was commissioned by the client as an accommodation building, who runs a hotel in Wuhan, China, and has become interested in the tourism industry in Japan as a way of extending his real estate reach. The site is two stations from Namba, which is the central station. It is easily accessible and covers an area of about 1000㎡​ . As it is relatively large compared to the adjacent land lots, the client wanted it to be developed in a such a way that would make the best use of the available site area. However, we proposed a phased development of less than roughly 500㎡​ to offer a new type of accommodation facility distinct from the nearby business hotels, which may gradually blend into the neighbourhood. This was well-received by the residents and the client in terms of two different aspects: location and business. First, as a small-scale development the potential for opposition from local residents to a new outsider-run real estate development, as well as the commitment to preserving the village’s scenery, have been limited. Second, the business risk is reduced when projects are associated with foreign real estate investment. In addition, from the perspective of architectural planning, numerous architectural constraints typical in development plans of an area of more than 500㎡​ can be disregarded.

A New Kind of Accommodation

Is there any kind of accommodation that blends the positive aspects of the two: that can ensure safety, privacy, and convenience like a hotel, that is also amiable, warmhearted, and blends into the village like a vacation rental, and that also occasionally encourages inhabitants to interact? In the hope of creating a new type of accommodation that foregrounds comfort, we focused on the village, which is an outdoor space that is not confined by any one building. This is how the project for a sense of shared residence began, with people sitting in an alleyway to enjoy the unique scenery the village has to offer while also offering essential conveniences like restaurants, cafés, and laundrettes. Even if alleyways or aging low-rise houses, which used to be the site of daily conversations and encounters, retain that which is native to the village’s scenery, the development of middle-rise apartments caused by the emergence and development of real estate is taking place here and there inside the contemporary village space. The apartment buildings announce their own architectural presence within the village, yet they are also reserved and inward looking as if they were isolated islands. Outsiders who have recently relocated here interact with the existing residents in a somewhat uncomfortable way. Since this project is primarily accommodation, we sought to use it as a tool to minimise the potential for societal gaps and to treat it as one more element in the village’s scenery. As a starting point for achieving such an objective, it was decided that the best approach would be to keep the building’s height as low as possible while maintaining the building’s high density, in addition to integrating outdoor spaces such as alleyways within the site to extend the present space along the road. To put it another way, the project sought to revitalise the neighbourhood by taking a different approach to previous architectural projects in that the hope was to generate a new axis that used to be, or that appears to be, somewhere within the village. 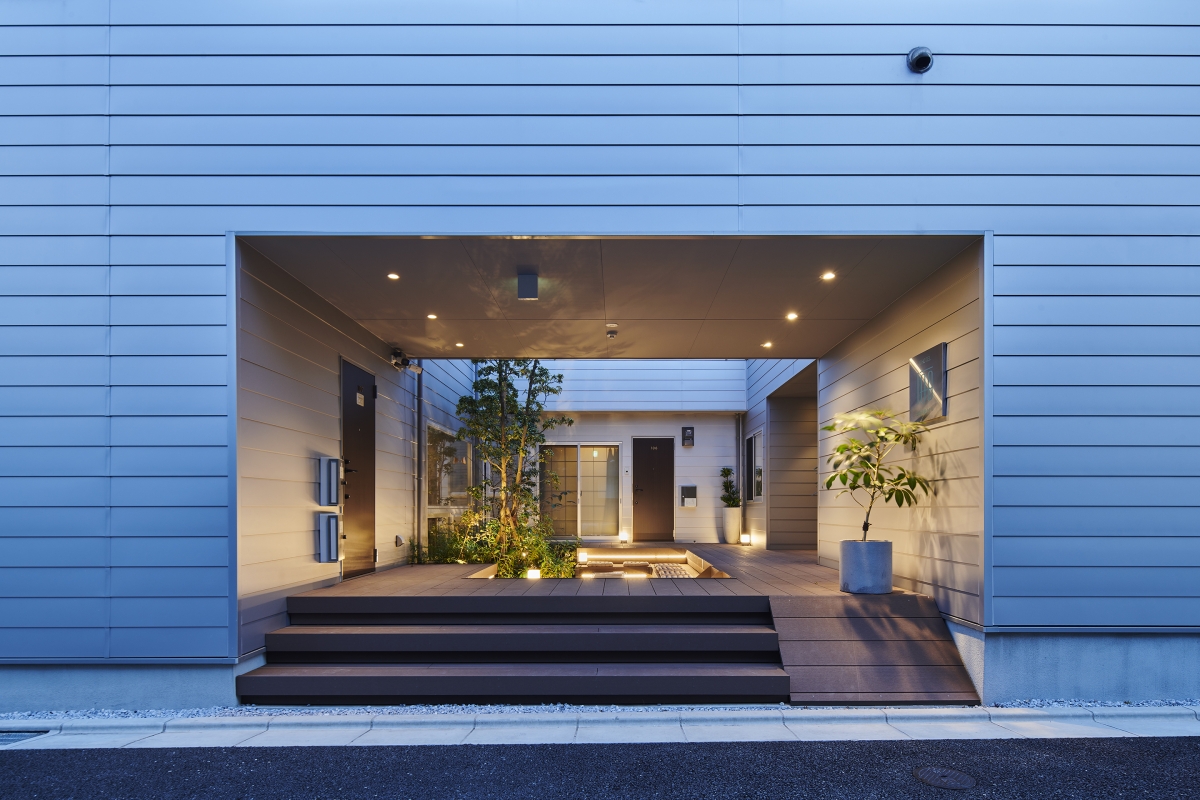 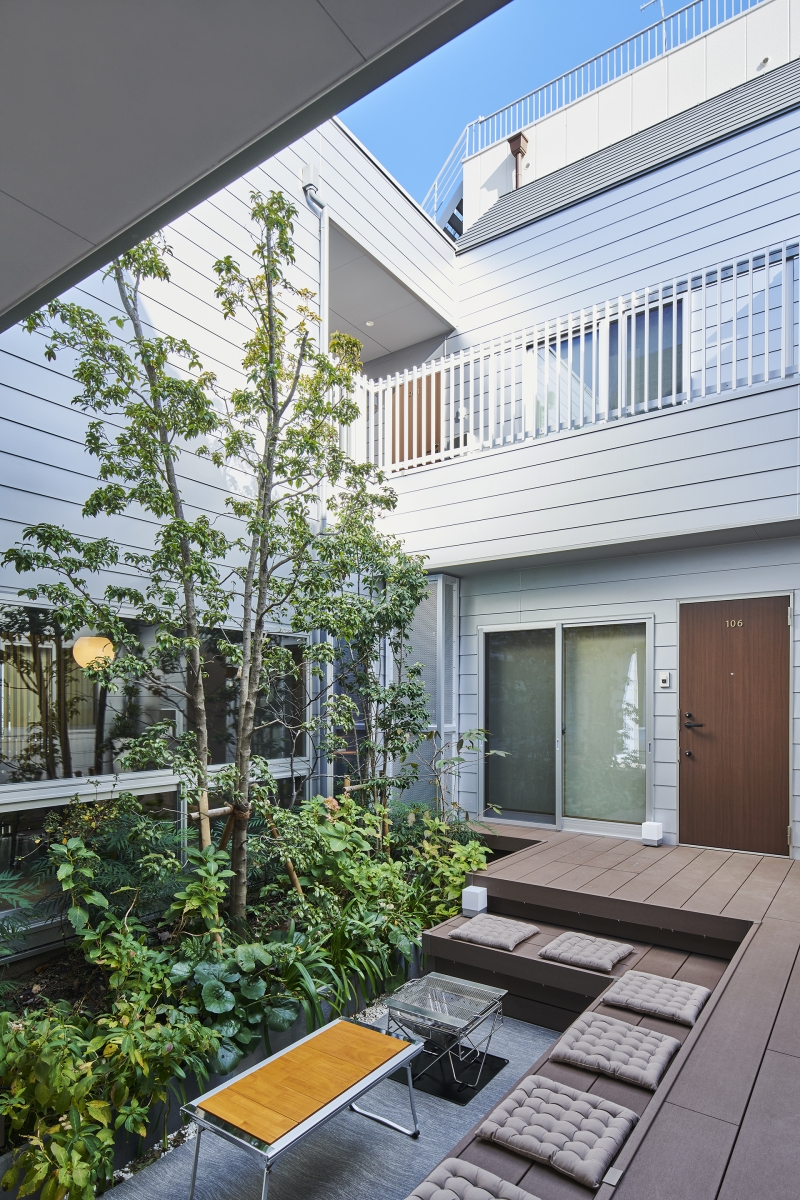 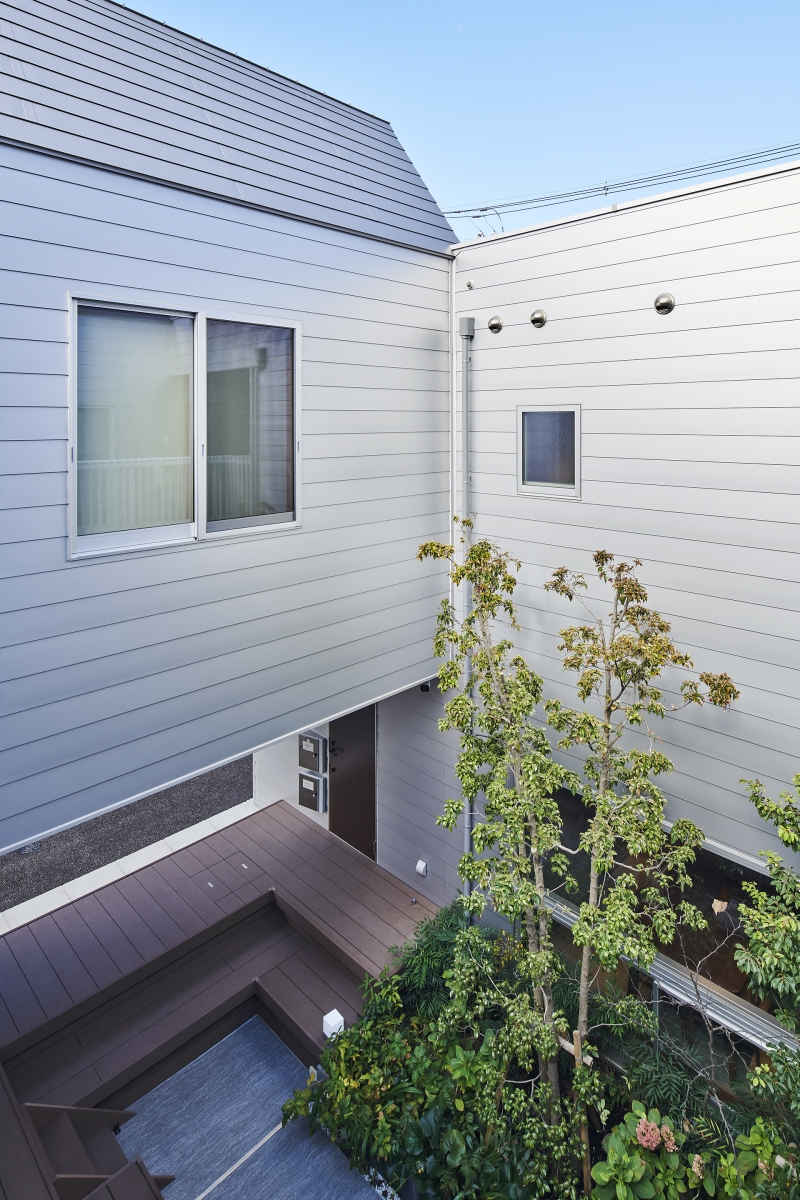 The principal architectural element in the village’s scenery is the cluster of two-storey timber structural buildings in the form of a nagaya, a Japanese traditional architecture, that reaches along a narrow alleyway less than 4m wide. A nagaya features both side walls facing each other, giving the impression that the phalanx of buildings are one single volume. To blend with the surrounding environment, we reduced the building’s height to two storeys and established linear architectural volumes as the basic element, with each adjoining room adding to the impressive density. Then we folded these volumes into a U-shape to form a balanced inner yard, covered each room on the second floor with slanted roofs, and creating a conception of the whole as an assemblage of small rooms. Despite its status as an assemblage of continuous small rooms, the structure also inherits the existing scenery of the human-scaled village by harmonising with the street scenery and embraces the diverse mix of large- and small-scale buildings. Communal spaces were established to encourage interaction and to be accessible to the wider neighbourhood: a restaurant-café called the ‘town living room’ that faces the street and serves as a community space; the ‘laundry terrace’ that has expanded through the second-floor hallway; and the ‘rooftop terrace’ which is connected to the exterior. Every room has a different layout based on where the windows and doors are located, allowing a variety of alternatives. The rooms on the first floor are made up of tatami and are relatively open as they face the inner courtyards and street side. The rooms on the second floor were planned to be modern spaces, with the slanted ceilings on the interiors directly reflecting the shape of the roof. Rooftops in certain rooms may be used as outdoor terraces. Each room has a functional and compact layout while being connected to the communal spaces, and as such it may expand visually based on usage. 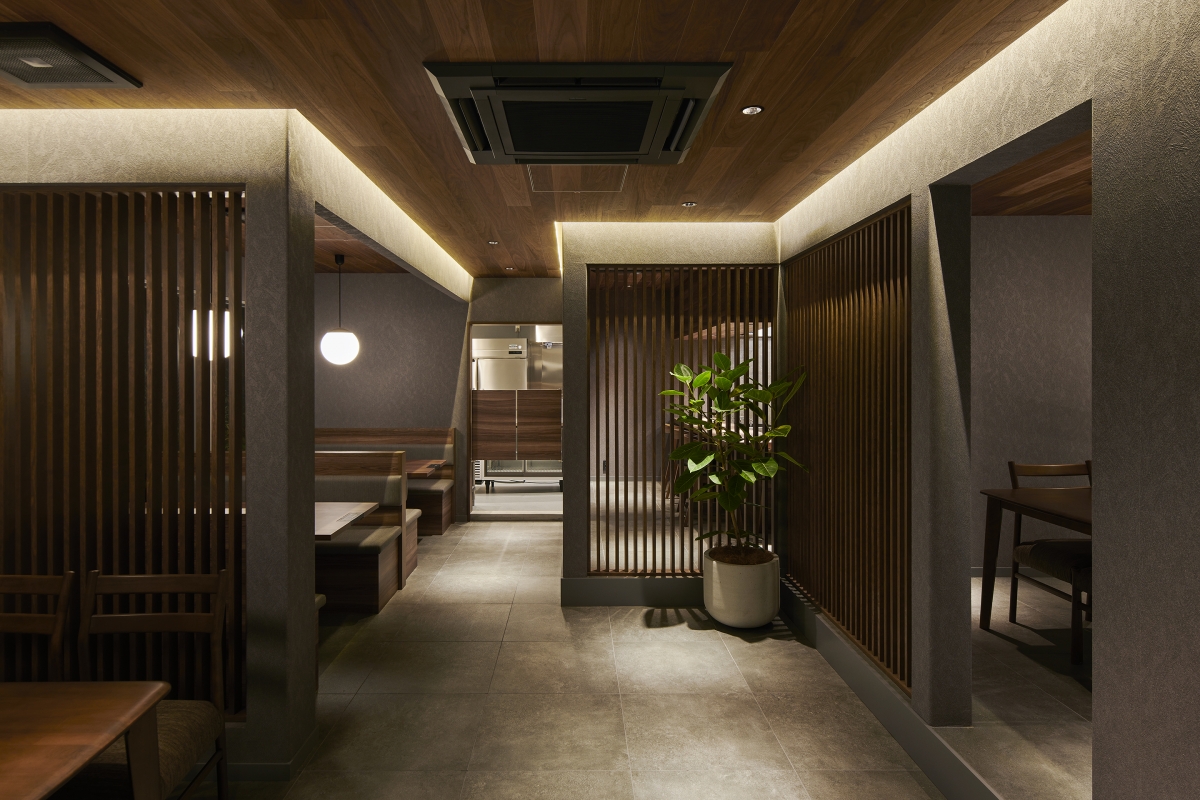 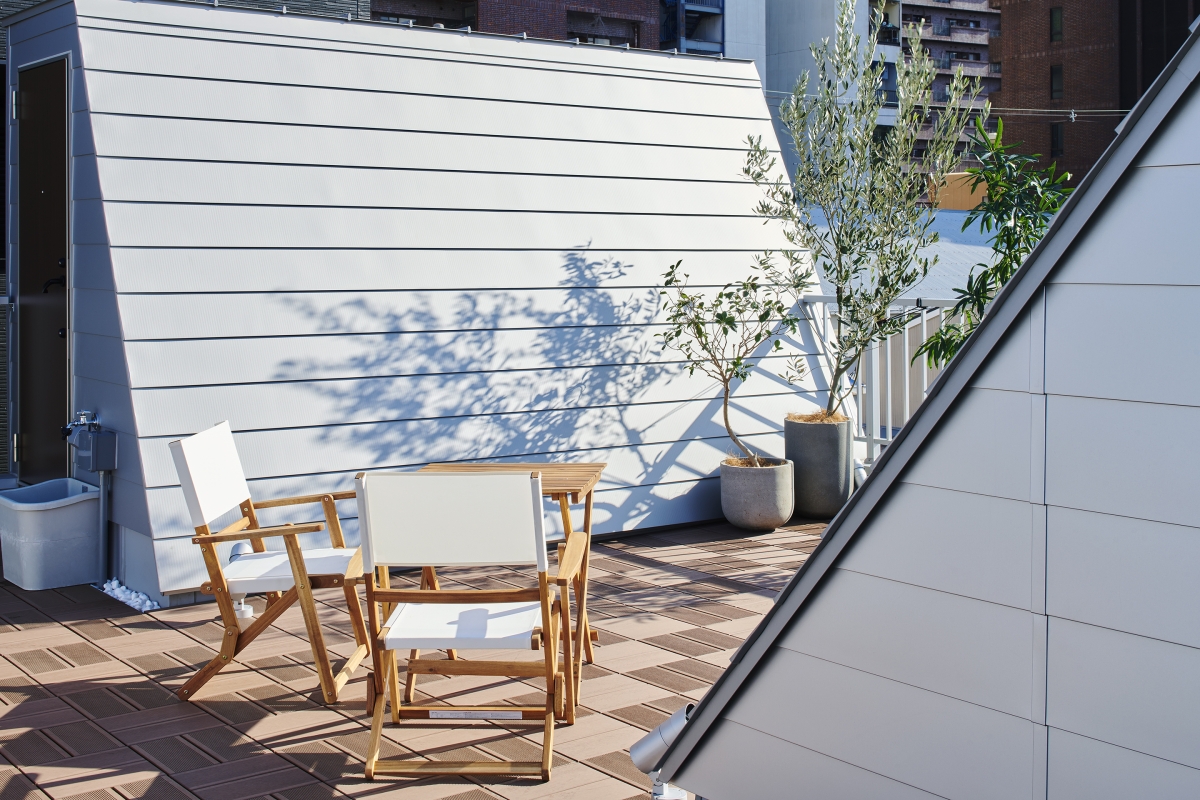 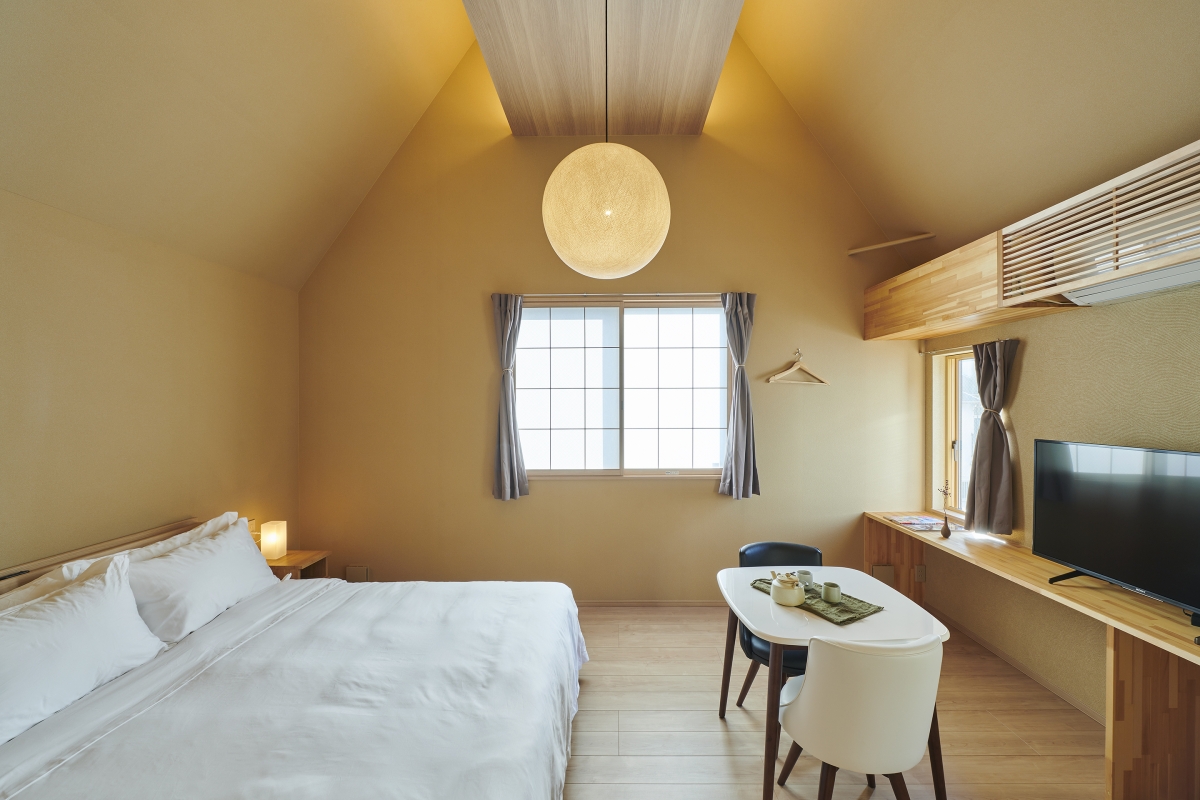 Compatibility Between the Individual and the Community

This project proceeded in collaboration with P.O.T, a spatial branding and consultancy group, with the intention of presenting a desirable form of accommodation while also ensuring that the accommodation facility situated in an urban environment, particularly a residential area, would blend into that given environment as much as possible without disrupting the existing village scenery and atmosphere. We hope that, rather than becoming a closed and hermetic real estate development environment, the Shared Residence Hanazono will announce a new architectural value, in which buildings and streets can coexist by possessing communal spaces, and where private and communal spaces can remain compatible. 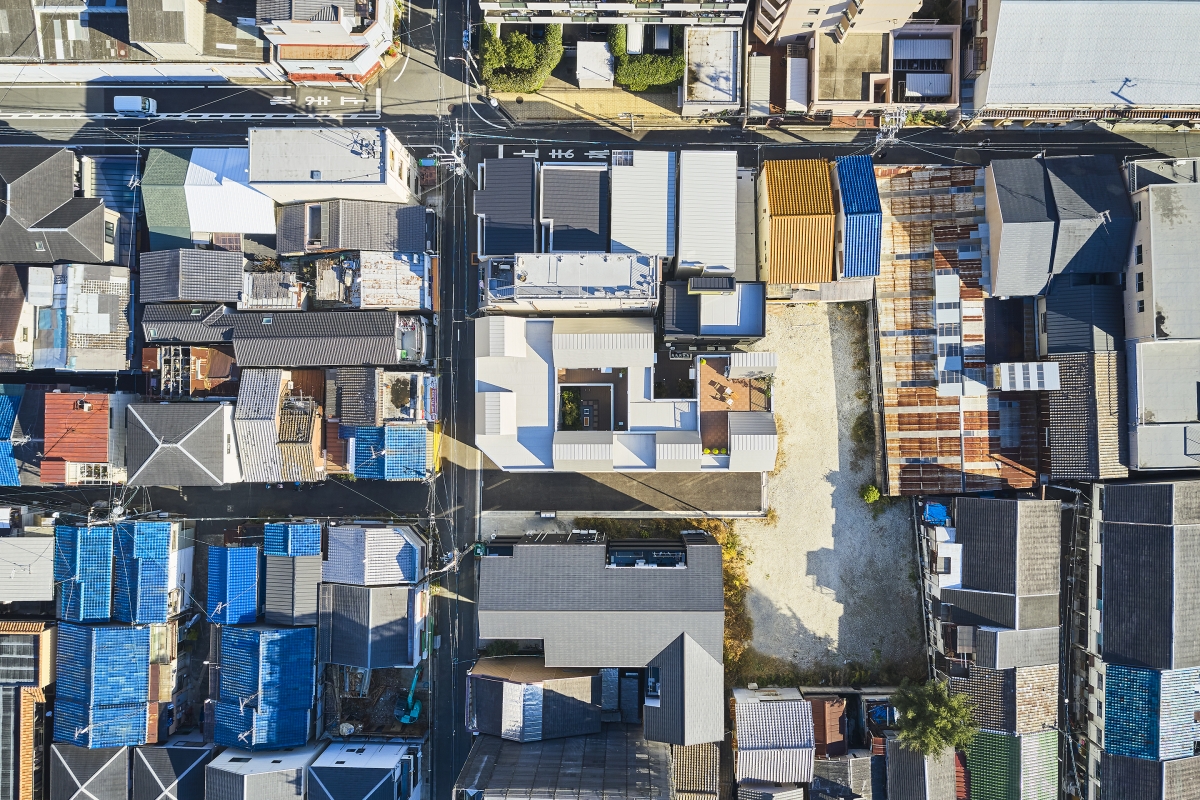 wallpaper on gypsum board