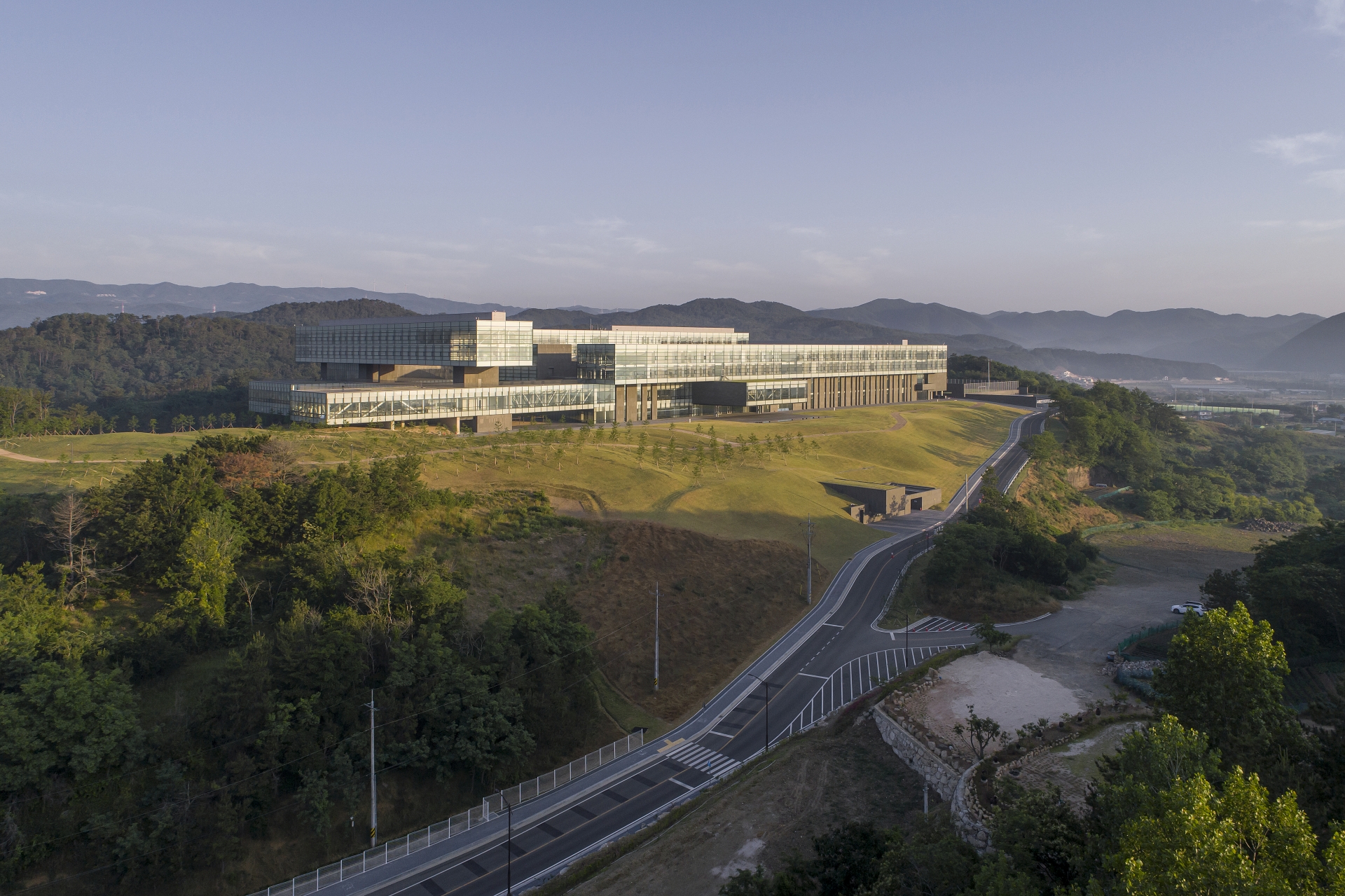 The site is located in Haseo-ri and Suryeom-ri, Yangnam-myeon, Gyeongju on a hill 30m above sea level. It commands a magnificent view of the sea and coastline to the east and south, and overlaps with low mountains at the tip of the Taebaek Mountains to the north and west. This facility is home to the University Gyeongju Campus for union workers at Hyundai Motor’s Ulsan plant and the Global Partnership Center for business partners. I embarked upon this project with the question: ‘What is the difference between a corporate training centre and a resort hotel?’ While a resort or hotel is for rest and relaxation, this project required both a dynamic tension and a tranquil atmosphere. For this reason, certain kinds of traditional and functional architecture, such as monasteries, also served as models. On this site, two independent training centre buildings are arranged in a ㄱ, ㄴ shape to make a ㅁ shape with shared joint public space in the enclosed space. A simple mass that serves a single aim and purpose diversifies when combined with the conditions of the site. The University Gyeongju Campus and Global partnership Center have been placed on two different levels. Combined with the topography and views at each corner, the layout became more diverse. A mega-truss is used for the structure. In order to best represent the pioneering spirit of the Hyundai Group, which has its roots in a construction company, I planned a column-free piloti space of 50m and which resembles a bridge. The piloti toward the north provides a view of mountains in Gyeongju, and the southward piloti frames the coastline of Ulsan. The interior space is finished in a similar manner to that of the exterior, in order to make it take on a more urban character, while the lightness of the interior is designed to change depending on the amount of natural light from morning to evening. Small and medium-sized training rooms were planned as spaces for general education, and large or stepped training rooms are planned as site-specific ones. It has a classroom defined by a truss structure and curtains, an open auditorium like an amphitheatre in a mountain, a tiered classroom like a deck in a park, and black box training rooms, glass box, and white cube. In addition, the Gyeongju Hall and Partnership Hall are paradigmatic education and exhibition spaces, and I proposed Gyeongju Hall as an archive space and Partnership Hall as a space for events with business partners. The northwest corner, where the two training centres meet, has been designed as a structure supporting the two training centres, which are symbolic of the start of the company. The southeast corner was designed as cantilever structure that extends towards the sea, and gives shape to a vision of the infinite future. I intended to draw a double reaction that makes the trainees take pride in the company’s potential and relax within the scenery. The University Gyeongju Campus is being used as COVID-19 Daily Life Protection Center for the Daegu area, while the Global Partnership Center is a training centre for national concerns that seeks to train individuals in the improvement of relations between conglomerates and their business partners.​ (written by Mihn Hyunjun / edited by Kim Jeoungeun) 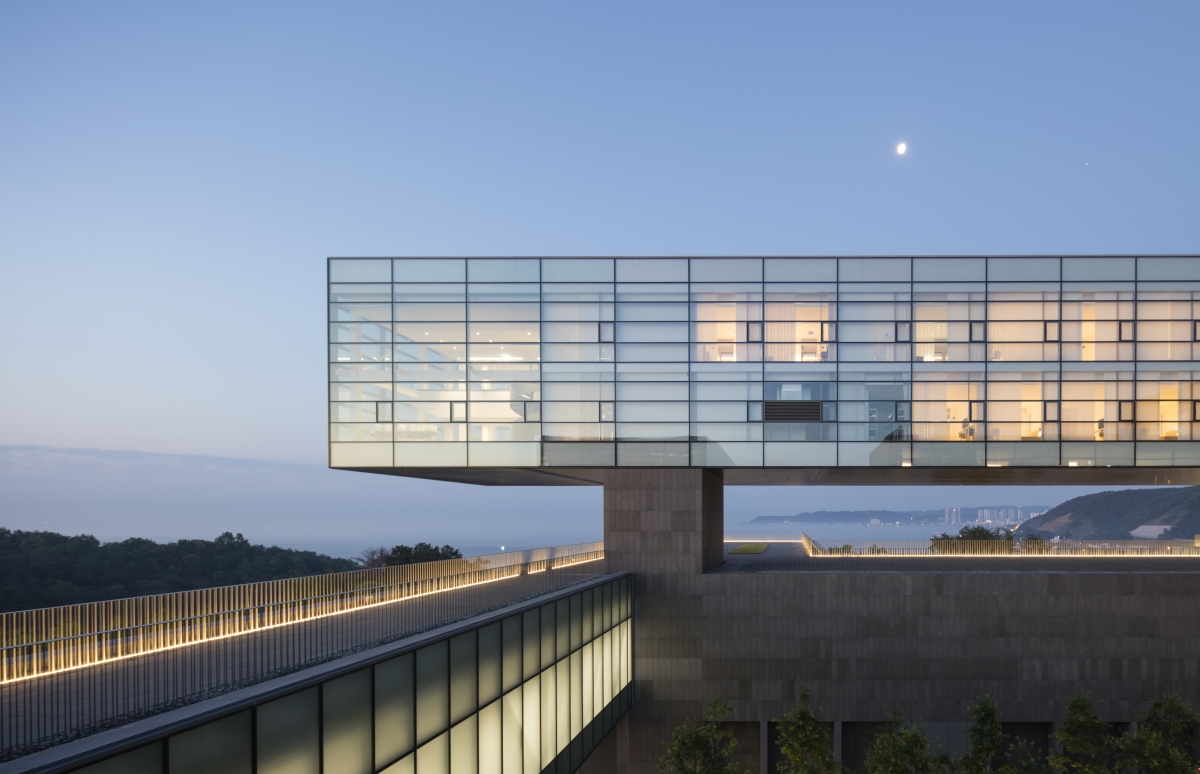 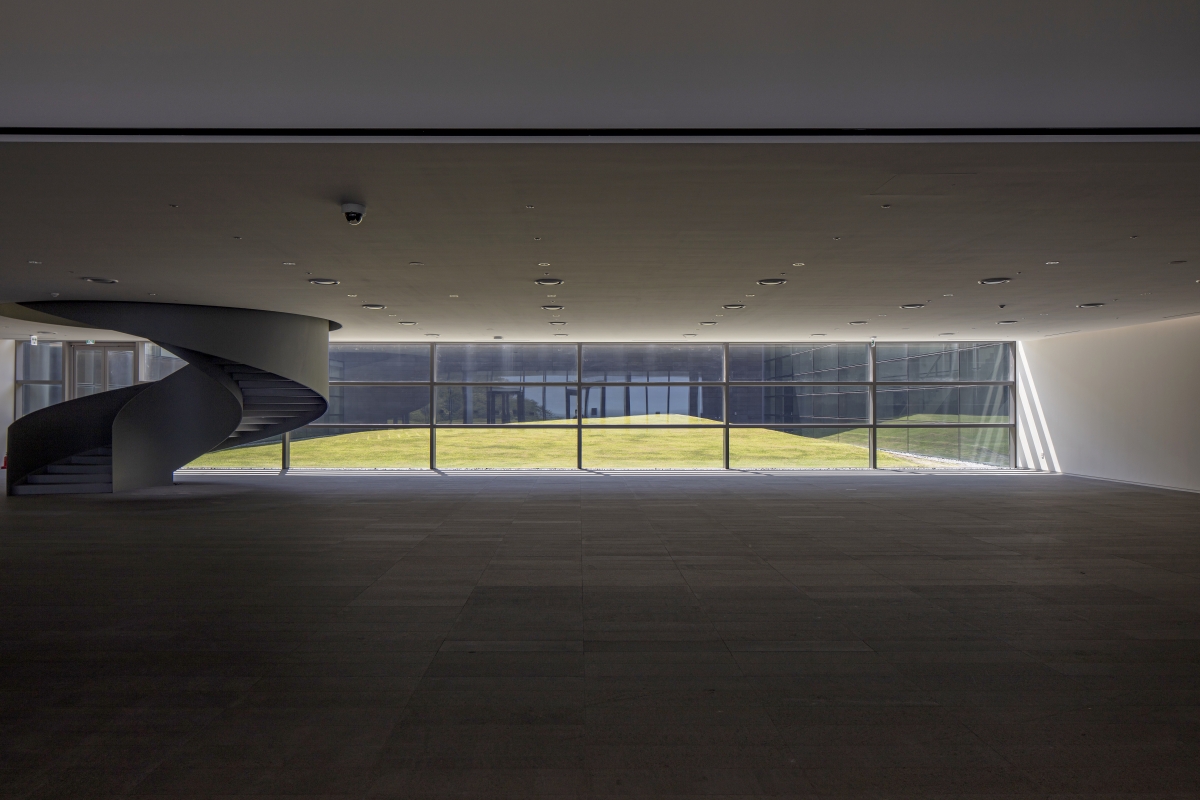 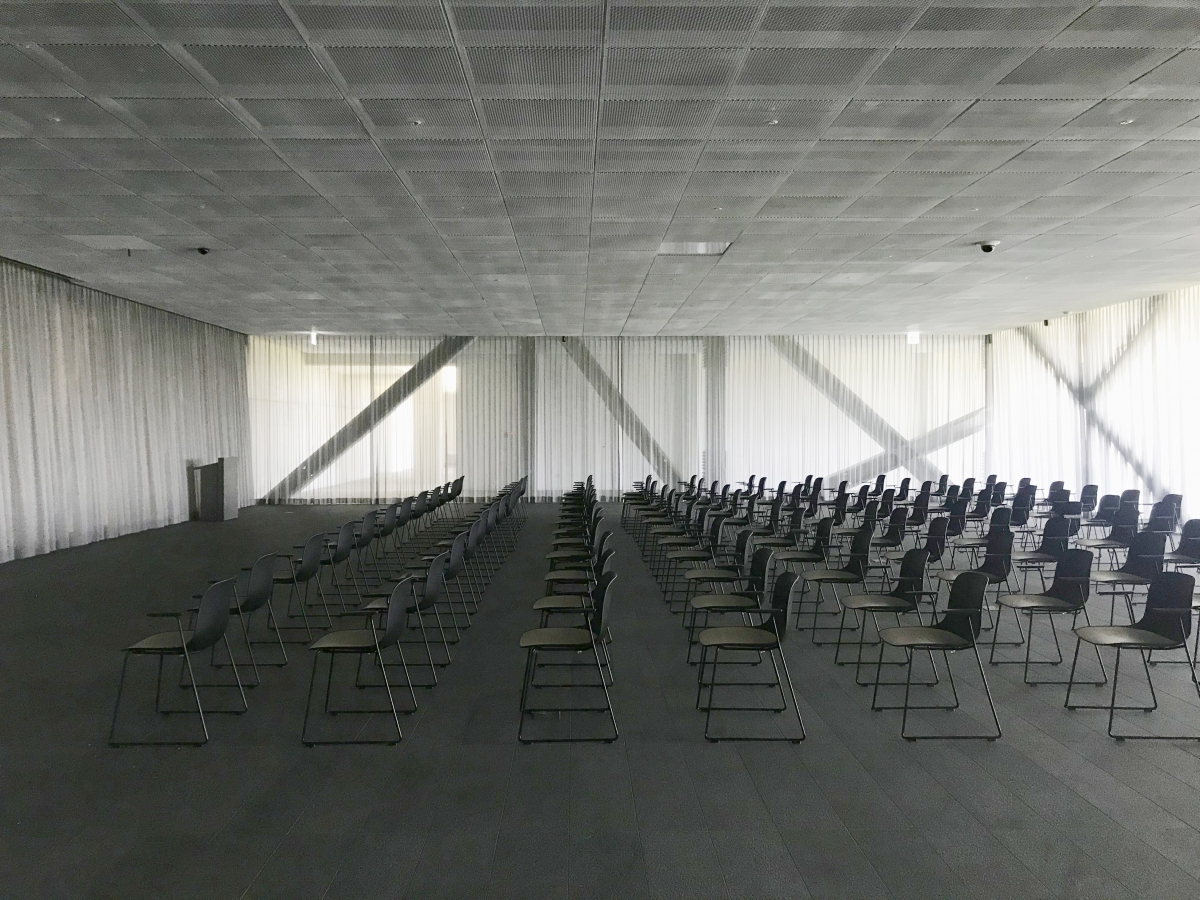 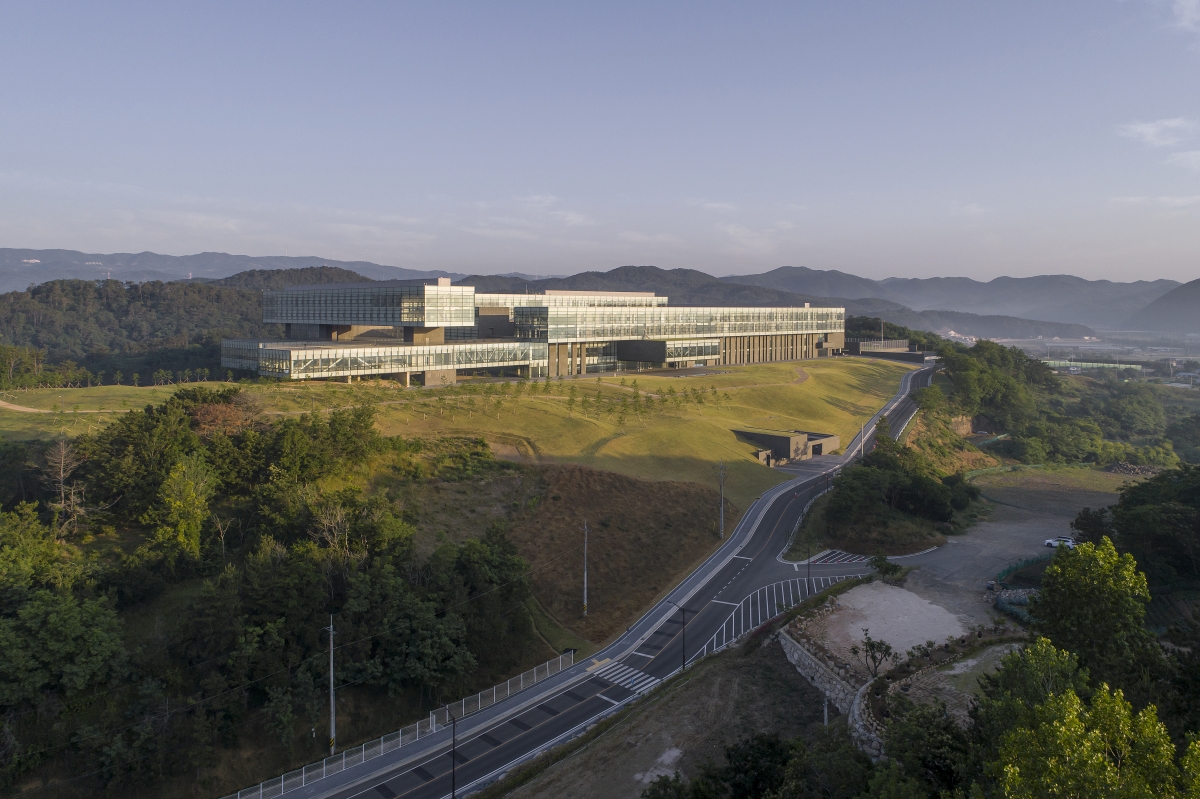