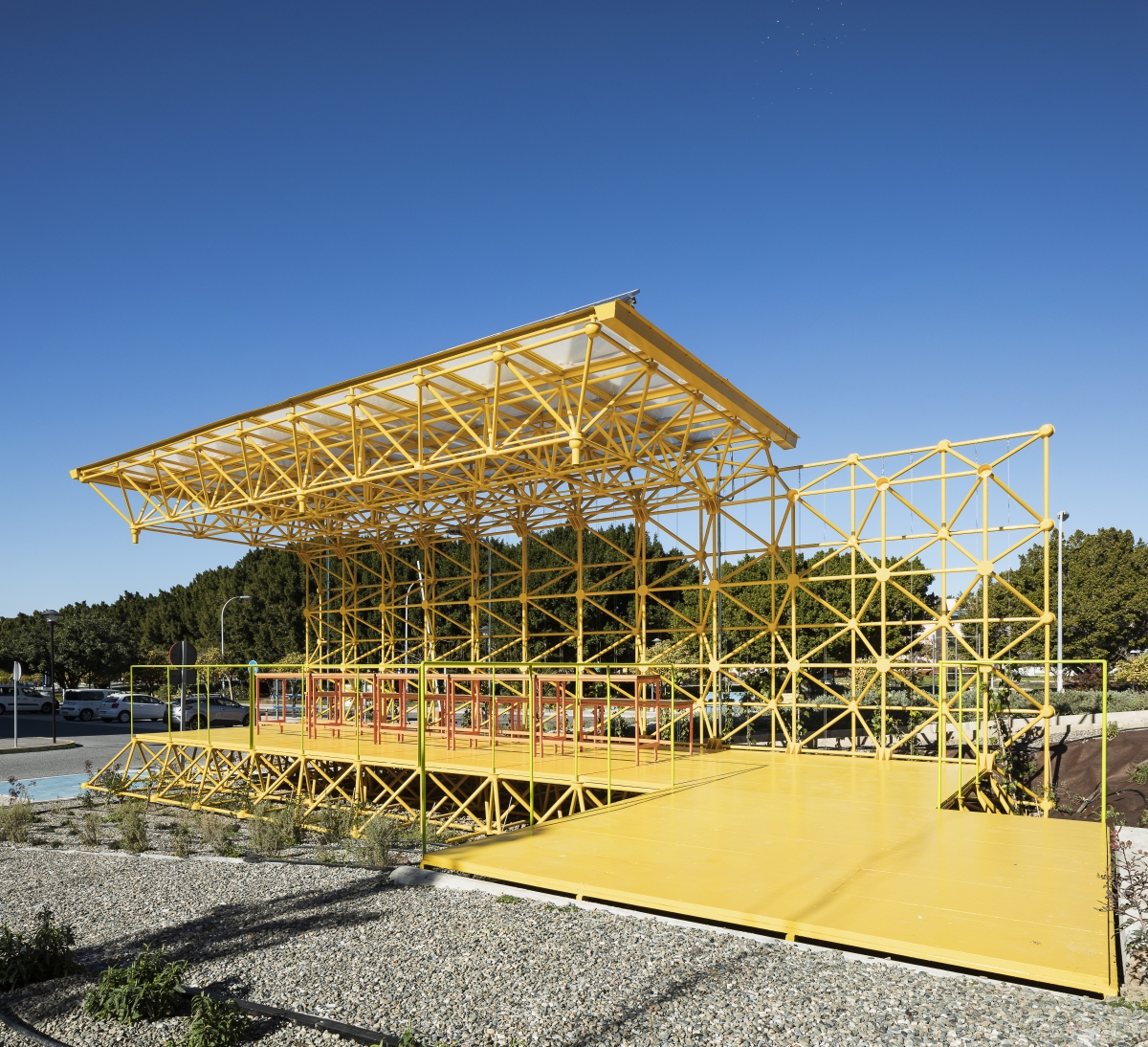 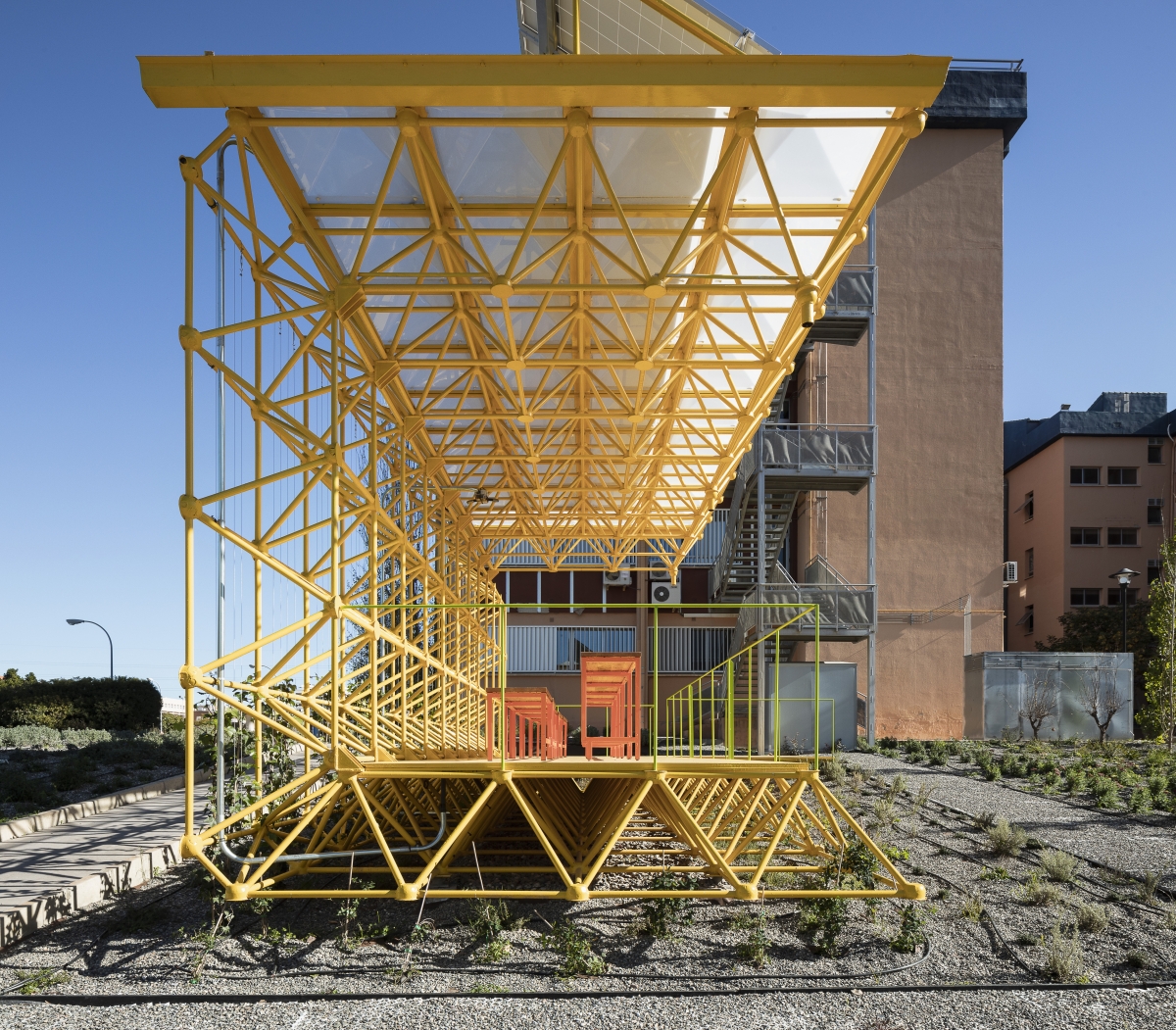 As is the case for many of the new spaces in our cities created in the 1980s, the Teatinos University Campus has suffered from the consequences of a design approach where the car had an excessive prominence. With the intention of reactivating this environment and establishing the necessary spaces for relationships with the development of outdoor activities for users of the campus, the University of Málaga has implemented different projects for its natural world, and among them is Smart Tree.

Smart Tree was born from a research project at the University of Málaga with the objective of recycling elements from the demolition of campus buildings to improve teaching environments. The structure of Smart Tree and its furniture were designed using materials from waste materials following the demolition of campus buildings that were no longer fit for purpose. The pavilion arises from the reworking of a structure that served as a pergola in the courtyard of the Fine Arts School, whose necessary rehabilitation implied its elimination. Following this work, three triangulated spatial structures were obtained and used to compose the pavilion without the need for excessive spatial transformation; and the concrete columns served as strict projected foundations.

Without the need to add new elements to generate the pavilion, the first of the structures was used to build the floor plane, the second to generate the vertical support, and the third and final to cover the pavilion. Of the power of these structures and the absence of other structural elements to recycle arose the cantilever that means this ‘folie’, which painted yellow floats over the garden without hardly touching it. Some tubular iron benches and beech wood boards from the demolition of the laboratories of the Sciences School served to furnish the pavilion and delimit the crops. Unexpectedly, and due to the restrictions that the pandemic has imposed, Smart Tree has come to form a makeshift outdoor classroom.

All this was built on a garden, which with the intention of improving the environmental and sensory conditions of the site, and designed using native flora. A weather station and various strategically located sensors enable the collection of data in real time of the environmental conditions, through which conclusions are drawn for the improvement of this space and its future application in other rehabilitation projects of outdoor spaces. The autonomous energy capture system installed in the Smart Tree allows for the inclusion of control systems, the lighting of the pavilion itself, and the creation of a charging point for electric bicycles.

The Smart Tree was conceived as a biotechnological tree with the mission of rehabilitating the outdoor spaces of the university, promoting the use of green environments and associated services. Located behind the Sciences School, this intervention transforms a disused place to provide users from different buildings in the environment with an open- air co-working space, one both relaxed and friendly, which provides a microclimate of environmental and sensory comfort, and technology for access to renewable energy and information. For the development of the prototype, a multidisciplinary team composed of biologists, engineers and architects, collaborated on the various lines of the project.​ 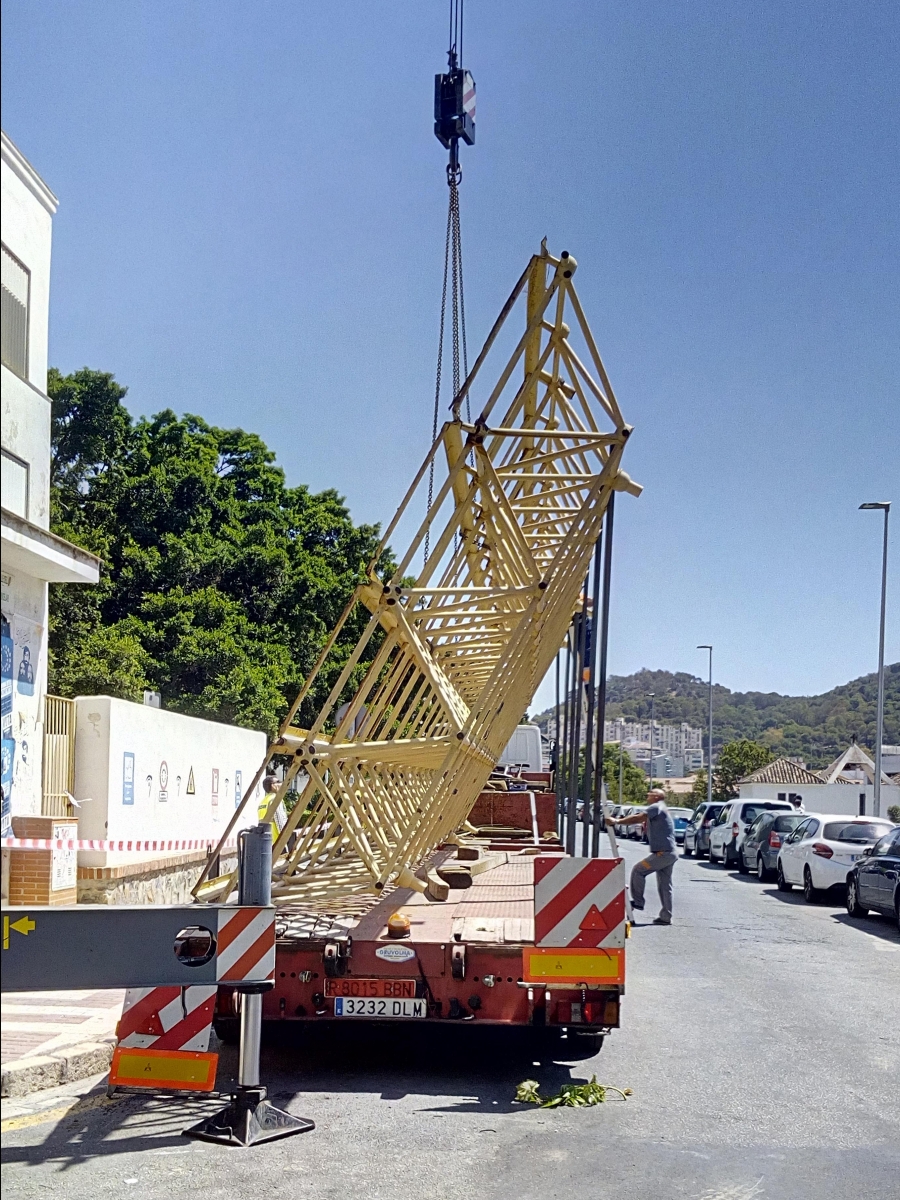