The slipped-down-wall on the exterior of the library is a flexible space where students can enjoy outdoor activities. At the boundary where the playground wall meets the ground, there is a 40m-long bench integrated into the building, encouraging students to interact and rest. In addition, a three-dimensional stand has been formed along the wall that is lengthily slipped down to the side, becoming a place for students to engage in self-directed outdoor activities such as club activities and small performances.

The indoor of the library is made up of another kind of slipping-down-space. When entering through the connecting bridge from the existing learning building, students flow down through terraced bookshelves that connect from the library on the second floor to the reading room on the first floor. Spontaneously, users can encounter books and other people while walking down to the long and a tall reading room through the terraced bookshelves. Also, by making the best use of terraced bookshelves and floor-to-ceiling bookshelves inside the library, the building is designed to fill the peripheral area with books and to empty the central area so that people, rather than books, can become the protagonists in this space. This will allow the library to become a place in which to exchange knowledge and where people can meet socially and interact.​ (written by Na Unchung, Yoo Sorae / edited by Choi Eunhwa) 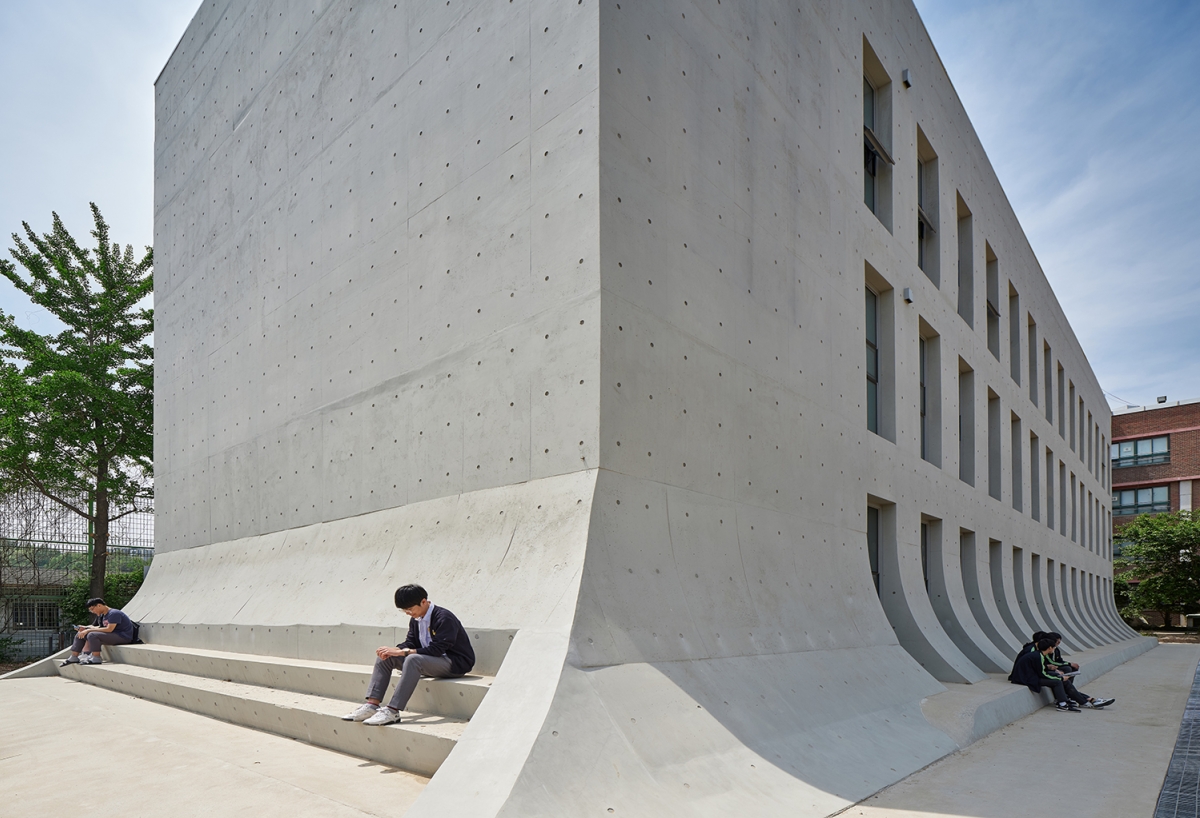 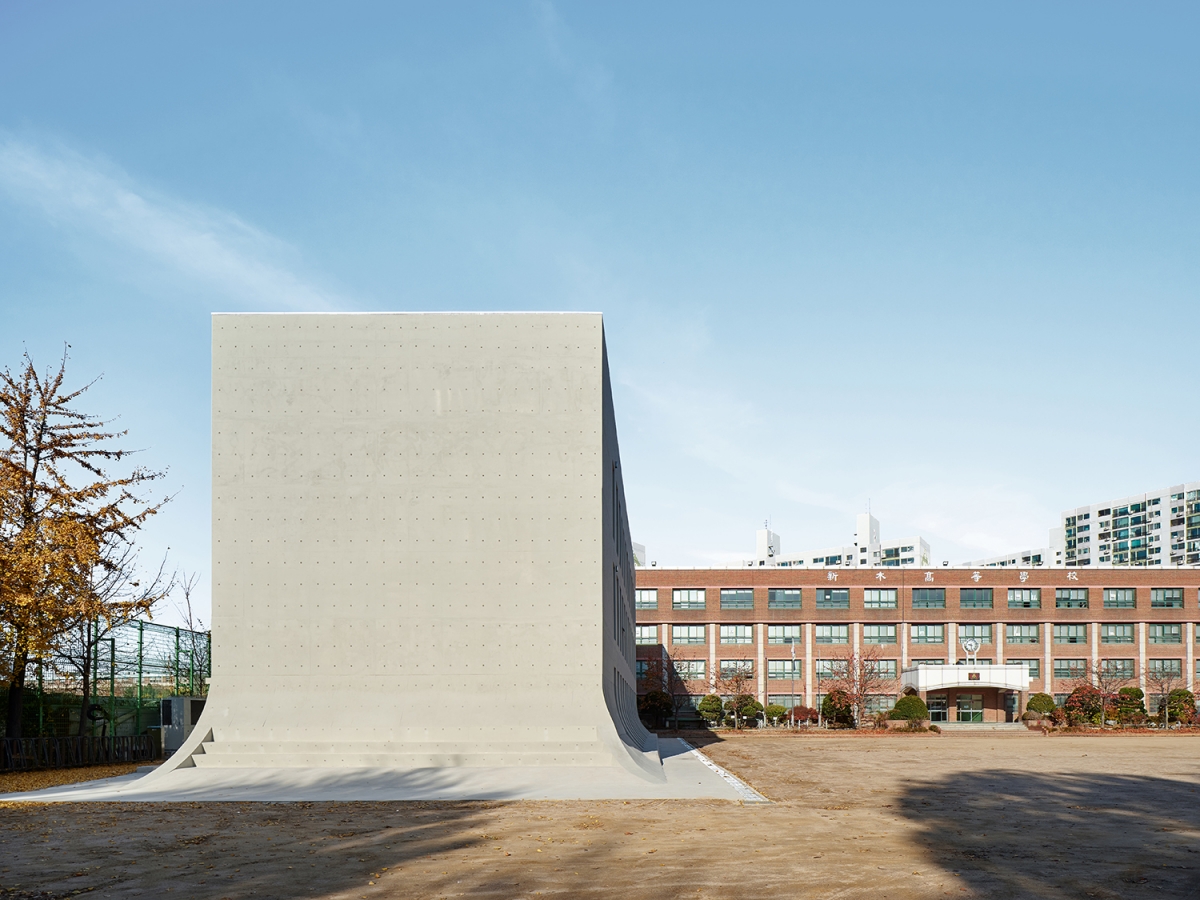 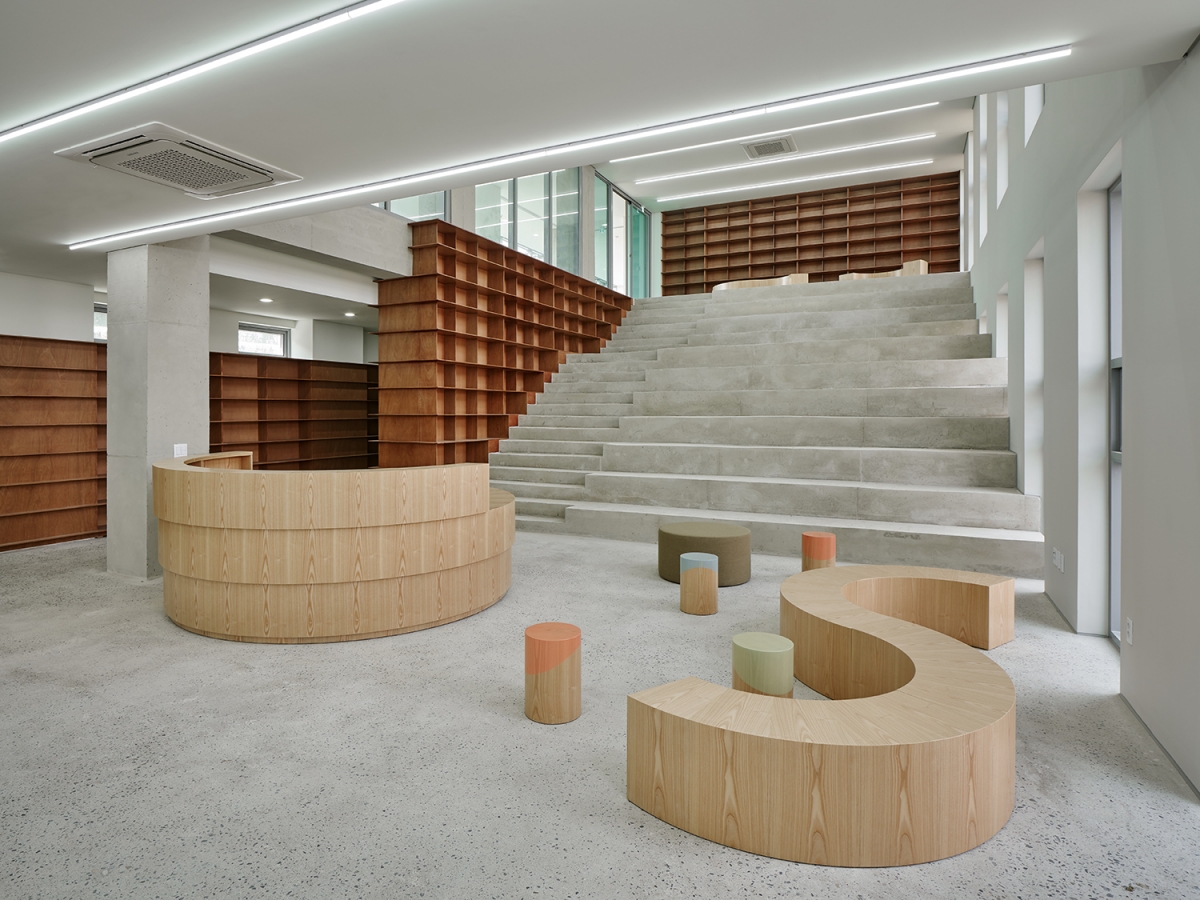 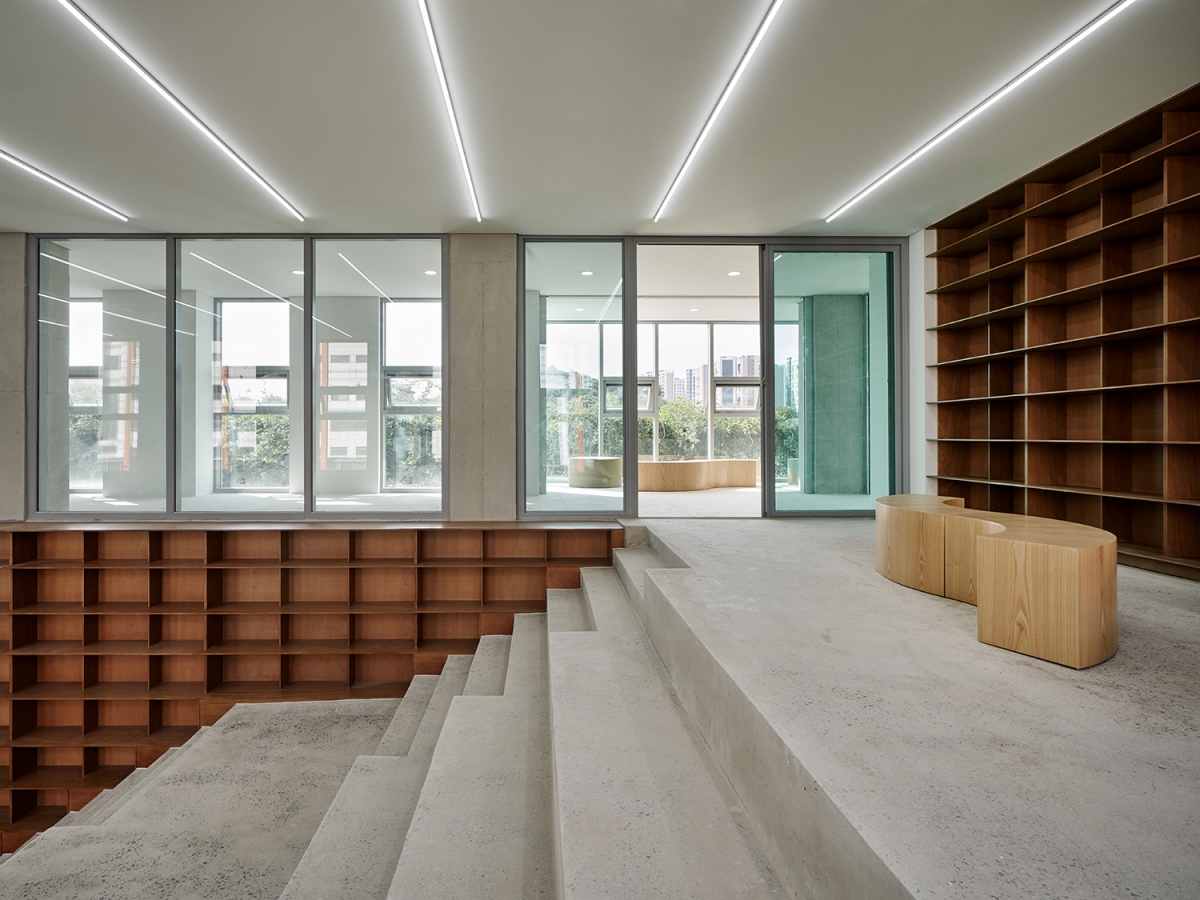 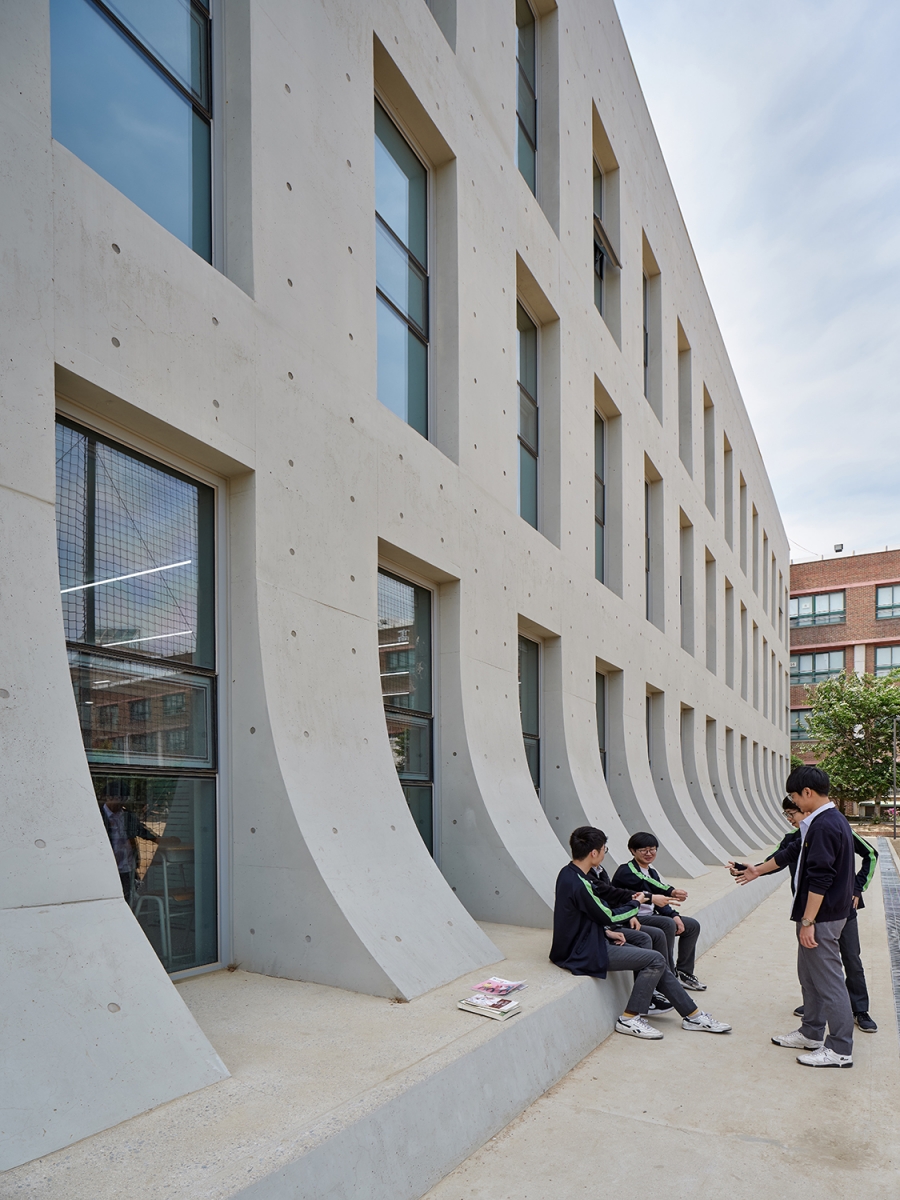