In the film industry, the director not only writes scenarios but oversees the entire production process, developing the overall meaning and value of the film. Sometimes the scenario and setting may be better than the movie, or the other way round. The former is an example of poor direction with good planning, and the latter is mediocre planning that accidentally achieves a certain significance.

This project, administered by the Gyeonggi Urban Innovation Corporation, as a private-sector public housing project, demands all participants to propose modular housing plans and to be specialise in the criteria set by the corporation. In addition, basic equipment and functions required for rental housing have been pre-prescribed. Although there have been some restrictions on certain aspects and the progress of the project from the beginning, the architect orchestrated the surroundings well. Luckily enough, there were no complaints from the neighbours, so the construction process proceeded without any unexpected interruptions.

It was the first project that was realised by an architect couple who had just started their own business. The couple returned to their homeland two years ago and opened their offices, after practicing in the United States and Japan. Throughout the interview, I could imagine their buildings on paper, and sensed how desperate they must have been before this project. In fact, their passion could be easily discerned in every possible corner of their built work. And, suffice it to say, this positive energy from a novice player in the field, given their words of confession that they ‘worked every day on site’, fascinated me and heralded their future potential. 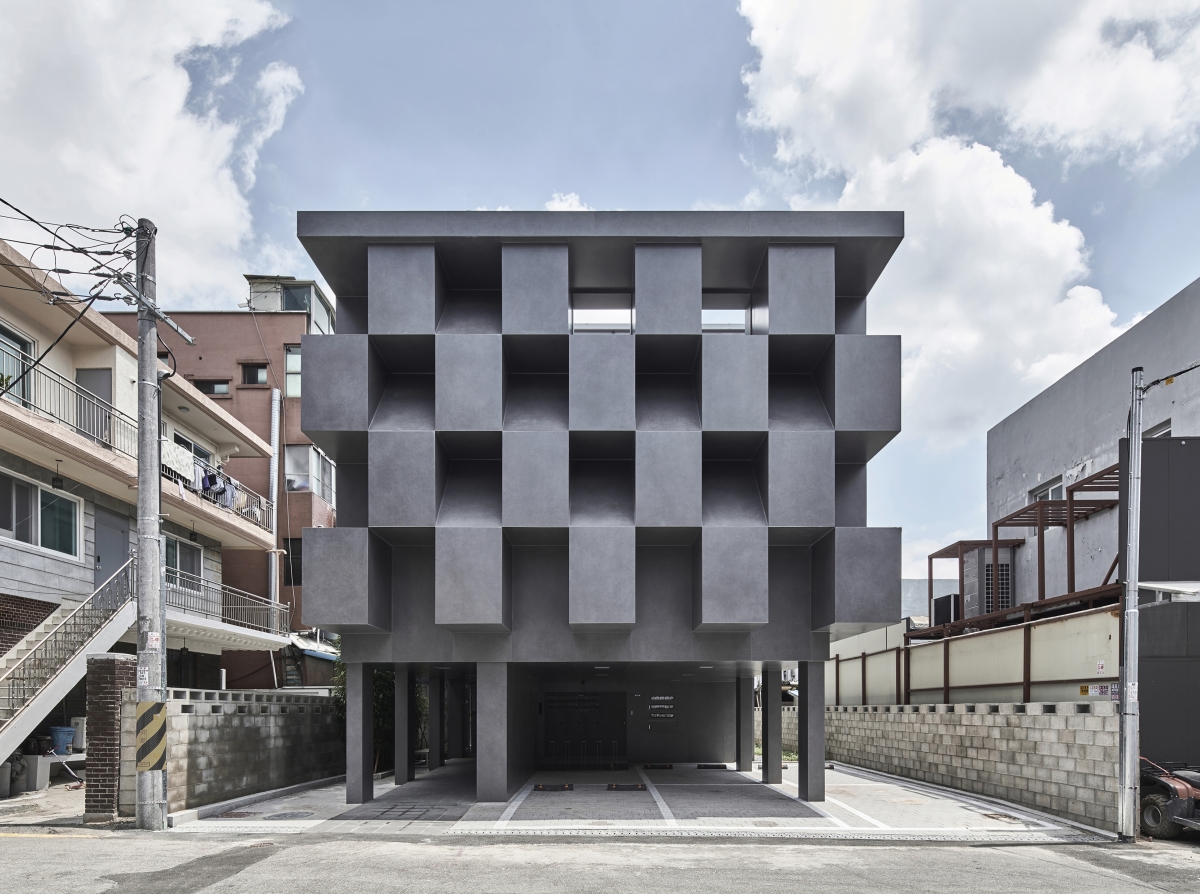 The project site is wide, from east to west, and faced a road on the western side. Parking spaces for five vehicles were planned in compliance with the urban living residence standards, and space for bike storage was also allocated. The building is a typical apartment building with a spinal hallway facing the south, housing a total 14 studio apartments. By adopting a modular architectural approach, this simpler building added one more layer of specialism at the hands of the architect.

First, a staircase connecting three floors is placed at the entrance of the building. The architect separated the south side of the stairs from the wall to make the staircase more spacious, filled with more light and better ventilation. In addition, without open handrails, the form of the stairs is emphasised, connecting and clearly defining the space between the levels. Next to the staircase on the first floor, there is a community space with washing machines and dryers. It was designed to support the daily lives of the tenants, and to accommodate gatherings or the hosting of guests. On the second floor, seven units are lined up, and on the third floor, five units, with an external space made of sunshades with BIPV panels, and a community space on the first floor - all of which makes these small rental houses more viable spaces for long term occupancy.

The architect used the height of the bottom wall to the window in the north hallway as the baseline for their design. The windows in the south were also arranged in line with this height. As a result, the elevations on the north and the south direction are not divided into layers, but are horizontally connected based on a line chosen by the architect. Each external reference line along the south and the north is combined in a three-dimensional checkerboard pattern on the west side of the road, which produces a potent visual impression of the project from the side. In particular, windows separating floor to floor from top to bottom in the south and the louvers attached to them are used as important elements to make the exterior of the building distinctive. In addition, the louver, ,masked the appearance of brick-layered wall, expresses the horizontality and verticality of the building at the same time, and the architect uses this space ? created by making rooms in between ? to use it as a ventilation room for an air conditioner. However, these unique designs are not visible from the side of the road.

Careful design in the composition of the small units (17.92 m2) is also notable. The front window is divided into upper and lower panels, fixing the upper window and forming the lower as a sliding window. The decision was based on the assumption that people in small units would live mostly on the floor. In addition, boilers for each unit are of a ‘forced exhaust’ type in which ventilation is made possible through the rooftop while the supply of air enters through the hallway. This allows unit-specific boilers to be placed on the corridor side. (Punching the inspection door into the shaft allows the ventilator to be placed inside the shaft compartment). This was the architect's idea, to make a more efficient use of an interior space in a small unit.

Although this project dreams of industrial housing structures, the results do not seem to be particularly successful. First of all, the construction period reached nine months and the cost was estimated to be 7 million KRW to 3.3 square metres, which does not reveal any advantages over other construction methodologies. In addition, the construction method was to pre-assemble the structural frame of each unit and lay it with a crane on site. Therefore, the structure between each unit overlapped and was used in duplicate,▼1 which was likely to increase the number of joints and finish surfaces. Except for special occasions, this method has rarely been used in the West since the 1960s and 1970s, so a better approach to industrial housing must be explored. Of course, this dry method has the advantage of making the building’s finish accurate, and rendering indoor and outdoor forms clear. 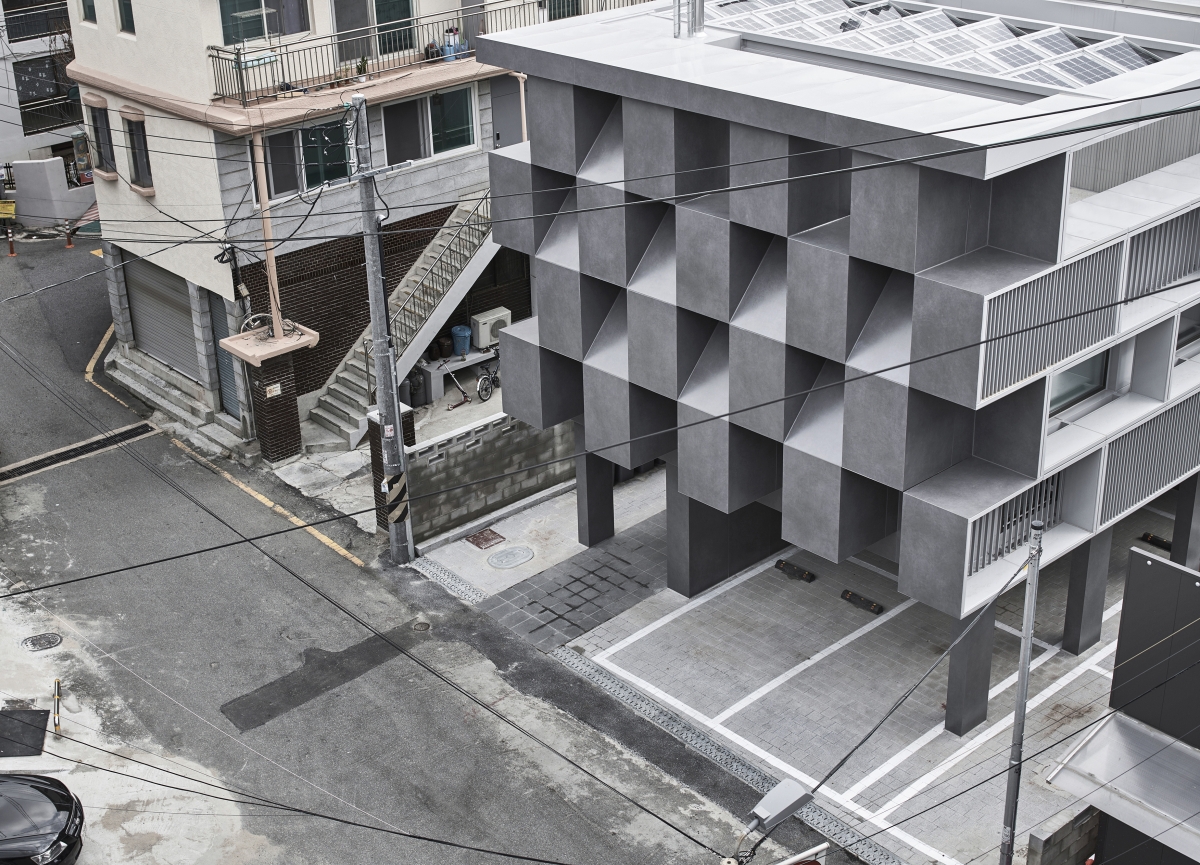 The architect made their utmost efforts to invest every possible resource in this project. In order to complete a project of simple ideas, numerous design changes were perfromed, and the company, supervising company and the construction company were persuaded to cooperate with one another to make the best use of systems, materials and construction methodologies that had never been tried before.  As many of you know, these efforts by designers generally cannot be made because of (1) lack of budget, (2) lack of technology, (3) the risk to personal safety, and (4) lack of experience. The architect seems to have advanced beyond shared design standards and the efforts typically exerted in order to direct the site with a ‘genuine’ approach. However, it remains unresolved how long such a mindset will last without noticeable rewards ? the good intentions of every architect eventually withers under such pressure.

Hadaewon Housing stands out as the first public rental housing project to provide industrial housing. It is also a building conspicuous for its efforts and sincerity of its architects. However, the project  also offered the promising opportunity to state the current status of domestic industrial housings. With only the ‘icons’ of industrial housing in mind, this project still remains insufficient in its proposed solutions to our actual housing problem. Relevant research and the plausible solutions continue to be in dire need.

1. Since the two unit boxs overlap both horizontally and vertically, the structure of each unit has always resulted in two members being compatible with each other. It could have been more easy to construct if the box was changed to a ‘L’ type or a panel assembly type. 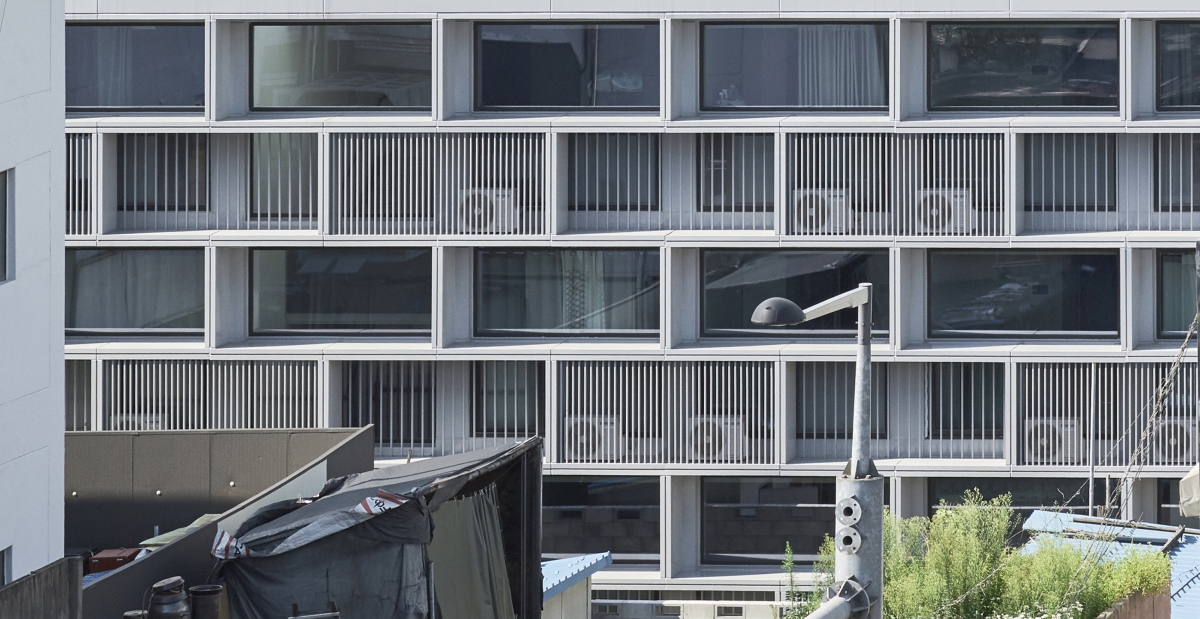 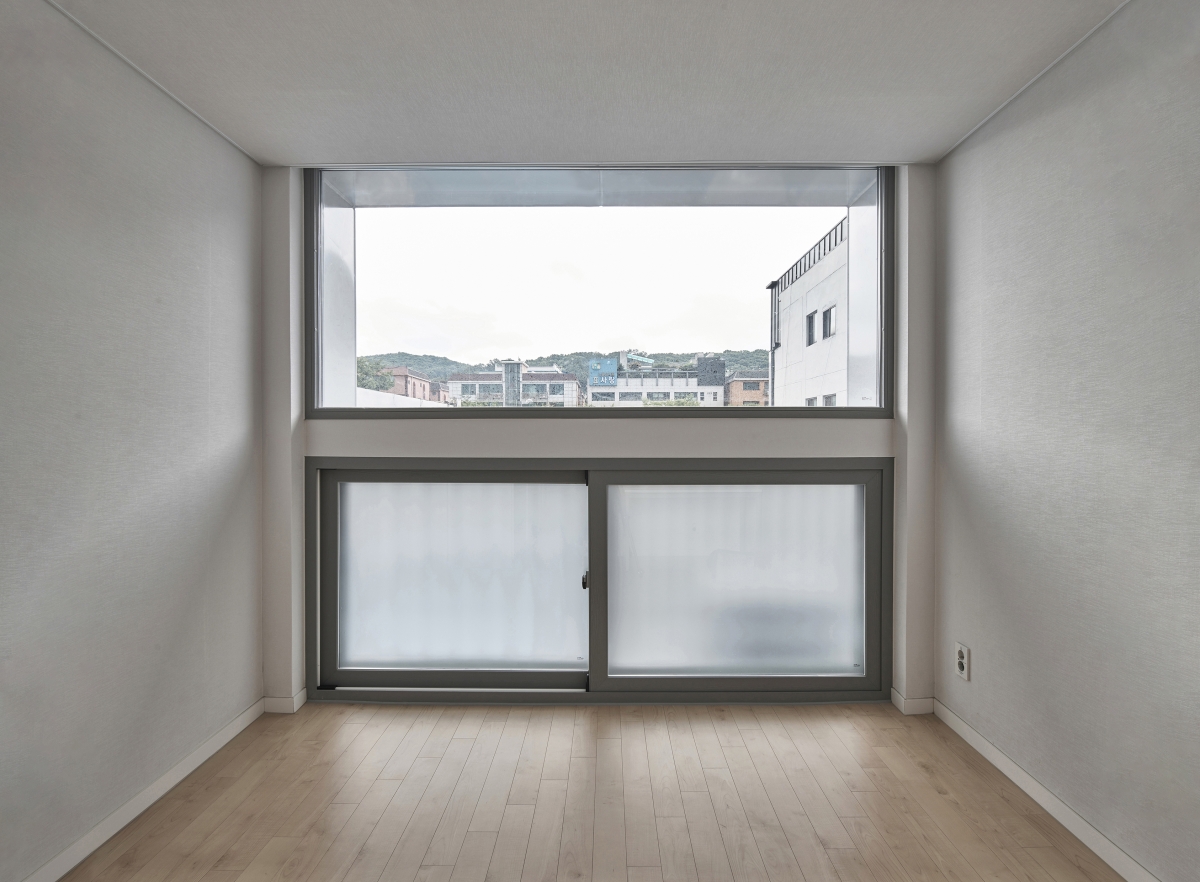 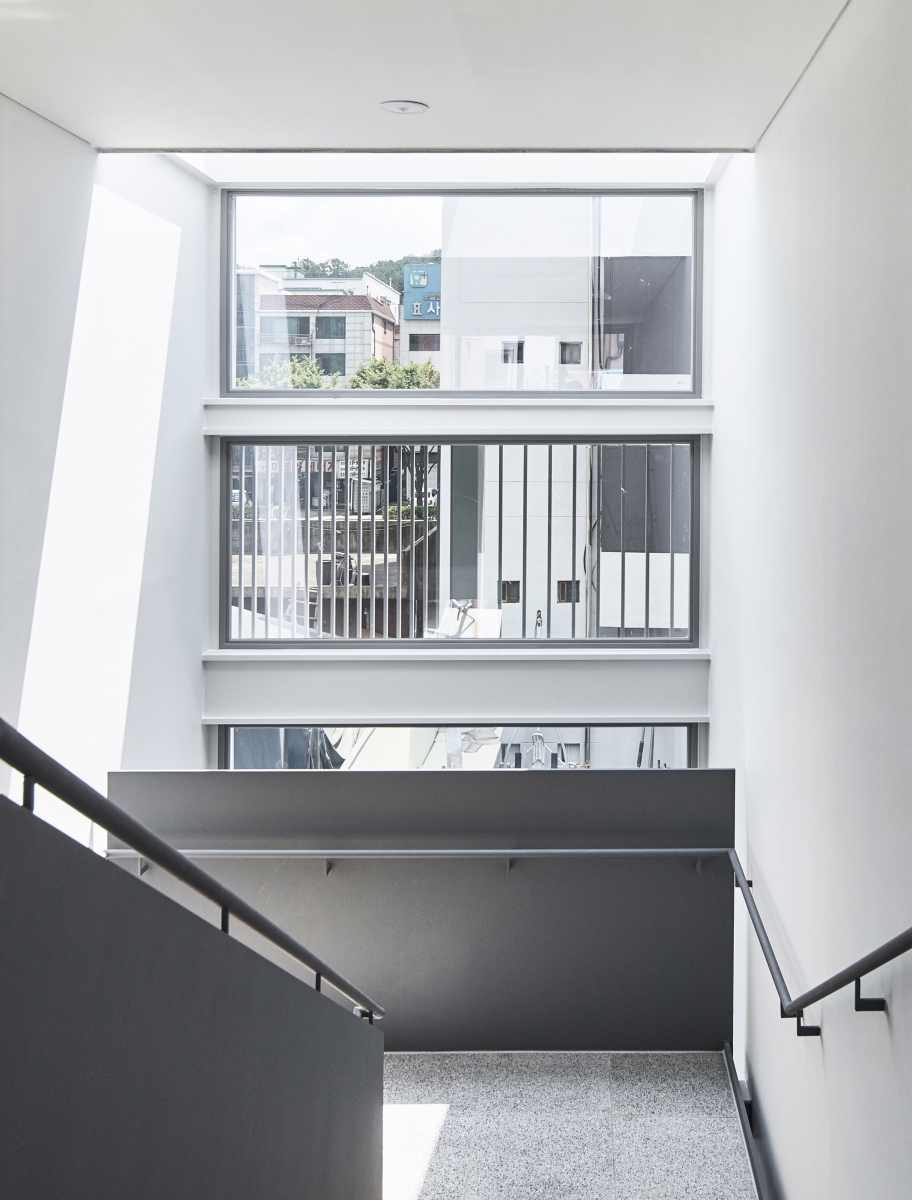 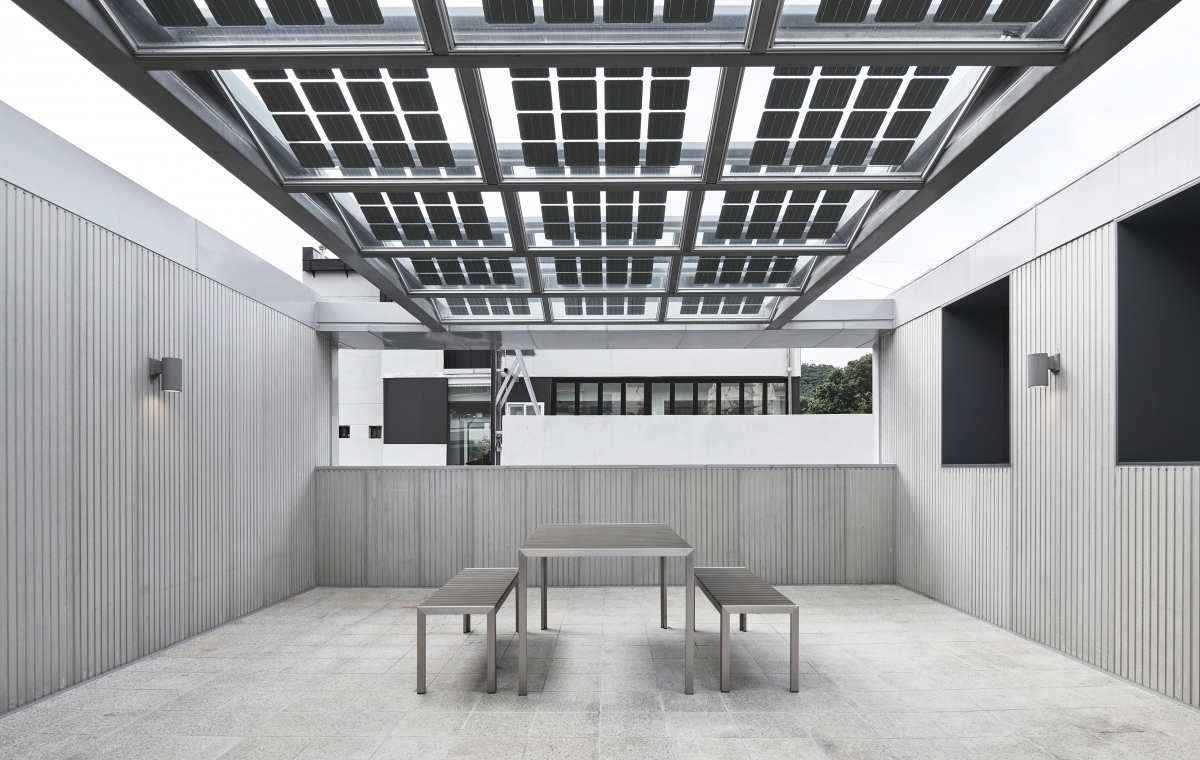 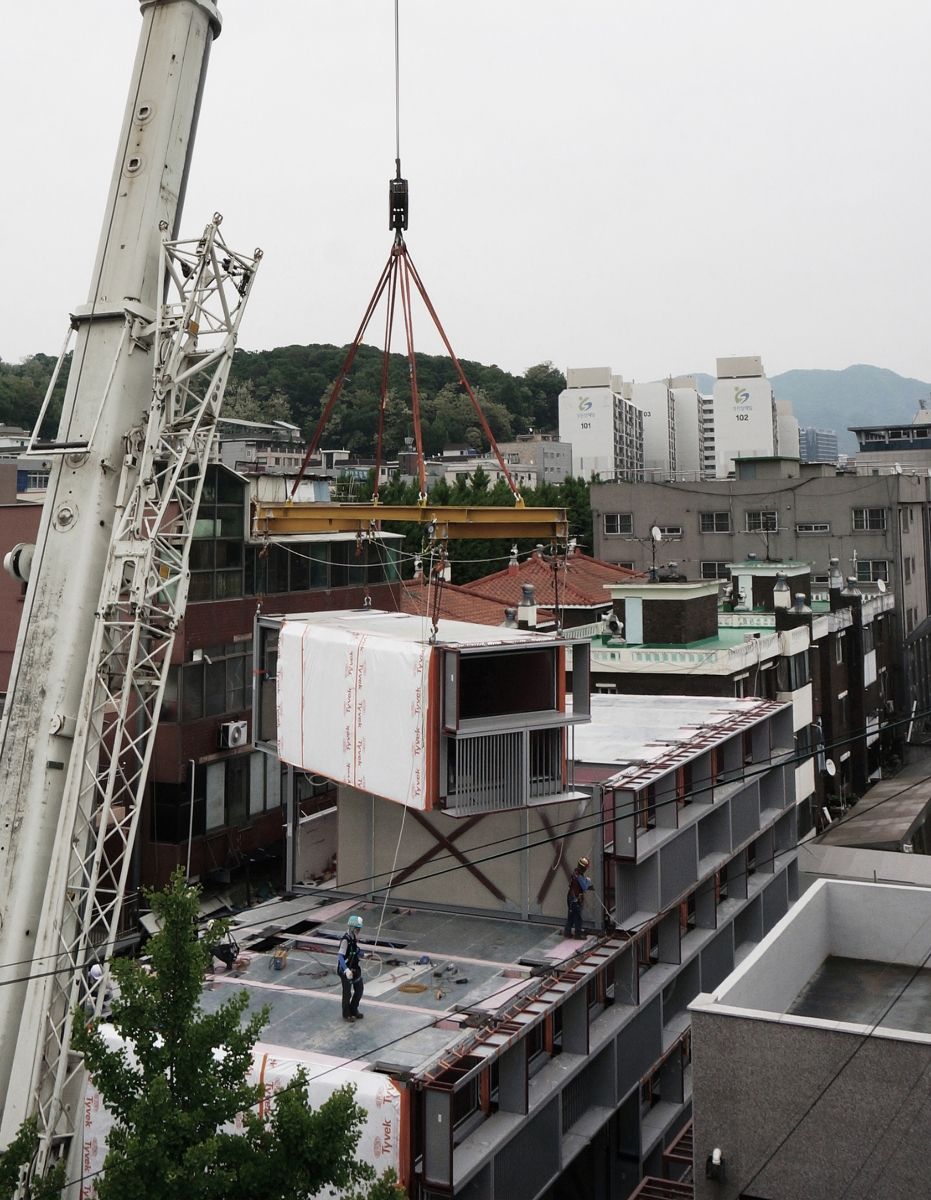 Kim Kiwon, Kelly Lwu
Kim Kiwon is the co-principal at design studio KKKL. He studied architecture at Yonsei University and at the Graduate School of Design at Harvard University. He is currently an adjunct professor at Ewha Womans University, and a registered architect both in Korea and the United States. He has worked at the offices of Reuss Weinzuffel Associates in Boston and Maki and Associates in Tokyo.

Kelly Lwu is the co-principal at design studio KKKL. She studied mechanical engineering at the University of Pennsylvania and architecture at the Graduate School of Design at Harvard University. She is currently a visiting professor at Inha University and has worked at Rafael Vinoly Architects in New York and Maki and Associates in Tokyo. She holds a LEED AP BC+D, an American architect license.