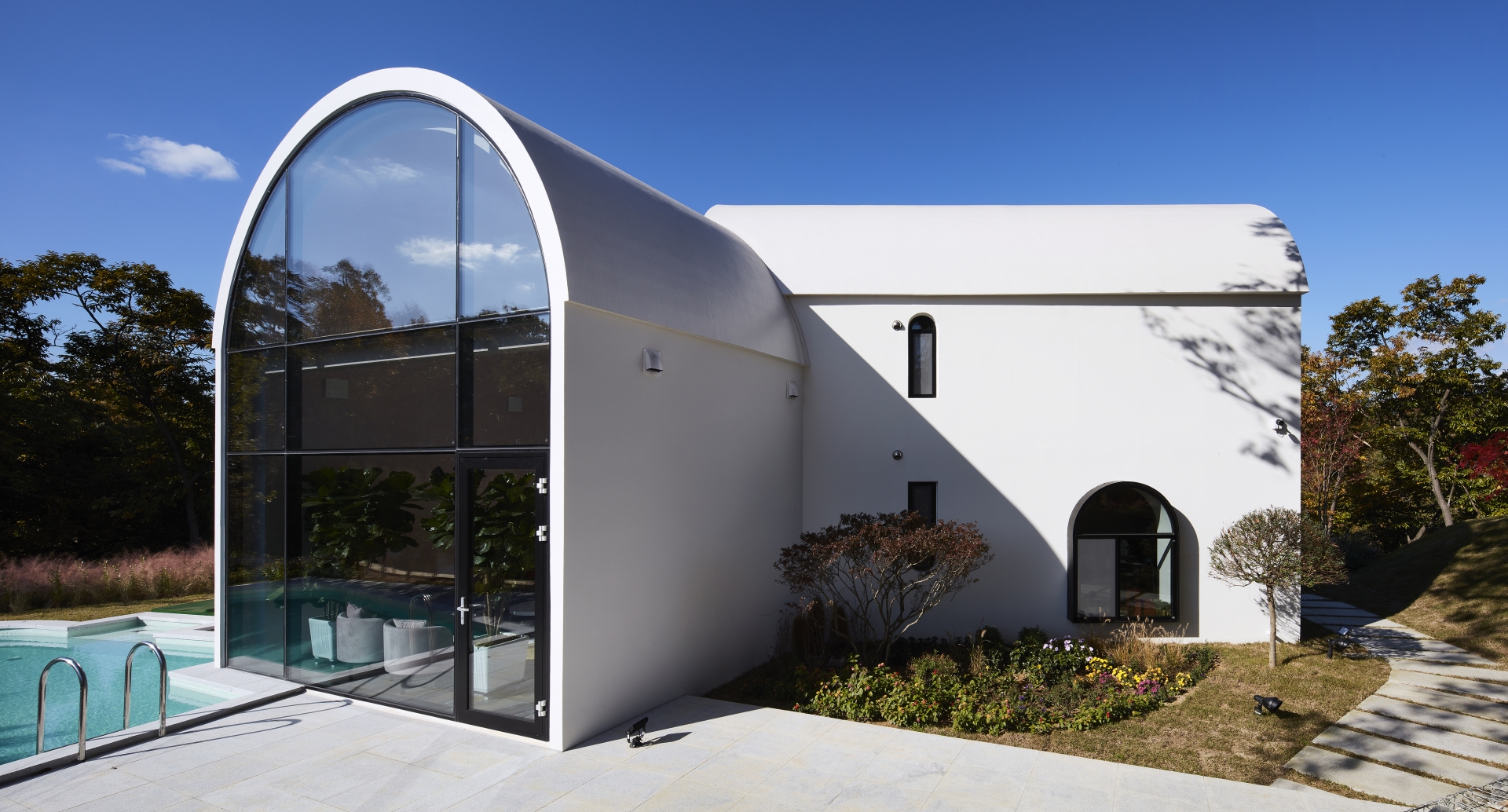 The Sensation of a Complete Space

Lee Sungje (Lee): The Vault House is a residential project in a suburb of Gyeonggi-do, which began life as a collaborative project by a construction firm specialising in developing town houses. What circumstances conspired to launch this project?

Chang Soohyung (Chang): Very little of the architecture that we encounter on a daily basis is the product of an architect’s professional touch. Residential projects are often ‘imitations’, typically with tawdry exteriors and floorplans. Research also shows that less than 2% of the world’s architecture has been built by architects. Personally, as a millennial with a highly individual taste, it has always been hard to come by affordable, well-made architecture that fits the needs of a family. As with IKEA or Vitra, which has increased access to design, I wanted to create an architecture that would benefit many people, and of which many could take advantage. The motto of our firm is ‘design accessible to all’.

Luckily, I met a contractor with both an understanding of the importance of design and an active stance towards developing new technical methods. Close collaboration allowed us to develop streamlined architectural design and technical engineering aspects from early in the design phase and to secure an economically viable project.

Lee: The external form and sense of space in the Vault House stands out from that of other country homes. Who were your target clients?

Chang: I have worked in Switzerland and the UK, where a ‘life within nature’ is held in high regard. The suburbs are full of extremely beautiful architecture. On the other hand, the Korean suburbs are only furnished with copycat residential projects. Intensive research efforts have been conducted at the pre-design phase to create one kind of residential project. We decided to risk it and take the way forward, despite some apprehension about how the project would be received. The external form is often an important feature in country homes. While the design process often begins with imagining how its form is to be seen from the outside, I made my start by considering how the user might experience the different spaces of the Vault House. It was hoped that the resulting space would be perceived as a single and complete ‘room’ rather than distinct external and internal ‘rooms’. This concept was inspired by Louis Kahn, who once said ‘the room is the beginning of architecture’.

Vaults have been traditionally employed as a device to create independent spaces. As seen in Louis Kahn’s Kimbell Art Museum, vaulted structures can invite external natural light to dwell within the project’s confines, creating the illusion of an exponentially expanding space. In the Vault House, the space is replenished by light which scatters along the vaults’ surfaces, blurring the lines separating the walls and the ceiling.

Lee: These three vaulted structures interact at opposing angles to establish the space. How was the overall space composed?

Chang: All spaces were designed to meet the needs of potential clients, except for the central vault which creates the sensation of a single room. The central vault houses a mezzanine: the living room and kitchen are on the ground level, while the mezzanine above the kitchen houses is a space for utilities. The living room, kitchen and mezzanine are all open spaces which seamlessly connect without walls. The curving surface of an additional vault, to the west of the central vault, gently wraps around and encloses the chambers. Two arched windows symmetrically face each other on opposing sides of the room’s central axis. The vault’s windows have been assigned a 60cm depth, to serve as window seats to sit and read or appreciate the scenery.

Lee: The atmosphere of vaulted interiors changes according to how natural light is introduced. This calls for close attention to the arrangement of the blocks, the placement and size of the outlets, the use of artificial lighting, and so on. What did you take into account when conceiving of the Vault House?

Chang: Natural light enters the living room of the Vault House, permeating the space to follow the contours above. The internal space is distinguished by this natural, ever-changing light and atmosphere, just like daylight. The reflected rays on the swimming pool would have been introduced inside to reinforce the natural light, if it had not been for the constraints of the site. In the evening, a chandelier glows softly glows in the centre of the living room, placed at the crux of the arch. Indirect lighting was favoured above shadow-prone recessed downlights, and accordingly, a chandelier of multiple beams of light was chosen to radiate along the curvatures of the vault, installed with diaphanous lightbulb covers.

Lee: I am curious about the construction process. The full-length window of the central vault is crossed by a beam, and it seems that the space would have felt more open without it. Were there any structural solutions for this?

Chang: Insulation was an issue more profound for the Vault House as it is much more open than other residential projects. While carefully thinking this through with the contractor, a technical solution was proposed to stack ALC blocks on a steel structure. ALC blocks have an insulating capacity and can be cut and installed on site like wood. Compared to reinforced concrete, it was simpler to construct and allowed for easy assembly particularly for the jointed corners of the vault. This technical method was optimal as it granted artistic license to the architect while cutting construction costs and working hours for the contractor. Nevertheless, the beam by the central vault remains regrettable for me. Despite several discussions with a structural engineer, its installation was inevitable due to reinforced local seismic design codes.

Lee: You have completed numerous projects related to country houses or glamping facilities. These projects are programmed for leisure and relaxation, more often located in the suburbs or the countryside than in the city. What are your thoughts regarding these typologies?

Chang: After working on the Knot House, I continued to work on many similar projects. My projects in the UK, where I currently practice architecture, are mainly in downtown London. Observing the Korean situation, it seems that there is a growing desire for a ‘house of one’s own’. This may be because more people wish to escape from the apartment blocks of the city as individual preference for high quality spaces becomes more diverse. I have experimented with typologies such as the minimal home for several years, as well as designing and testing various small-scale architecture projects like glamping sites or tree houses, which allow users to experience good quality, contemporary spaces - at least during their vacation. Predicting the rapid evolution of residential typologies in a post-Covid-19 world, I have a hunch that residential forms which allow people to live independently within nature will be preferred, compared to the dense multiple-family residential units offered at the same price. ​ 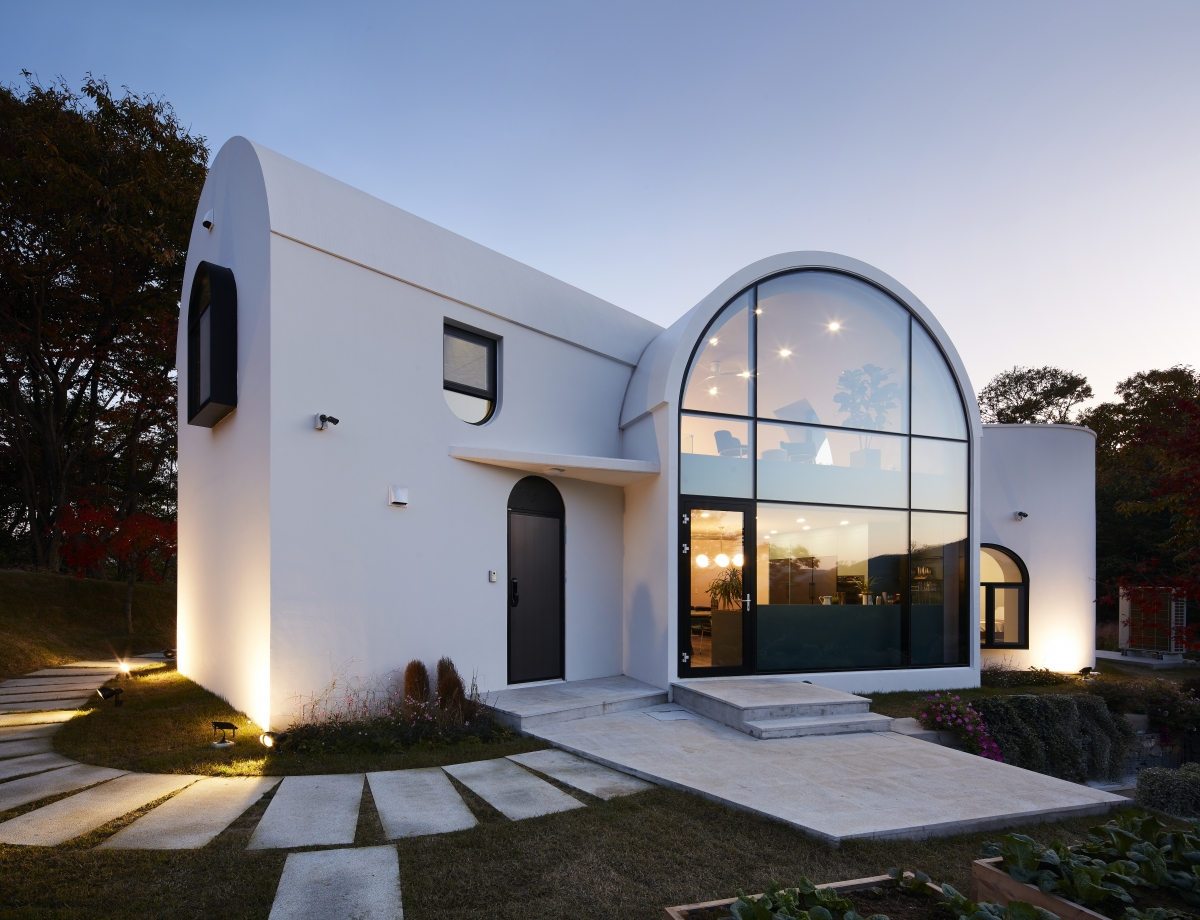 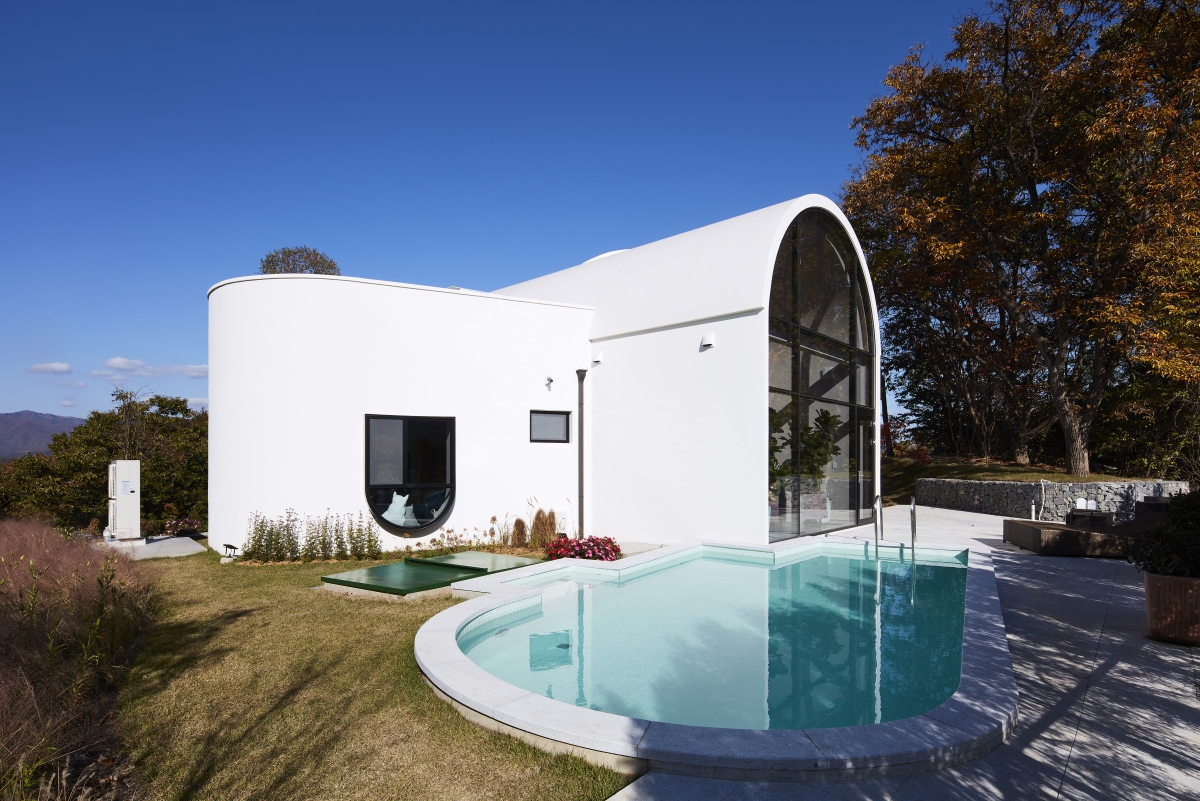 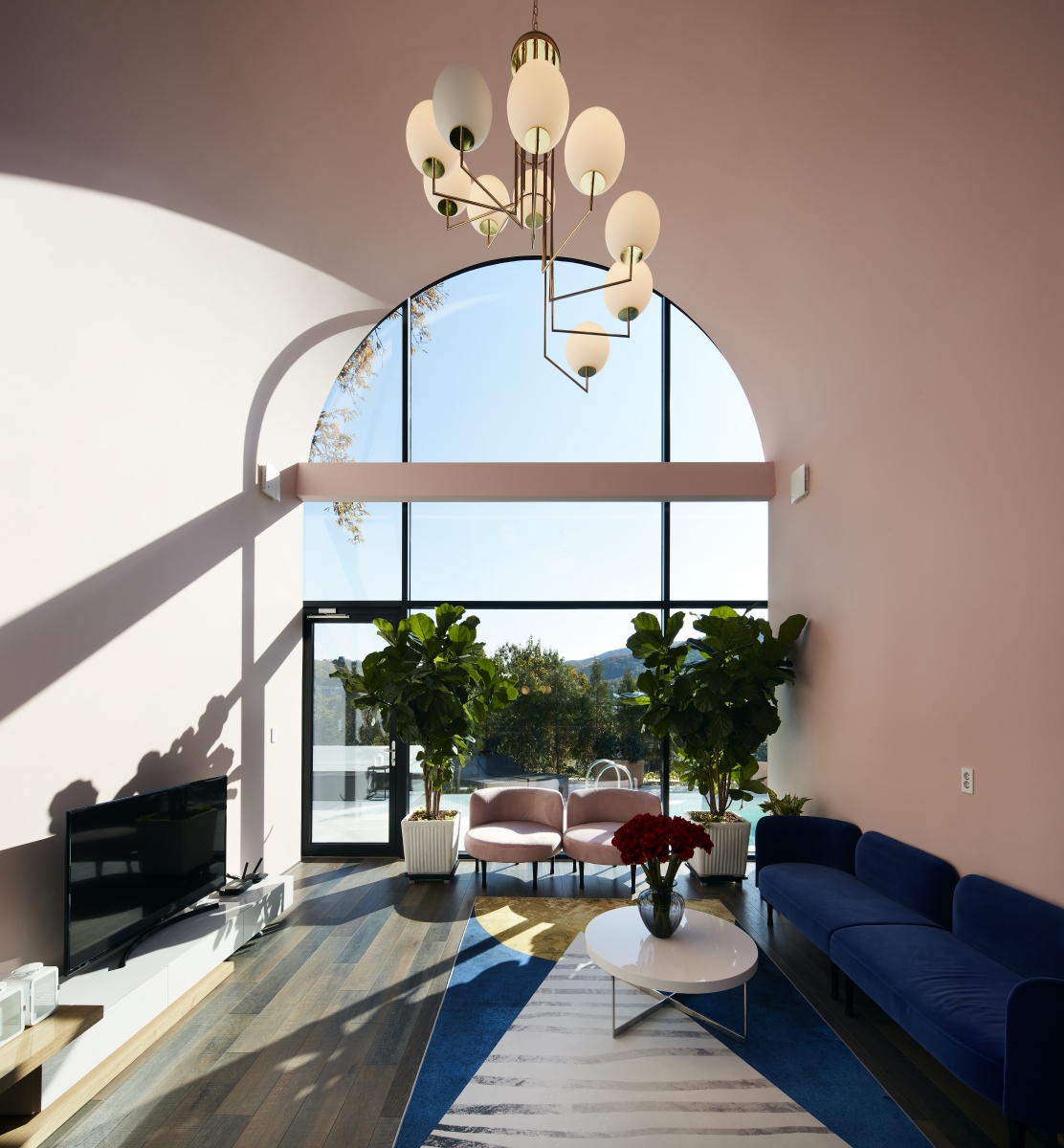 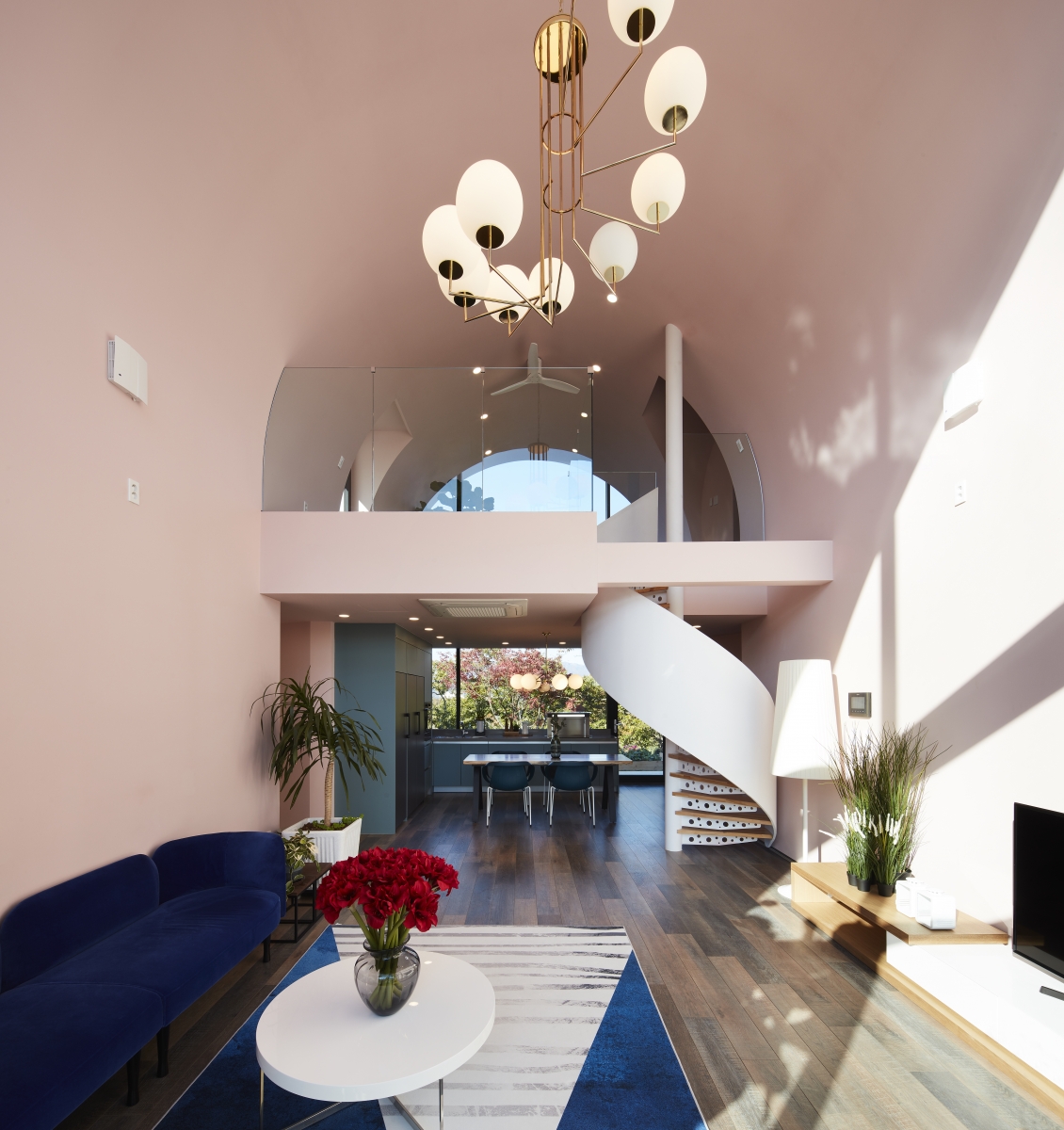 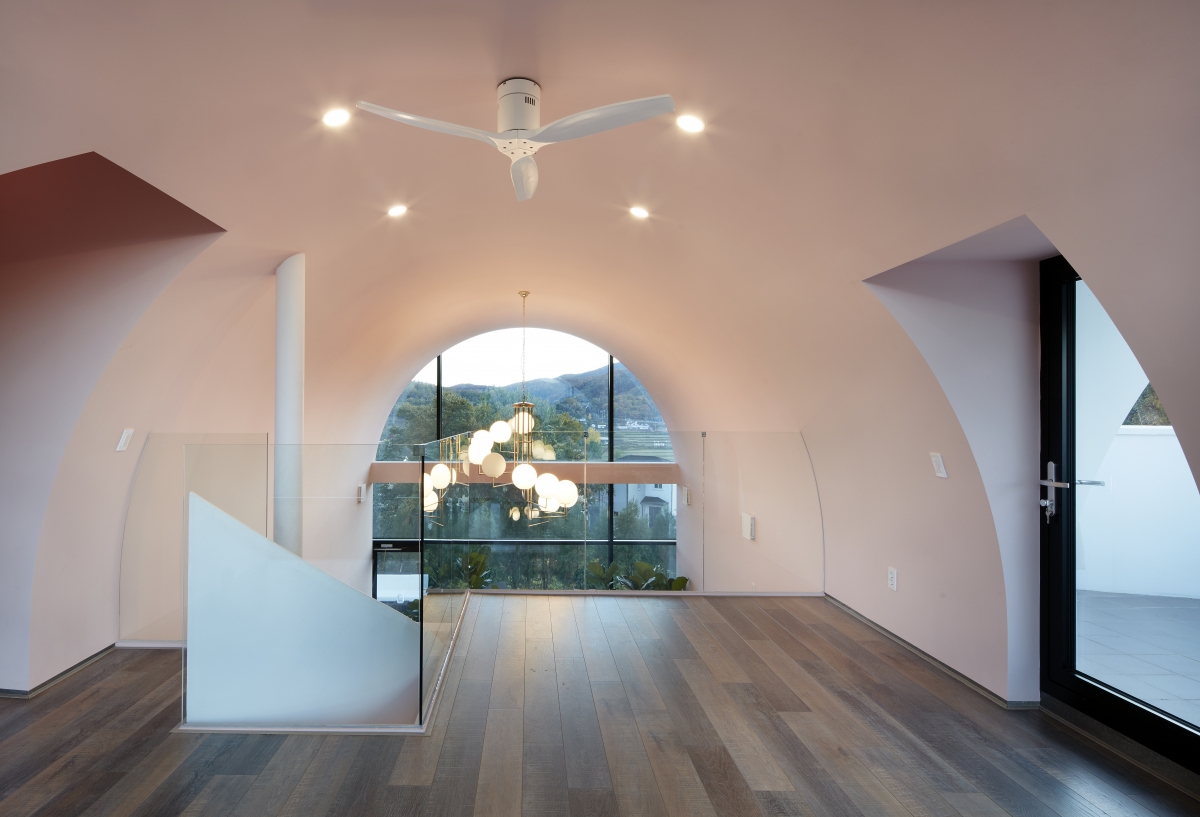 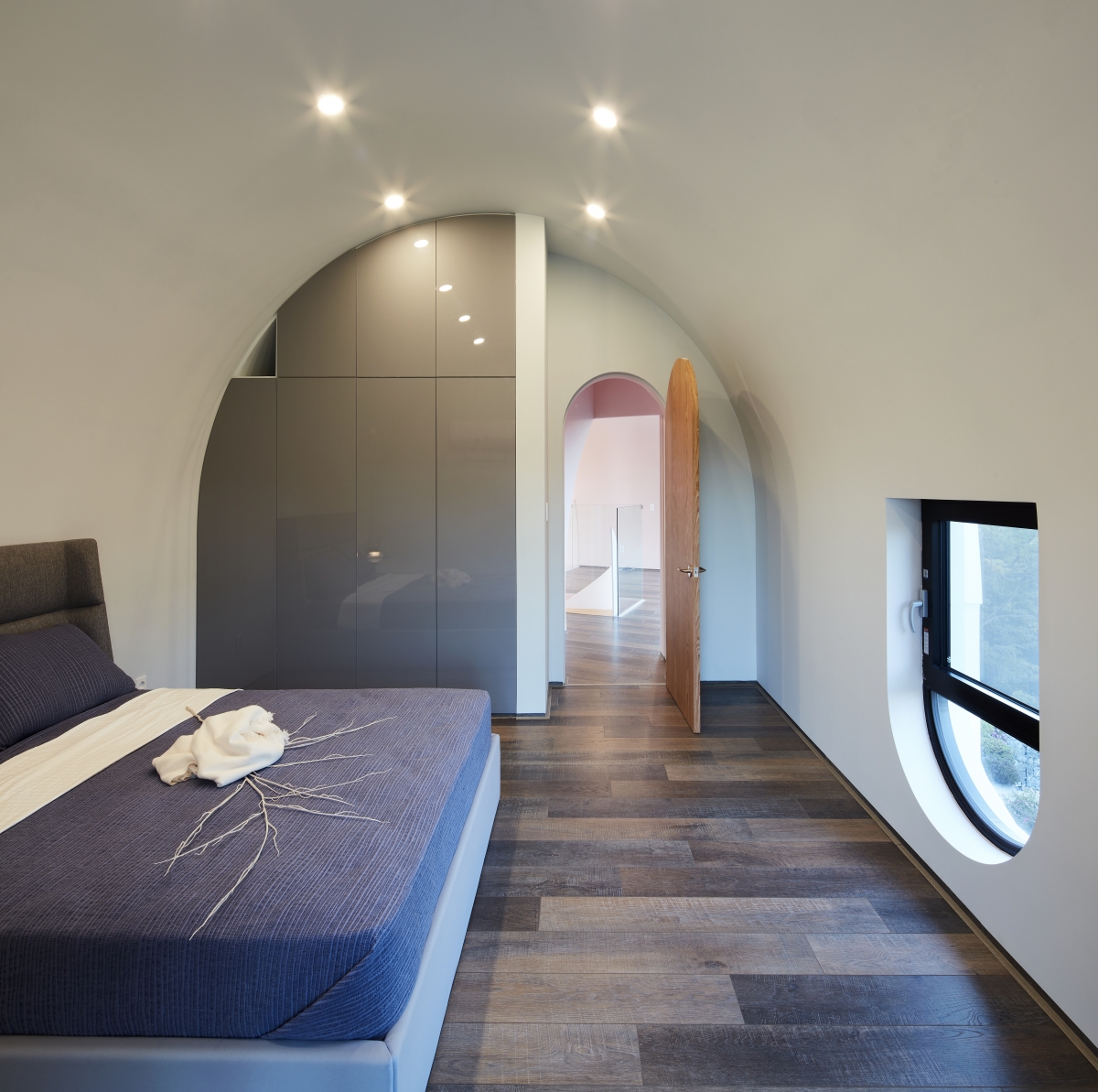 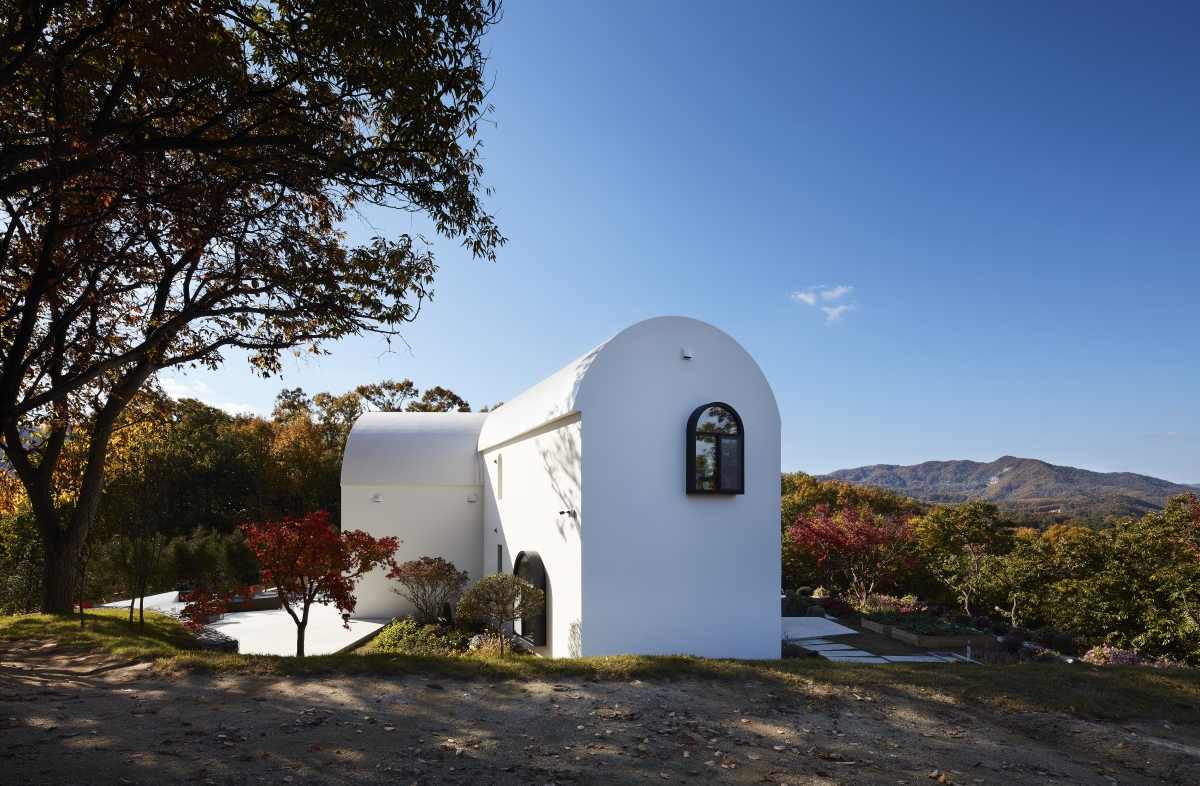 Chang Soohyun
Chang Soohyun received a Bachelors of Science in Architecture Design from MIT and a Masters of Architecture from Harvard Graduate School of Design. Thereafter, she interned at the Media Lab, Morphosis Architects and Zaha Hadid Architects (UK), and practiced as an architect for four years at Herzog & de Meuron in Basel, Switzerland, working on projects in Switzerland, the UK, India and Brazil. She established her own firm, Atelier Chang, in Zurich, Switzerland in 2011, and continues to practice architecture in London, UK.
No.632 July 2020 architecture town house suburb vault Louis Kahn room ALC block steel structure Atelier Chang Chang Soohyun
LIST
bookmark_border
favorite_border
48