A Landscape Flowing with Culture

When I first visited the Jochiwon Water Purification Plant a couple of years ago, the signboard ‘gam cheon ryu yeo ram’ caught my eye. The phrase means ‘flowing with mellow streams and embracing an indigo blue sky’. Now the facility undergoes the transition from a generation in industry to that of culture. The newly established site preserves the industrial facilities as a memorial, while serving as extraordinary new infrastructure for the regeneration of a new cultural garden.

The architect’s design concept for the project is the ‘altar to culture’. Through this concept, Jochiwon Cultural Garden becomes a meeting place of new configurations of the past, present and future, through the addition of a new ‘altar’ to the existing facilities. As such, the historic values and memories of the purification plant and the small park can coexist. By rediscovering the historic and place-based values of the purification plant, now deprived of its former role, and be excavating new values for the purification plant and making them discernible to people of diverse age, local cultures and value systems, the intention has been to enhance the degree of social interaction complemented by the new place-based potential of an urban garden.

The architect preserved the center building in its original state as a modern architectural heritage site, with the structure itself becoming an exhibition artefact revealing the history of the site, while injecting the interior with future potential through a strategy of moderation and emptiness. The two filter facilities, borne from function but now guarding the ‘placeness’ of the plant through form alone, embrace the confines of the park with the site as a symbol of mutual symbiosis. The outdoor exhibition hall derived from the former water tank facility expresses a relationship between the empty and the full, through the combination between the materiality of the concrete – long present through silence – and the temporality possessed by the incrusted traces on the water tanks. The center building – a community space, and the only newly constructed block through which the architect could unveil their identity – has been placed at the forefront of the park as an independent mass, creating a juxtaposition between the old and the new and expressing both independent functions and generational changes.

Nevertheless, one cannot help but wonder whether the project would have featured more future oriented values if a more restorative and renovative approach had been taken, such as proposing a relationship between the old and the new by restoring the original purification plant as it was built in 1935, and adding visibility to the overlaid brick wall in the 1970s and 1980s through an expansion by using new methods to integrate the two and breathe life into the project. One could imagine that the sense of place in the cultural garden could have been redefined if the value of its cultural heritage had been sustained by restoring the authenticity of the existing building, which had been harmed by the extension mass, while opening up the forefront of the previously discrete purification plant towards the city, using composition and arrangement to allow the new building to act as a backdrop. While maintaining the form of the extended mass and layering glass over the outer tiles could also be seen as a significant solution and adding a layer of perceived time, I feel that there is something lacking in being able to define the project as an issue-making statement between preservation of the old and intervention of the new. The reflective glass on the façade of the new block can be thought of as a gesture of ‘juxtaposition’, through its projection of the scenes of the water plant, yet the presence of the new center building and the extended mass adjoining the exhibition hall is felt ever more strongly through the reflective glass, leading one to question whether the materiality of the project may have been weakened through the use of transparent glass.

During this visit, what caught my attention in Jochiwon Cultural Garden was the genial sight of local residents working hard to tend to the gardens, and a landscape derived from a place that is enjoyed as a familiar part of the everyday, a park formed from an existing park and purification plant site once separated by a fence now integrated into a new promising whole. The park, with intricately detailed circulation pathways, seamlessly interweaving between outdoors and indoors, and the new choreography of aquatic features drawing upon the existing waterways, has been returned to the locals, each of whom can now nurture their own gardens through this permeable layer to their everyday. As such, the Jochiwon Cultural Garden is no part of a long accumulated history, as it supplies people with new cultural experiences, a cultural ‘water treatment plant’ producing future memories to come. I look forward to seeing how and in what form it will have established itself with great anticipation, when I visit it a third time. 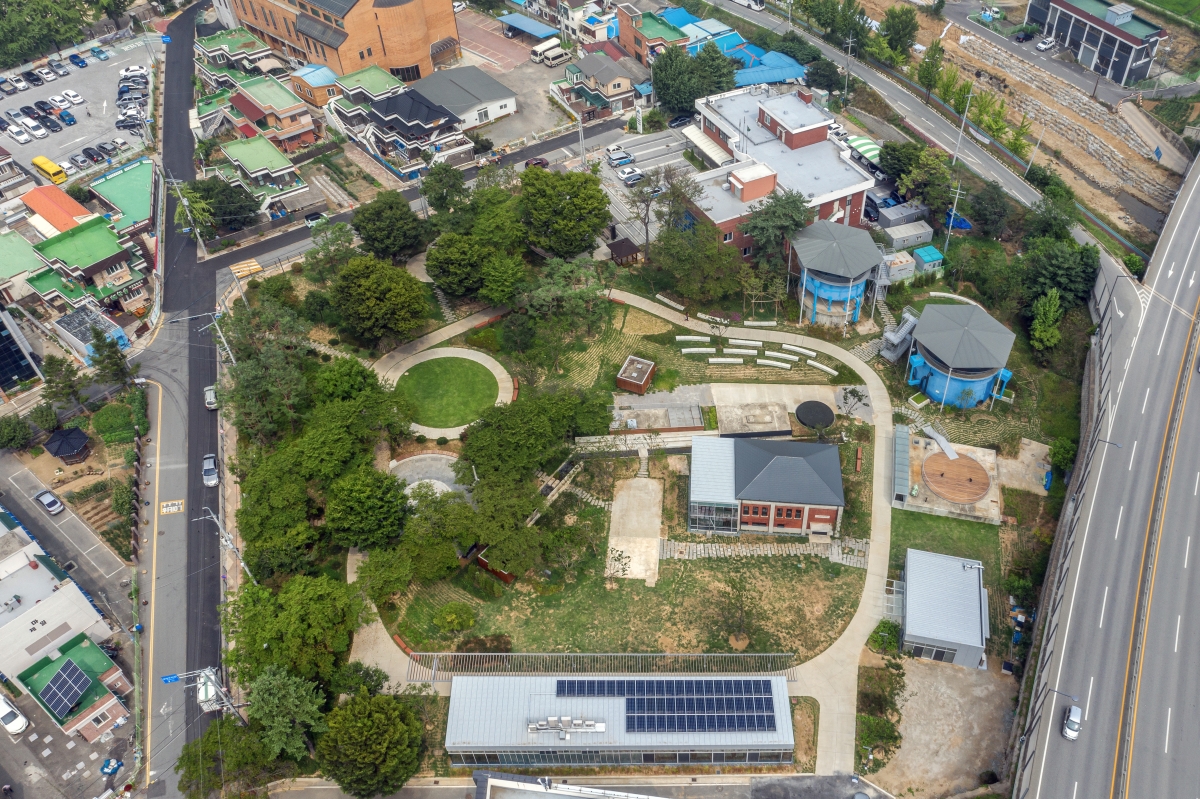 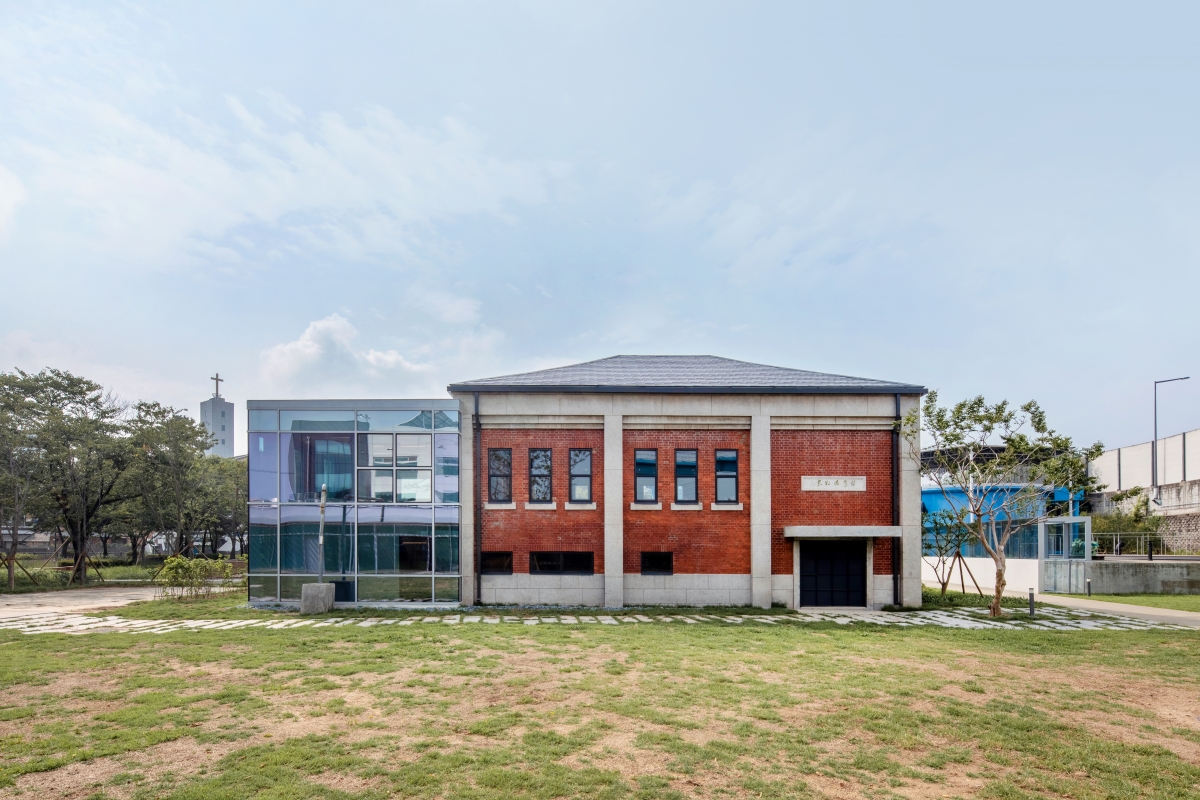 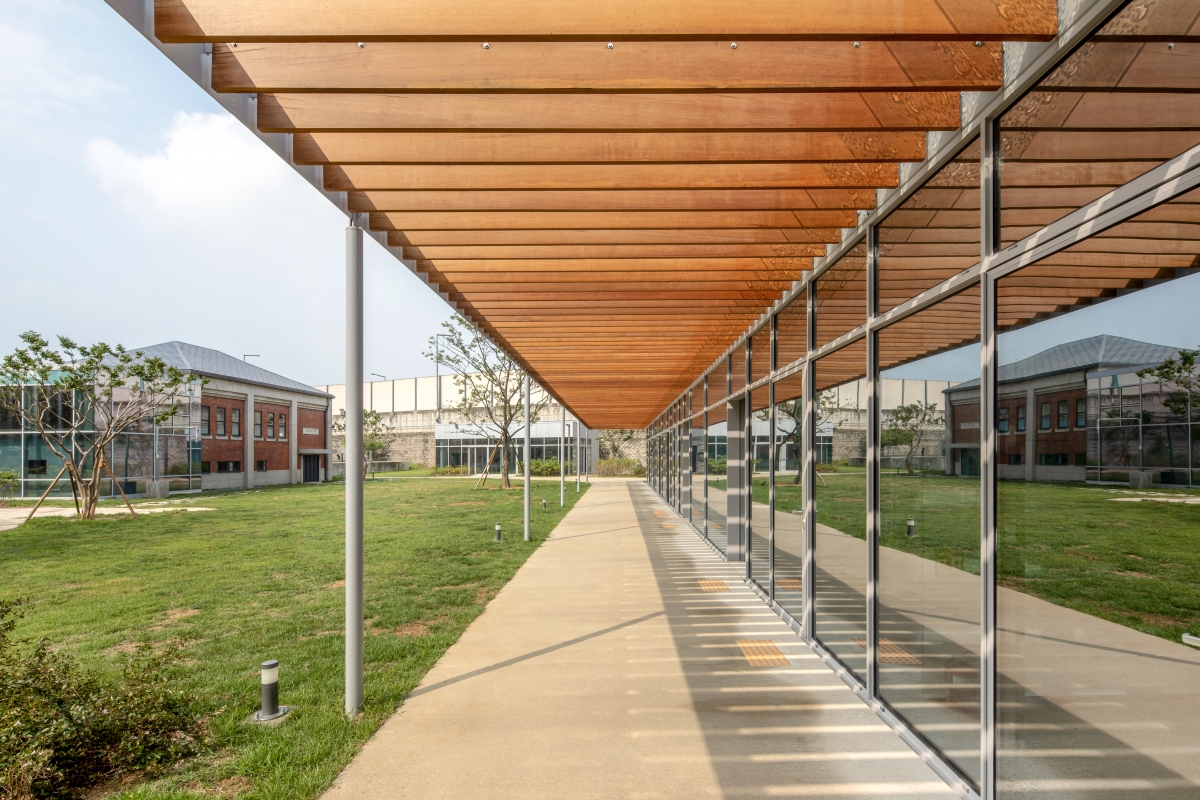 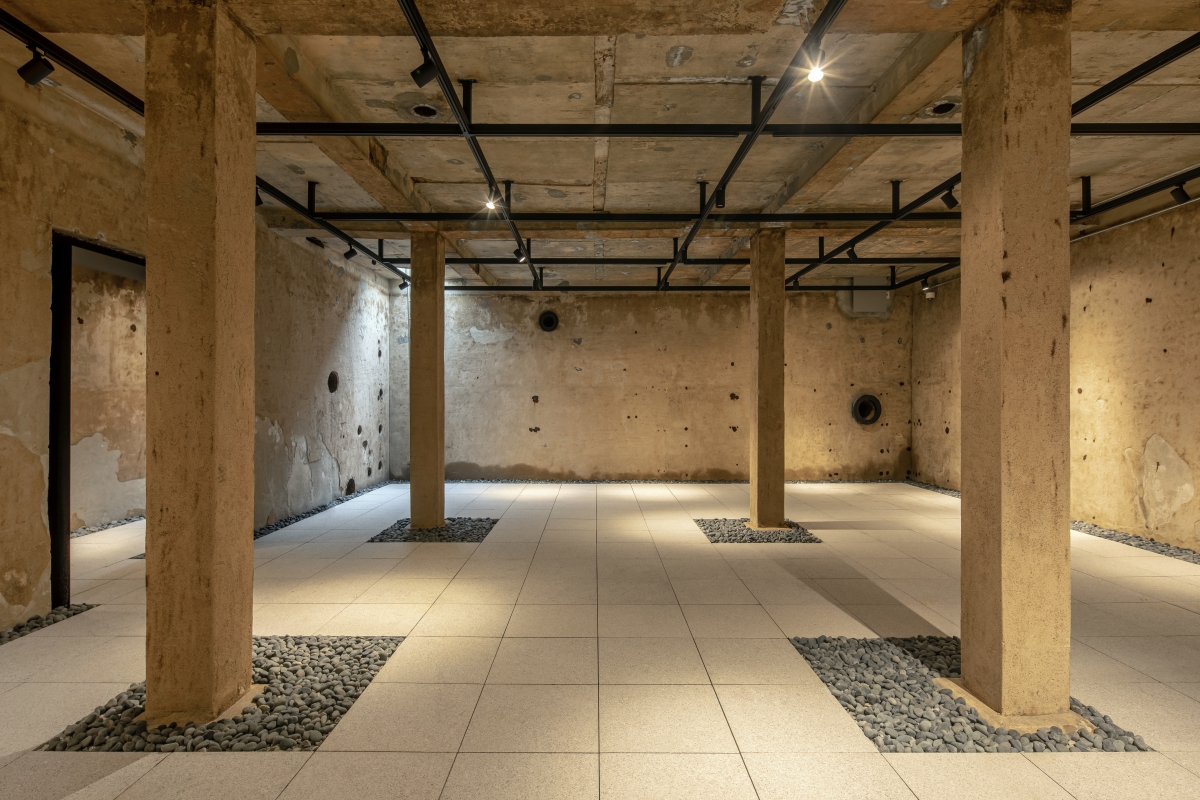 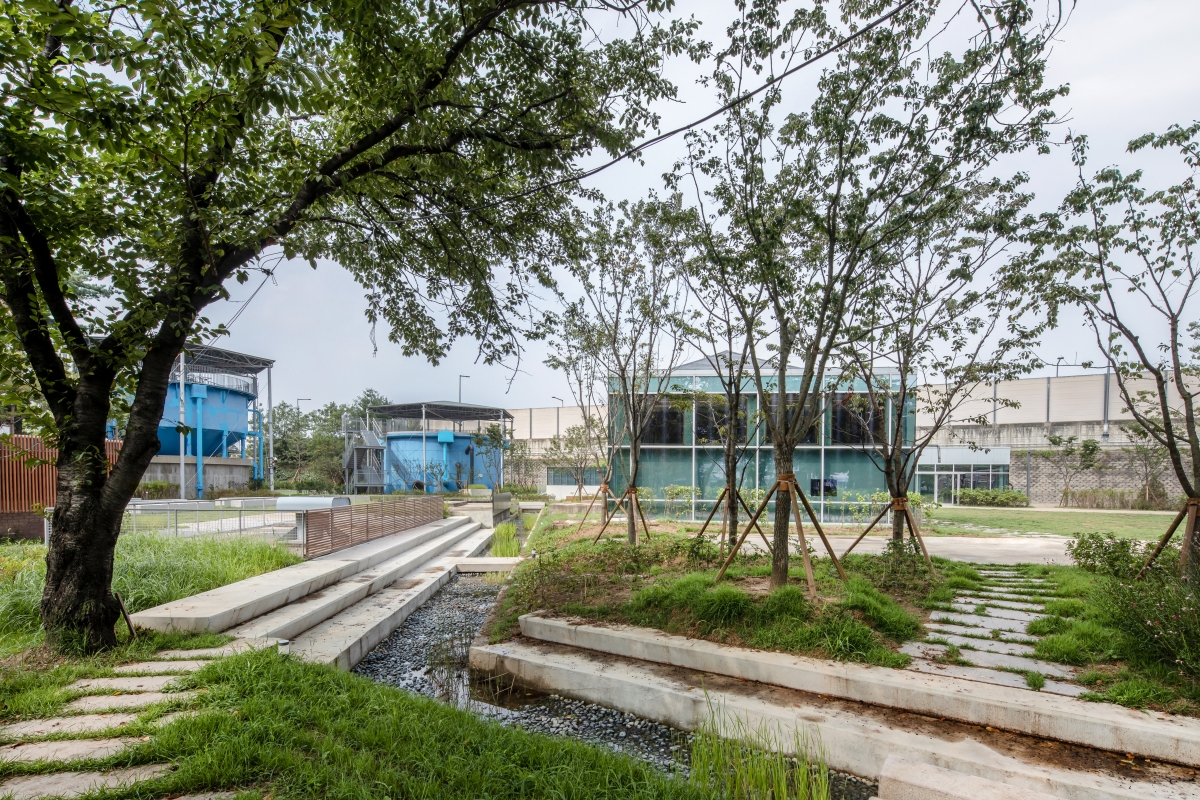 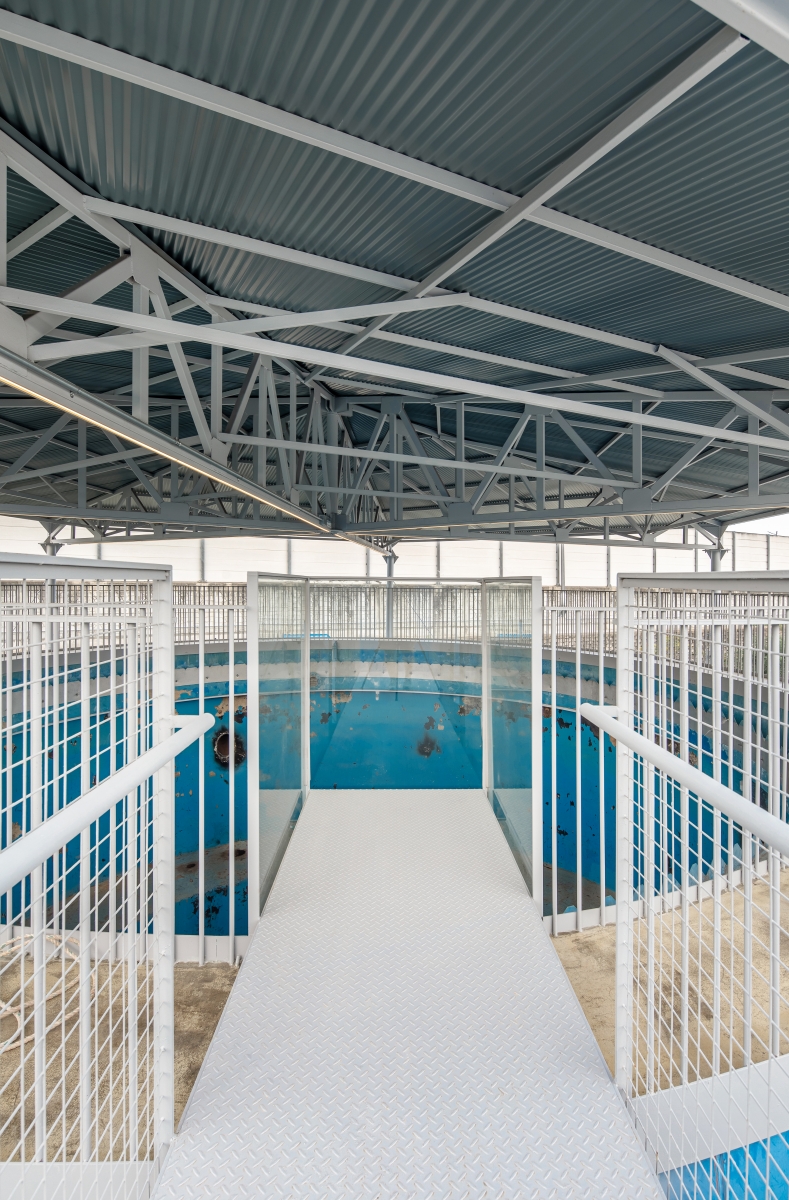