Interspersed throughout a steel frame are a lightbulb that flickers alive; a speaker tolls that like a bell at regular intervals; traditional Korean doors made of translucent glass panels and wood; and objects that appear to be manufactured by a 3D printer. They seem haphazard and tingle the visitor’s senses. These are aggregated into three groups, with massive screens that that showcase graphic displays above and a view of Dosan-daero and the flow of traffic beyond the glass windows below. ‘Variable Scape’ is a scene where reality and virtual reality mix as one.

Held at the Hyundai Motorstudio Seoul until Feb. 29, the show is co-hosted by Hyundai Motorstudio and Ars Electronica as a global art project that involves the work of eighteen artist groups and shown throughout the company’s studios in Seoul, Beijing and Moscow. It aims to ‘examine technological innovation and the potential and limitations of the human race’. The show held in Seoul features the collaborative interpretation of variable scape by installation artist Ye Seung Lee, musician Eun hee Cho, and Studio JaSeo.

For this show, the artists attempted to express the upheavals inherent in the current fourth industrial revolution through the lens of oriental mythology. This is their answer to the question: what are the effects of various media on the expansion of human senses, and what does this mean for a person’s physicality and humanity? It is inspired by Ye Seung Lee’s longstanding interest in Shan Hai Jing (Classic of Mountains and Seas), a Chinese classic text of mythic geography that includes mention of strange objects, beasts, peoples and regional cultures. Differences in time, place, and between reality and virtual reality lose all meaning in this perspective, and to a Western gaze that prioritizes logical and chronological order, Shan Hai Jing will be strange. Lee explains that ‘though we care to see only the beauty in the world, the uncanny and complex draws our attention too’, and that ‘(he) was curious to see how such things could come together in a single space to create a vision of the future’. <by Lee Sungje> 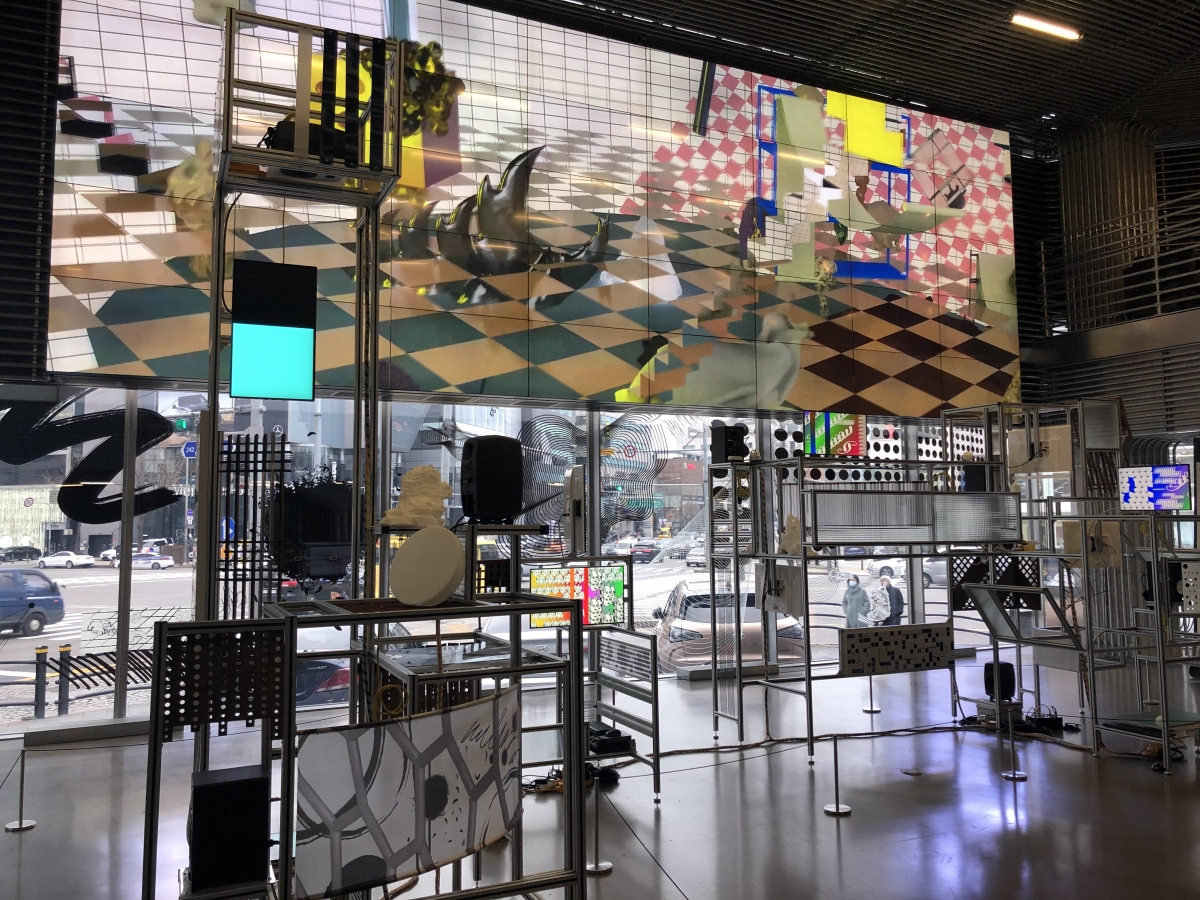