To celebrate the 30th anniversary of the founding of his firm, Seung H-Sang (Principal, IROJE architects & planners) will host the exhibition ‘Seung H-Sang.ZIP: Sentimental Topology’ at Paradise ZIP, a location renovated by the principal himself. On display are a total of 35 projects by the firm, from their earliest works including Sujoldang (1992) and Subaekdang (1999), to more recent creations such as the Muhakro Methodist Church in Hayang (2018) and Bugye Arboretum Sayuwon Myeongjeong (2019), in the form of 21 architectural models and 72 photographs.

Seung H-Sang declared his architectural philosophy in his 1996 publication, titled Beauty of Poverty. The book elaborates on his emphasis on the hollow or referenced terms such as the ‘Urban Void’, ‘Culturescape’ and landscape to detail his aesthetic ideology. For this show, Seung has chosen ‘Sentimental Topology’ for his slogan. According to the architect, good architecture should ‘help its inhabitants discover their goodness, truth and beauty within them everyday’, and that ‘Sentimental Topology is the landscape that is composed of this kind of good architecture’.

This belief is apparent in the physical layout of the exhibition. There are no exhibition captions that accompany the displays. Leaflets available near the entrance provide an overview of the individual projects, but the show space itself is filled only with models created by 3D printers, black and white photographs, and short pieces of writing. Standing in contrast to the majority of architectural exhibitions that focus on the relaying of information through floorplans, diagrams and project descriptions, this creates a more physical experience that gives greater free rein to visitors’ senses.

The exhibition also showcases ‘Monk’s Chair’, a piece of furniture designed by Seung, and the art medal of the highest honor awarded in to him in Oct. 2019 by the Austrian government. Entrance is free, and the show will be on display until Feb. 29. 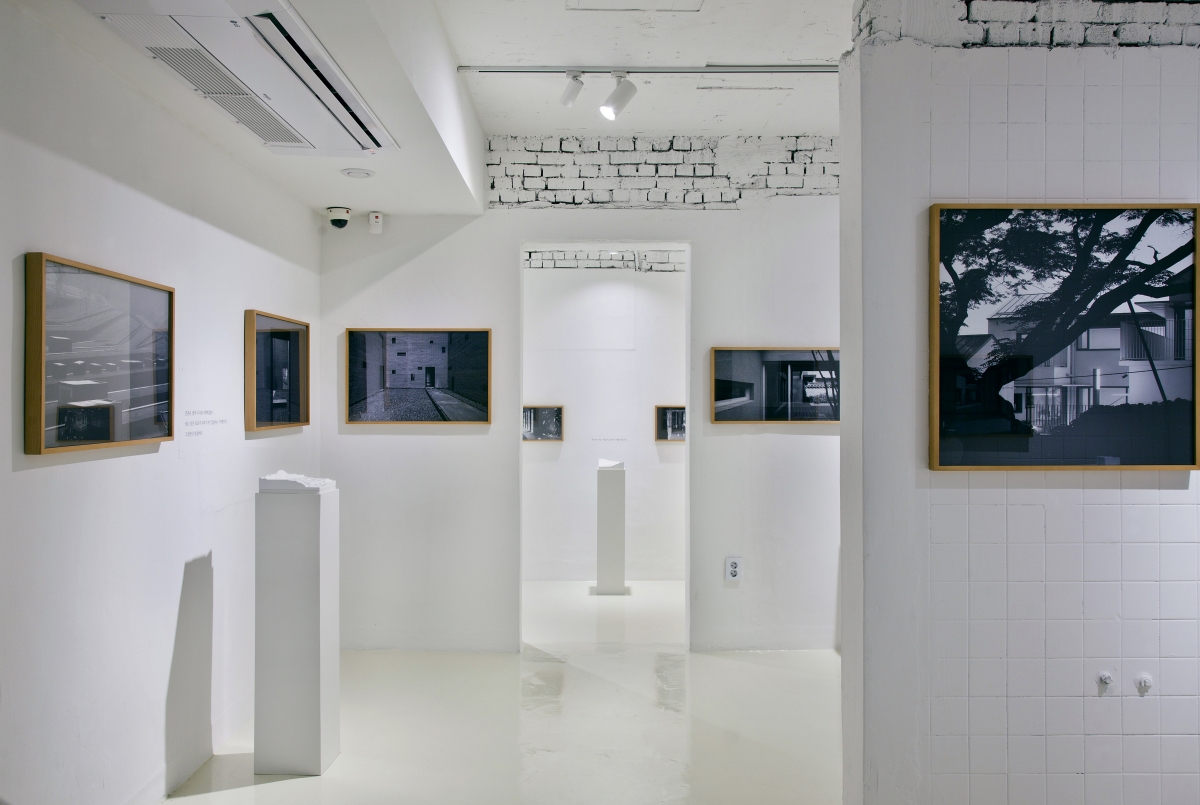