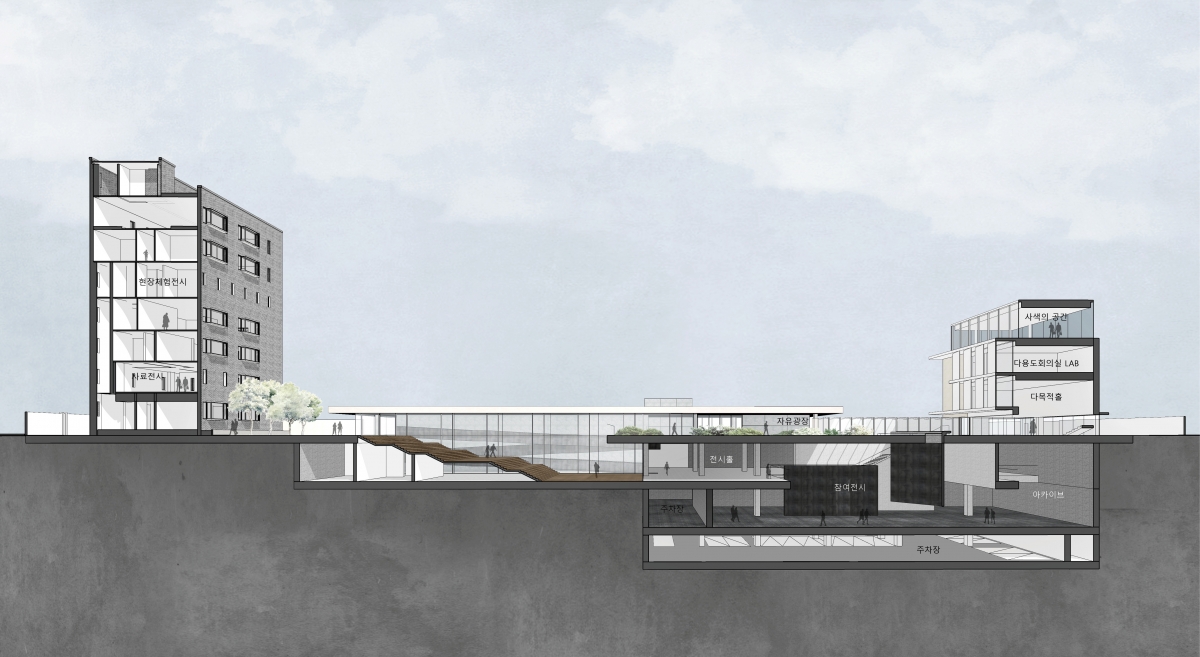 Section of anti-communist branch and the memorial hall ​ⓒDIA Architecture​​ 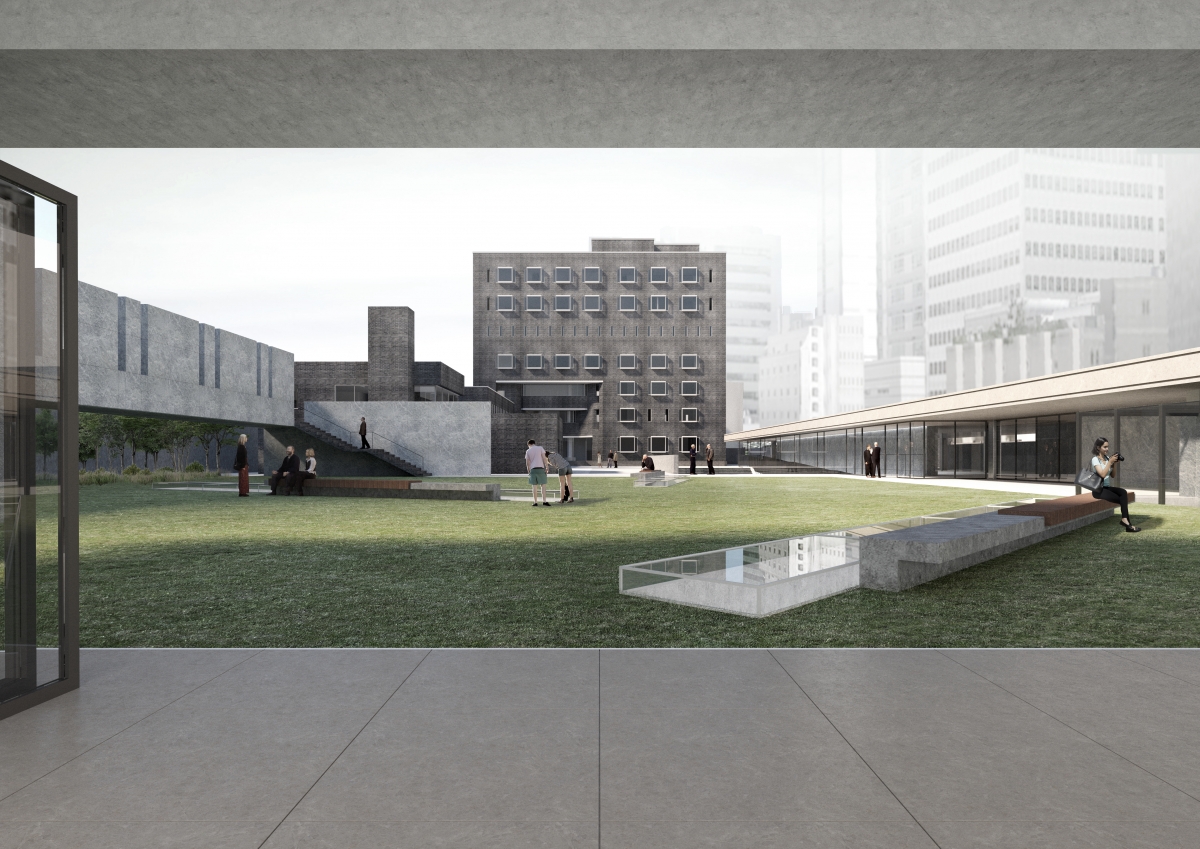 On Dec. 13, 2019, the Ministry of the Interior and Safety (hereinafter MIS) announced that it has picked DIA Architecture (principal, Chung Hyuna)’s design as the winner of the Competition for Democracy and Human Rights Memorial Hall. The memorial hall will replace the National Police Agency’s Security Branch located at Namyeong-dong in Yongsan-gu, Seoul, which was originally used as an anti-communist branch of the National Security Headquarters. This building, which was designed by Kim Swoo Geun, operated under a false name, the ‘International Maritime Research Center’, since its construction in 1976, but it became widley known as the ‘Namyeong-Dong Anti-Communist Branch of the Korean National Security Headquarters’ after news of Park Jongchul’s torture and death in 1987 was leaked.

This design competition was proposed to introduce a memorial hall that would stand for democracy, human rights, and peace on the site where the anti-communist branch used to be. For the competition, MIS put forth a number of mandatory conditions: first, the anti-communist branch building had be kept in its original state, as much as possible; second, the design had to form an organic relationship with the surrounding buildings; and third, the design should include exhibition space, storage room, a multipurpose hall, a multipurpose meeting room, a research lab, and a management support space.

The prizewinning DIA Architecture proposed ‘a low line of sight towards history’ as its concept. The design stands out for its placement of the main exhibition facility and archive room in the basement, and this was done to preserve the original building and to retain the historical properties of the site. The traffic line design induces the audience to continuously intersect with the original building, the new building, the external space, and the basement space. The audience enters via the permanent collection hall on the first floor, is then led to the permanent collection hall at basement 1, then to the outdoor exhibition, and to the original anti-communist branch building to experience the site and view the historical records. The audience is then led to the basement again to view the special exhibition and participating exhibition before being brought to the road of healing and space of contemplation by passing through the freedom plaza on the first floor.

A total of four committee members participated in the review. Jung Sujin (principal, SIE:ARCHITECTURE) reviewed the design as having ‘most appropriately embraced the required conditions’ and that its ‘exhibition space is most impressive’. Park Hyunjin (principal, HJP Architects) added that while ‘the relationship setting between external space and its surroundings is praiseworthy’, there remained ‘a need for a facade study that would correspond to the Yongsan Garrison’. Lee Eunkyung (principal, EMA Architects & Associates) rated highly ‘the arrangement scheme that follows the site interpretation’ and pointed out ‘the ability to preserve the closed aura of the original building while securing a sense of openness’ as the reason for her decision. Jun Borim (co-principal, IDR Architects) expressed that ‘the spatiality of the exhibition hall is varied’ and that ‘the finish of the building mass is most appropriate and elegant’, while also agreeing with Park Hyunjin that ‘the building facade facing the Yongsan Garrison is too closed’.

The Democracy and Human Rights Memorial Hall is expected to receive investments of 23.1 billion KRW for construction and 2.7 billion KRW for additional facilities. It is hoped it will open its doors in the second half of 2022.