Ever since it was announced that Seoul Metropolitan Government’s plans to revamp Gwanghwamun Square would be put on hold, a string of public hearings, debates and forums have taken place to discuss the future of the project. One such event was at the National Museum of Korean Contemporary History (NMKCH) on 5 Dec., at which a panel of experts engaged in a discussion of the significance of Gwanghwamun Square in Korean modern history.

Opening the debates was a keynote speech that revisited Gwanghwamun neighborhood’s experiences and history to suggest the possibility of new research. The presenter, Song Eunyoung (professor, Sungkonghoe University), explained the location’s current landscape through a lens that incorporates the liberal arts, societal conditions and everyday life circumstances stretching back to the 1960s. She emphasised the need for further research to reach beyond a traditional approach that focuses on the grand narrative of Yookcho Street to expand perspectives centring on mobility, gender, feminism, as well as improving accessibility to jobs and housing.

In the second half of the proceedings, the speakers Yum Bokkyu (professor, University of Seoul), Kim Baekyung (professor, Kwangwoon University), Park Hyunwook (director, Seoul Museum of History), Hwang Doojin (director, Doojin Hwang Architects), Baek Youngran (principal, History Books) and Park Chanhee participated in a panel discussion. Hwang Doojin pointed to the residential population of the Four Great Gates area as one group whose perspective matters in relation to the research potential of the Gwanghwamun neighbourhood, as highlighted by Song Eunyoung in the earlier address, adding that although their current numbers have dwindled to the 200,000~300,000 range, they are worth noting for the way they’ve managed to turn urban collective dwellings in commercial office buildings behind the Sejong Center for the Performing Arts since the 1970s. Park Hyunwook commented that the rise of bars, coffee houses, schools and private academies in the Gwanghwamun area have helped to draw public attention to the area, in the way of providing spaces for people of different socio-economic classes to voice their concerns and enabling easy access for students to congregate.

Kim Baekyung argued that it was between 1968 and 1995 that Gwanghwamun Square was transformed into a public platform. In 1968, the Square’s levels above ground were cleared, removing the tramway tracks to be replaced with the construction of an underpass. It was at this time that the now famous statues came to take their place, imbuing the area with a symbolic significance. That tide crested in 1995, when the colonial era Capital Hall building was demolished to give rise to interest concerning the axis of Gwanghwamun and the restoration of Gyeongbokgung Palace. Baek Youngran focused on the NMKCH, stating that ‘the museum’s spatial configuration and exhibition layout needs to change in order for citizens to perceive Gwanghwamun as somewhere in which they can share their opinions freely’. Park Chanhee concurred with this opinion, calling attention to the lack of a sense of physical connection between the museum and Gwanghwamun Square, despite the historical significance of the latter. He drew on Seoul Baekje Museum and Mongchontoseong Fortress as examples of museums that remained connected to their physical surroundings, and called for the NMKCH to create an exhibition space that would do the same. 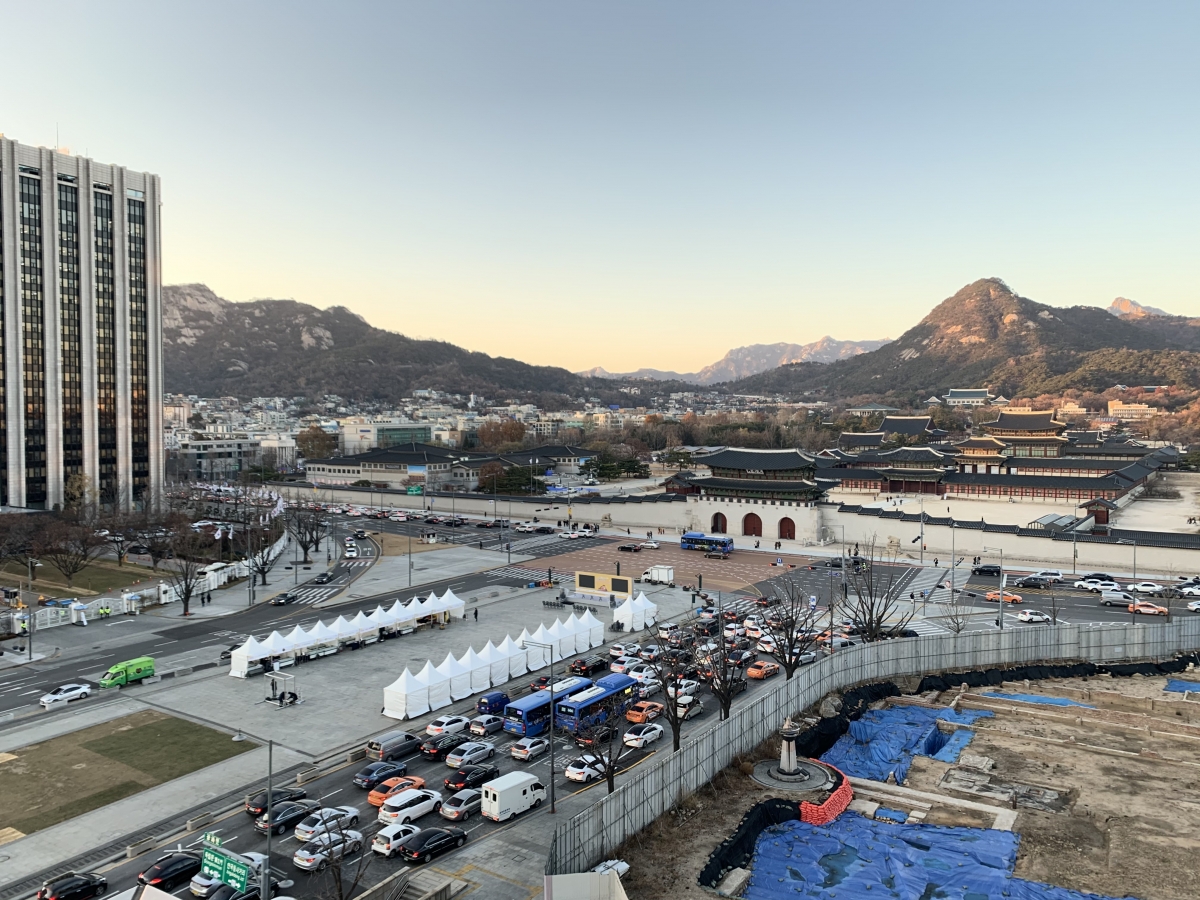 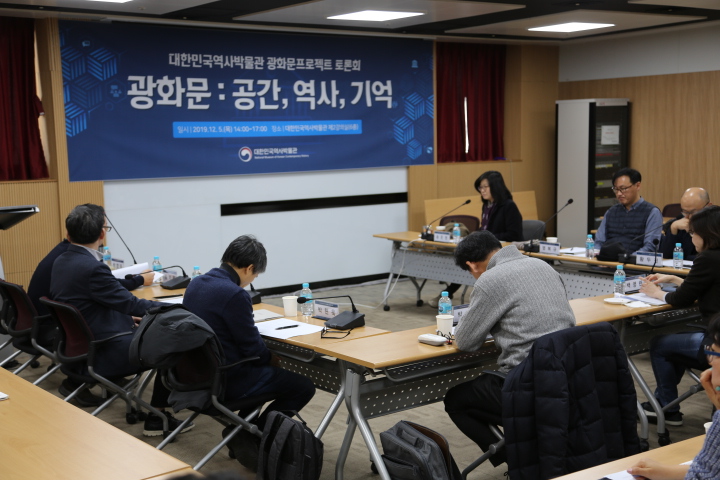