Standing on the platform of Namyeong Station, on subway line No. 1, a neat black brick building over the screen door catches the eye. The building, built in 1976 and expanded to seven floors seven years later in 1983, was the so-called Namyeong-Dong Anti-Communist Branch of the Korean National Security Headquarters. Consisting of the main building, an annexe, and an attached building, the structure, designed by Kim Swoo Geun, has long been used to oppress those critical of the authoritarian regime. The site, which was later changed to the National Police Agency’s Security Branch and human rights centre, will be transformed into the Democracy and Human Rights Memorial Hall in 2022.

The exhibition, ‘Unlock,’ which opened on June 10, was conceived as a memorial to the past human rights abuses experienced here and to announce the ways in which this place will be reborn as a memorial hall to democracy and human rights. A total of eight teams will participate in exposing the dark past of this site. Kim Sangkyu (professor, Seoul National University of Science) explained the purpose of the exhibition: ‘I organised the exhibition in the hope that this place would not be forgotten as if it were merely a trace of the past, or as if it was already over, so that constant dialogue could continue’.

Jackson Hong installed an outdoor sign structure Blank on the rooftop of the annexe building. The 1.5 metre-long sign reads ‘Confirming information about the building’: ‘Kim Swoo Geun’, ‘steel-concrete black brick’, ‘1976’ and commas exist between these words. However, the wide gap between ‘Kim Swoo Geun’ and ‘steel-concrete black rick’ makes us ponder the unwritten and indeterminable facts.

Jin Dallae & Park Woohyuk’s Red Rectangles attracts the attention of visitors with a work embossed on the outside the building. The work inserted a red plate into the windows of a narrow five-story investigation room, and from the outside, the red pattern along the fifth floor of a black brick building seems beautifully designed. However, this was an artistic attempt made to remind people of the block’s history and of a time when a red light shone from the investigation room.

Unmake Lab noted the attached building of the Anti-Communist Branch, which was used as a cafeteria. With everyday sounds filling the currently empty second floor, they installed Banality of Things on one side. The machine sits under a leaking pipe to invite dripping water, repeatedly moving up and down like a see-saw. Simple movements and sounds remind us of the barbarism committed in this building ? this savagery is not estranged from our everyday life.

In addition, this makes us revisit the past and present through works including Beyond the Staircase (Chung Isak), a combination of architectural elements in the building, such as stairs and walls and stairs, and Testimonies of Senses (Kim Young Chul), which conveys testimony from victims through light and sound. The exhibition is on until Sep. 29. 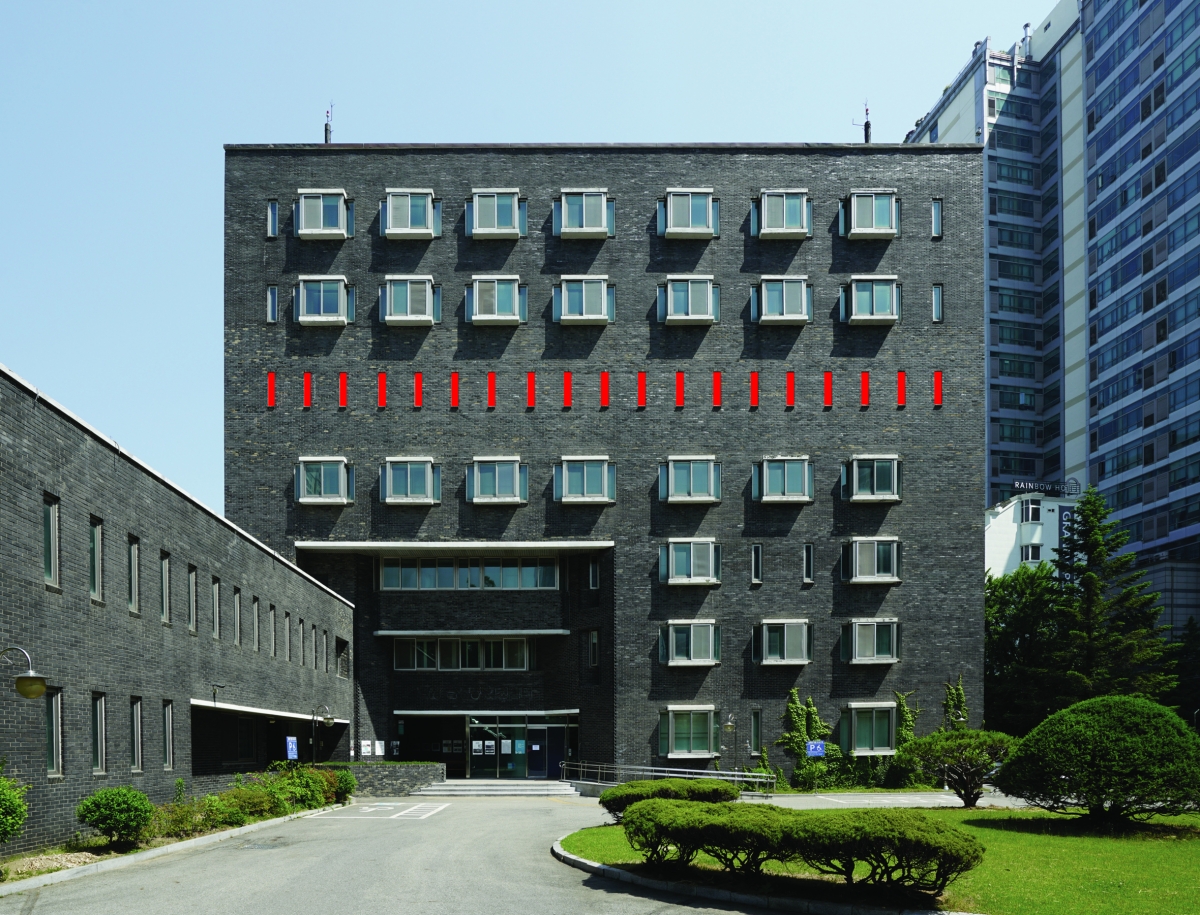