The Repair and Maintenance of Architectural Heritage over 20 Years

Mireuksaji Stone Pagoda, the eleventh National Treasure in Korea, is the largest existing stone pagoda and the earliest to be built around the 7th century. As the pagoda has been damaged and weathered over its 1,300 years history, its structural instability led to the decision to disassemble and repair it in 1998. However, it was not easy to examine the original form because there was no specific record of what it was like at that time. For this reason, the restoration was carried out in conjunction with the investigation research over the next 20 years. Then in Apr., the restoration work was completed, and the stone pagoda was opened to the public.

On May 10, in order to commemorate the completion of the stone pagoda, the National Palace Museum of Korea held a forum titled ‘20 Years of Repair of Mireuksaji Stone Pagoda: The Present Situation and Tasks on Restoration of Cultural Heritage’, co-hosted by the National Research Institute of Cultural Heritage, International Council on Monument and Sites Korea (ICOMOS Korea), Korea Association for Architectural History. The forum was organised to share the process of repair and investigation research of the pagoda, and to seek the desirable direction in repairing and restoring Korean cultural assets.

Topic presentations were conducted at first. First of all, Kim Hyunyong (curatorial researcher, the National Research Institute of Cultural Heritage Administration) presented the status and significance of the renovation of the Mireuksaji Stone Pagoda in Iksan. According to Kim, the stone pagoda had only six stories left on the North side, and the western side was covered with concrete from the first to the sixth floor. Rather than restoring the entire nine-story structure, the work focused on repairing up to six stories, but the lower floors from the base to the second floor reinforced the part swept away when considering structural stability.

Lee Wangkee (president, ICOMOS-Korea) came into the spotlight for discussing the concept of ‘original form’ and ‘authenticity’ of architectural heritage in the presentation titled ‘Preservation of Original Forms and Authenticity of Architectural Heritage.’ Lee mentioned four elements that make up the original form of cultural assets: meaning, formulation, materials, and techniques. Also, he said that the current policy of preserving cultural assets in Korea is focused only on the appearance and form of buildings. ‘When materials, techniques, and other contents exist together, not only in appearance, architectural heritages can secure its authenticity’, Lee said. ‘In particular, we need to consider traditional techniques that come down from generation to generation concerning the construction and repair of cultural assets.’

Lee Chanhee (professor, Kongju National University) discussed the authenticity of architectural assets in terms of material and function through the presentation titled, ‘Task and Usage of Original Materials in the Repair of Stone Cultural Properties’. ‘The ideal way to preserve stone cultural assets is to maintain structural functionality by reusing original materials, but we need to put more weight on the recovery of functional authenticity to further enhance the safety of the structure’, Lee said, adding that ‘In this regard, it seems appropriate to select and apply new stones to repair the Mireuksaji Stone Pagoda, which requires close examination of safety and side effects after the restoration’.

Jeon Bonghee explained that the concept of ‘original form’ of cultural assets had gradually expanded. ‘The reference point for restoring cultural assets has been diversified to include the founding period, the mid-period and the start of repair, and the scope of conservation targets have also expanded from materials and techniques to the landscape surrounding cultural assets’, he said. In this context, Jeon asked what criteria there were regarding the stone pagoda, leaving part of the column stone in the middle during the restoration.

In response, Kim Hyunyong said ‘our thoughts and concerns on original form were shallow, but we set the criteria of the repair as before 1915 by comprehensive judgment in reference to its processing technique and the restoration records in the Japanese occupation’.

Finally, Cheon Deukyeom talked about the progress of the repair project. ‘The restoration process used to be delayed due to external factors and administrative intervention’, he said. ‘Sometimes I wondered whether the meeting, which should decide upon important decisions regarding restoration, was an advisory meeting or a simple briefing session because it was not fulfilling its rightful function’. ‘We need to collect and organise records on the repair process that took place over 20 years’, Cheon also said. ‘We hope to learn from the process and to make a reference for self-reflection and use it as a manual at the site of preservation of cultural assets in the future.’ <by Lee Sungje​> 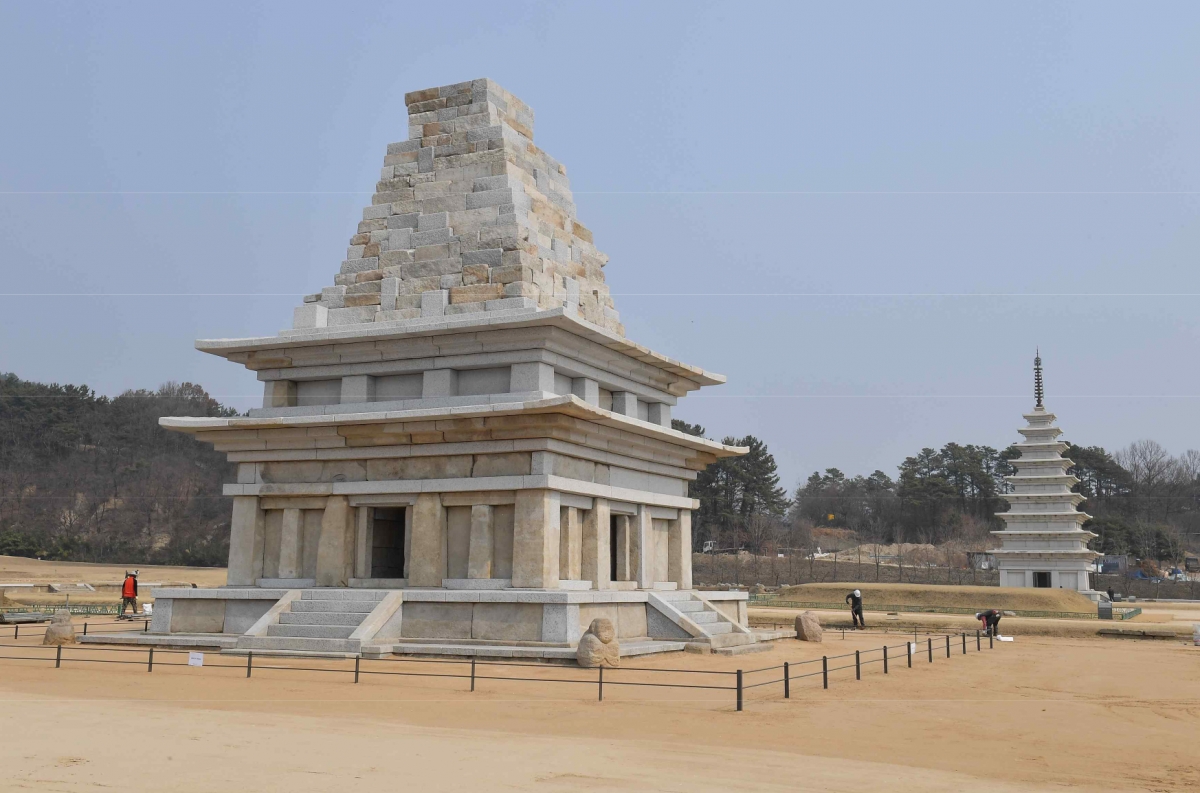 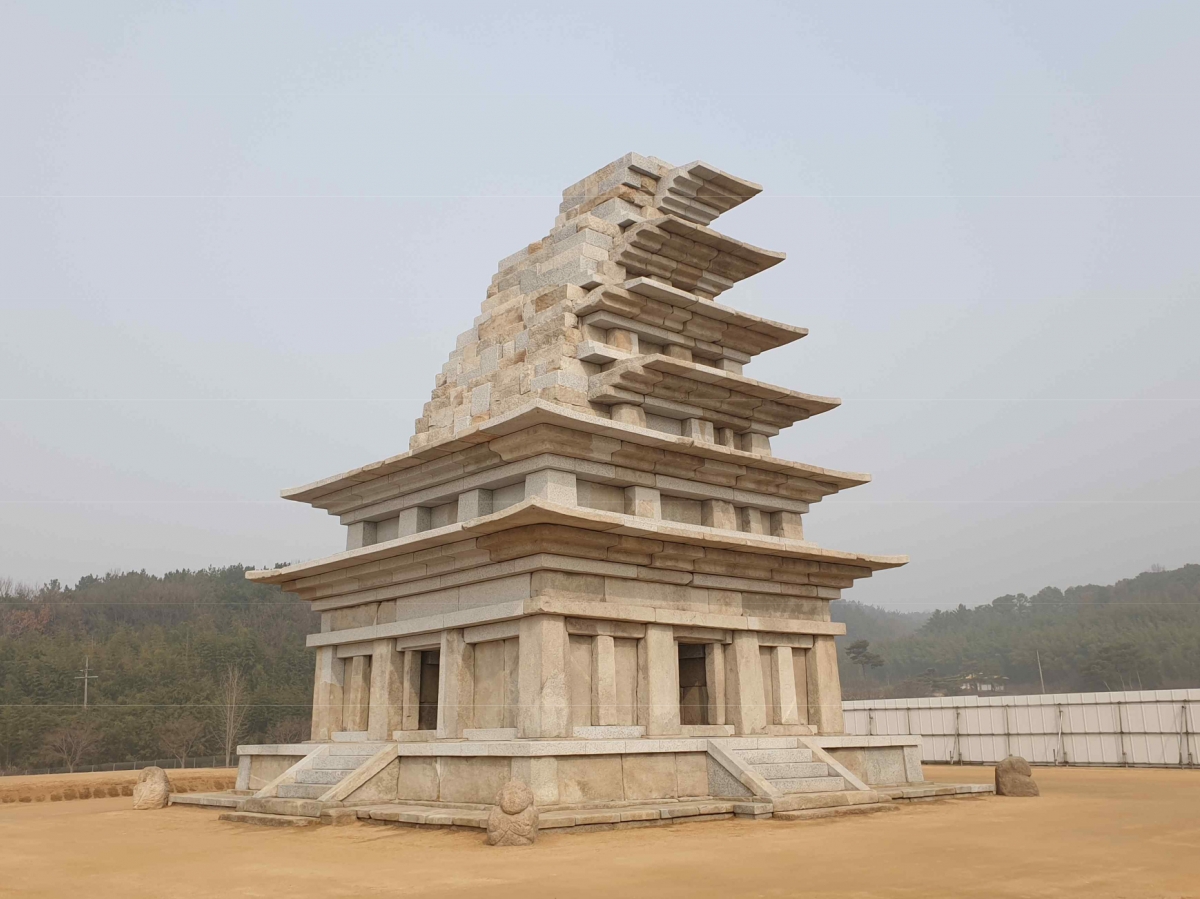