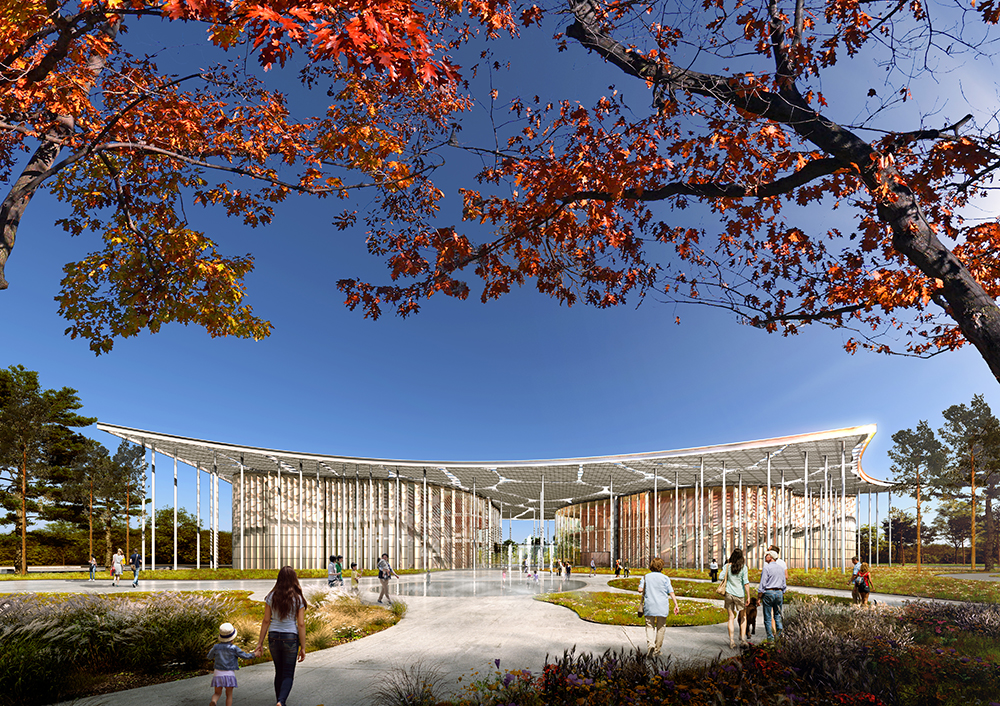 On Nov. 8, the blueprint for Yangju Art Center, the first professional performance hall in Yangju, was unveiled. Yangju City held a Design Competition for the Yangju Art Center last Aug., and announced HAEAHN Architecture (CDO, Kim Taeman) + KG Engineering & Architecture (principal, Cheon Byunghee) as its winner. The winning proposal connects the two masses of large and small performance halls and covered with a single roof instead of separating them. An outdoor stage and a park-type garden were planned around the building and between the masses in consideration of prioritising green areas and rivers adjacent to the site. The jurors highly appreciated the proposal for its ‘specialised performance facility with a high level of understanding of function’, ‘excellent use of the park for all four seasons’, and in particular, use of the site with its primary goal of limiting the building to land ratio and minimising civil engineering work in natural green area. Scheduled for completion in 2026, with a total project cost of 87.1 billion KRW, the Yangju Art Center will feature a performance hall and other facilities with a total floor area of 17,100m2, with one basement and four floors.