From Solitude and Warmth to a Sculpture That Embodies Life: ‘Moon Shin Retrospective: Towards the Universe’

The special exhibition ‘Moon Shin Retrospective: Towards the Universe’, which commemorates the 100th year anniversary of Moon Shin’s birth, opened on Sep. 1 and is currently on show at the National Museum of Modern and Contemporary Art, deoksugung. As someone who rejected the National Art Exhibition of Korea, which was an unofficial gateway to entering the Korean art world, Moon Shin is a one-of-a-kind artist who had become renowned for his extraordinary activities within and outside of Korea. Moon Shin, who was born to a Joseon man and a Japanese woman, and spent his youth in his hometown Masan (currently Changwon) before setting on the difficult path of studying western art in Japan to step into the art world as a painter. In his 40s, however, Moon suddenly moved to France. While repairing medieval castles to make a living, Moon discovered a certain sensitivity to the tactile, and started to focus on sculptural art. By buying building materials piece by piece through the sale of his artwork, Moon returned to his hometown in 1980 to design the Moonshin Museum of Art (currently Changwon City Museum of Art) and passss away the following year after opening in 1994. Using drawings made in 1960s to create sculptures through the 1980-90s, Moon pursued a commitment to his art throughout his life. This exhibition follows an order that is not chronological but adopts a tripartite structure divided across painting, sculpture, and architecture to explore his work.PART 1, ‘Into the Panorama’, displays Moon Shin’s paintings as a starting point. One gains an overview of how his figurative works, ranging from self-portraits, of Masan sealine and fishers, and haenyeotransitioning into abstract works with an emphasis on matière. PART 2, ‘Life of Form: Rhythm of Life’, showcases his wooden sculptures and drawings. As someone who believed that sculptures create themselves once one puts in enough effort and preparatory work in terms of sketches and carving, Moon left behind many drawings and sculptures. One can most particularly see in the work Ant (1985) a sense of three-dimensionality via the interweaving between the symmetry that resembles cell-division due to the various curved lines drawn onto one another and the asymmetry that is slightly skewed in a life-like manner. PART 3 ‘Thinking Hand: Artisanship’ showcases his bronze sculptures. The sculptures embody a sense of vitality that can be felt just by looking. As he was working alone in a foreign land, Moon was reminded of the warmth of its people from a polished floor, and he tried to express this sense of life through this lustre. PART 4 ‘City and Sculpture’ displays Moon’s expanded art world, such as his public sculptures and architecture via video, VR, and 3D-printed models. Like Moon’s drawings, the exhibition flow was generally divided into circles and curved lines were applied to the pedestals and walls. The way the soundscape transitions from a clearly-defined melody to an abstract field of noise resonates well with the sculptures to aid in a sense of immersion. The exhibition will be on display until Jan. 29, 2023. 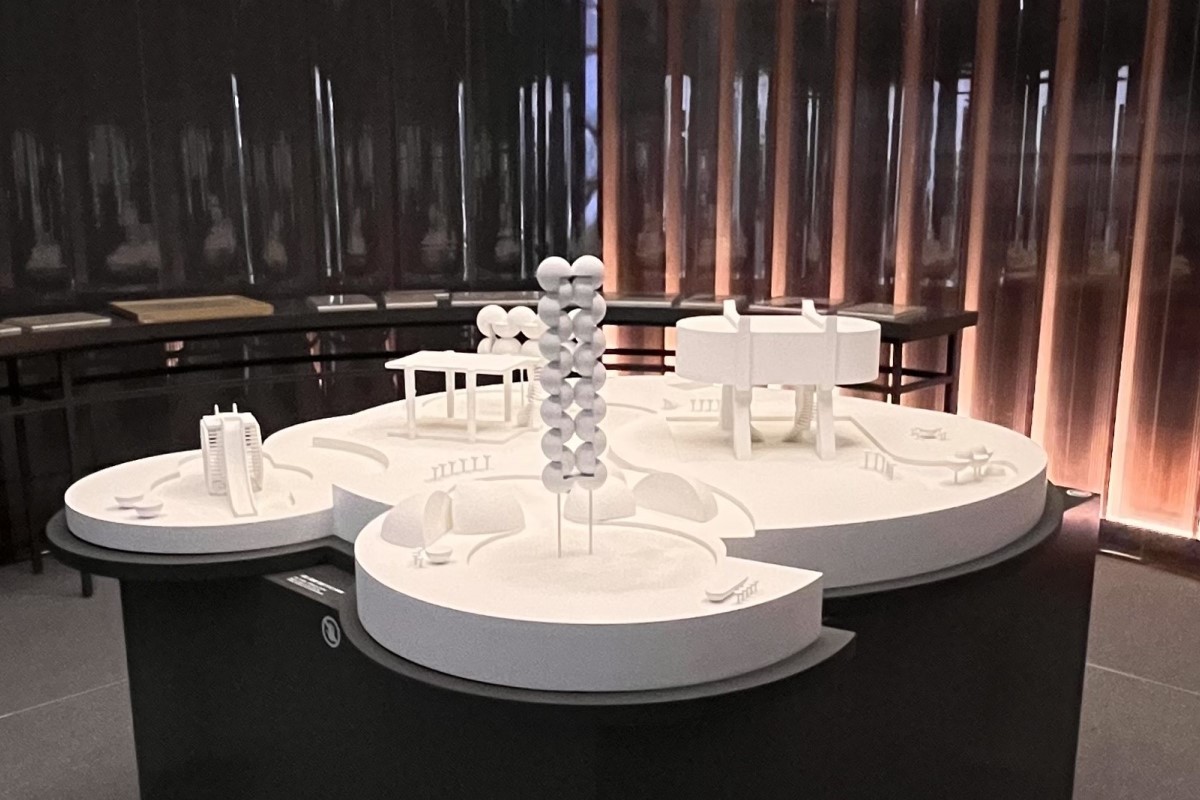