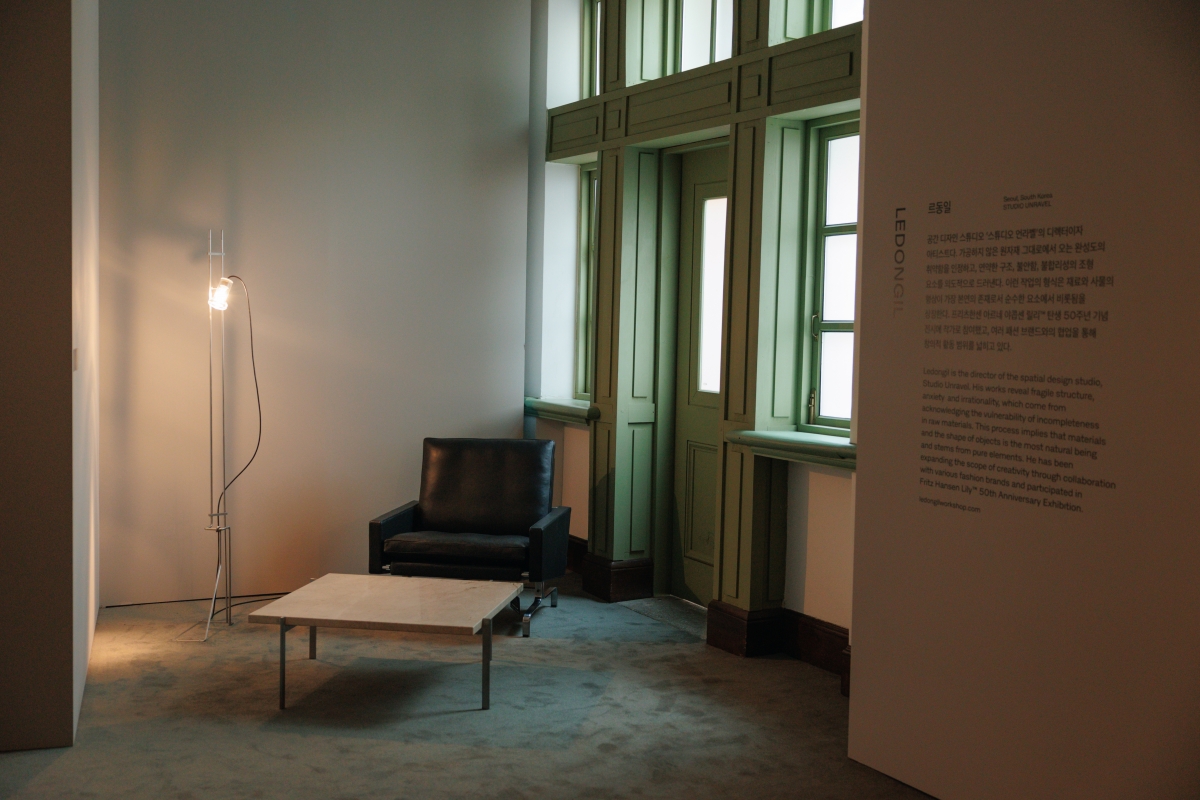 The exhibition ‘Shaping the Extraordinary – 150th Anniversary Exhibition’ co-organised by FRITZ HANSEN KOREA and Korea Craft & Design Foundation is being held at Culture Station Seoul 284 from Nov. 12. FRITZ HANSEN began as a small furniture workshop opened by a 25-year-old young man from Denmark in 1872. The exhibition traces how far the brand has come in terms of its uncompromising attitude toward aesthetic value for the past 150 years, becoming a globally-reputed franchise today. In the waiting room at the first floor, vintage products that represent FRITZ HANSEN such as its Church Chair (1936), ANT™ (1952), and SERIES 7™ (1955) as well as an archive of photos and videos are displayed. It provides an overview of how FRITZ HANSEN contributed to the history of Danish design over the past 150 years. Continuing from there, names of leading Danish architects and designers in the 20th century such as Martin Nyrop, Arne Jacobsen, and Poul Kjærholm appear from time to time. The exhibition reveals FRITZ HANSEN’s intention to revolutionise design by collaborating with influential designers of that time. Also, showcased by the exhibition is ‘Korea Project’, in which four intangible cultural asset artisans and three contemporary designers participated. The Seoul Intangible Cultural Heritage Jasujang (embroidery) Choi Jeongin embroidered plants and insects on SWAN™, while the National Intangible Cultural Heritage Yeomsaekjang (natural dyeing) Jung Kwanchae dyed EGG™ with Korean tones. These are all attempts to reinterpret FRITZ HANSEN’s aesthetics via Korean craftsmanship. Under the masonry structure of the old station that has stayed firm in its place since 1925, furniture that has remained true to its philosophy throughout the times can be found in each of the waiting rooms. It naturally induces one to reflect on FRITZ HANSEN’s idea of craftsmanship and its time-transcending beauty. The exhibition lasts until Jan. 5.