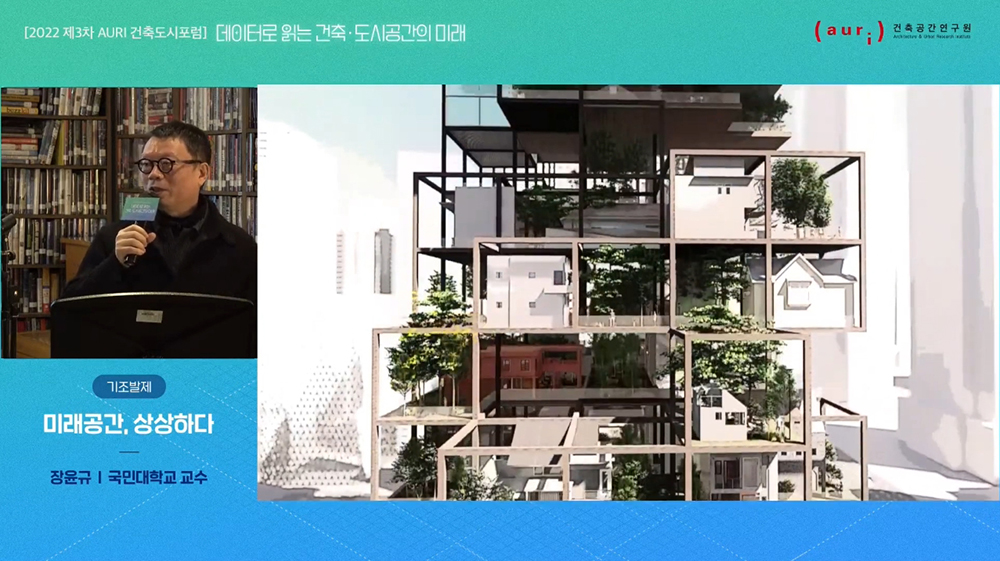 On Dec. 2, the ‘2022 3rd AURI Architecture and Urban Forum’ was held both online (YouTube) and offline (at Insa-dong KOTE) simultaneously. The theme was on ‘Reading the Future of Architecture and Urban Space Through Data’. The forum began with a keynote presentation by Jang Yoongyoo (professor, Kookmin University). By reflecting on terms related to the future in his book Compound Body (2005), Jang has written on various thematised cities based on these terms. In this presentation, Jang introduced ‘Air Purification City’, ‘Disaster City’, and ‘Vertical City’ with videos. One of these three, Vertical City, is a concept that reimagines the building floor as a public site. People can distribute and receive lands of Vertical City and build detached houses on them. The urban plan of the future was often drawn with the help of technologies such as IT and AI, and this is aptly illustrated by smart cities. Ahn Jiyong (chief researcher, Space Research Institute at LG Business Research) noted that this ‘concerns possibilities beyond data and environmentally-conscious technologies’, while the Finnish smart city Kalasastama aims to ‘give back to the people one hour of free time everyday.’ Park Soa
(vice-president, VAIV Company) explained how digital twin was applied in the development stage of 3rd Generation New Towns. Digital twin is a technology that simulates real-life objects and situations in virtual reality to predict results. By utilising this technology, legal appropriateness, landscape (skyline, coverage, view), and street facilities were reviewed in decision-making for the 3rd Generation New Towns. Also, virtual-reality platforms to pre-experience the city have been established for prospective inhabitants.
Even if it might not be something revolutionary, what solutions does the future promise to present problems? Kim Seungbum (principal, VWL) presented movements and life-zones of people by analysing phone data. What was of note was the amount of time spent by non-Seoul inhabitants in the capital area. In the cases of Andong-si, Iksan-si, and Yeongyang-gun, movements mostly led to hospitals or amusement parks in the capital area. This information reveals what was lacking in these people’s life-zones. Kim added that if we want to go beyond the empirical phenomena to understand the social operative mechanisms, one ‘must avoid becoming overly distracted by data and instead conduct qualitative studies in tandem’. A method to prevent accidents by utilising data was also introduced. The practice thus far in urban architecture regarding safety has been enhancing regulations after accidents have already occurred. By studying data such as architecture-related administrative information, Cho Youngjin (director, Bigdata Research of Architecture & Urban Research Institute) analysed the efficiency of designs regarding quakes, flooding, fire, and crime (CPTED). What was revealed through this analysis was that the places that were accident-prone mostly coincided with areas that recently suffered from disasters. If we were to utilise this study in the future, we would be able to preemptively detect vulnerabilities in order to enhance them and thus prevent accidents from occurring.
​ 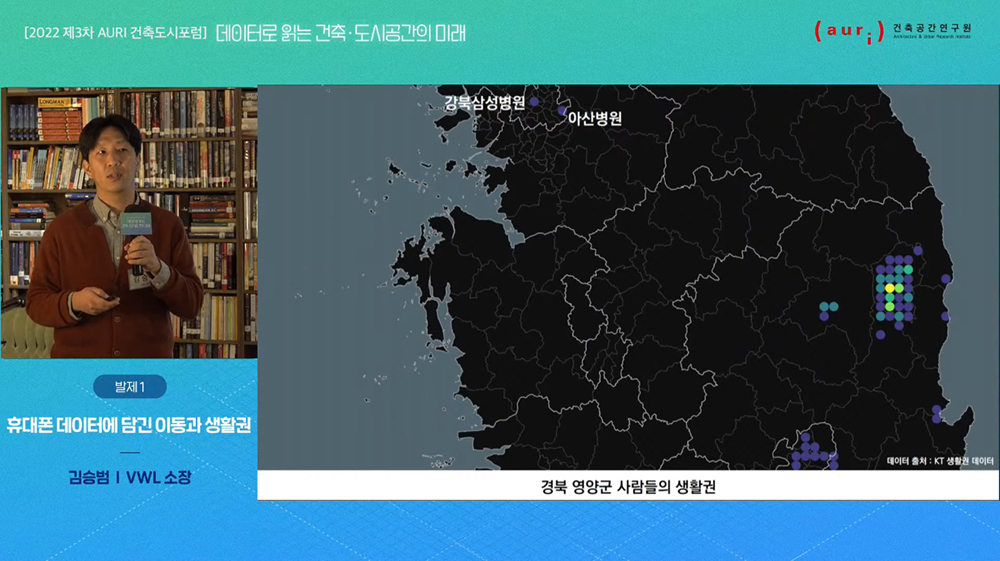 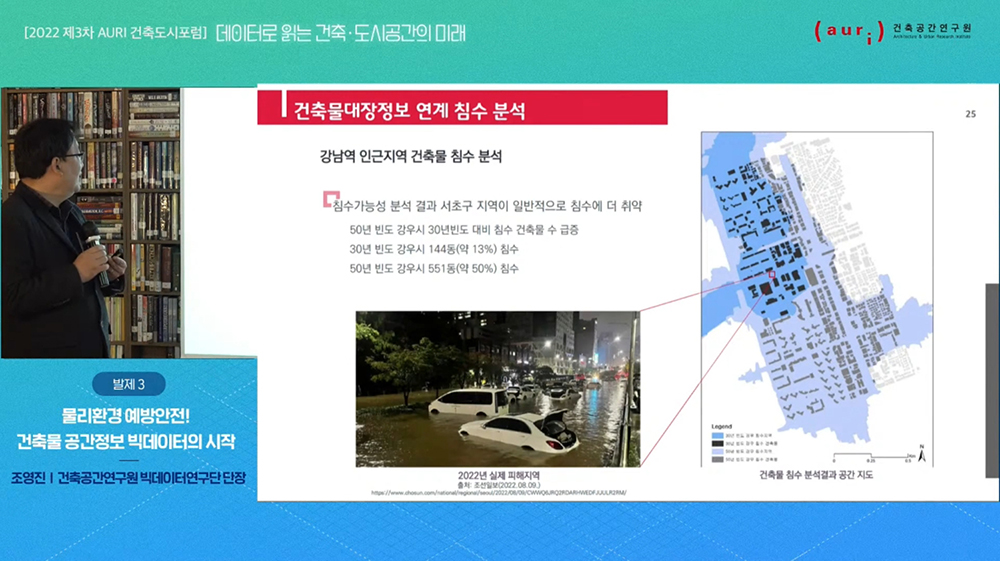