A WAY OF OVERCOMING THE CRISIS: ‘ARCHITECT AS A MANAGER’ 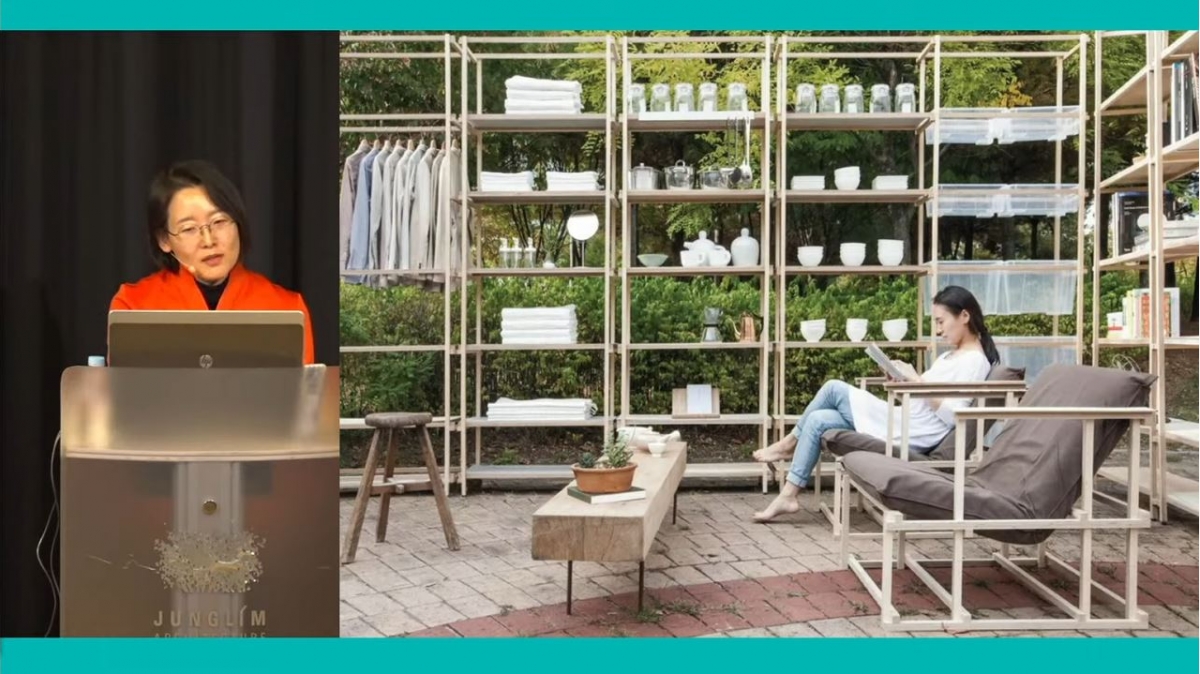 Architectural discussion, ‘Architect as a Manager’ / Screenshot from YouTube

The Korea Architects Institute has prepared six rounds of architectural discussions under the theme of ‘Architect as a Manager’, which will continue until Apr. 19, 2023. Two sessions have been held so far, and the lecturer at the latest discussion on Dec. 7 was Sook Hee Chun (principal, WISE ARCHITECTURE). She introduced herself as a student who was born in the 1970s and started her undergraduate in the 1990s. When she started her first career in a company in 1997, she faced the Asian financial crisis; when she was studying in the US, the 911 terrorist attacks happened; when she first started a company in the US, she experienced the subprime mortgage crisis. Having established herself as a leading architect, she is now adapting to work under the pandemic. After experiencing a major economic crisis, she built her own way of withstanding it. Giving an example from the ASAN NANUM Foundation case, that minimised the use of concrete members which requires high labour costs for carpenters and long on-site labour hours, she said that shortening the construction period by simplifying construction methods was one of her chosen methods. In addition, she said that focusing on small-scale projects can be an empowering move as a manager. She argued that most of the large-scale projects introduced in El Croquis were buildings built during the bubble economy period. She introduced what she heard from senior architects when she was preparing for her new company in Korea. Seung H-Sang (principal, IROJE architects & planners) propped her up by saying, ‘When we find an interesting project, let’s do it together’, and Kim Incheol (principal, Archium) gave practical advice from the point of view of the self-employed, saying, ‘Treat everyone with all your heart.’ The next architectural discussion that invites leading architects such as Lee Jinoh (principal, THE SAAI) and Kim Chanjoong (principal, THE_SYSTEM LAB) will deliver helpful comments to younger architects. All lectures can be watched again on the YouTube. by Park Jiyoun​