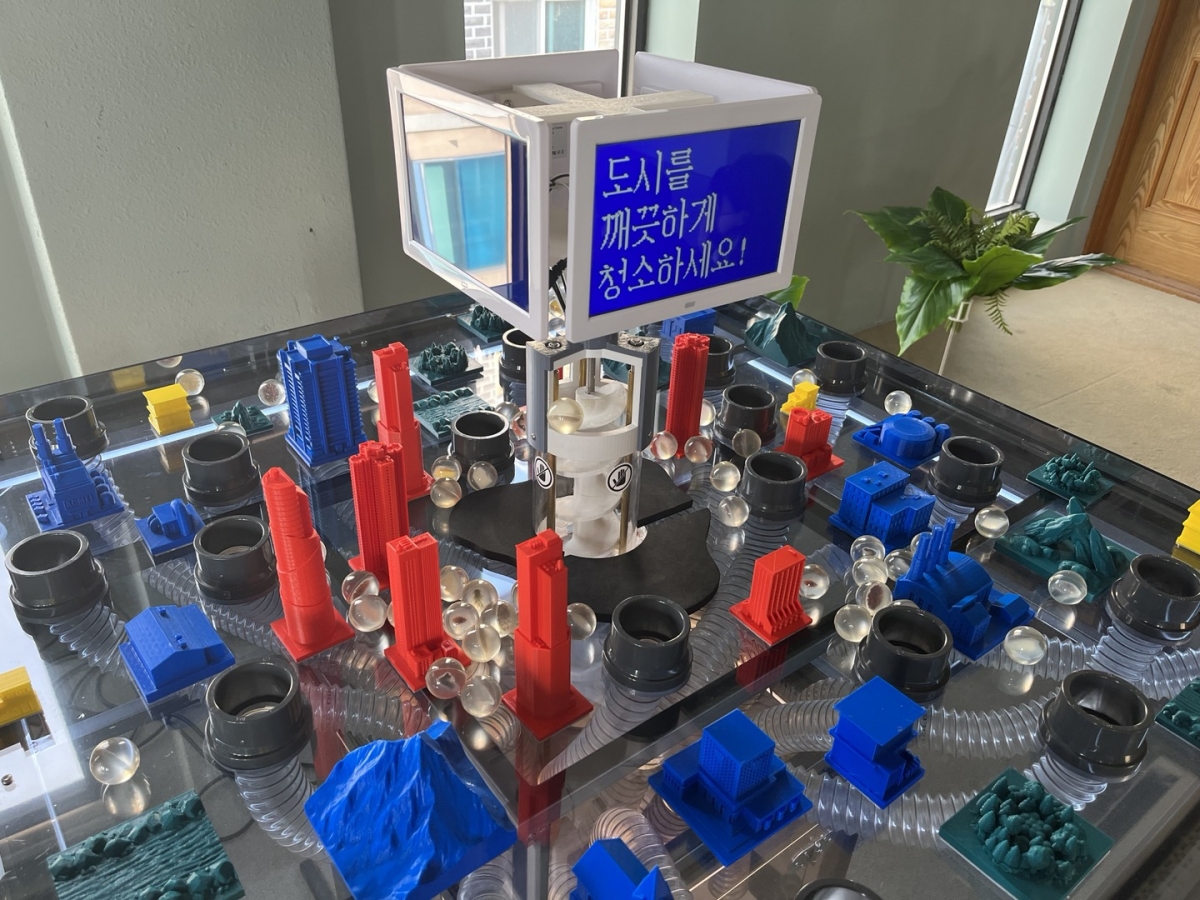 Can a city work without humans? In ‘Quasi-City Specimens’, Hwang Moonjung recognises non-human beings as organisms that can form relationships with each other and go through life cycles like creation and death. Here, non-human beings include the bugs, such as cockroaches, that we have negative view of as rubbish or filthy. Specimen#1-three-dimensional panorama_flowing through_the empty_frame is inspired by scaffolding, a temporary structure used for masonry or plastering. Images of weeds and rocks installed on the scaffolding were designed to move and circulate automatically. In order to break down the stereotype that solid buildings represented by bricks and concrete are the elements that form a city, the structures of scaffolding was borrowed and combined with other urban elements that have often been neglected. In Non-human Zone, audiences can step on a pedal to turn on internal light and see the pipe structure that runs and intersects like the organs in our body. If you put a ball, a metaphor for a non-human being, into a pipe, it rolls down and automatically rises again. Specimen#2- reversed scenery_of things-escaping_underground and Specimen#4-densely populated_crowd_pushed_outward embody backflow. They captured objects pouring out of sewers and bubbling foam out of pipes respectively. The idea that a city could not work without humans must have originated from human-centred thinking. Hwang Moonjung questions the idea and reminds us that identity of negative existence such as bugs and filth are only made possible by the human. This exhibition was on show until Dec. 6 at TINC (This Is Not a Church) opened by OUR LABOUR (covered in SPACE No. 654) after remodeling work at the former Myungsung Church. by Park Jiyoun