Memory Woven with Thread: ‘In Memory’ 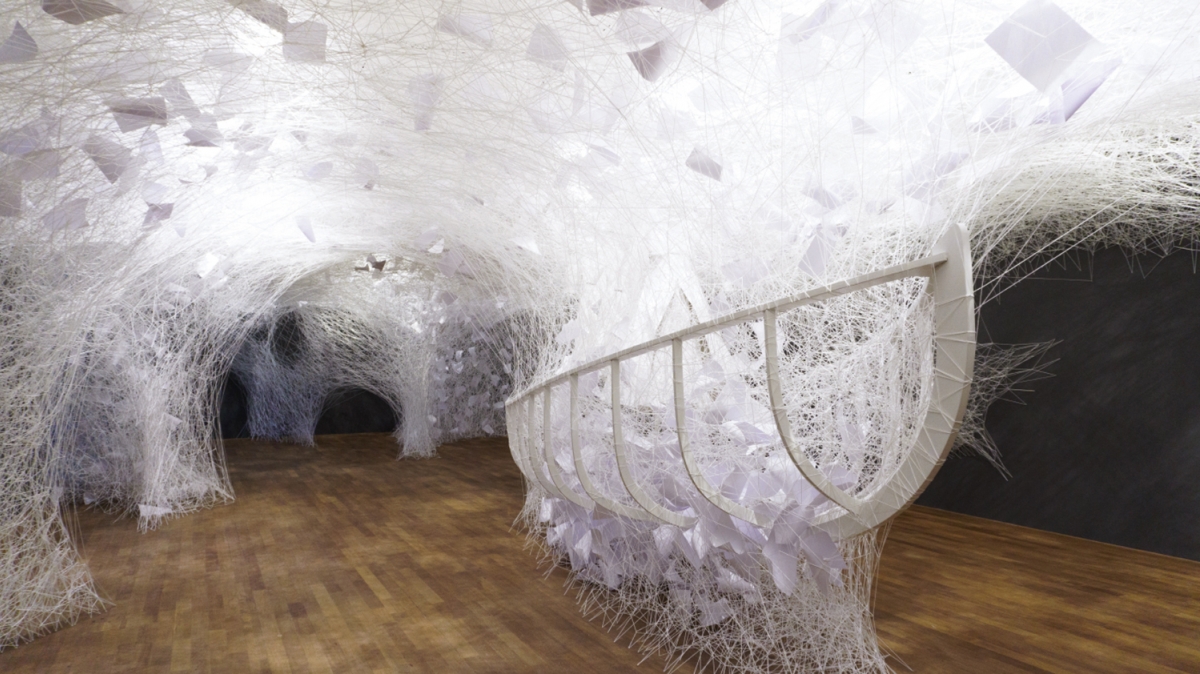 Shiota Chiharu’s solo exhibition ‘In Memory’ came to an end on Aug. 21. Born in Osaka, Japan, Shiota sprang to prominence as a ‘thread artist’, but she also uses everyday materials – other than thread – such as clothes and windows to create installations, sculptures, and drawings. These works derive from memories and past trauma: from the terror felt at her grandmother’s grave as a child, to a fire at her neighbour’s house, to her two battles with cancer. Her work reflects the vagaries of life and death.

As you enter the exhibition hall of the Gana Art Center, a series of drawings on the wall draws attention. Black and red threads or lines were repeatedly used to draw concentric circles and curves. Threads and lines become entwined, cut, and untangled, and there are occasionally one or two figures stood in the drawings. According to the artist, she wanted to embody the connectivity of human relationships through the lines. The following exhibition mostly displays three-dimensional artworks. The series State of Being is one of them. In this work, threads have been wrapped around the inside and outside of the cuboid structure, while old books, playing cards, love letters, and windowsills are hung on the threads on the inside. These objects are antiques collected by Shiota, and they signify that the elements and memories that comprise a human being do not vanish even after death. The exhibition concluded with a large installation work entitled In Memory (2022). Between the white threads that filled the entire space, a 7m-long wooden ship was suspended in the air, and three dresses were placed within the ship. The ship and the clothes are the objects that float on the sea of memory. ‘We are forever wandering in the sea of memory’, Shiota said, referring to the audience as they stroll along them.