SPACE receives the Ministry of Land, Infrastructure and Transport Commendation and the Kim, Jung-Chul Architecture Award

SPACE received the Ministry of Land, Infrastructure and Transport (MOLIT) commendation, awarded by the government, as well as the Kim, Jung-Chul Architecture Award from The Korea Architects Institute (KAI). Founded by architect Kim Swoo Geun in Nov. 1966, SPACE has established itself as a groundbreaking platform that has represented the Korean architectural landscape for over 56 years, forming a unique opportunity for discourse across architectural fields and leading the critical culture as an international academic journal registered in A&HCI. This award is even more meaningful in that as architectural media, not as an architects practice or a design organisation, it had been recognised for its contribution to the development of architectural culture. First, the awards ceremony for the commendation by the MOLIT was held as a side event to the commemoration ceremony of ‘The 18th Anniversary of Korean Architecture Day’ hosted by the Federation of Institutes of Korean Architects (Architectural Institute of Korea, Korea Institute of Registered Architects, KAI) and the MOLIT. At this event, held at Yongsan Park in Seoul on Oct. 6, not only this SPACE magazine but also 23 people (team), including Lee Sungkwan (principal, HANUL Architects & Engineers Inc.), Yoo Hyunjoon (professor, Hongik University), Sung Hong Kim (professor, University of Seoul), Junglim Foundation, and Chin Hyosook (photographer), received government awards and MOLIT commendations. The Kim, Jung-Chul Architecture Award, one of the special awards of KAI, was introduced in 2011 with funds donated by the late Kim Jungchul (chairman emeritus, Junglim Architecture). Kim Kwanghyun (emeritus professor, Seoul National University) was selected as the first winner in 2020, and this year the SPACE editorial team were selected as the second winner. The review committee explained the reason for selecting the SPACE editorial team as winners, stating that ‘It was immediately obvious to us that the SPACE editorial team are prominent and highly active across various fields of architecture’, and that they look forward to seeing even more signs of this vigour and activity. The award ceremony held at the Daegu Arts Center from Nov. 8. 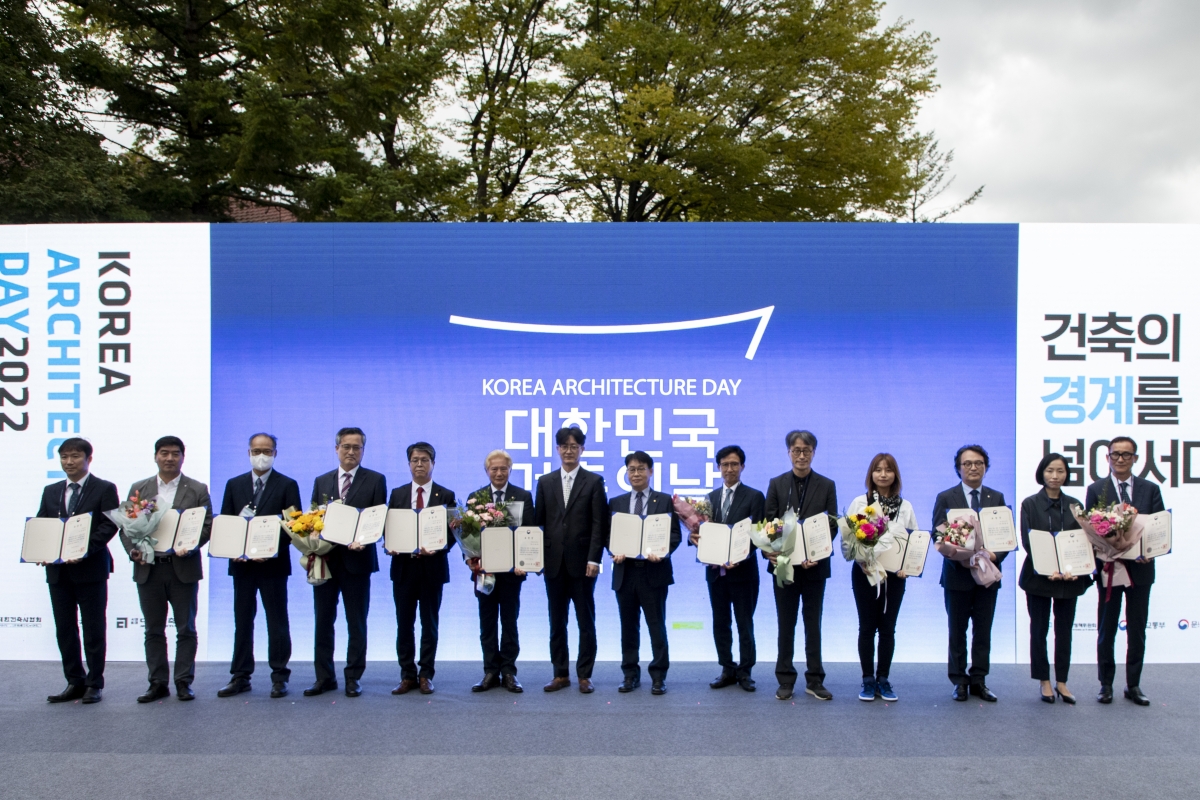