The results of the International Design Competition for the Nam-do Righteous Army History Museum hosted by Jeollanam-do were announced on Aug. 29. The contest was held as an international competition to collect, preserve, promote research, and inform the history and cultural resources of righteous soldiers and to create a complex cultural space in which visitors can enjoy the surrounding scenery. The target site is the Naju City Gongsan-myeon area (363,686.7㎡​) close to the Youngsan River. Among the works submitted at the first stage, five works were selected at the second stage, considering their connectivity and accessibility to the master plan. The final winner was the ‘Place of Metaphor’ submission of Hyunje Joo_Baukunst (principal, Joo Hyunje). It received positive reviews in that proposed architectural structure would be placed in a low area to face the natural scenery rather than other structures in the area, and so reenacts the historic record that it once appeared entirely white from the other side of Yeongsan River where a group of righteous soldiers gathered in the mountain. The Nam-do Righteous Army History Museum aims to open on June 1, 2025, after completing its design in the first half of next year with a total project cost of 44 billion won. 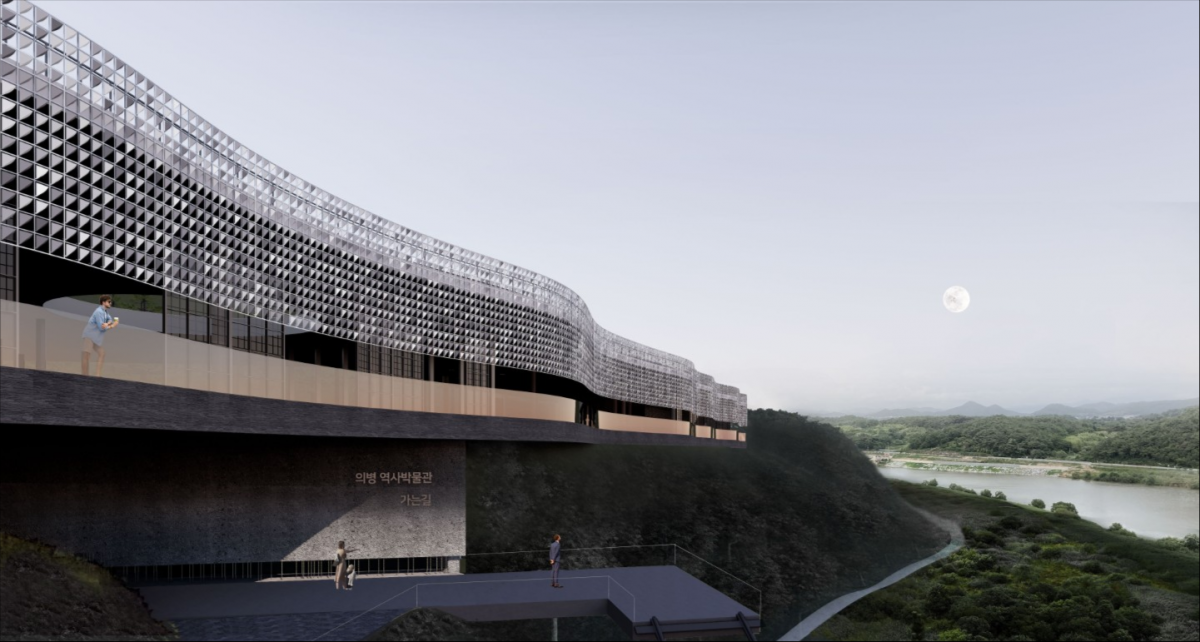