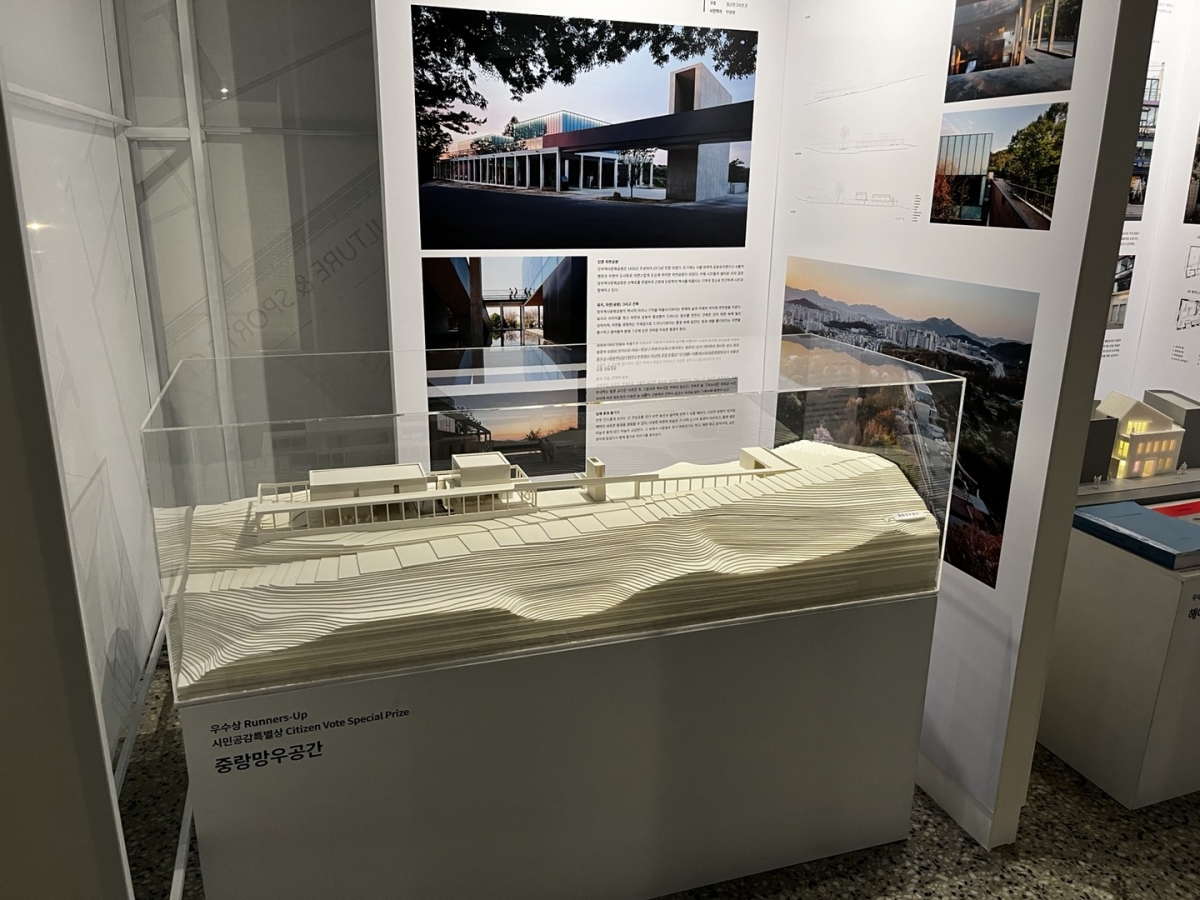 The 14th Seoul Architecture Festival was held on Sep. 14 ‒ 25 at Seoul Hall of Urbanism & Architecture. The festival was established in 2009, enhanced by Seoul Architecture Awards held annually since 1979. This festival operates under the theme ʻLifestyleʼ, trying to review our lifestyle, housing, and space where telecommuting, shipping, and delivery are here to stay due to Coronavirus Disease-19. The grand prize was awarded to 2JIP (principal, Lee Hyunwoo)’s Singil Middle School in the Seoul Architecture Award in the Completion Sector. The project aimed to design ‘a school like home’, dividing the school into a mass of a classroom size on a site surrounded by high-rise apartments of 20 stories or more. The Best Prize was awarded to three works, among them the Kim Geuntae Memorial Library (covered in SPACE No. 657) designed by Yeoneu Architects (principal, Hong Kyuseon), and nine works selected as the Excellence Winners including Jong-Am Square (covered in SPACE No. 644) by Simplex Architecture (co-principals, Song Sanghun, Park Chungwhan), Jungnang Mangu Space (covered in SPACE No. 657) by Jeong Jaeheon (professor, Kyunghee University) and MONO architects, and HaeAhJun (covered in SPACE No. 649) by SN Architecture (co-principals, Kim Sangeun, Kim Eunjin). In the cultural festival, models and display panels of the awardwinning projects were displayed providing an opportunity to see notable architectural projects at a glance. There was also an events programme that encouraged participation from architects, students, and citizens in collaboration. The Seoul Architecture Award added an International Student Works Sector this year, providing an opportunity for students to reveal their imaginative visions about architecture in Seoul. The public photography competition ʻArchitecture Story with Meʼ made apparent the changes to our lifestyles since the pandemic. In addition, the festival presented other diverse events such as discussion meetings with the award winners and architectural tours, which served as a place for communication among many on the topic of architecture. by Park Jiyoun​