Cheong Wa Dae was opened to the public on May 10. This is the first time in 74 years since the establishment of the Korean government. Cheong Wa Dae, which had a historical function as the presidential compound from Aug. 15, 1948, to May 9, 2022, is taking a new turn with the inauguration of President Yoon Sukyeol and the relocation of the presidential office to Yongsan on May 10. The opening includes main office building, official residence of the president, Yeongbingwan where official events were held, and even Nokjiwon which is the green space of Cheong Wa Dae. The Presidential Transition Committee opened the official website ‘Cheong Wa Dae: Back to the People’, which offers services such as visit application, information, and public communication. In consideration of the great attention paid to the early stage of the opening and the ensuing inconvenience and safety issues, the number of visitors was limited to 6500 per each turn, and 39000 per day. The winners of the visitor applications were allowed to freely tour the presidential compound. A variety of cultural and artistic performances were held at Cheong Wa Dae, Gyeongbokgung Palace, and Bukaksan Mountain during the special opening event on until May 22. More than 5 million applied for the visit, and 377,000 visited the presidential compound, showing public attention to the event which continued for 13 days. After the event, the interior of the main facilities of the compound, such as the Yeongbingwan and the Chunchugwan added to the range of opening, which allows visitors to experience the historical site up close. In addition, the Bukaksan Mountain trail, which had been blocked due to Cheong Wa Dae, was also fully reopened. The Cheong Wa Dae Public Opening Promotion Team of the Cultural Heritage Administration noted, ‘We will make every effort to transform Cheong Wa Dae into a representative. 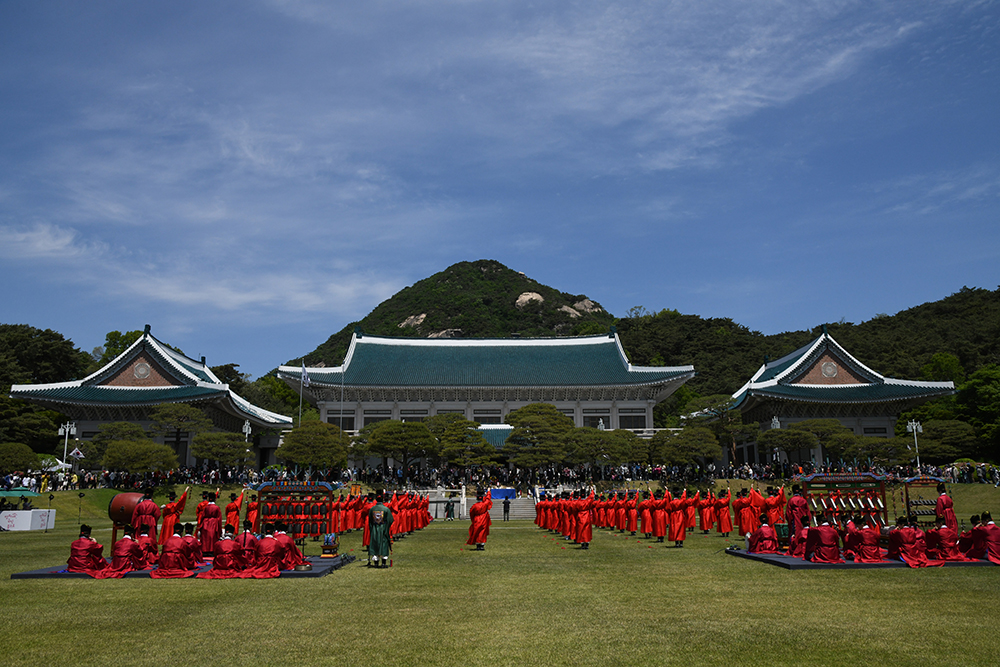