The exhibition ‘CHEUNG CHEUNG CHEUNG: WHERE WE ARE’, which features divisions in our society as a consequence of architecture and seeks alternatives, has been on display since May 5. The exhibition under the theme of ‘daan (steps)’ is an inclusion initiative by the Soda Museum of Art, which has witnessed the threat of social harmony due to diseases, disasters, civil war, and climate change over the past few years. The daan is a strong vertical element in architecture, while it implies hierarchy, power, generation, and so on. The architects and designers of the three teams contemplate the social meaning of the daan in their own way and reinterpret it in pavilion work to fill the physical space of the Roofless Gallery with a new sense. Forced Vanishing Point by Park Jihyeon, Cho Seonghak (co-principals, B.U.S Architects) is a work that intentionally maximises the depth of space by installing standardised wood layers along the columns of the exhibition hall. The work installed in the place where it was used as a café terrace of the art museum creates an illusion in everyday space and provides an unusual sense of empathy. The gap between the scale of a real space and the visual senses poses a fundamental question to visitors about the world they see and sense with their eyes. Kim Sejin (principal, JIYO Architects) interpreted the steps as a kind of hierarchy. His work, Uncertain Dimension, confronts the rigidity of the hierarchy and the immovable steps. A vertical surface and a horizontal surface forming a step are daringly removed, and the sight is guided by a layer left with only a round point and a trace of the inclined line. The gap between the steps created by removing the faces is filled with the ever-changing light and shadow, wind and scenery, to complete the work. Kim Sejin’s unexpected new-dimensional scene metaphorically shows a world that looks solid but has room for change due to organic relationships. Balloon King Chair is a balloon chair in an architectural scale made by furniture designer Yeon Jinyong. The lively colours and flexible shapes of the huge balloon chairs surrounded by gray concrete make a strange contrast yet create an unfamiliar but interesting landscape. If solid concrete means rigid Korean society, the Balloon King Chair represents each individual with diversity and individuality. The contrast and harmony between the two physical properties make us rethink the communication and harmony of divided social communities. The Soda Museum of Art stated, ‘We hope that visitors will not simply look at the work, but rather experience it directly through active activities and focus on the message it transmits’. The exhibition is on show until Oct. 30. 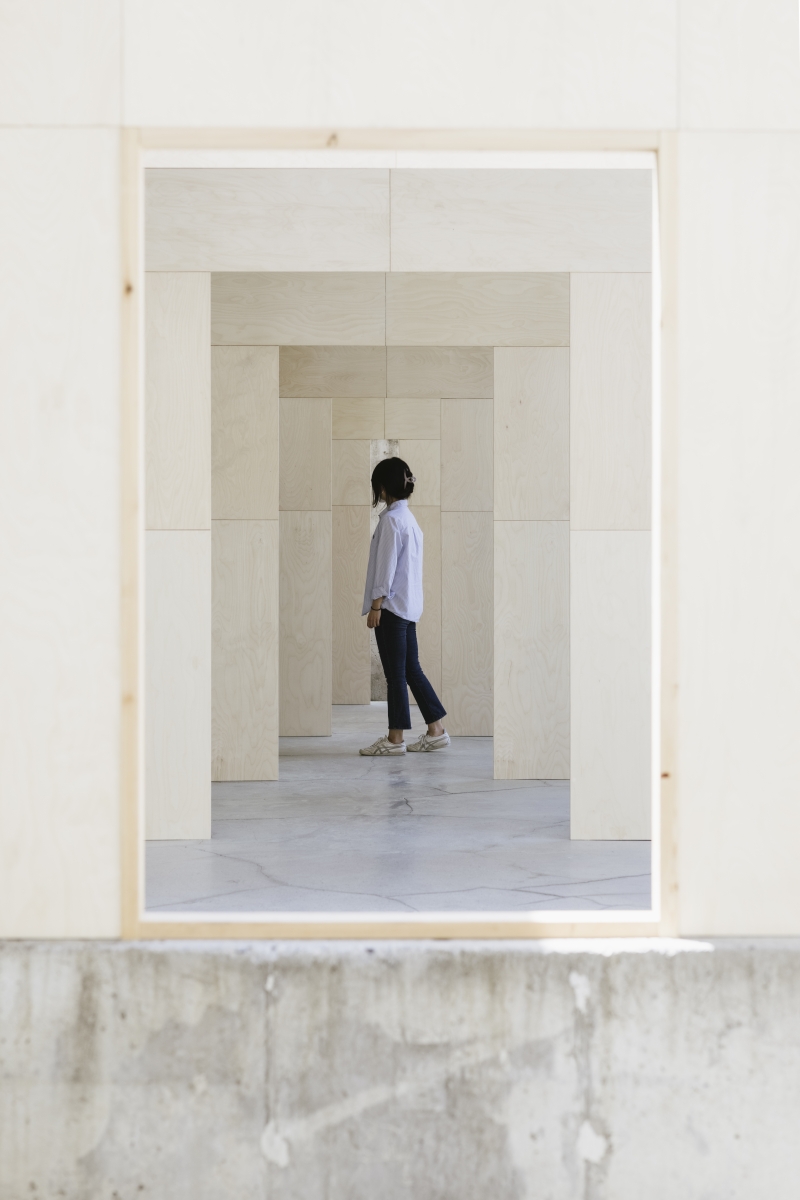 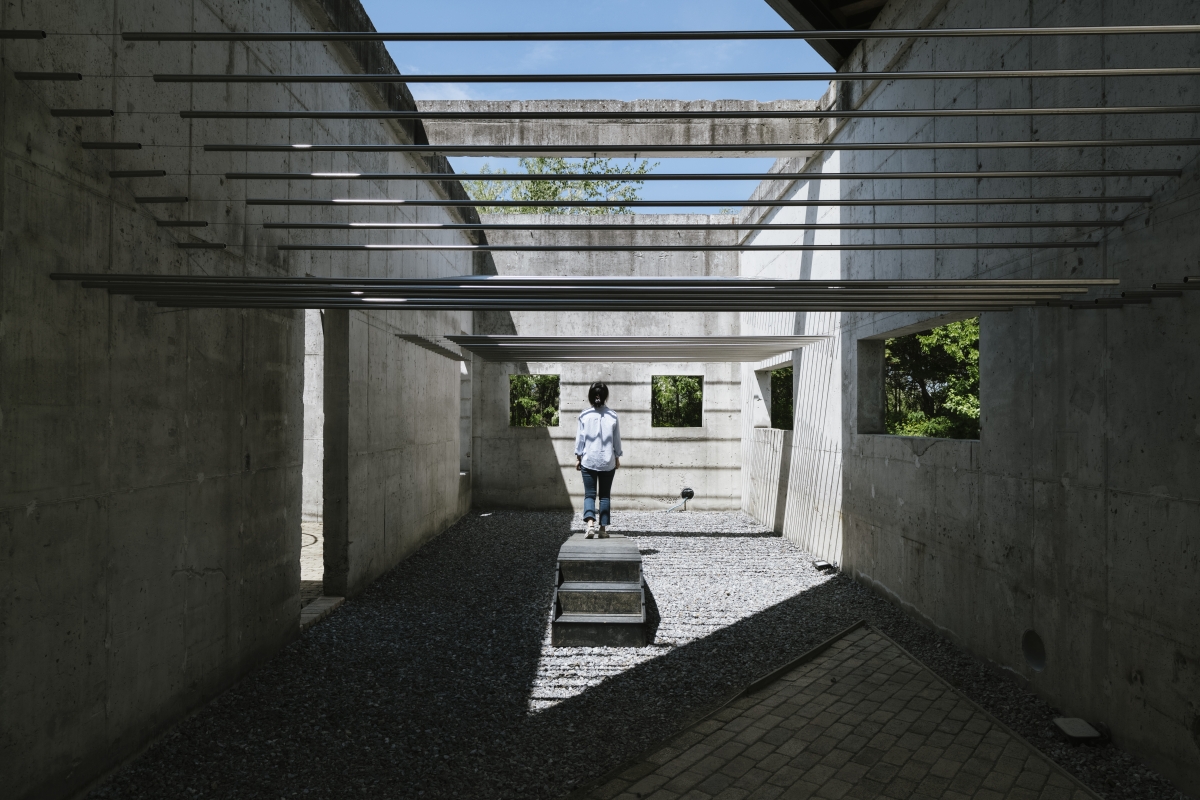 Uncertain Dimension​ / Image courtesy of the Soda Museum of Art 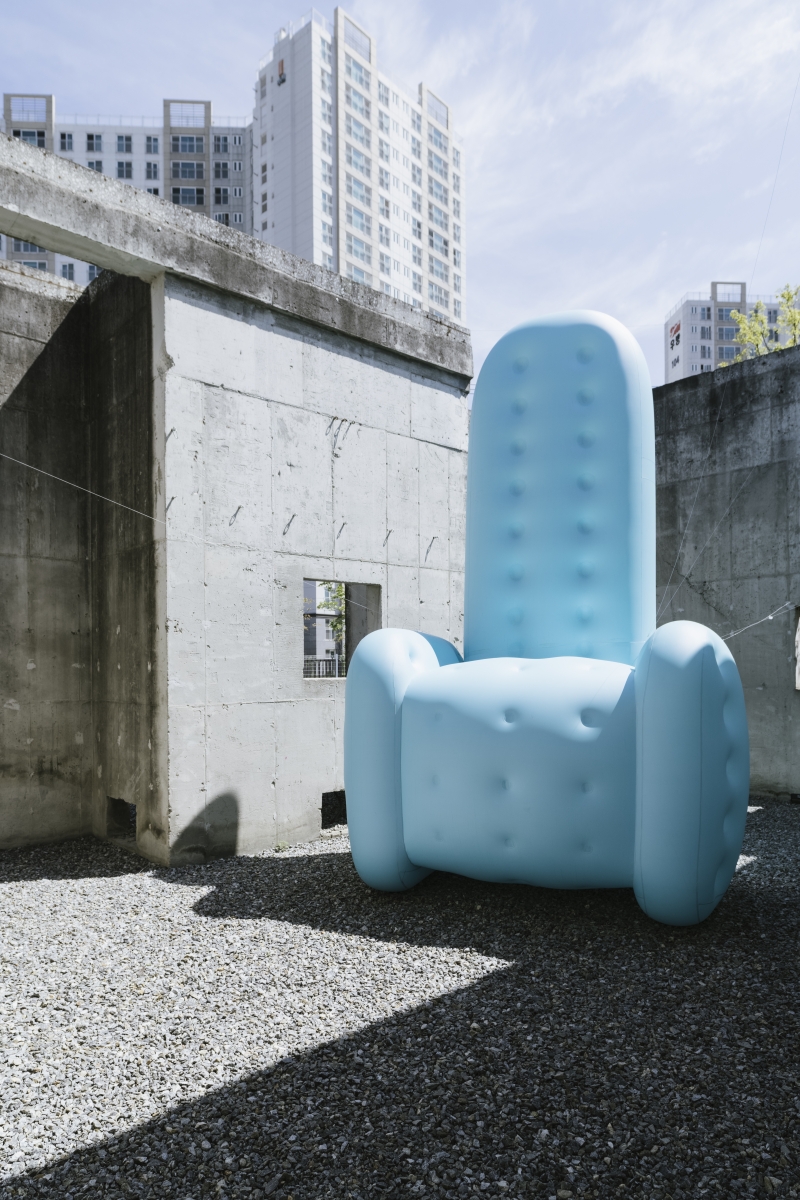