IMAGINING A ‘SHELTER’ FOR FUTURE GENERATIONS TO BREATHE: ‘HABITAT ONE’ 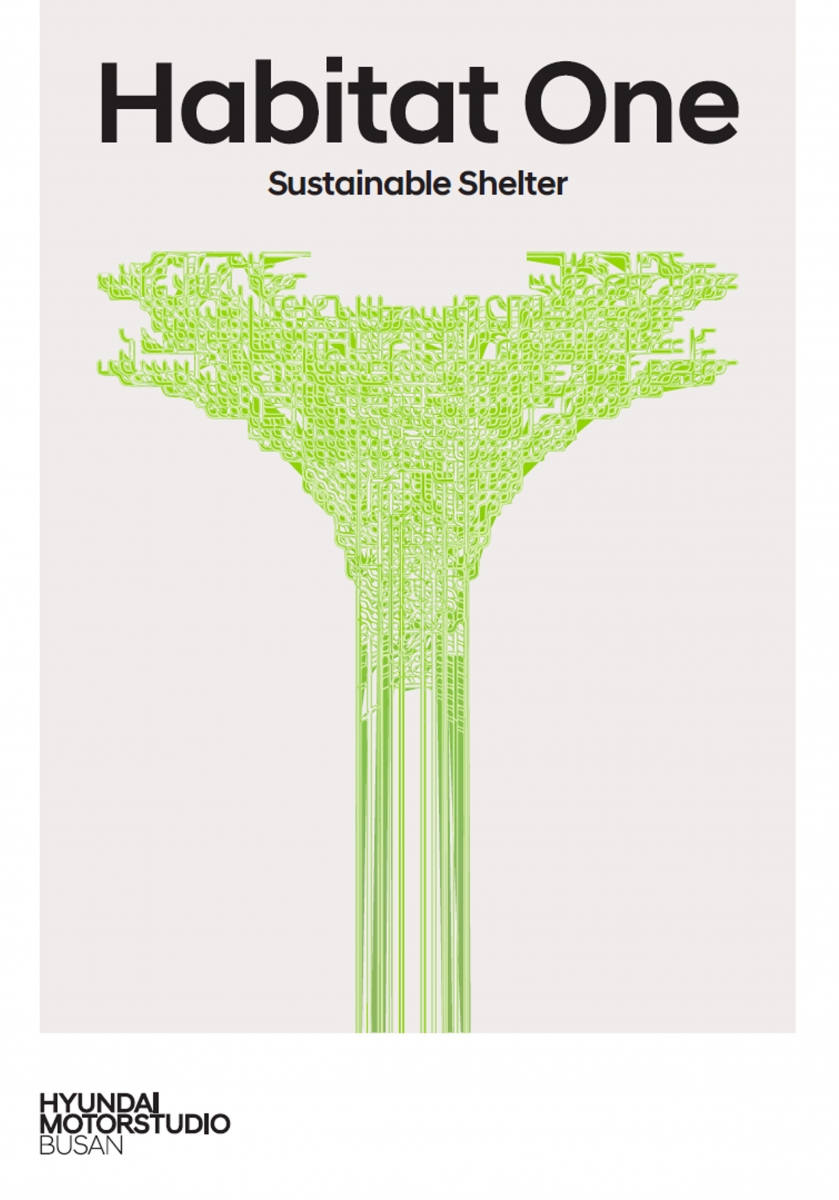 As the crises posed by climate change become a reality, carbon neutrality has become a national mandate in countries around the world. Hyundai Motor Company is joining this journey to advance a sustainable future by announcing its plan to ‘Achieve Carbon Neutrality by 2045’, hoping that the next generation will become ‘Generation One’ to live in a carbon-neutral era. The exhibition ‘Habitat One’, which opened at Hyundai Motorstudio Busan on July 7, asks what life will look like for the generation free from the climate crisis. The five imaginations of ecoLogicStudio (co-principals, Claudia Pasquero, Marco Polotto) and BARE (co-principals, Jeon Jinhong, Choi Yunhee) who responded to the question are at the exhibition hall.

EcoLogicStudio (covered in SPACE No. 648) has been thinking about an approach to sustainable coexistence of cities and nature based on architecture and microbiology, and this exhibition focuses on microalgae known as ‘algae’. The 10m-high Tree One, grounded in the floor of the first floor and reaching to the end of the second floor, is a new type of living organism realised by artificial intelligence 3D printing. Another work, H.O.R.T.U.S. XL Astaxanthin.g uses jelly-like algae as its main ingredient. It is a large sculpture that purifies the polluted air through the photosynthesis of algae, and is expected to function as a resting place for future generations among the urban forests.

If EcoLogicStudio have integrated ‘living’ nature into the urban environment, BARE have built a residential environment with ‘living’ objects. BARE has previously presented ‘place-adaptiveness’ (covered in SPACE No. 633), unraveling the exploration of architectural and environmental interactions with mobility and variability. Air of Blooms and Inhabiting Air, a collection of moving modular robots, are at the extension of it. Air(e), which makes up the two works, responds organically to people and the environment, locates and moves where they need to, and combines as much as they need to create a suitable place to relax. It goes without saying that solar panels are self-sufficient in energy needed to move. In addition, the air membrane assembled in Air(e) repeatedly contracts and expands to control the indoor environment, in line with BAREʼs recent work on new circular building systems that have been ‘assembledʼ(covered in SPACE No. 645).

Air(e) repeatedly inflates and contracts emitting the loud sound of air passing, and on the other side, the cultured algae makes a bubbling sound and releases oxygen. Even when the exhibition closes, the materials used in the work will not lose their vitality and will prepare for the next evolution, or they will be completely decomposed as a part of the natural cycle. The exhibition is on show until Jan. 8 next year. 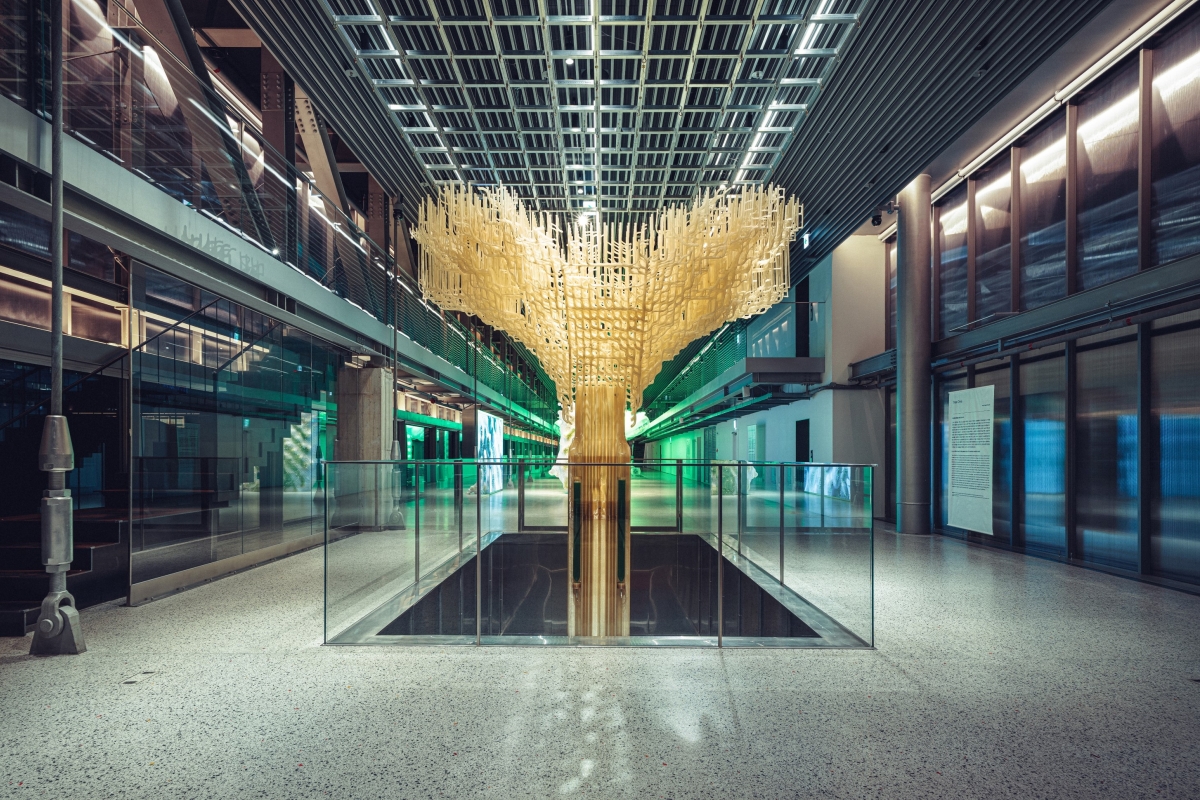 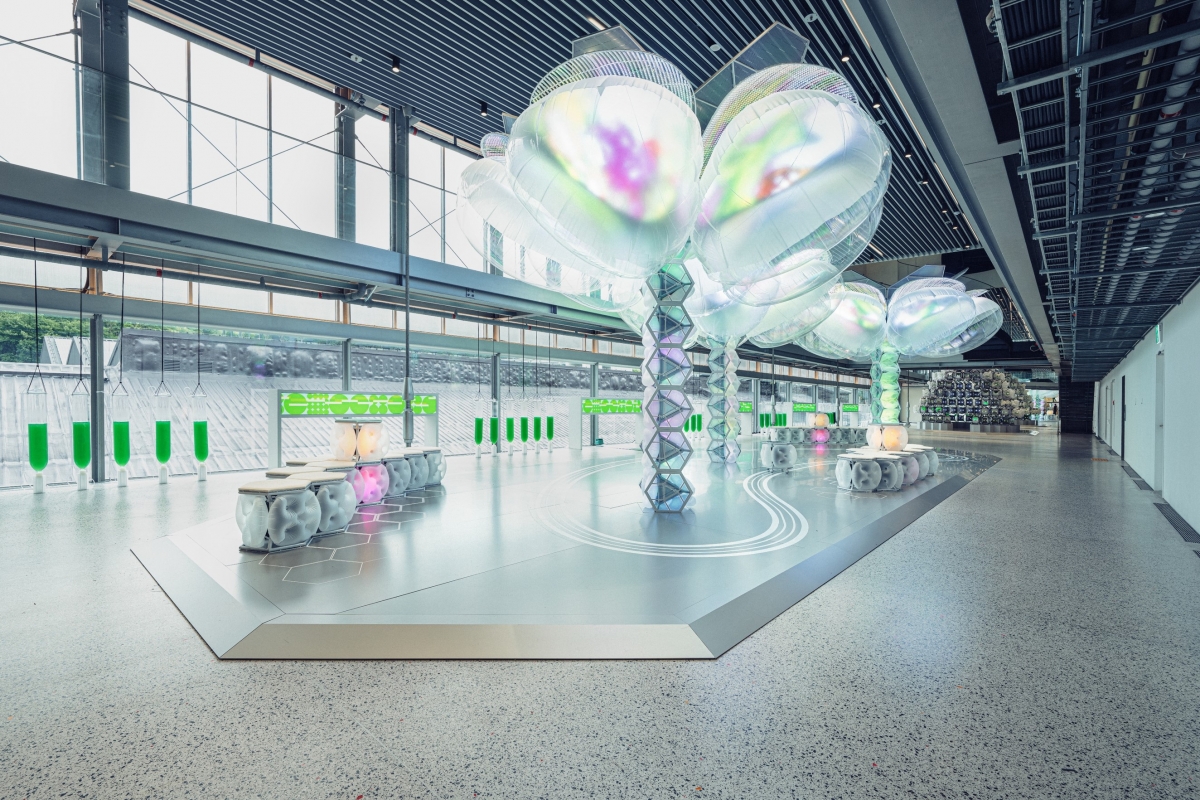 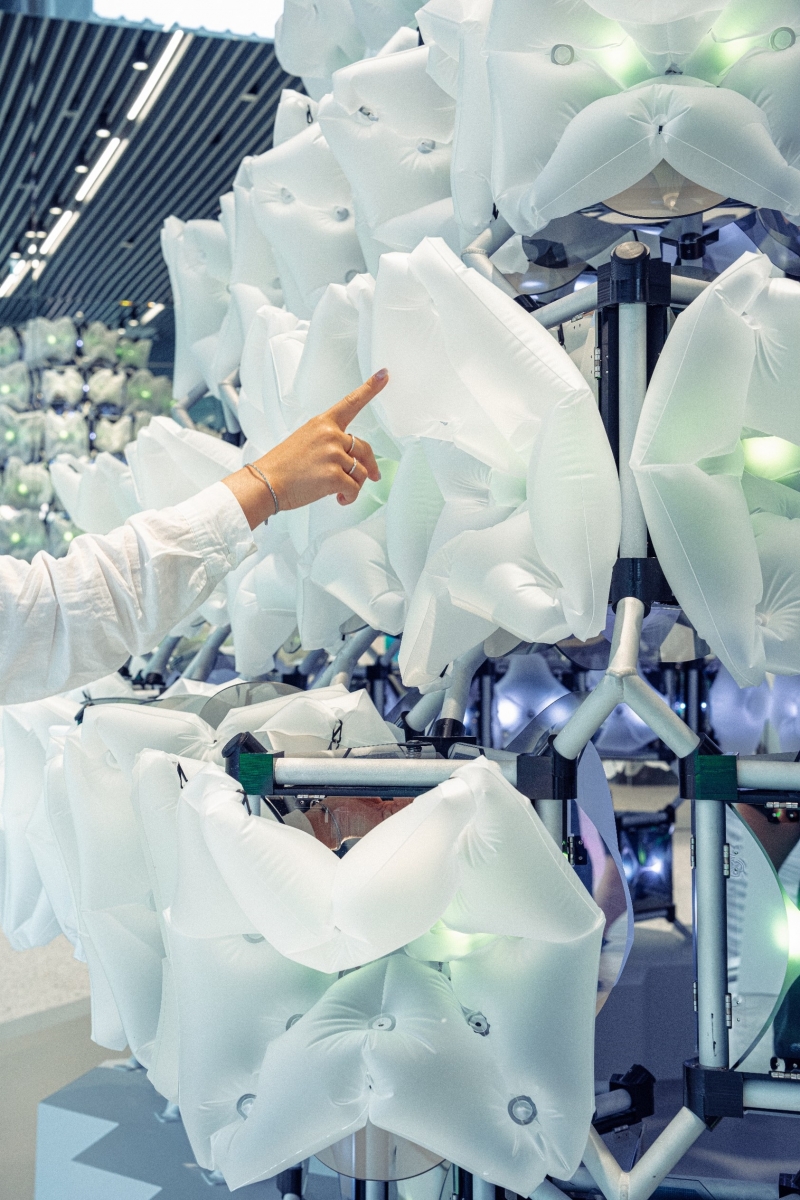