A PRESENT RECORD OF THE PAST AND THE FUTURE: ‘LOOK BACK ON THE PAST, DREAM OF THE FUTURE, AND GAZE UPON THE PRESENT’

The photography exhibition, ‘Look Back on the Past, Dream of the Future, and Gaze upon the Present’, was held from Feb. 18 at the partially opened site of the US military base in Yongsan-gu, Seoul. The Yongsan Garrison has long been a land beyond the border that Koreans were not permitted to enter for 118 years. However, as the US military moved to Pyeongtaek in 2016, a government project to convert the site into a park has been underway. In August of last year, part of the site was opened to be used as a residence for US military officers to the public. The Yongsan Garrison, which is transforming itself from a prohibited space into a public park symbolising freedom and peace, is currently at a transitional stage. The exhibition was planned as a record of the present day of the location. A total of 50 photos are on permanent display, all taken by Kim Myungjoong, who is well-known as the exclusive photographer of Paul McCartney. Kim captured various scenes inside and outside Yongsan Garrison, including places where public access was restricted. Some photographs describe the past, such as swings left alone and closed working facilities in the returned sports field, while others conceive of the future, featuring vines grown on wire fences and the moment of a sunrise taken from a place overlooking the site. Through the artist’s lens, the viewer looks at the present, recalls the past, and imagines the future of Yongsan Garrison. The completion date of Yongsan Park has not been determined. As it is a far-sighted large-scale project that will stretch over the next 100 years, the Ministry of Land, Infrastructure and Transport, the organiser of the exhibition, emphasised the continued attention of citizens as the most important element.​ 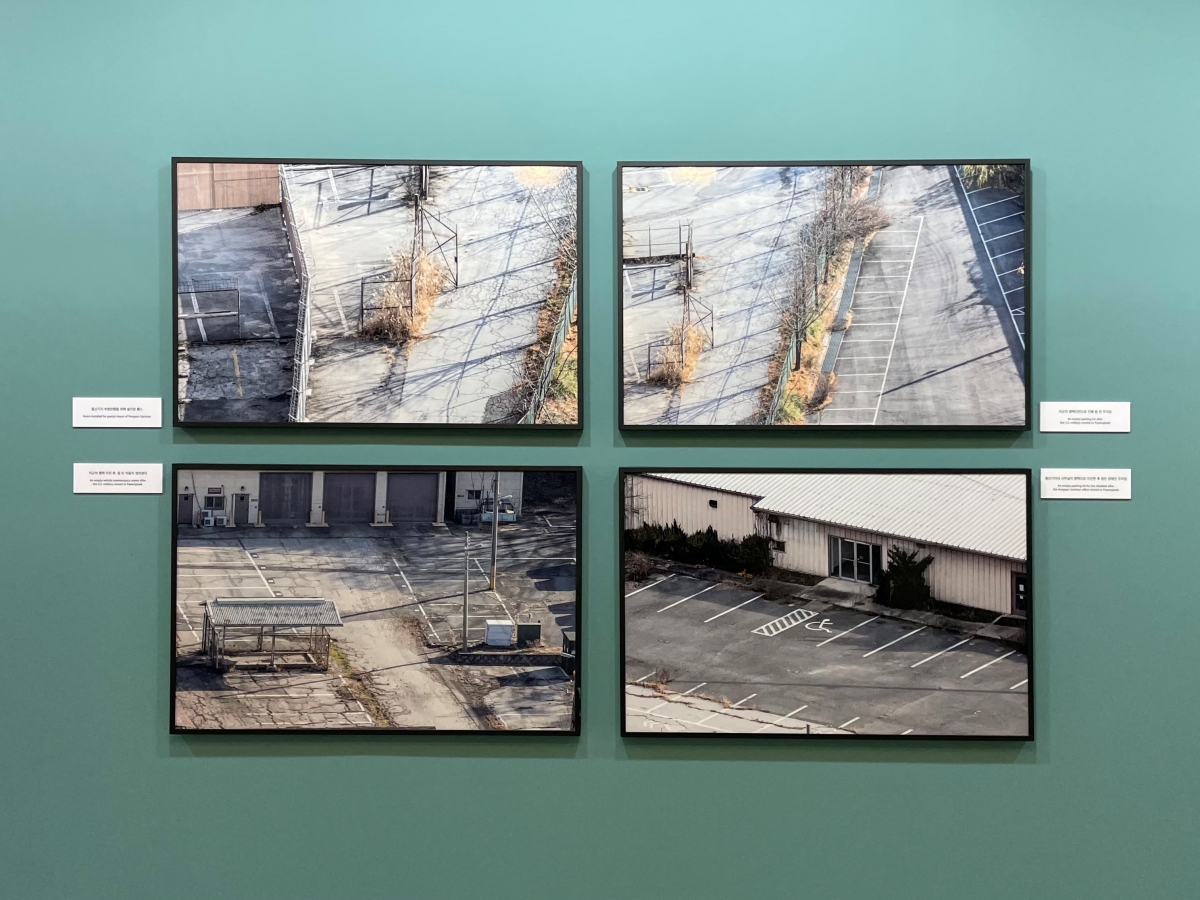 Exhibition view of ʻLook Back on the Past, Dream of the Future, and Gaze upon the Presentʼ ⓒYaelim Youn